Even before the snowdrops and crocuses burst into welcome bloom here in Brooklyn there is another showier and even earlier harbinger of spring: the clusters of fragrant, bright yellow flowers of the evergreen shrub Mahonia aquifolium. 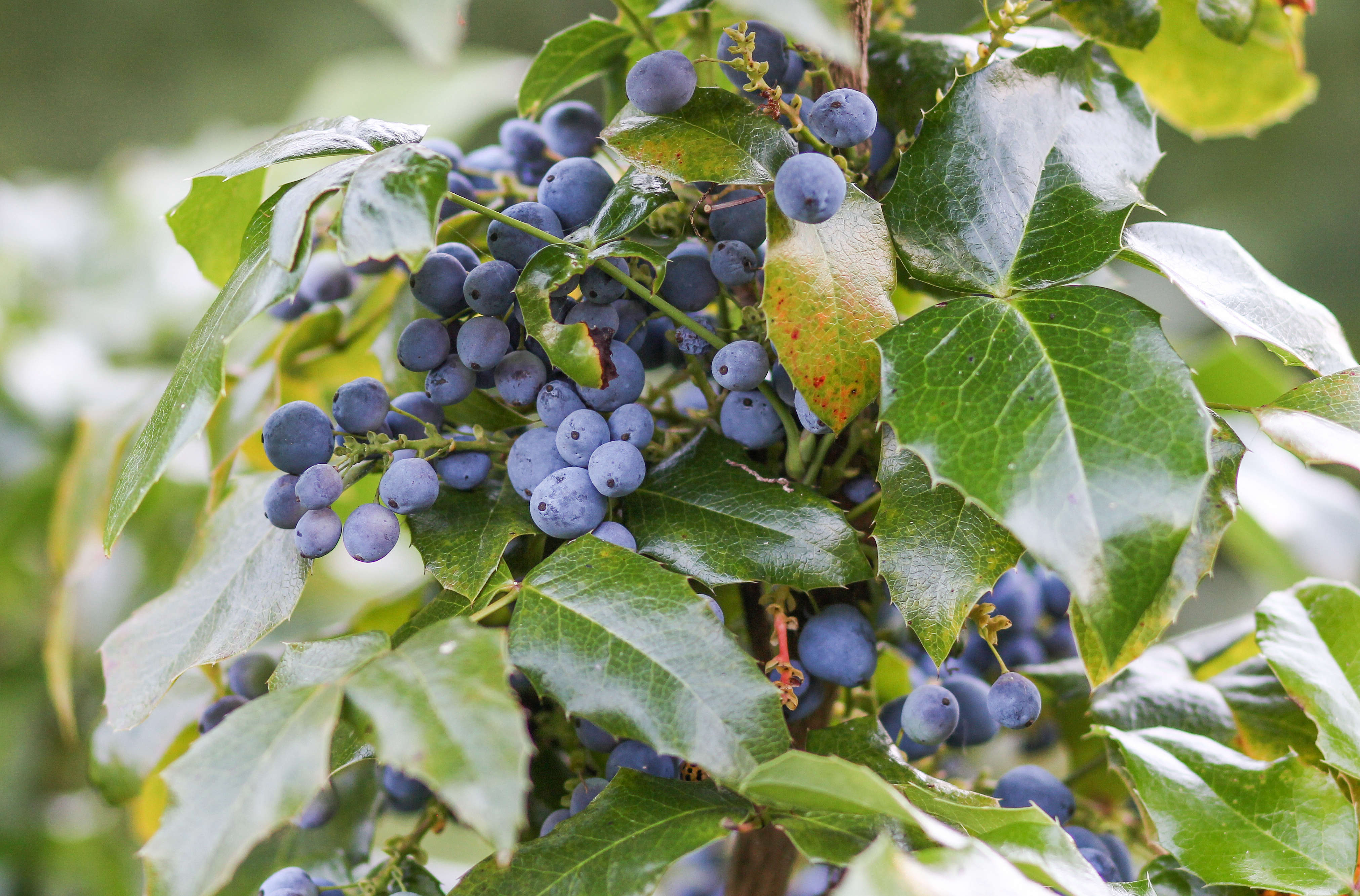 Mahonia is a genus of more than 70 species of prickly broadleaf woodland shrubs of the Himalayas, East Asia, and North and South America. Mahonia aquifolium is a native of Canada and the United States that is most closely associated with the American Northwest.  Indeed, although it also grows from California to British Columbia, in eastern Canada and in parts of the eastern United States, it is the official state flower of Oregon. 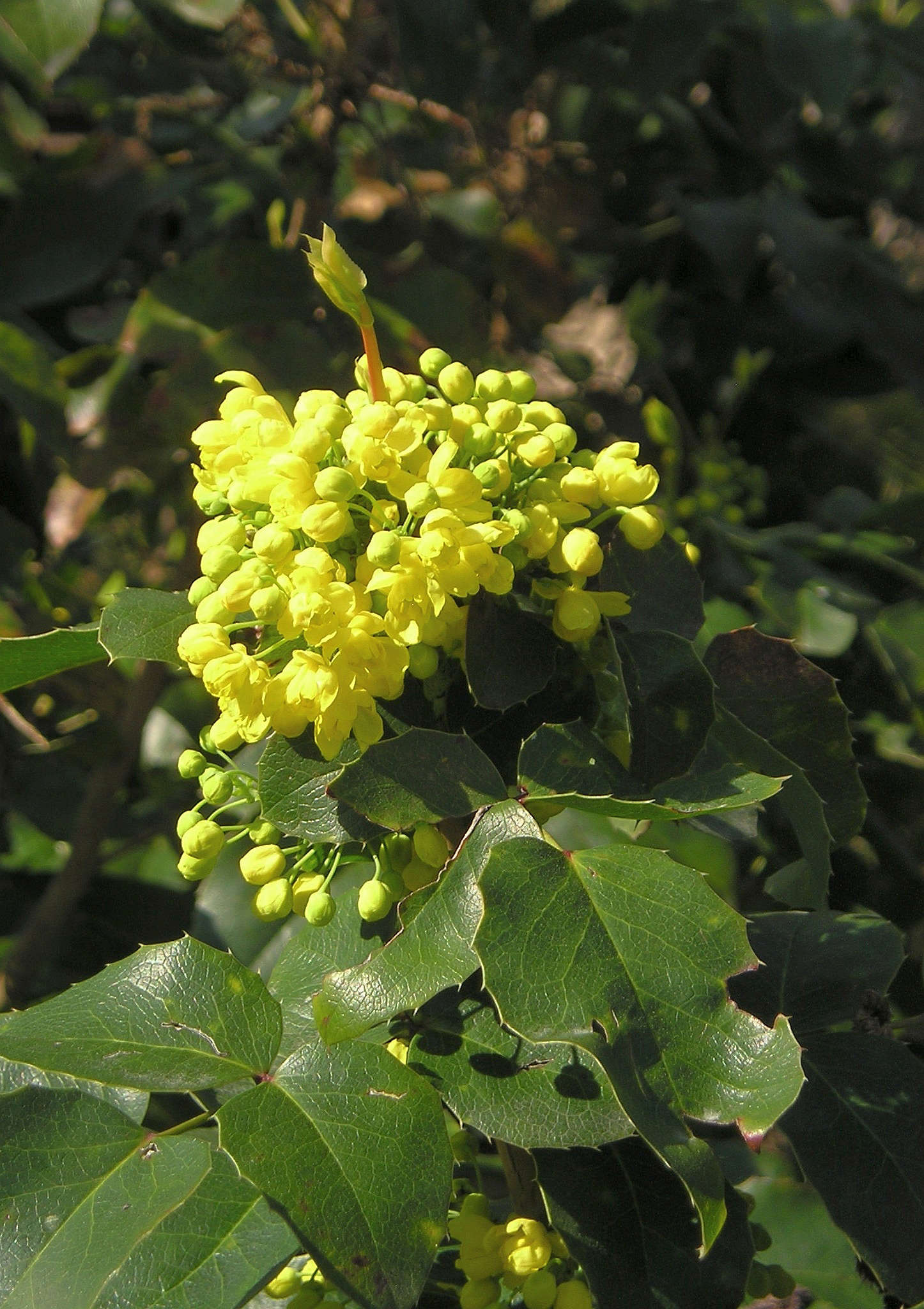 This statuesque plant is easily grown and possesses a number of desirable traits considered quite important in today’s ecologically minded landscape design.  It is one of the few shade plants that provides full four-season interest: spring flowers, clusters of summer berries, fall color, and reliably green winter foliage. Additionally it is a wildlife magnet.  Hummingbirds, robins, mockingbirds, thrashers, towhees, and many other berry-eating birds feast on the fruit. A thicket of Mahonia can provide an ideal sheltered spot for nesting song birds.  Bees and butterflies are enthusiastic pollinators of this plant. 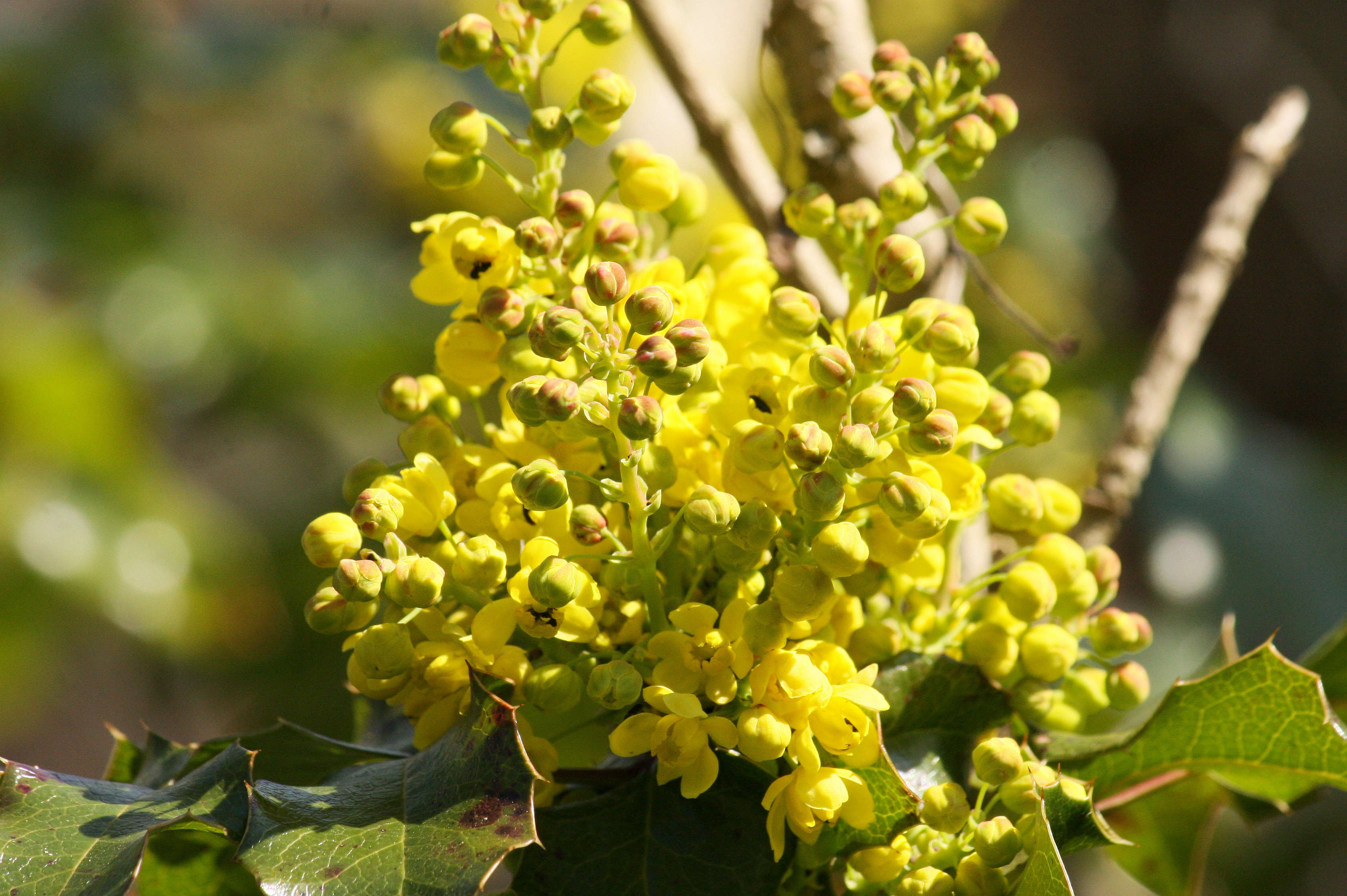 Mahonia is a slow but steady grower that spreads by sending out suckers to form colonies. It is wise to keep on the lookout for sprouts and quickly remove them if you don’t want this plant to take up more than its fair share of your garden real estate.

Jennifer Williams, curator of the Shakespeare Garden at the Brooklyn Botanic Garden, cautions that Mahonias can become leggy when grown in deep shade and advises pruning carefully (beware those spiky leaves). Her preferred method is to cut the plant hard to the ground.  It might seem drastic at the time, but Williams says Mahonia tolerates this restorative treatment well and will recover nicely in a few years. 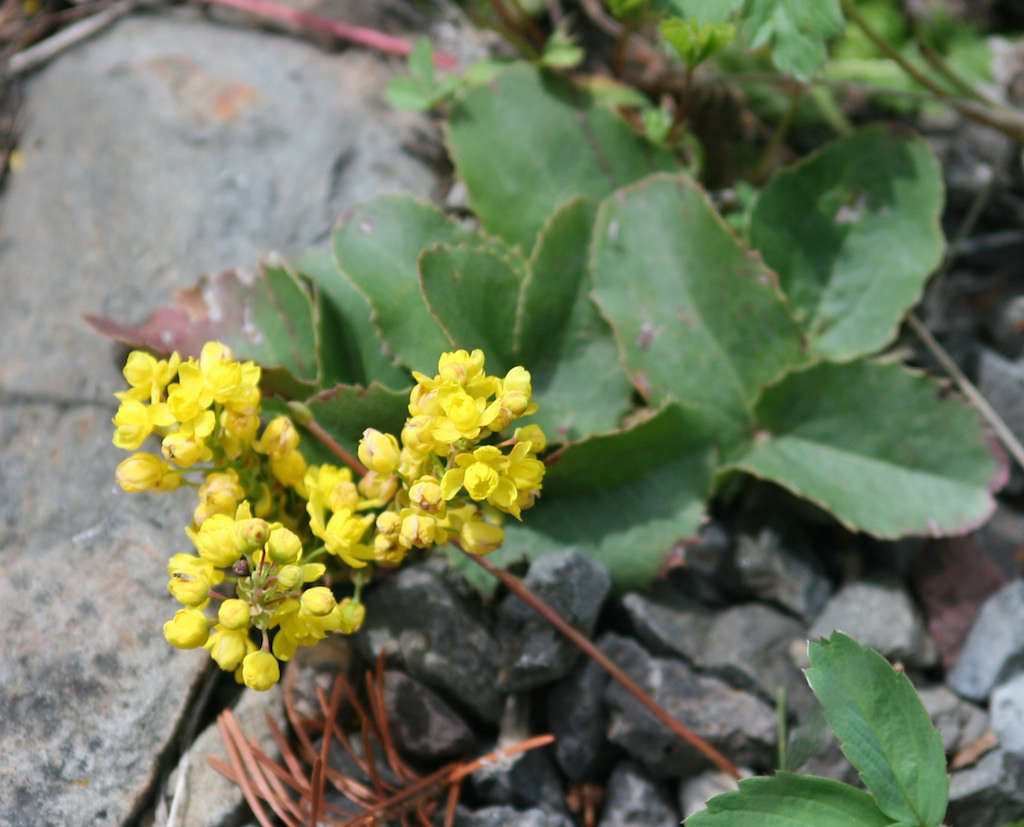 Above:If you don’t have room for the upright Mahonia, consider creeping Mahonia (M. repens). Photograph by Malcolm Manners via Flickr.

Creeping Mahonia (M. repens) is an excellent ground cover that has all the pluses of the taller plant including all-year interest, distinctive yellow flowers, and blue berries, but grows only about a foot high and 3 feet wide.  It spreads by underground rhizomes and sprouts from the seeds of berries that have fallen to the ground below its compact foliage. This species is tolerant of dry shade so it will thrive under trees and shrubs. Plant it on a shady hillside to help control erosion.

N.B.: For more on our favorites, see: