The sight of hollyhocks growing tall around a door or window, possibly in the Cotswolds in England, can be transcendental. They are at their most dramatic when grown in homogenous groups, not in flowerbeds; standing in gravel or stony ground around buildings, instead of being monitored in something well-prepared. They self-seed and intermingle, creating their own palette of peachy yellow-pinks, or shades of magenta. A black hollyhock is truly black and lends some grandeur to the cottage-y gathering.

The great caveat that always follows praise of the hollyhock is hollyhock rust. The leaves can look dreadful, especially near the base of the plant, discolured and covered in rusty pustules. Some years are better, some worse (wet weather and humidity encourages the fungal spores). There are a couple of ways around this: grow them as annuals (they are naturally biennial or perennial) and start again each year. Or, grow them in a cottage situation in the kind of conditions described above and let them self-seed and make a colony. It is a case of survival of the fittest; get rid of badly rusted plants and cut others to the base in autumn.

Hollyhocks are designed to give easy access to quantities of pollen, through the open funnels of the single varieties. Just watching a less svelte bee (like a bumble bee) climbing around a hollyhock illustrates how double flowers can be problematic. Aesthetically, the simple singles are very desirable but have been out-marketed by the doubles. The best way to procure singles, in the best colors, is through a generous friend.

When hollyhocks first appear around midsummer they hint at late-season decadence, while still being young enough to be straight and upright. It’s after the winds of July that you’ll find yourself stepping over them, unless they are tied in first. This is another reason to grow them by the shelter of a house or fence. 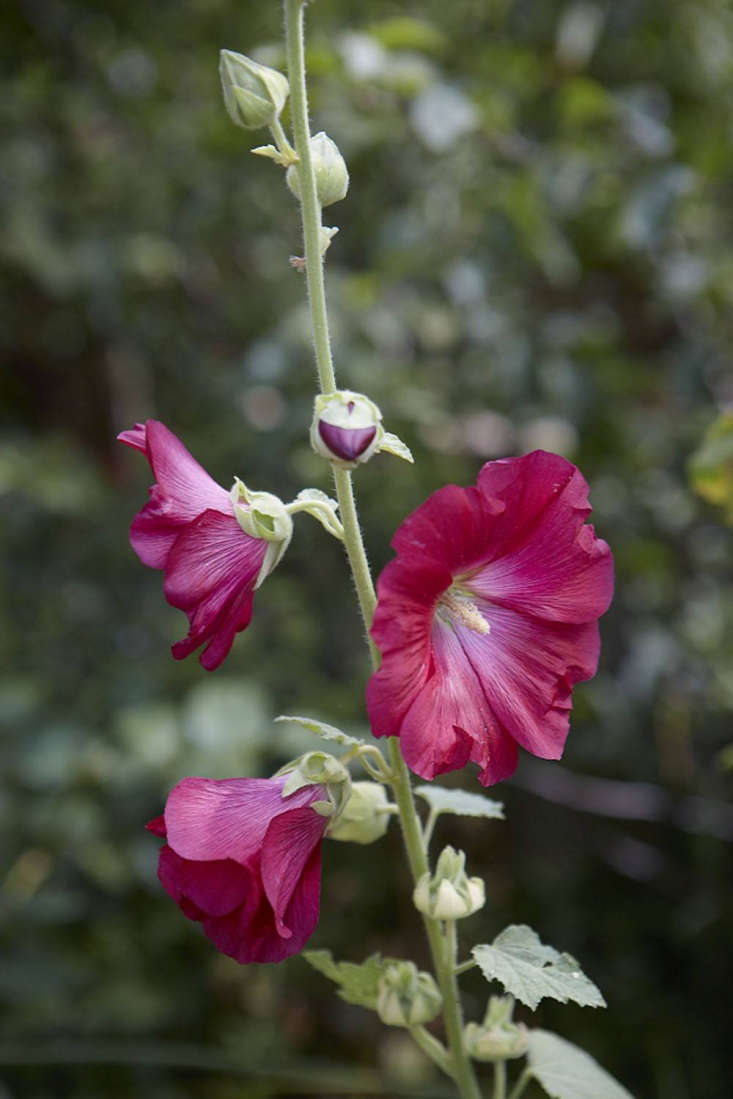 • Hollyhocks grow up to about 8 feet in racemes (like foxgloves) so the flowers around the stalk open from the bottom first and work their way up.
• Hollyhocks are useful plants in drought conditions, hardy in USDA growing zones 3-8.
• A member of the Malvaceae family. Hollyhock is related to hibiscus, okra, and the cotton plant. In Europe, the “‘weed”common mallow is used in herbal medicine. 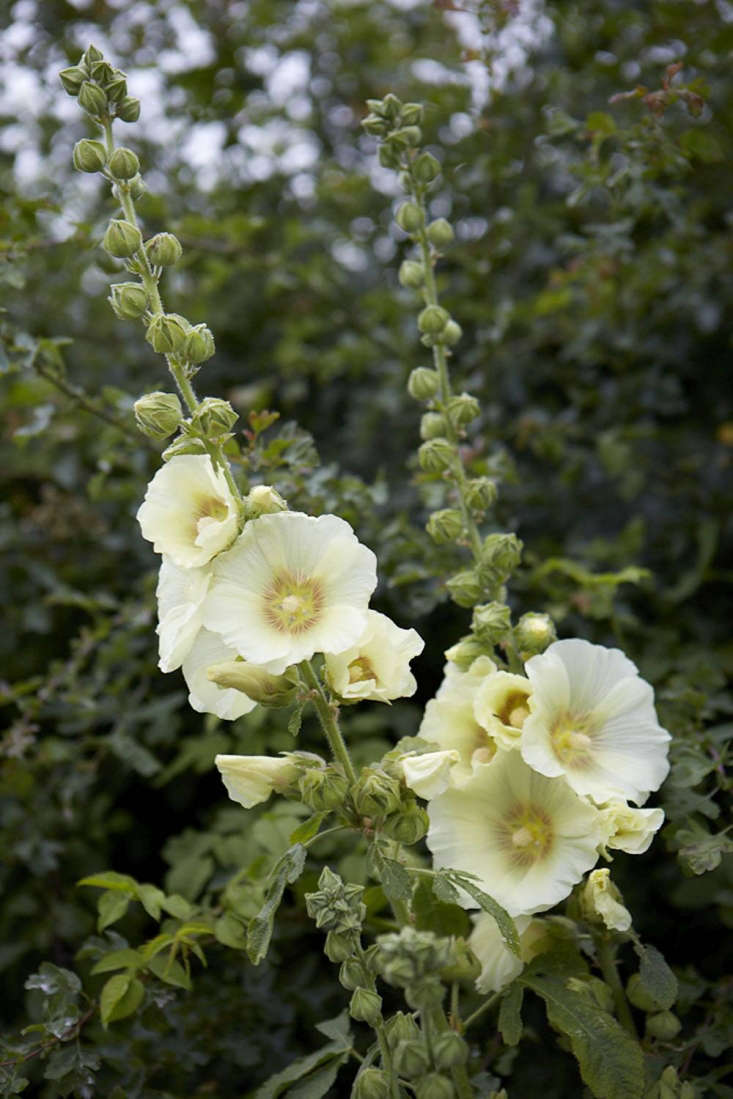 • Hollyhocks need good drainage, with average soil. Too fertile and they will flop. Grow them hard or stake them early.
• Harvest seed from the beginning of August, as the seed heads dry out and ripen, lower down the plant.
• Rust thrives in a crowded flower bed with a lack of air circulation around the lower leaves. A humid New England summer or wet English summer can provide the perfect conditions for rust spores.

N.B.: Looking for a late-summer bloomer to add color to the August garden? See our Garden Design 101: Annuals guide and growing guides for cosmos, zinnias, and sunflowers.

Your First Garden: The Right Watering Method for Your Garden