Its horticultural name is easy to remember, sounding like “euphoric” (which it is), in early spring. When all around is dark and gloomy, the shot of acid green from spurge, a member of the Euphorbiaceae family is like medicine.

Photography by Kendra Wilson, except where noted. 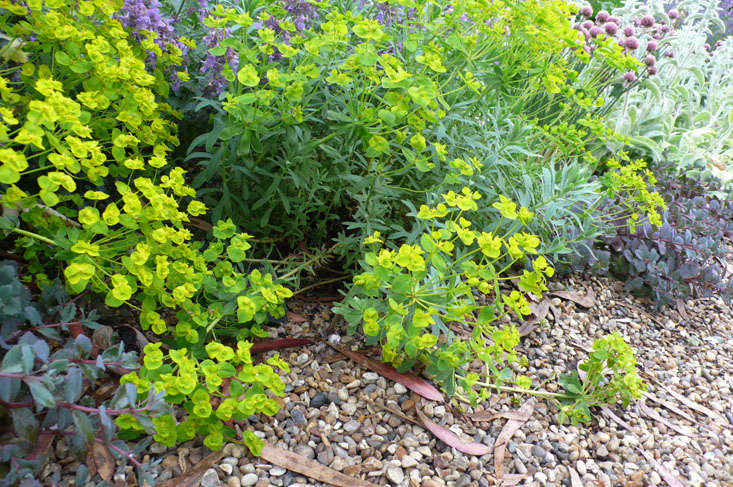 Above: Euphorbia ‘Blue Haze’, growing in full sun, in the well-drained gravel garden of Beth Chatto. Acid yellow-green flowers are complemented by the leaves of the same plant, which are a glaucous red-green.

Spurge is one of those essential plants that makes everything else look good. For a short time in spring it takes center stage after an early spurt of growth and burst of color, before settling back as a hardworking structural plant. Planted in waves, the taller, more erect varieties are useful in larger gardens but there are ground huggers as well. Part of its attraction is its foliage-like flowers, which evolve slowly over the season. Poinsettia is a member of the Euphorbiaceae family. 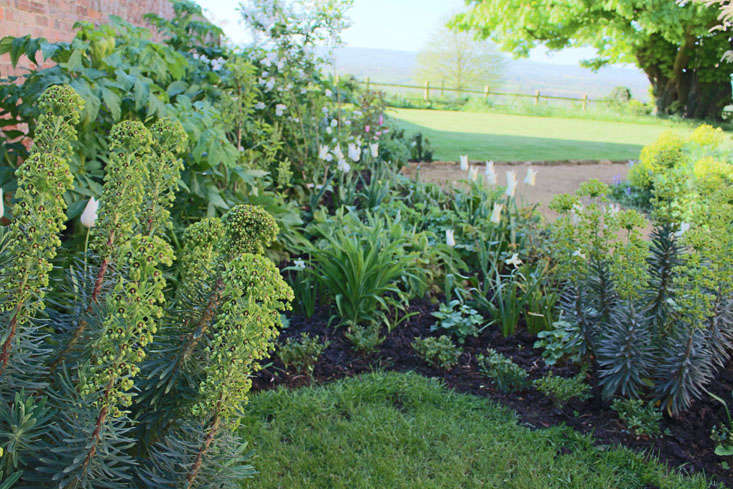 Above: Spruge can provide structure in spring as well as a vital shot of color. Shown here in Charlotte-Anne Fidler’s garden in Wiltshire, E. characias subsp. wulfenii is much used by landscape designers for its habit of bulking up a garden in an interesting way. Its almost spiky blue-green foliage provides a base note for energetic whorls of flowers, studded with eyes of bronze. 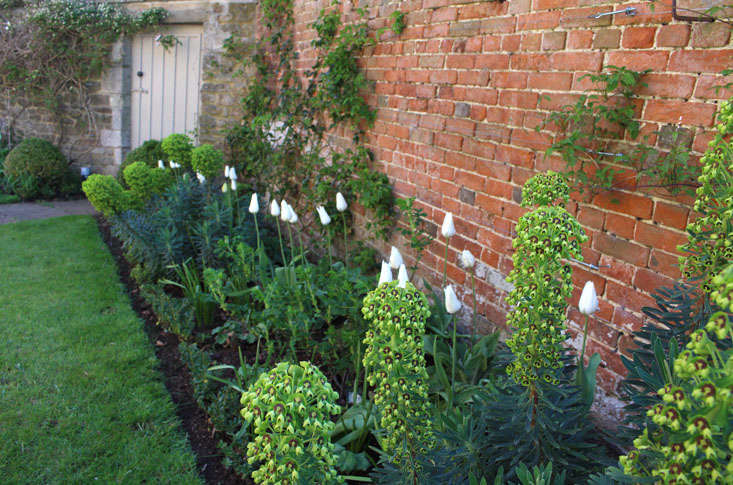 Above: Euphorbia characias subsp. wulfenii again, in the spring garden of Charlotte-Anne Fidler. She also uses it with roses under the drawing room window.

For more on this garden, see Garden Visit: Charlotte-Anne Fidler’s View Over Wiltshire.

Above: Euphorbia oblongata, a favorite among florists. Sarah Raven uses it as the basis for bouquets, its candelebra-like stems acting as a framework within which to insert single stem flowers. In the garden it is a short-lived perennial which self-seeds freely.

It is never a good idea to handle Euphorbia without wearing gloves. Its toxic sap, which deters predators such as deer, is a skin irritant. Contact with the eyes will require medical attention.

For more on the above late winter bouquet by Catkin Flowers, see DIY: Seasonal Bouquet for Valentine’s Day. 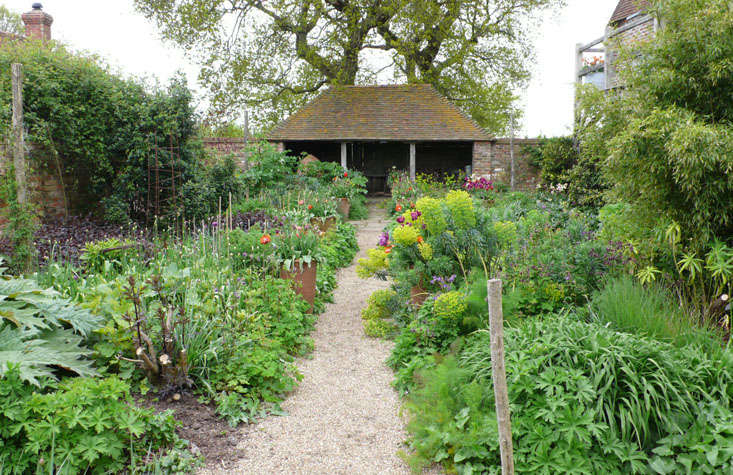 Above: In Sarah Raven’s Oast Garden at Perch Hill, the bright bulk of Euphorbia characias subsp. wulfenii ‘John Tomlinson’ provides contrast with early spring foliage and bright tulips. As the spring green fades, Euphorbia is a good accompaniment to bulbs which emerge later, for instance alliums. It is also useful in hiding their shriveling leaves. 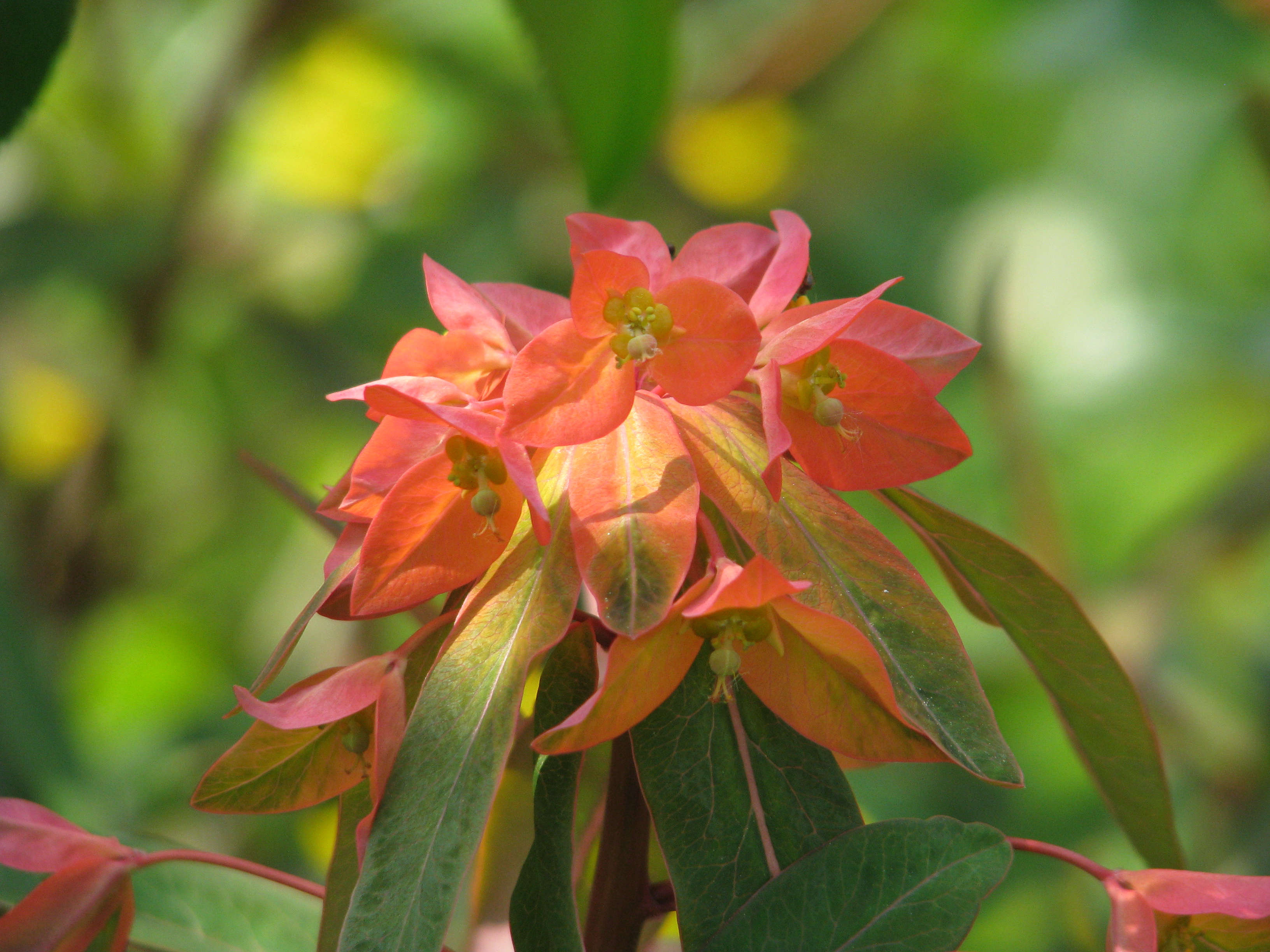 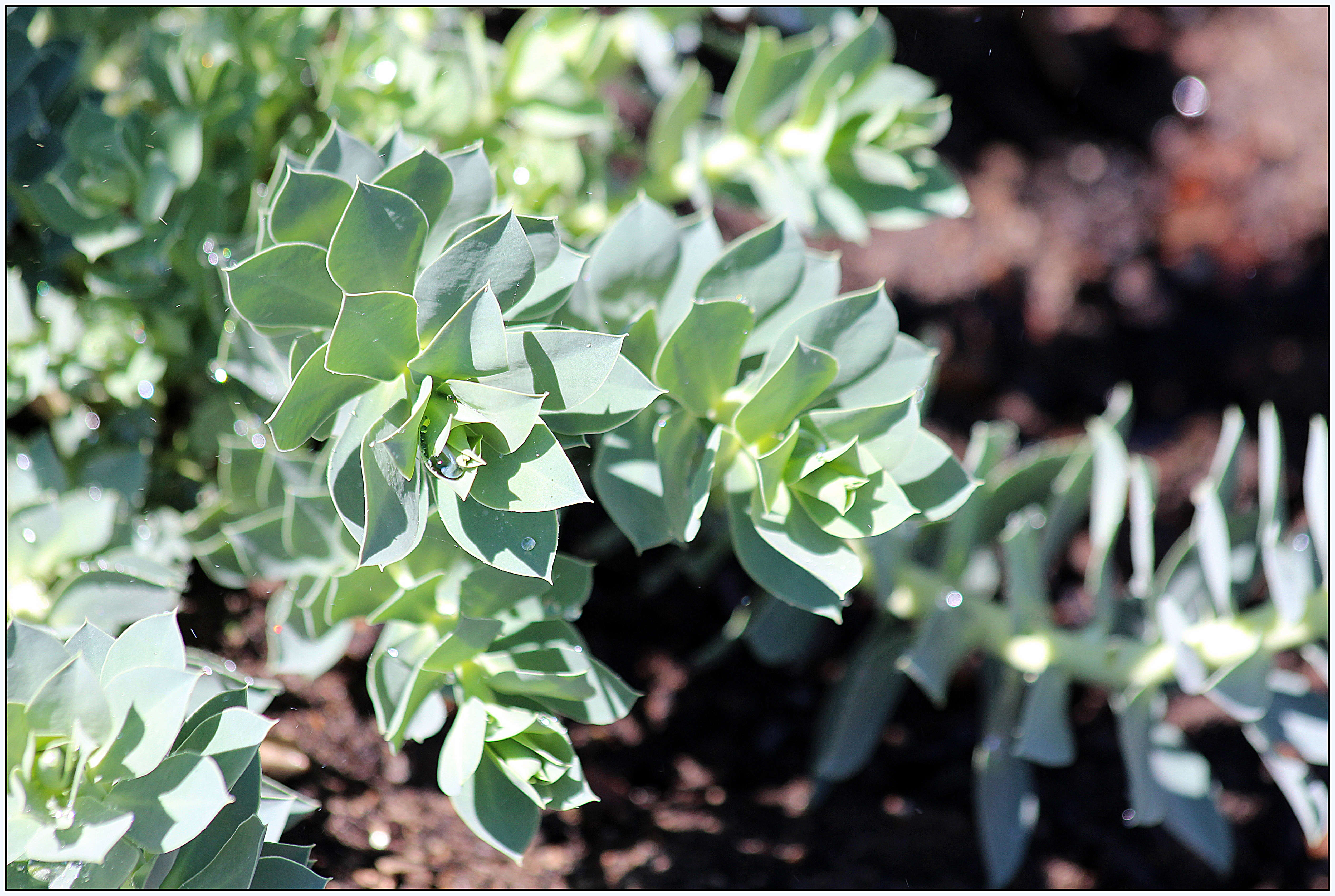 Above: Photograph by Manuel via Flickr. With waxy blue-ish leaves, Euphorbia myrsinites. looks like a succulent, until it flowers. Also known as “the broad-leafed glaucous spurge,” with prostrate stems of about 14″. 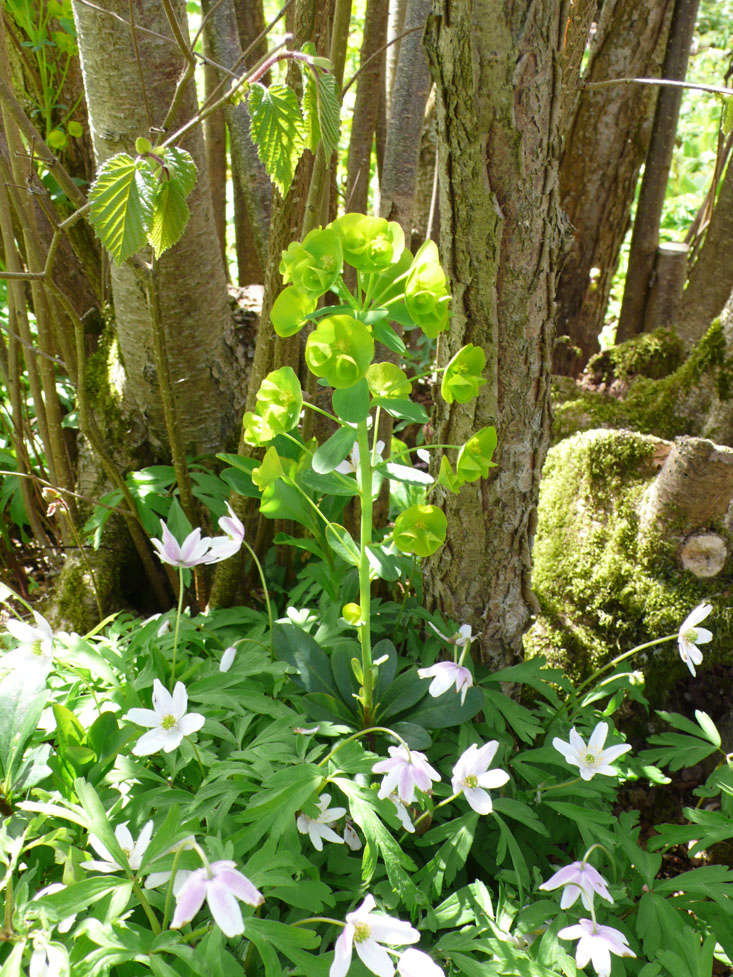 Above: Looking perfectly at home in the dappled shade of the Nuttery at Sissinghurst Castle, wood spurge (Euphorbia amygdaloides var. robbiae) grows amid coppiced hazel trees and anemone. It is also useful as a cut flower.

N.B. : Is Euphorbia the right perennial for your garden? Our Garden Design 101 guides can help you decide:

Can This Garden Be Saved: "I Have a Steep Slope"

Spurge, Your Secret Weapon: 6 Best Varieties to Plant in the Garden