The coppery cousin of European beech was first recorded in 15th century Germany. It has made itself known since then as an ensemble performer, when grown as hedging, and as an occasional star when allowed to shine on its own.

Photography by Britt Willoughby Dyer for Gardenista, except where noted.

Above: Copper beech really is coppery in the great outdoors, turning more green in late summer. Garden cultivars have been bred to create much darker foliage; they are also known as purple beech. With these varieties, leaves start off red, turning to dark purple, with a brief period of autumn color in some (such as Fagus sylvatica ‘Dawyck’), before they become brown and dry. As in green beech, leaves cling on to copper beech hedges in winter. 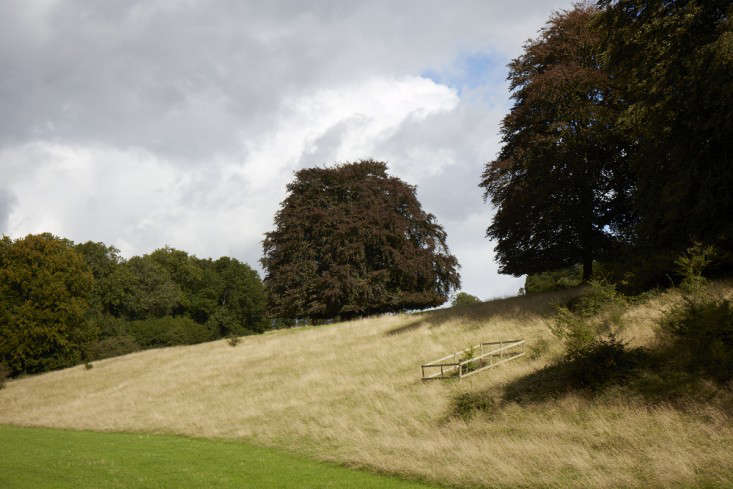 Above: A copper beech tree in the landscape or near a house is often described as a “magnificent” copper beech. It is a statement tree. Some designers (like Arne Maynard) rely on it for creating contrast within a scheme, though it is not universally admired in a smaller space. The great 20th century landscaper Russell Page writes in his classic The Education of a Gardener: “Nothing destroys the harmony of a garden more than the dark blotch of a copper beech.” It can work, he concedes, as a single large specimen by a house of old brick, or as part of a park landscape. 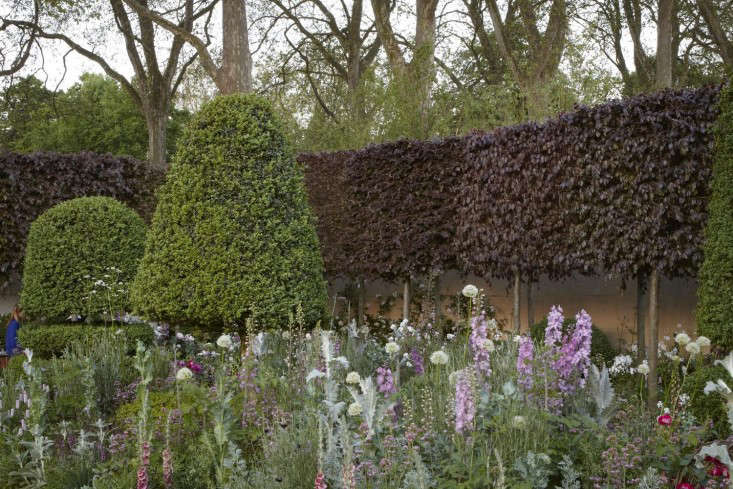 Designer Arne Maynard’s designs feature platforms and cuboids of copper beech, as well as more timeless pleaching. Breaking up an expanse of lawn with a grid of purple geometry gives a contemporary feel to romantic planting, yet there is nothing “contemporary” about copper beech per se; it’s the way it has been used that makes it seem new. 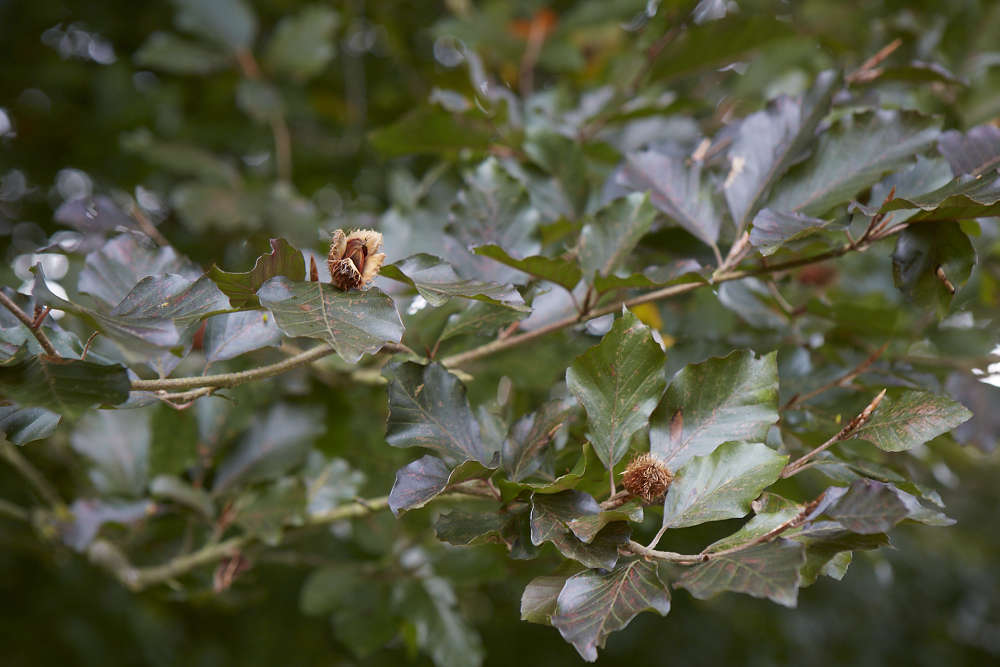 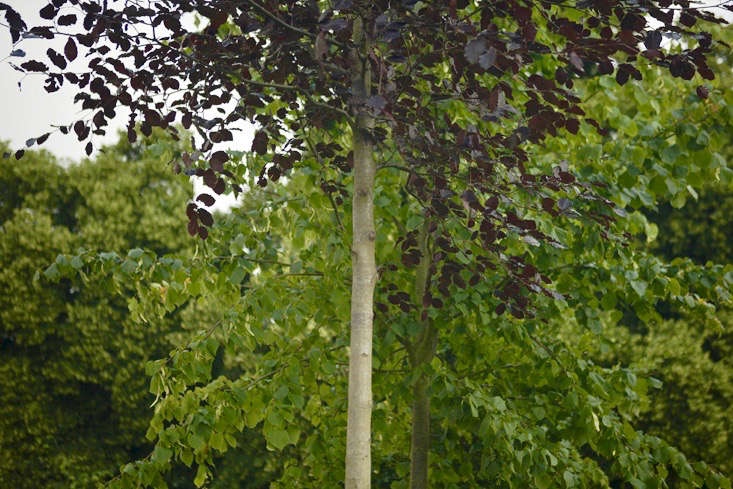 Above: A young copper beech tree is complemented by the green foliage of a young lime (or linden) tree. Photograph by Jim Powell. 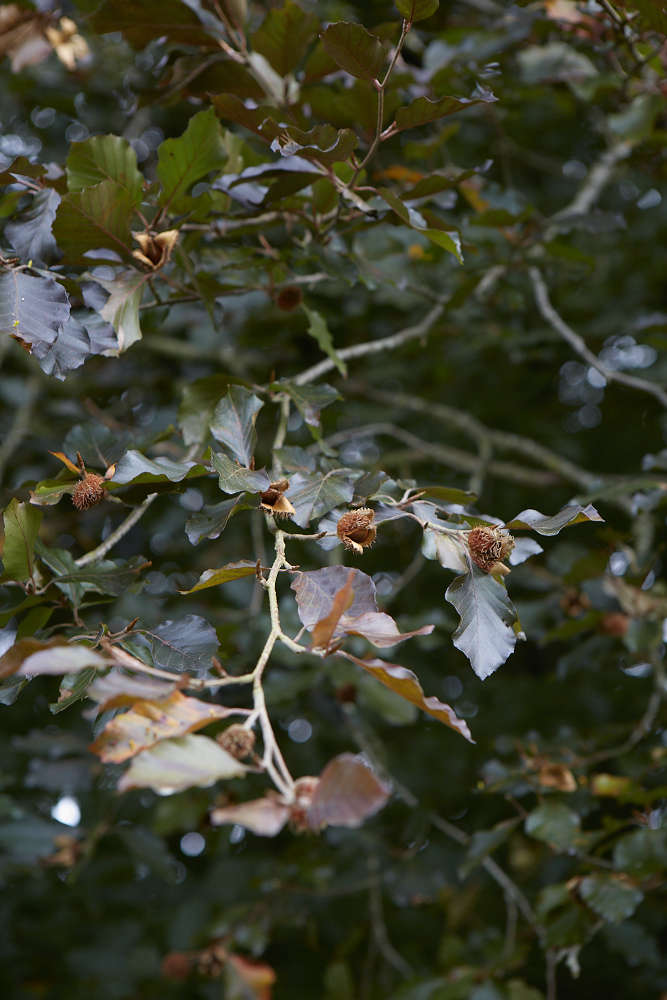 Above: Particularly good purple forms of copper beech, each with an Award of Garden Merit from the Royal Horticultural Society, are Fagus sylvatica ‘Riversii’ and the fastigiate ‘Dawyck Purple’. Being columnar in growth, the latter has the advantage of a smaller canopy. Planting beneath beech can be a problem, because its leaves tightly overlap and can prevent rain from reaching the ground beneath. 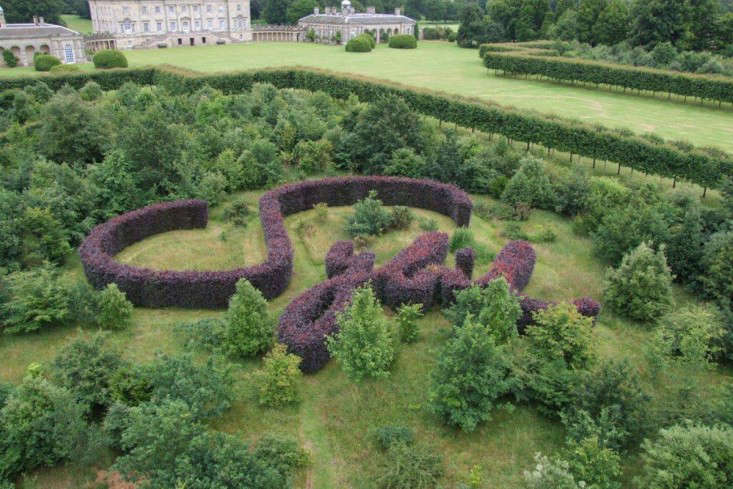 Above: The Sybil Hedge, by Anya Gallaccio, at Houghton Hall in Norfolk. It reproduces the signature of Sybil Cholmondeley, granny of the present Marquess. Photograph courtesy of Houghton Hall.

Copper beech works well as a structural element in a formal scheme. At Houghton Hall (above), a sinuous hedge is a surprise in the wilderness of trees contained behind a barrier of pleached limes. At Scone Palace in Perthshire, Scotland, a “tartan”‘ maze of green and copper beech has been woven into the family emblem of a star. 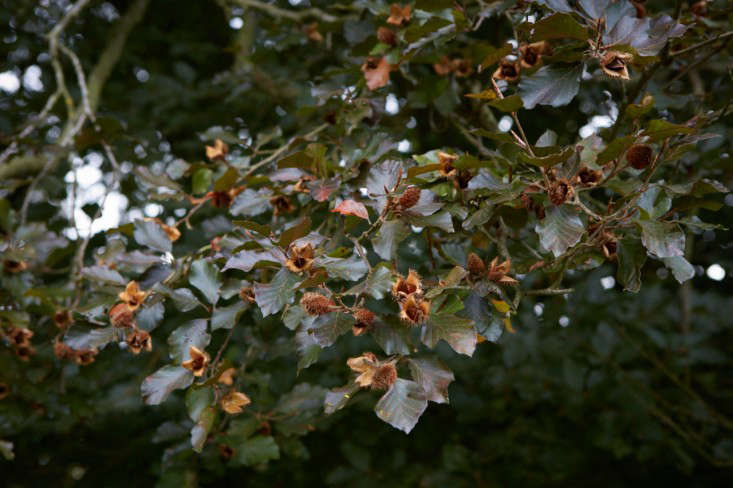 • Foliage of copper beech grown from seed is more variable in color than in grafted varieties.
• Grown as a hedge on stilts (or pleached) the density of leaves is reduced, making the shade lighter and the ground beneath less dry.
• When left unpruned, grow copper beech singly as a specimen, or as a stand of three to five trees. 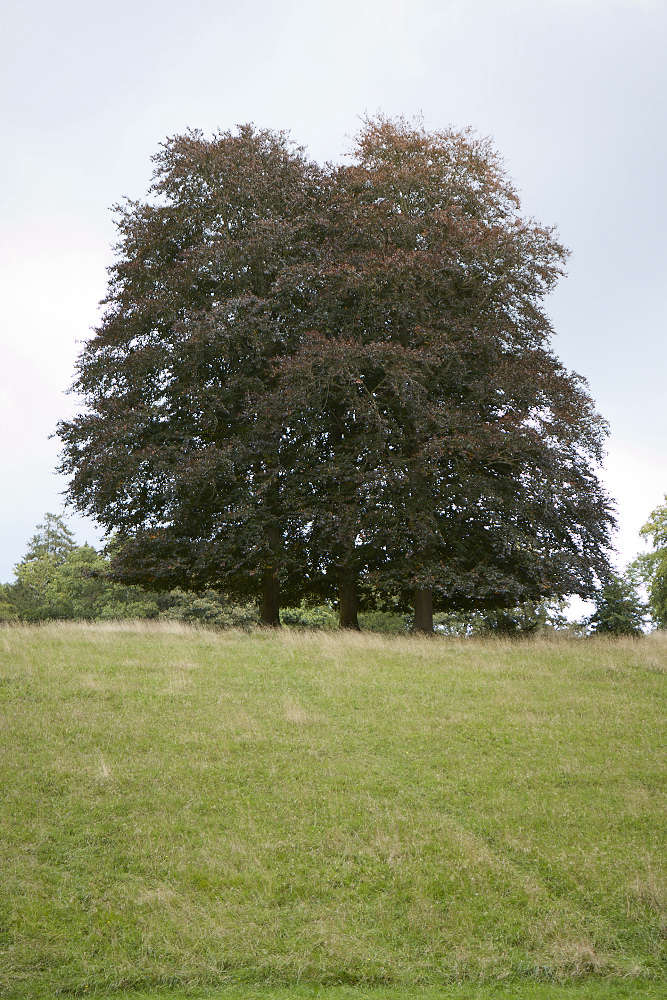 • Though copper beech tolerates sun and shade, purple foliage will be less purple in shade.
• Beech is shallow-rooted and can become hollowed with age, so plant it in a sheltered place.
• Beech likes moisture and humidity but requires good drainage. 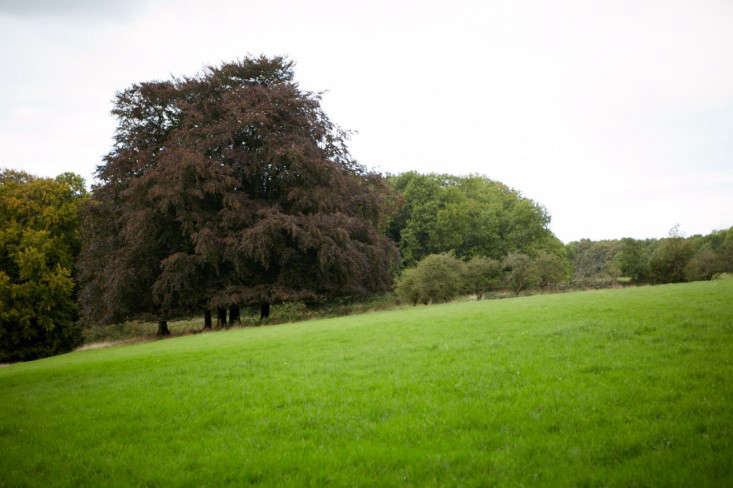 Above: A stand of copper beech in a setting of green trees. Since beech is considered an excellent landscape tree, copper beech is value-added, lending further depth and variety.

N.B.: Are you wondering how to select your trees? Find tips in our Garden Design 101 guides including Trees: A Field Guide to Planting, Care & Design. For more on the Beech family see European Beech 101.

DIY: Pumpkin Lights Without the Plastic