Does a big garden need a big house? At Sulby Gardens in Northamptonshire there is a powerful sense of Sulby Hall, demolished in the 1950s. As well as the stable block, the walled garden survives, with a gardeners’ cottage. In an unusual reversal, the garden has grown over the years. 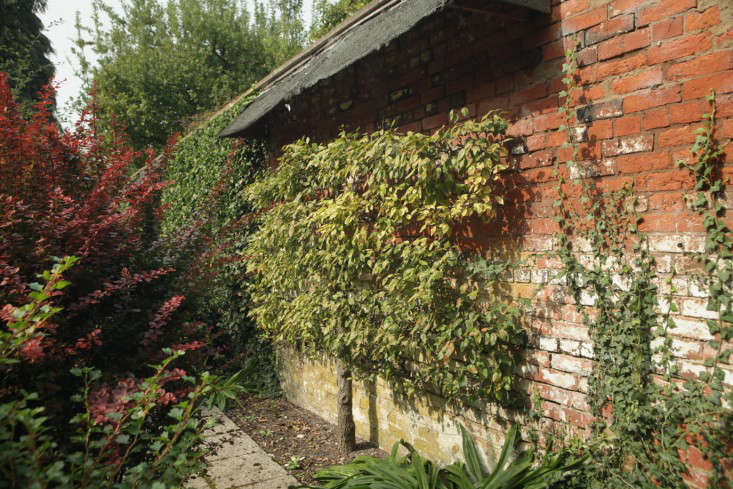 Above: The original wall from the 1790s, its periodic pear shelters protecting the espaliers beneath. In spring, muslin curtains are hung to protect pear blossom. When frost is forecast, the curtains are drawn shut.

Alison Lowe and her husband bought the walled garden at Sulby in 1976. It included a gardeners’ cottage, numerous glasshouses in a state of advanced disrepair, and cold rooms and store rooms. Some had to be demolished, others were carefully restored. 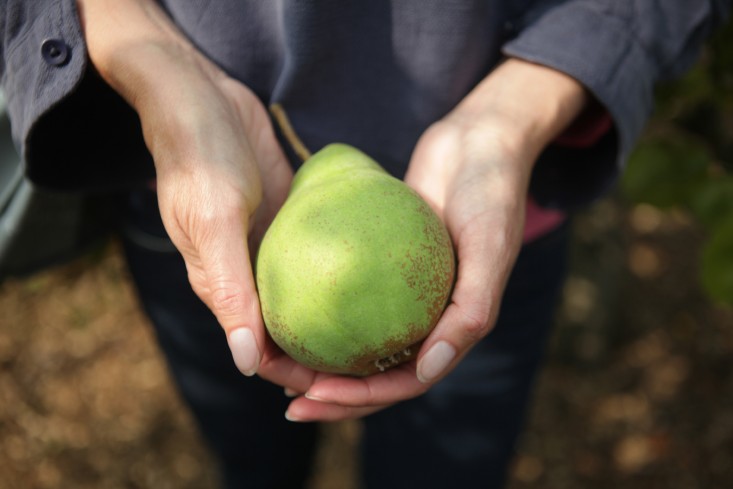 Above: The unusually large Catillac pear, one of a dozen types grown at Sulby. A 300-year-old variety from the Gironde in France, it is a very hard baking pear, best cooked whole, for three hours, in wine or cider. In the garden there are also plums, including gage, damson, and bullace. 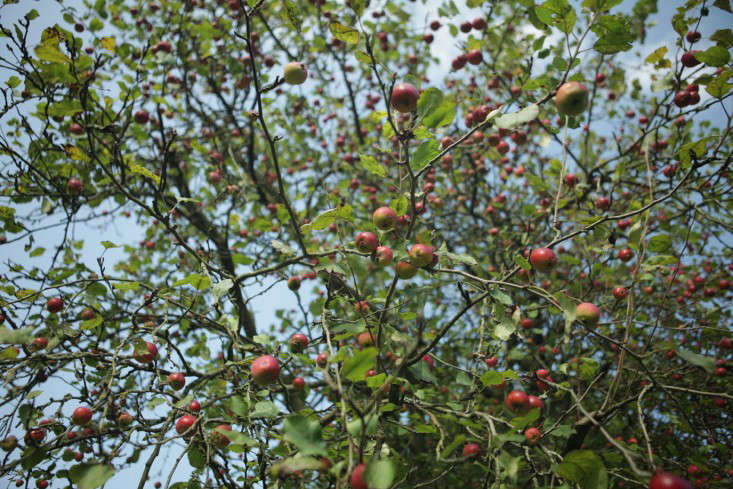 Above: The top orchard at Sulby. In total, 53 varieties of apple are now grown in the garden. Alison Lowe’s garden manager Bill has recently begun to bottle apple juice, having used some of the harvest for cooking, jam-making and feeding of birds and other animals that happen to be passing through. 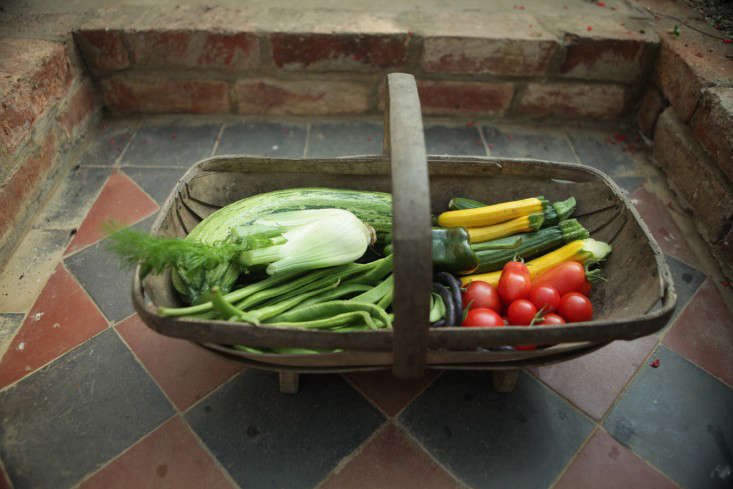 Above: The morning’s harvest is put down in the old Carnation House. The cherry tomatoes are Gardener’s Delight and the plum is Agro. The golden zucchini shown here is Jemmer and the fennel is Rondo. Alison is particularly keen on the latter, for salad, soup, roasting, and braising, the feathery foliage being perfect with salmon. 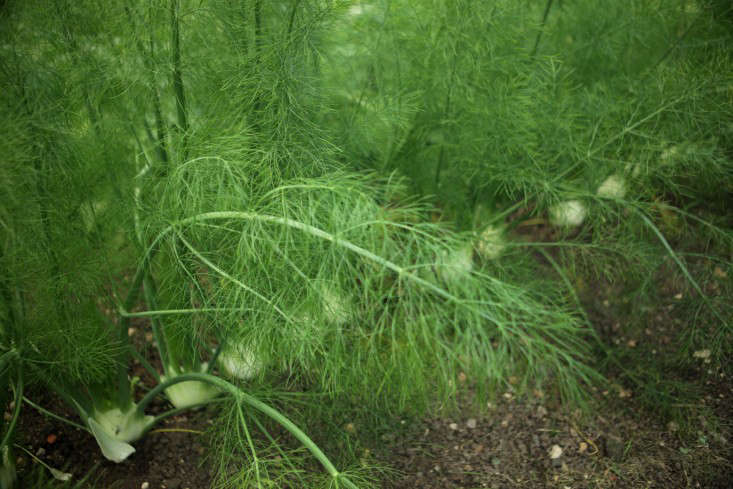 Above: Rows of Florence fennel growing nearby. Not to be confused with the perennial fennel herb more often seen in flower borders (Foeniculum vulgare) or popping up all over the Mediterranean, this has the added advantage of a tasty bulb. 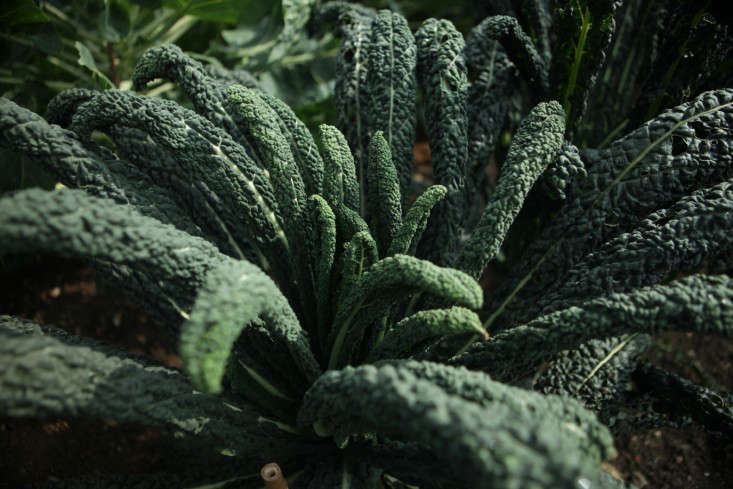 Above: A smaller vegetable garden sits within the old walls, fenced off against muntjac deer. Italian kale ‘Nero di Toscana’ thrives here, untroubled by pests. A winter crop, its flavor improves after the frosts begin.

At Sulby, the preferred seed merchant is King’s Seeds, for germination and quantity. Tomato seeds and seed potatoes are generally collected from the garden. 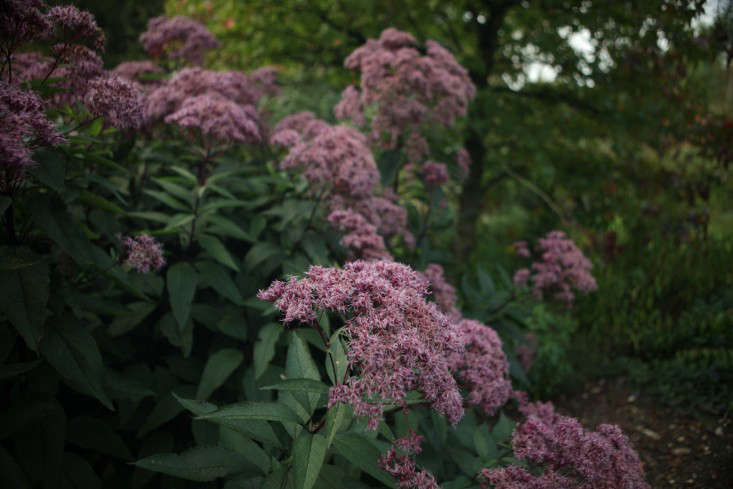 Above: Eupatorium or Joe Pye Weed (though without strong weed tendencies in the UK) is a magnet for butterflies and bees and is grown in the shadier part of the garden.

Away from the garden buildings the plot becomes wilder, bordered along one side by a very straight canalised stream. Victorian herbaceous borders once ran parallel but now there is longer grass and seven additional ponds to encourage wildlife. Arable land has been acquired and converted to meadows and what were once three acres, have grown to twelve. Sulby is a designated Local Wildlife Site. 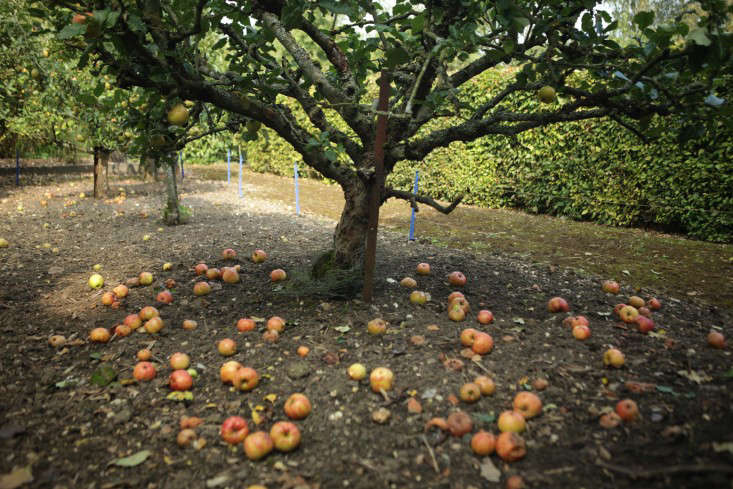 Above: An early dessert apple, Laxton Epicure. This particular orchard has an electric fence to keep out badgers, known to climb trees to get at the apples (causing some damage to the trees). The windfall here provides a wonderful feast for birds and butterflies. 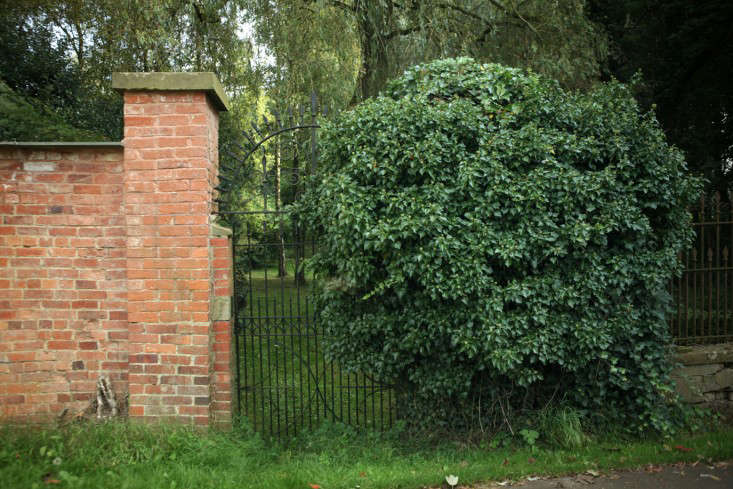 Above: An old gate separating the road from the stream and kitchen garden. Sulby Hall was designed by celebrated British architect Sir John Soane. Old photographs show a colonnaded building with more in common stylistically with The White House, than, say, Sir John Soane’s Museum.

Above: Sulby Garden is open to the public on five days of the year, in support of the National Gardens Scheme (gardens open for charity). The annual Apple Day at Sulby is on October 9, 2014.

Garden-to-Table Recipe from a Cook’s Garden: Eat Your Greens

Trending on Remodelista: Kitchens Around the World