“There is no better pleasure than to be out-talented by your own family,” says Julian Temperley, the renowned cider brandy maker from Somerset, whose daughter Alice Temperley has added layers of talent to the family name. Her recent collaboration with British department store John Lewis is called Somerset and one could argue that it works both ways.

Temperley pours me out a cider brandy aperitif named after the legendary local apple, Kingston Black. “It leaves you with a clean, dry feel in your mouth, instead of a grungy taste of sugar,” he explains. It is 11 am on a Thursday. What time does sampling start?

“Sampling? All day, every day,” he laughs. 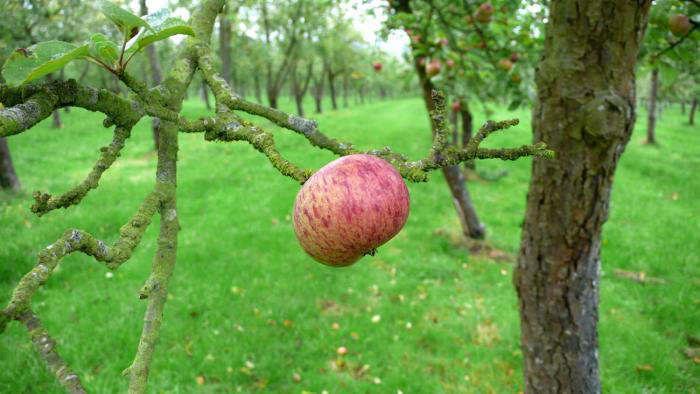 Above: The Temperley orchards, home of the “very special” Kingston Black, and in this particular orchard Tremlets, Taylor’s, and Bulmer’s Norman. “We are distillers as well as cider makers,” says Julian Temperley. “Our distillery gives us the crown jewels of the cider world.” 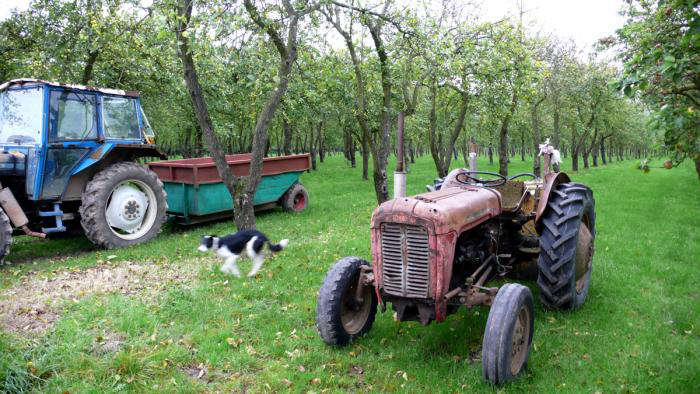 Above: Full pressing will be taking place by the end of October. Apples are harvested from the ground and not directly from the 40-year-old trees. On the ground the fermenting begins as starch is converted to sugar, and cider is already on its way. 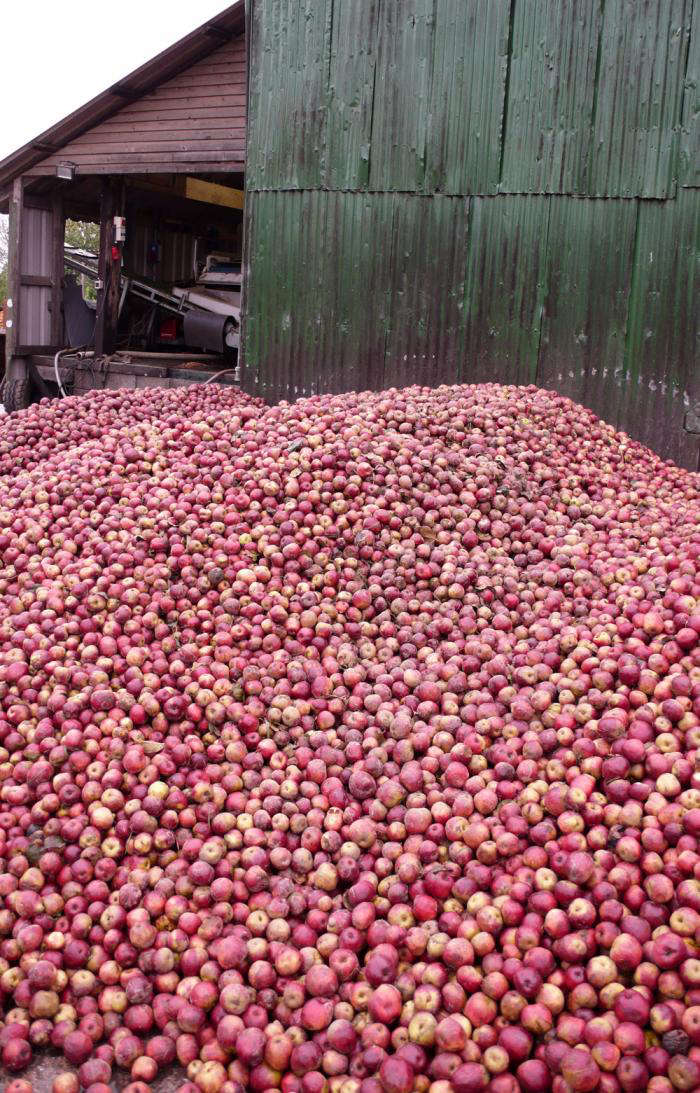 Above: Mounds and mounds of apples. And yet, the yields are down this year by about 50 percent. “It’s been an appalling year,” says Julian, “partly because last year was so good.” The degree of sunlight after pollination is crucial. If there is none, like this year, the apple is programmed to be small. “If apples are only pollinated by the skin of their teeth,” continues Temperley, “they will be poxy and poor.” 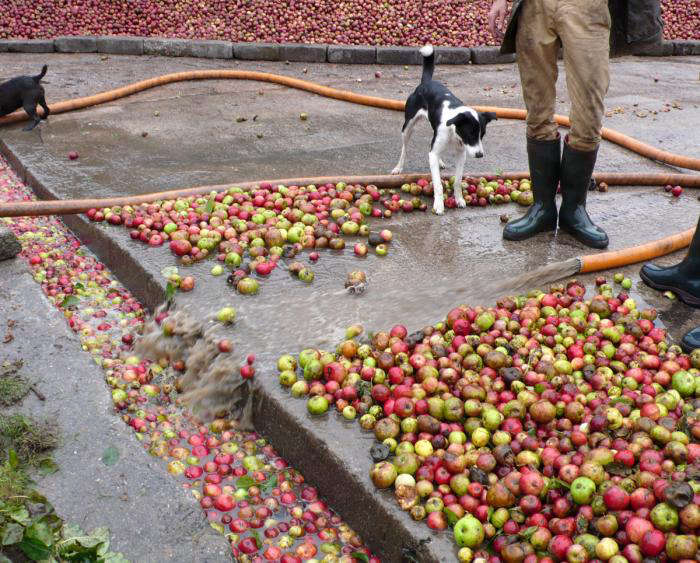 Above: Newly harvested apples are given their first wash. Temperley’s Apple Day is October 20 and selling locally is very important at Burrow Hill, home of the distillary. “We see customers as very much a part of the cider tradition of South Somerset and its love of craft cider,” says Julian. “People come in every day to buy. Except Sunday,” he adds. “We are a God-fearing village.” 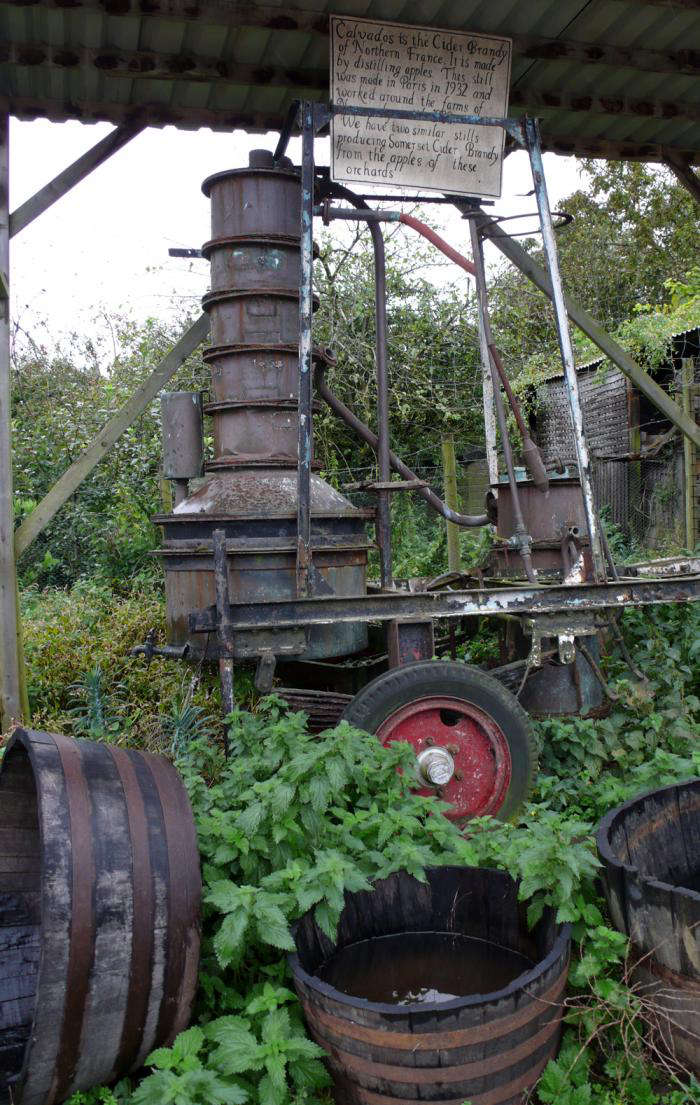 Above: A sign explains the differences and similarities between Somerset cider brandy and Calvados. “We are not Calvados,” says Julian Temperley. “Unfortunately the English are fearful in their tastes and prefer to be led by the French. We are a cousin of Calvados… We have a different maturing technique: more Scottish than French.” 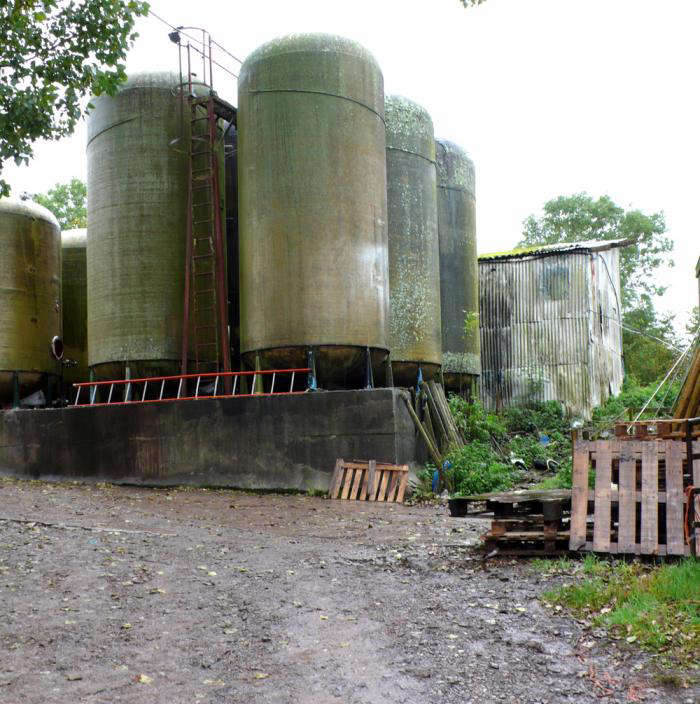 Above: Vast vats.”We press apples and blend the different varieties,” says Temperley. “The art and the craft is in the blending of apples.” 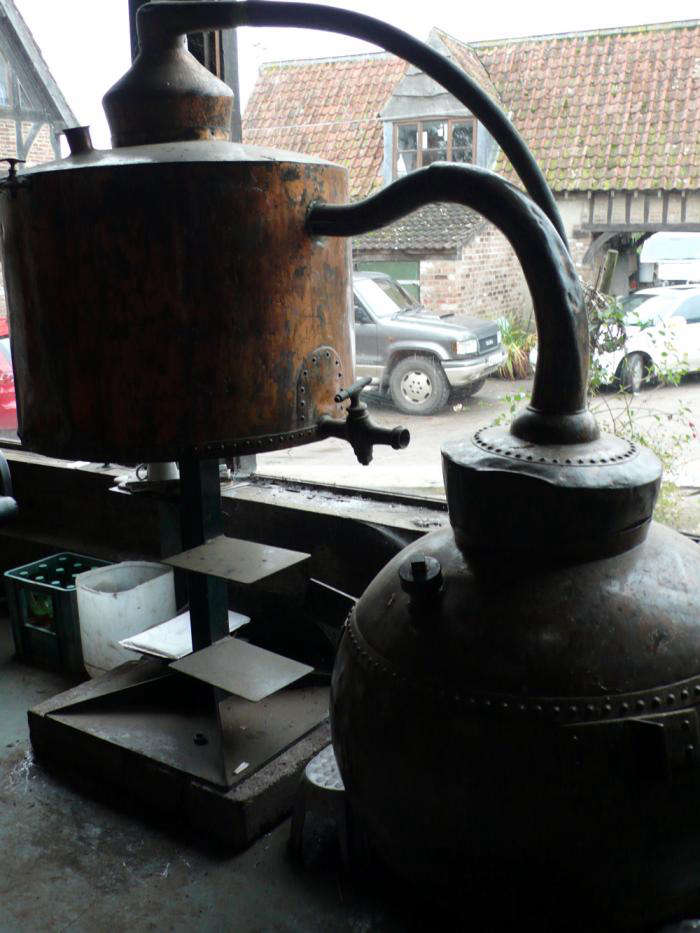 Above: Distilling equipment with the very scenic farm buildings beyond. “We are the only people who can take cider spirit and turn it into something we can call cider brandy,” says Temperley. Last year the brand was awarded the European Union’s Protected Geographic Indication designation, conferring the right to use the label “appellation controlée,” usually reserved for better wines. 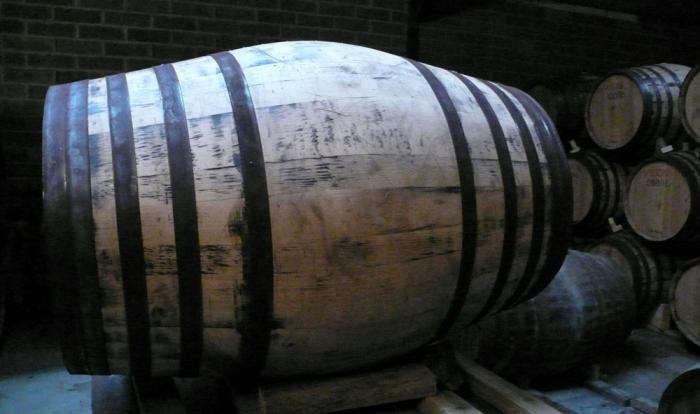 Above: Oak barrels inside the storage area where aging cider brandy is kept under lock and key (and lit from above by a chandelier). The 20-year-old cider brandy is very, very special though a wider range of Temperley’s products is sold nationlally in the UK at shops like Waitrose, and served at top restaurants such as those overseen by Mark Hix. The eponymous Hix Fix is a glass of Champagne with an eau-de-vie infused cherry added, courtesy of Temperley’s. His friend grows the cherries; he does the eau-de-vie. 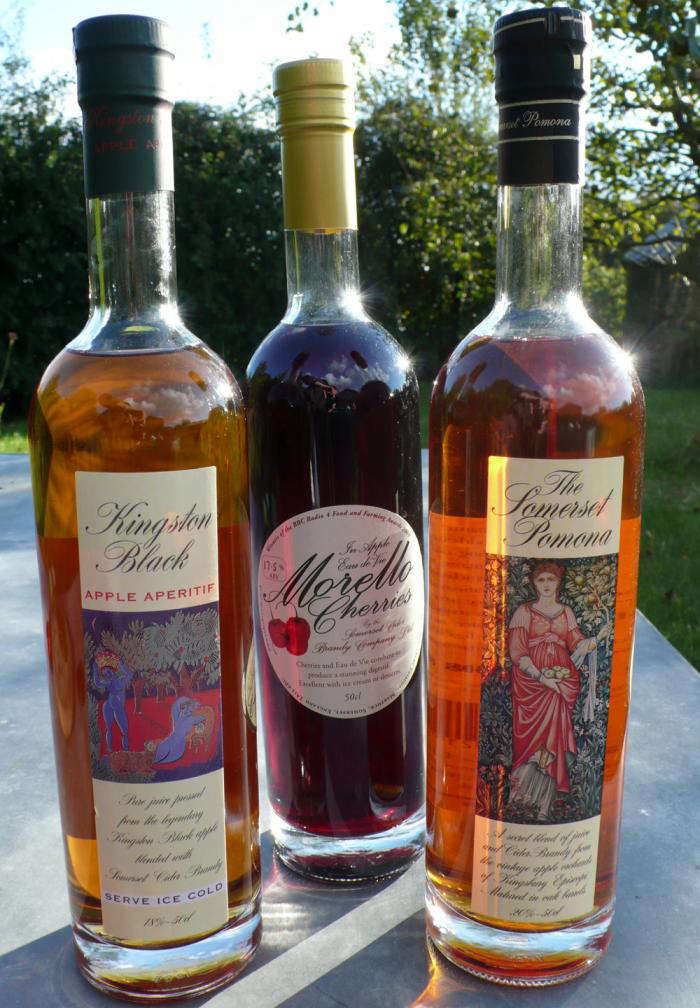 Above: Some of the crown jewels. The Somerset Pomona, right, is wonderful as an after dinner drink. “If you’ve got Montgomery cheddar in one hand, this will hold its own in the other,” says Julian Temperley. 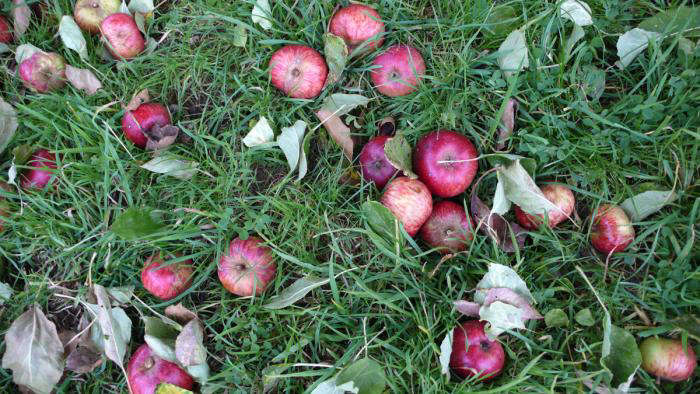 Above: “We are compatible with cheddar,” Mr Temperley continues. “We both come from the meadows of Somerset.” The cows at Montgomery’s are moved out of the orchard there in September and the harvested apples are sent to Temperley’s. For more on Montgomery cheese see Montgomery’s Cheddar, Somerset.