After more than 10 years of living with a shared rooftop garden in lower Manhattan, designer Julie Weiss decided to let the plants win.

Weiss, an LA native, lets the garden take on a life of its own. Wavy grasses and lavender look billowy and soft against the city backdrop, with all those sharp right angles on the Woolworth Building and the Brooklyn Bridge in the distance.

During an early autumn visit, we enjoyed the panoramic views that stretch to both the Hudson and East rivers:

Photography by Nicole Franzen for Gardenista. 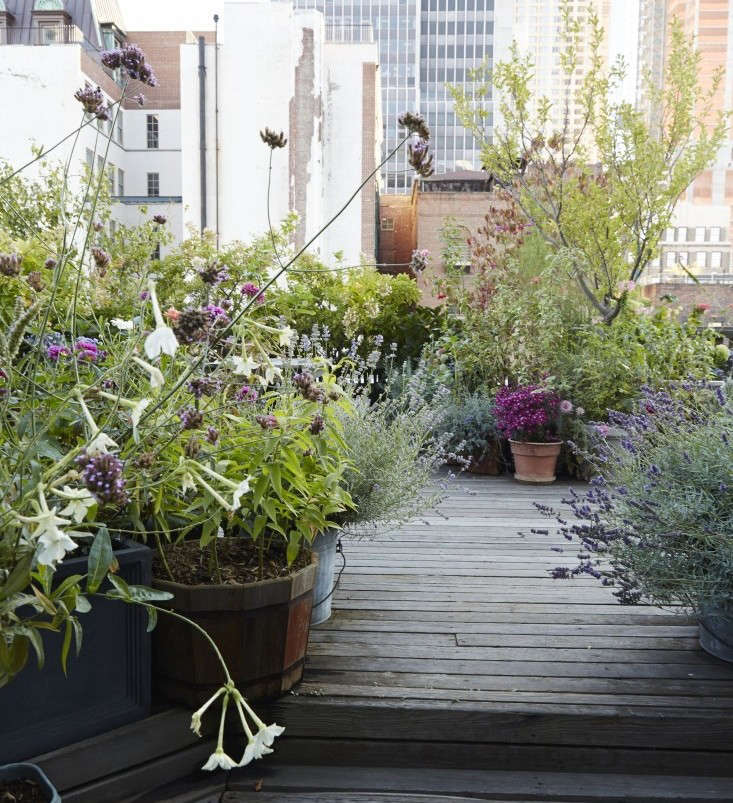 Above: Weiss anchors the garden with hardy herbaceous perennials that bloom deep into October. Purple agastaches and lavenders mix with wild grasses, hydrangeas, and roses. And there’s the white nicotiana (at left) that she plants by the door for its “beautiful, tropical scent.” 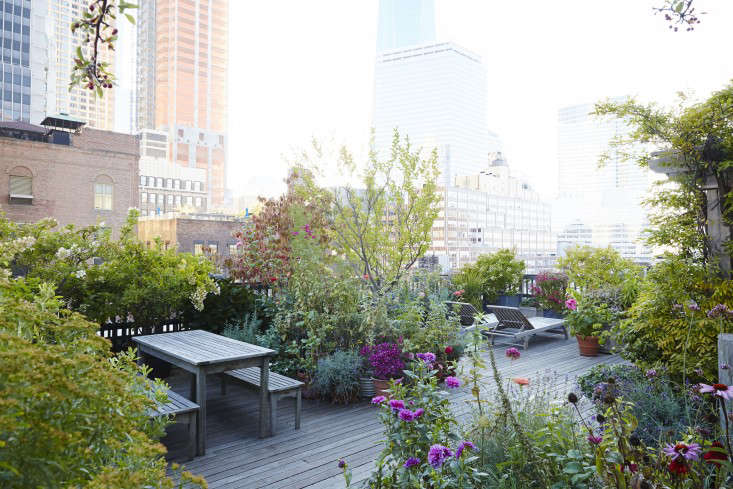 Above: Divided into four outdoor “rooms,” the space has lent itself to countless dinners, intimate drinks and summer soirées. 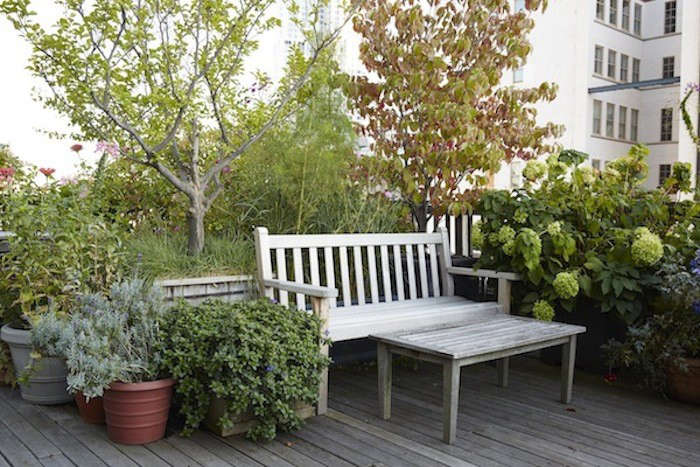 Above: Weiss likes how each of the four outdoor “rooms” can accommodate several of the building’s occupants simultaneously but privately. 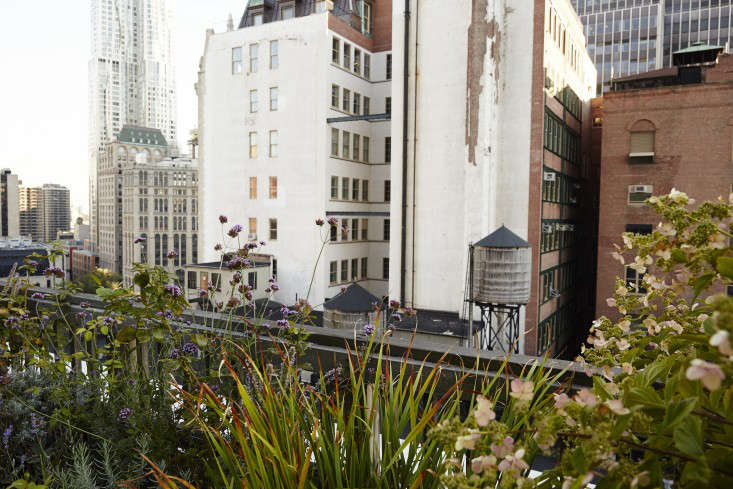 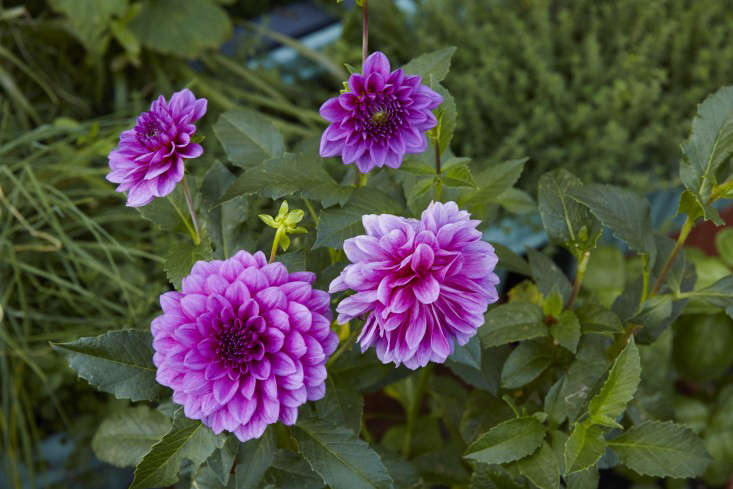 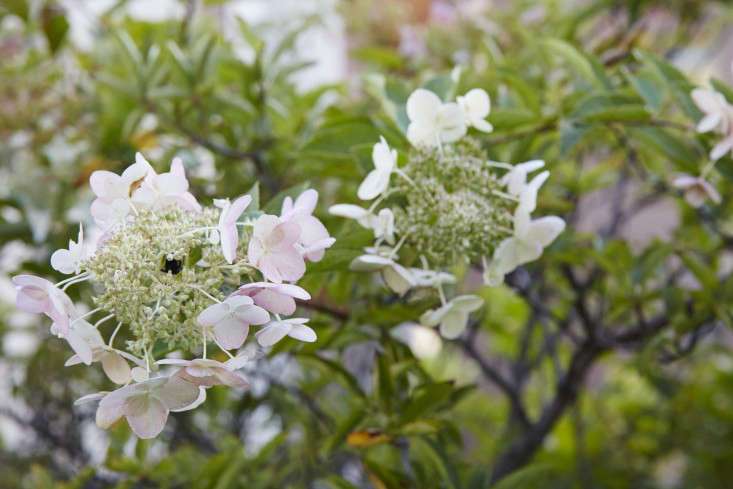 Above: Weiss lines the perimeter with lacy tardiva hydrangeas, “a great white hydrangea that does well with the wind on the roof.” 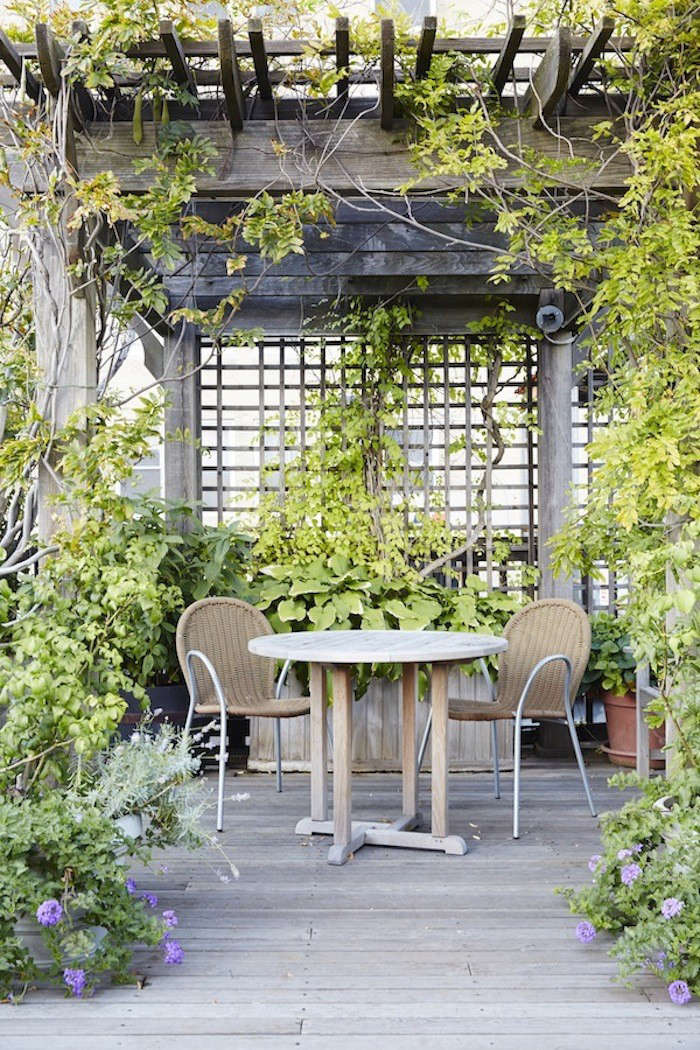 Above: Secret garden: a pergola and chairs. 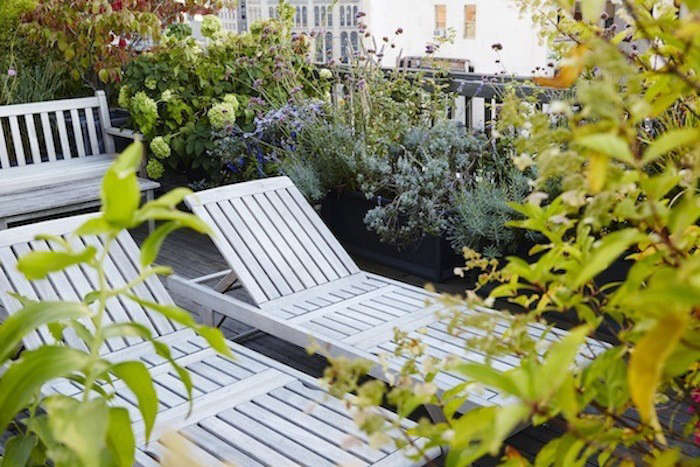 Above: Two chaises amid the pots. At eye level, all you see are pots of lavender, grasses, and hydrangeas. 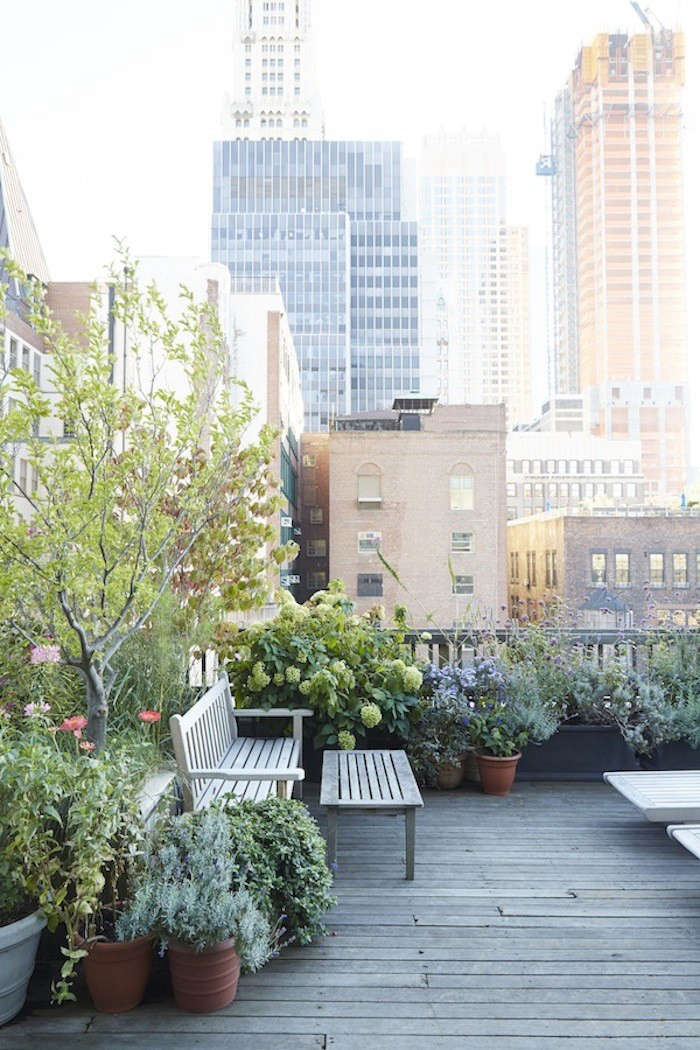 Above: A spot to contemplate the city (preferably while drinking a glass of wine). 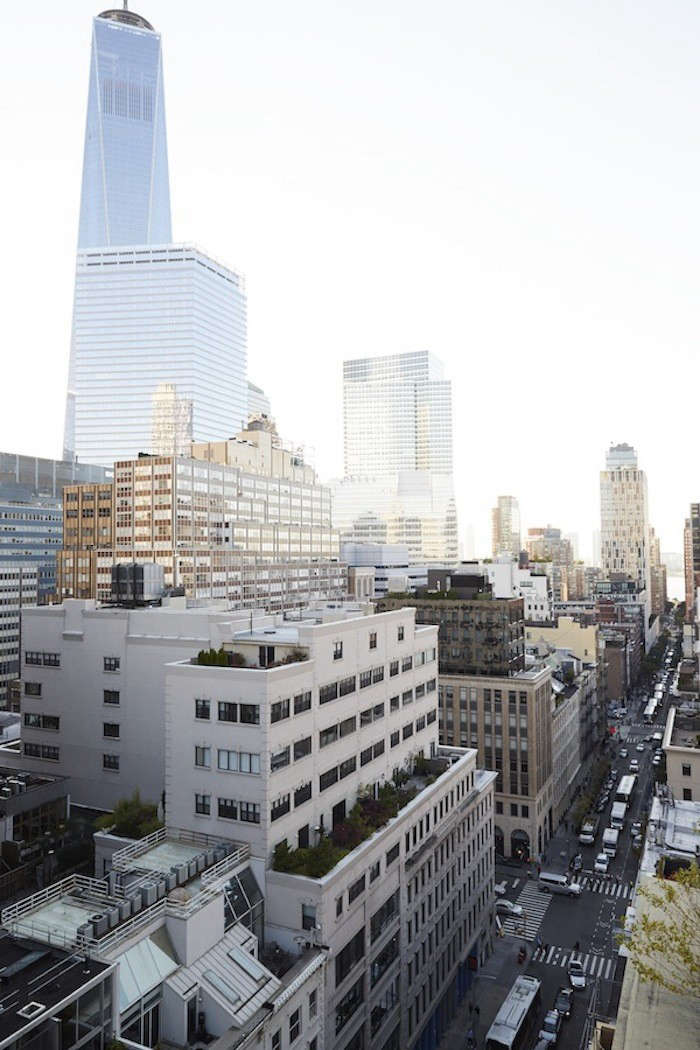 Above: With the rooftops of lower Manhattan spread out like a velvety quilt, “the setting is spectacular,” says Weiss. Couldn’t agree more. Can we come back in the spring?

Expert Advice: 10 Tips for Baking on the Wild Side with Claire Ptak of Violet Bakery

Shisito Cocktail: October in a Glass

10 Things Nobody Tells You About Herbs

Secret Garden: At Home with Marnie on Cape Cod