The round, orange Cape gooseberry (Physalis peruviana) was part of my South African childhood: my mother grew the perennial bushes in her garden.  I loved unwrapping the pretty Chinese lantern husk to expose the ripe fruit inside.

In the States, similar-looking and more familiar ground cherries (various species of Physalis) delight foragers, and are increasingly being cultivated for market. Read on a for recipe for my favorite Pickled Cape Gooseberries. 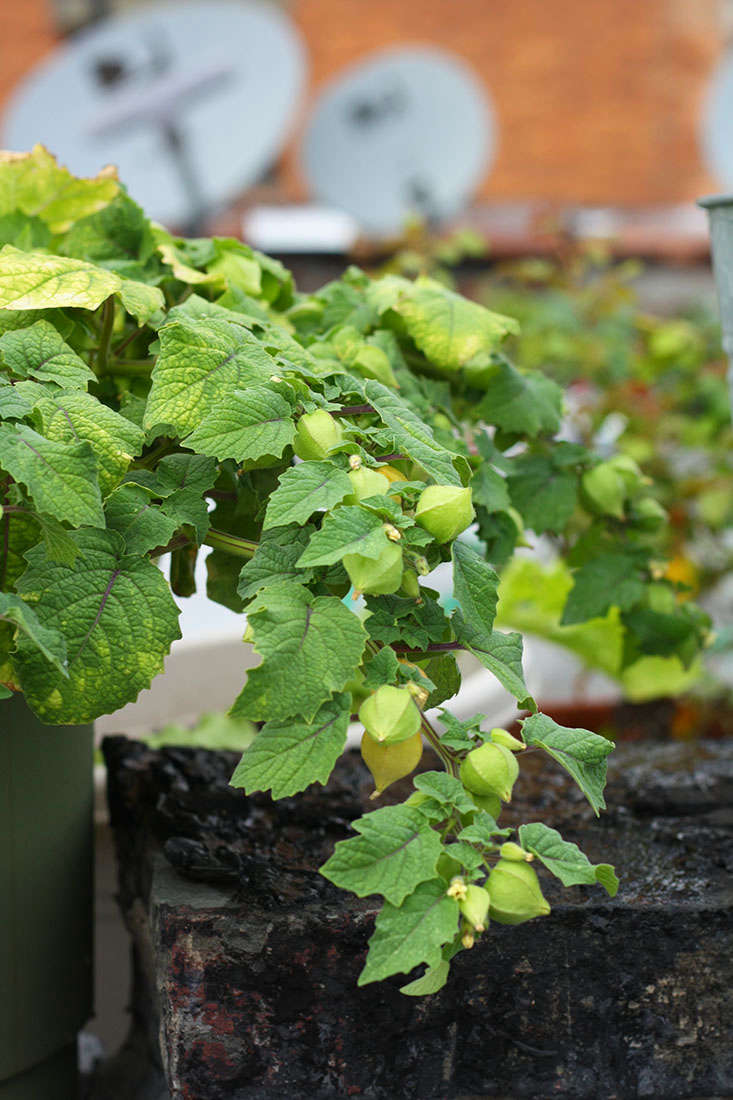 Above: Ground cherries’ branches are distinctly horizontal, with the fruit crowding the branches. The fruit is a little smaller than Cape gooseberries’ and their color is ever so slightly muddy, rather than electric orange yellow. They taste frankly sweet, with a bit of Solanacea funk. 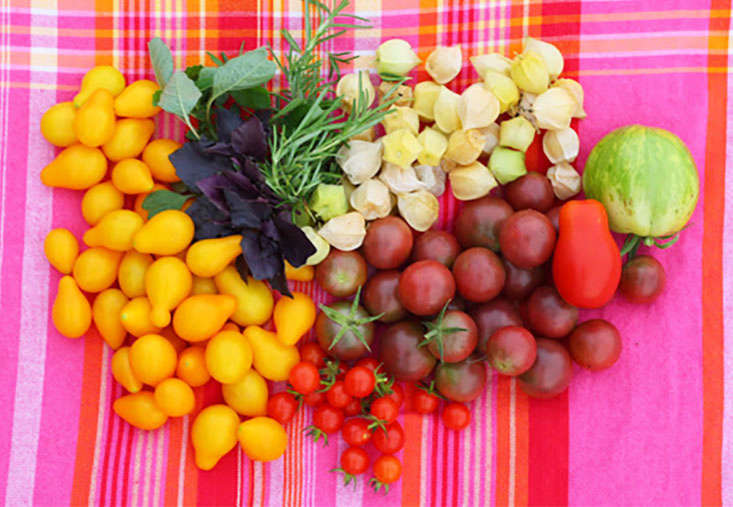 Above: I grew ‘Aunt Molly’s’ ground cherries (top right) in a 14-inch pot in full sun on my rooftop in Brooklyn, where the plant thrived. I gathered the berries from summer until frost.

Aunt Molly’s Ground Cherry Seeds are $3.95 for a packet of 50 from the Hudson Seed Library. 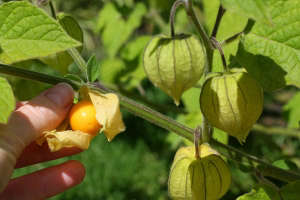 Above: Cape gooseberries have a more upright, slightly gangly habit. The berries are relatively large. 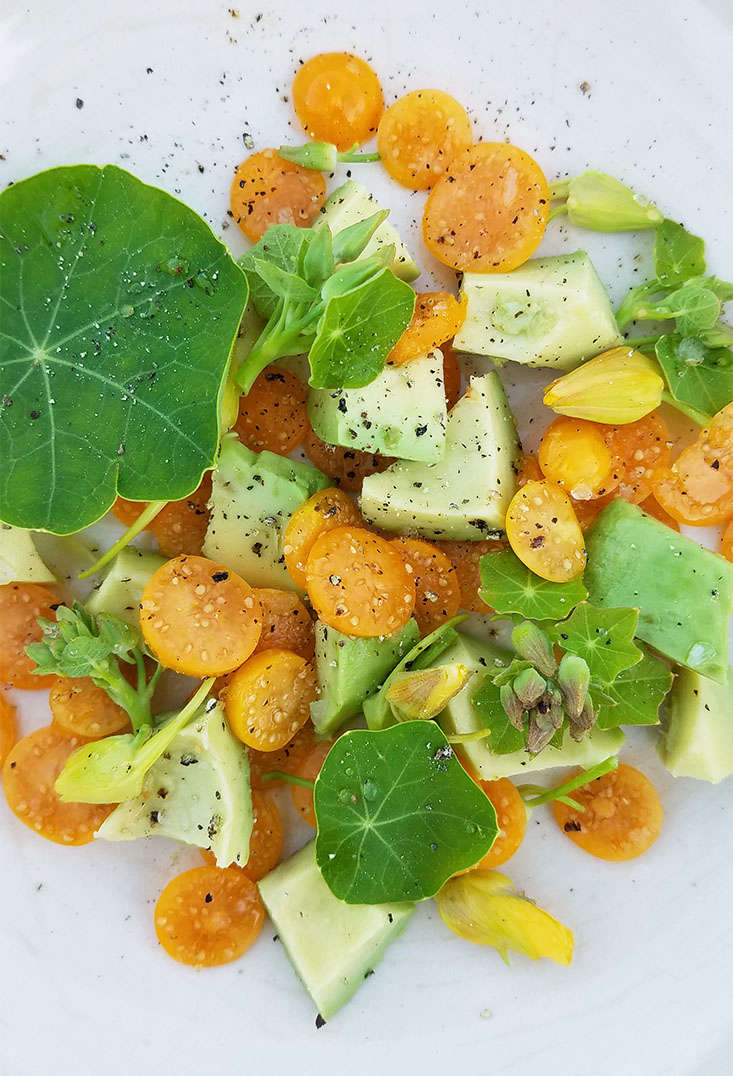 Above: Unlike the all-sweet ground cherries, Cape gooseberries have an appreciable tartness when raw, which makes them good partners in salads where lemon usually works. They pair very well with avocado. The same tartness gives beautiful balance to sugar, which makes them popular ingredients in pastries and jams.

A couple of years ago, I spotted a familiar looking clamshell filled with ’Goldenberries,’ imported from Argentina, in a Brooklyn supermarket. They had the wrong name, as far as I was concerned. So it goes, sometimes, with common names in different cultures. More recently I have discovered Cape gooseberries (sold as such) at Whole Foods, and they are appearing at farmers’ markets and on menus. 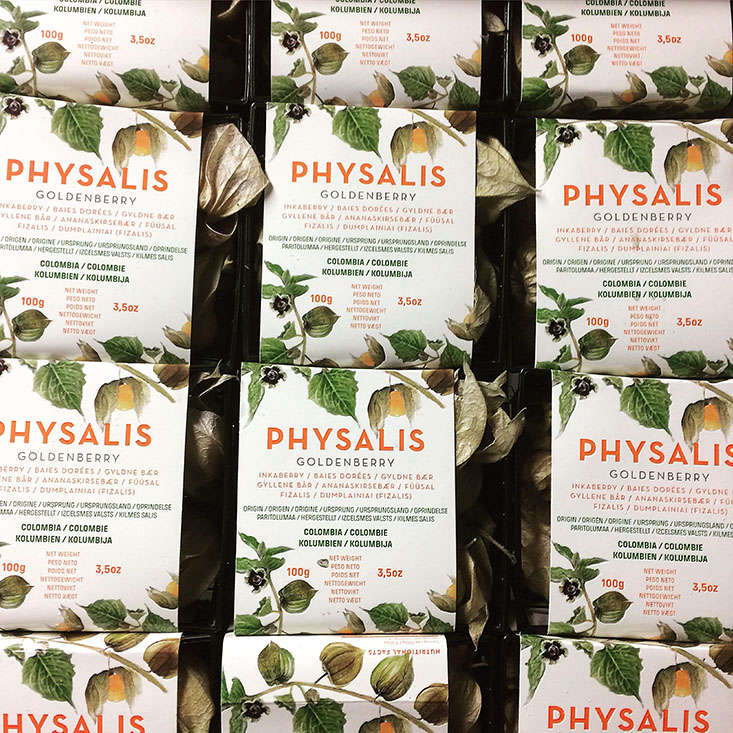 Above: At the Bedford-Stuyvesant cafe Stonefruit Espresso & Kitchen, savory chef Natalie Hernandez took delivery of a shipment of the berries recently, and used them in her grain bowl salad, with spelt and Brussels sprouts. Aaron Stringfellow, the pastry chef, likes them in gluten-free Financiers, calling them “a nice balance to all the richness they contain from beurre noisette and brown sugar.” 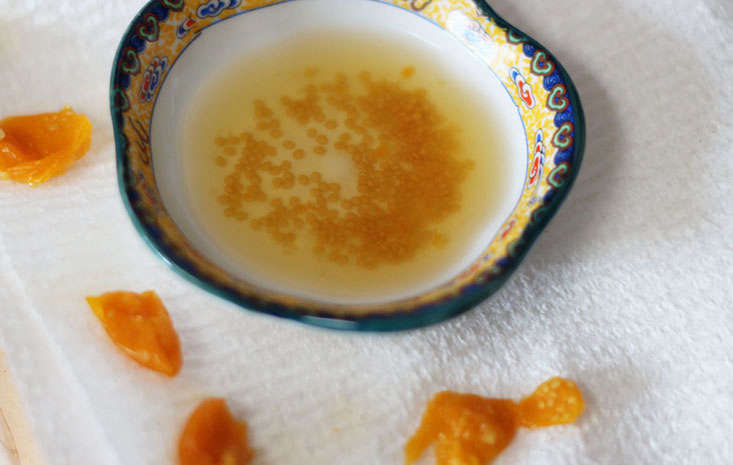 Above: Because of their complex flavor and low-maintenance personality,  it is well worth growing your own Cape gooseberries.

It is easy to save seed from the ripe fruit: Spread the ripe pulp in a saucer and allow it to dry for several days. Then add water to separate the seeds. Spread the seeds on a paper towel to dry. Store the saved seeds in an envelope or jar. Sow outdoors when night time temperatures remain above 50 degrees Fahrenheit, or start indoors when you start your tomatoes. Cape gooseberries fruit best in full sun, but like their relatives the tomatillos, they will produce fruit in high shade. They require excellent drainage and thrive on zero fertilizer. They are frost tender but can be grown as an annual. 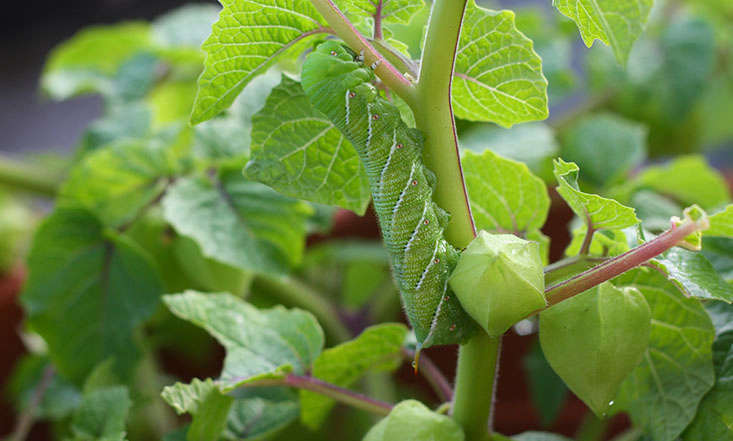 Above: My homegrown ground cherries and Cape gooseberries had one pest in common: the tobacco hornworm caterpillar, which attacks anything in the Solanaceae family. The telltale sign of its presence is a defoliated leaf stalk. Look very closely at the plant and you will spot the fat green caterpillar, well camouflaged. What you do with it then, is up to you. Mine took flying lessons from the roof. 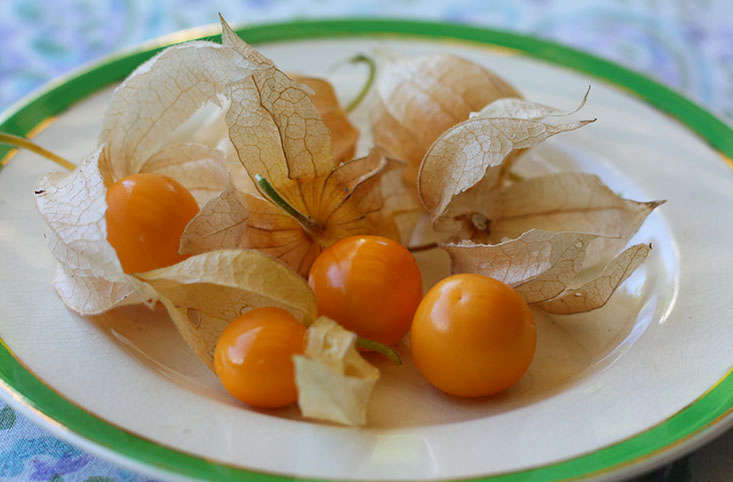 Above: How to eat? Right off the plant, warm from the sun. Or fold back their papery ears and dip in melted dark chocolate. They are perfect for crumbles and jams. One of my favorite ways to enjoy them is as quick pickle: 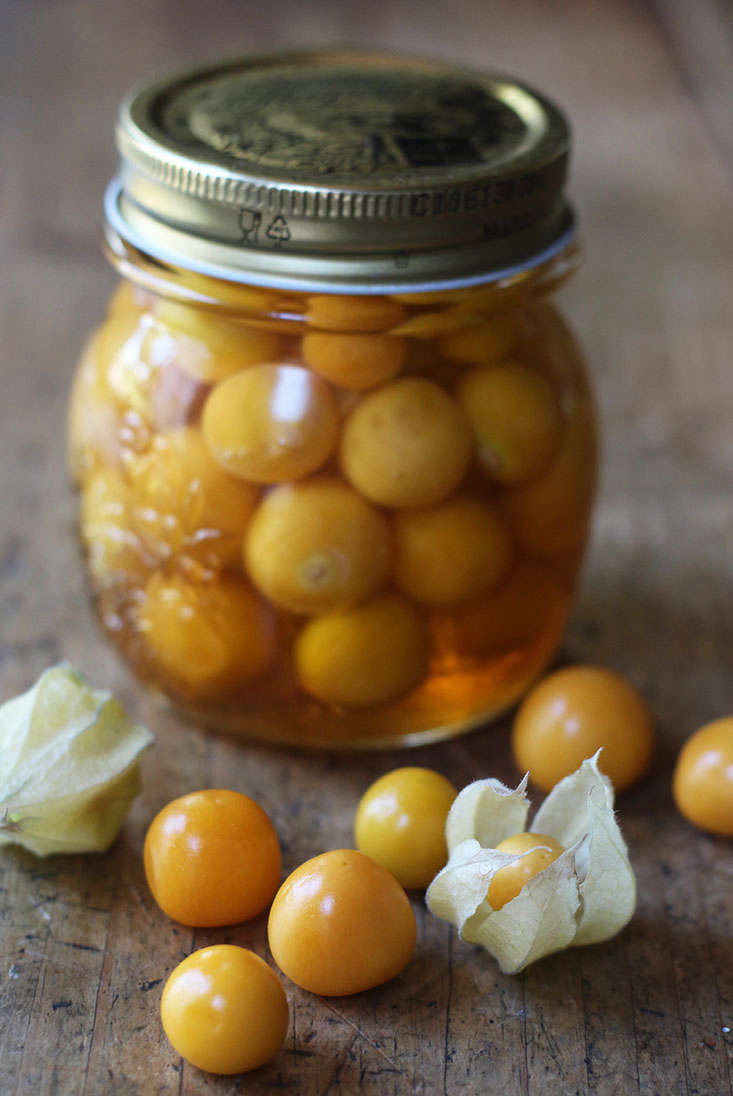 Prick each Cape gooseberry once with the tines of a fork. Place in a clean jar. Add all the other ingredients, close the jar, and tip from side to side to dissolve the salt and sugar. Leave overnight. They keep well for several weeks, but store in the refrigerator.

Before & After: A Kitchen Garden in Sussex, England

Trending on Remodelista: The New Look