When I asked my local traveling friends where to stay during the spring flower season in Namaqualand’s Hantam region, Papkuilsfontein came out tops.

But Mariëtte van Wyk, the elegant farmer’s wife who with her daughter-in-law, Alrie van Wyk, runs the Papkuilsfontein guesthouse outside the tiny town of Nieuwoudtville in South Africa, laughs: “When the talent for PR was being handed out, we weren’t even last in line: we were playing outside!”

They might not be savvy marketers, but Papkuilsfontein’s reputation is spread by the most trusted method of all: word of mouth. And we were lucky to be squeezed in. 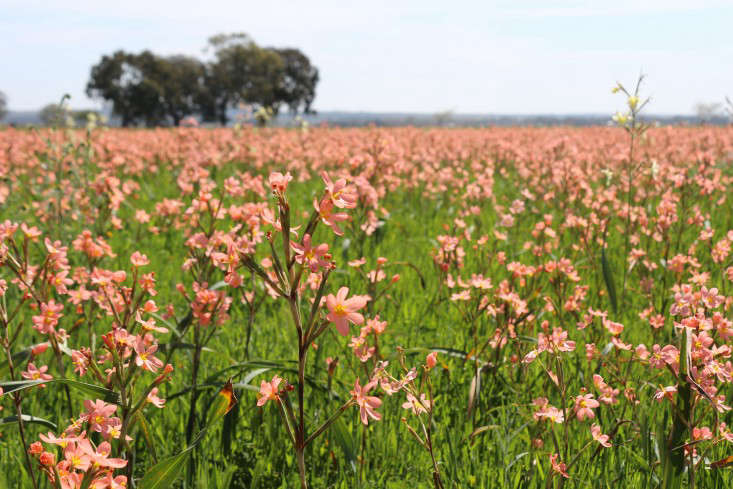 Three-and-half hours from Cape Town by car, situated high on The Bokkeveld Escarpment above the forbidding Knersvklate, this hamlet finds itself in the international crosshairs of discerning flower hunters. Self-described as “the bulb capital of the world” the countryside here is packed with geophytes, annuals, and perennials. 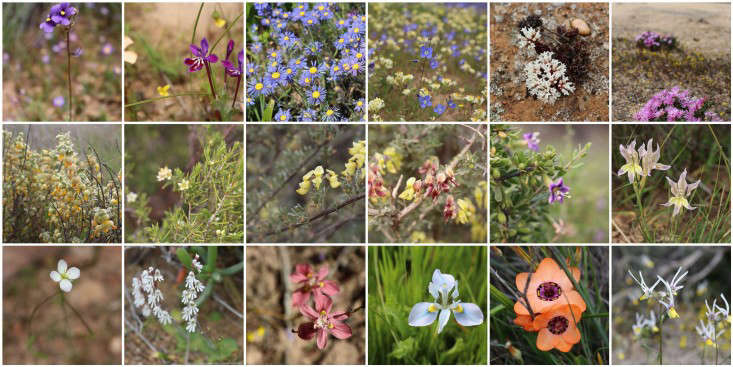 Above: Famously, there are more species in this South African pocketsquare than in the entire United Kingdom. This eruption of flowers, their diversity and density, is unique on the planet. 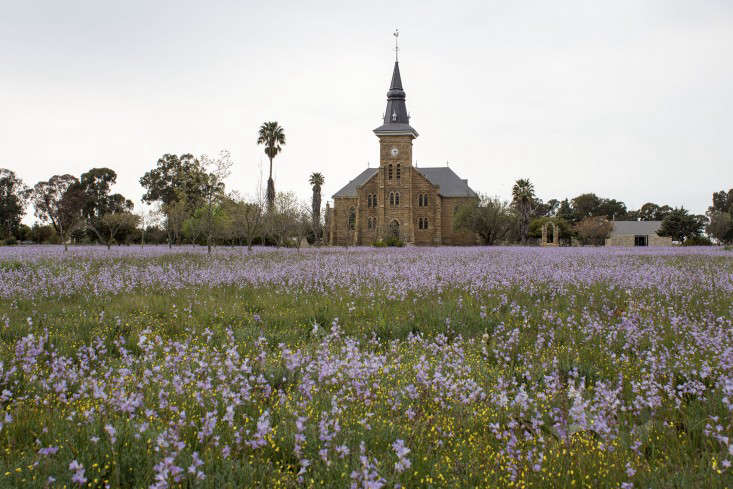 Above: In late August and early September, after favorable winter rains, the show begins right in town with a postcard display of Ixia rapunculoides growing wild in the grounds of the sandstone Dutch Reformed church. 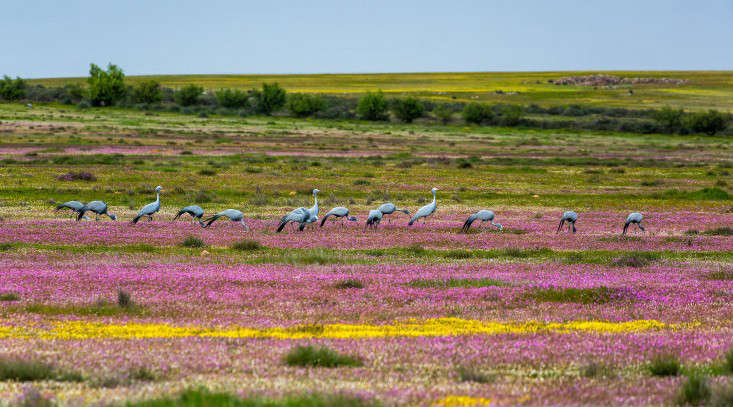 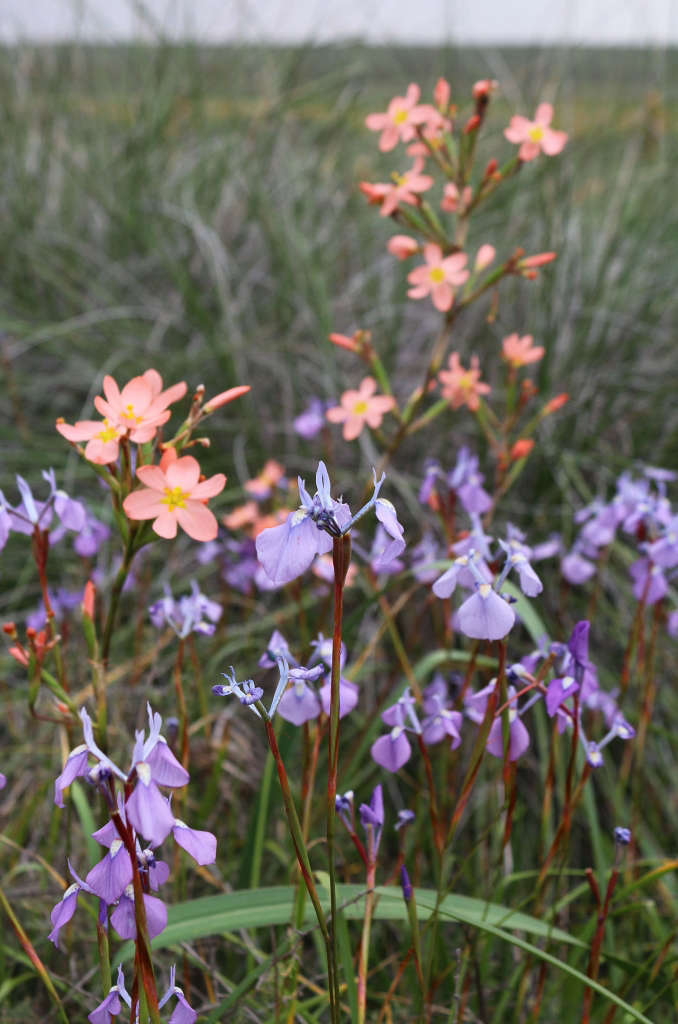 Above:  Just beyond town, the Hantam National Botanical Garden is a former sheep farm whose conservation-minded owner, Neil MacGregor, maintained the land so well that it remains rich with flowers and endemic species. Several trails lead walkers through the flowers. 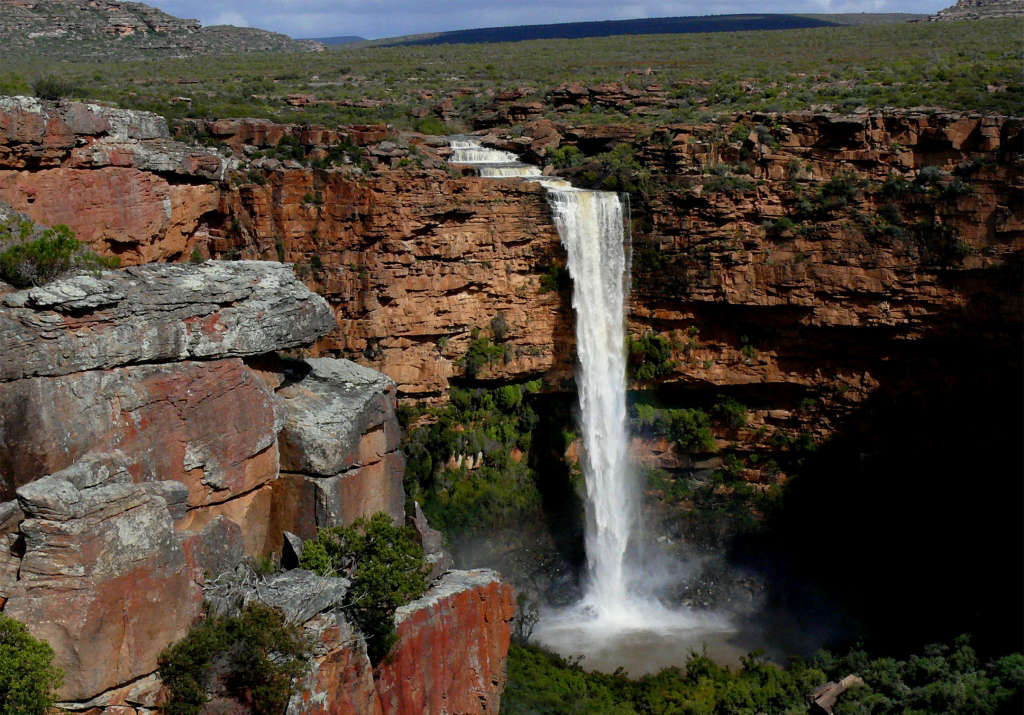 Above: Photograph by Annalize Buhrmann.

Further along the same dirt road is the farm and guest house Papkuilsfontein, named for the section of river that winds through the property, whose pools—kuils in Afrikaans—do not dry out, even in parched Northern Cape summers. After exceptional rains this lazy water becomes a torrent that cascades into the Oorlogskloof, an imposing canyon that borders the farm. 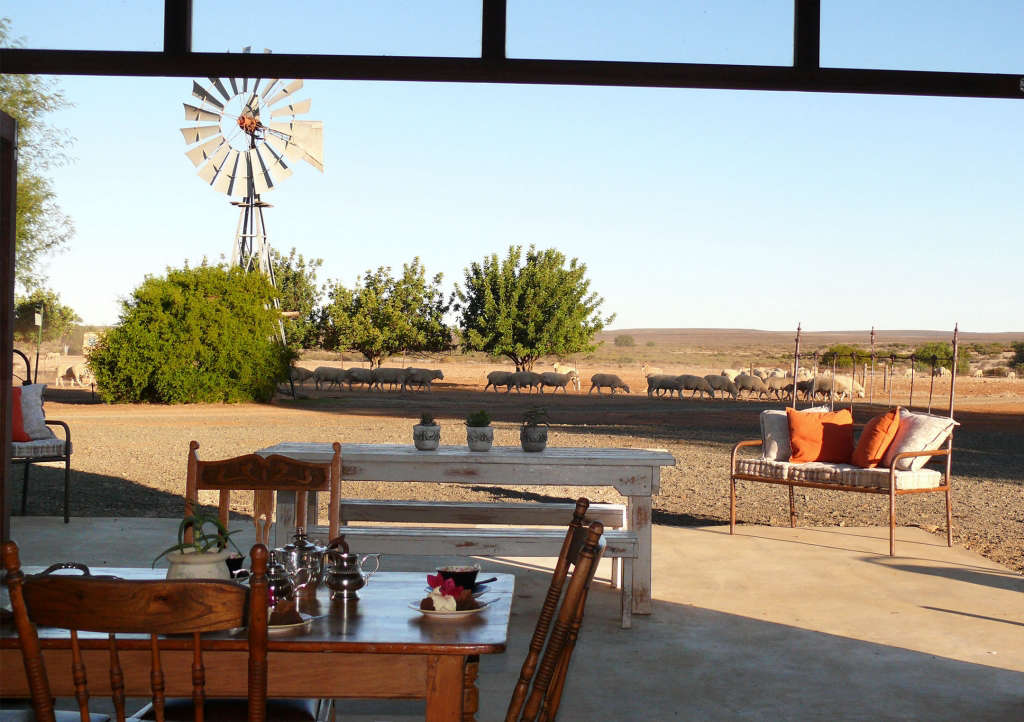 At the Papkuilsfontein guesthouse, the Van Wyk men—Mariëtte’s husband Willem, and their son Jaco (the sixth generation to farm here)—run the agricultural side of things, raising sheep (their own lamb and mutton are served at dinner), and growing rooibos tea, olives, and fodder. The women farm with guests. 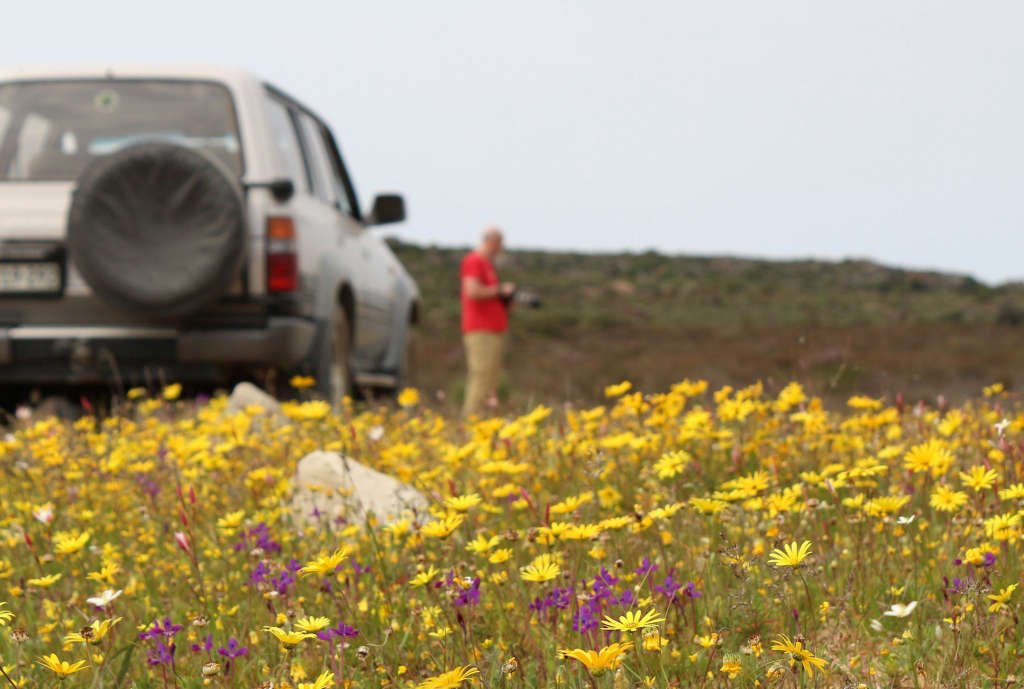 Above: Flower routes have been established on the farm allowing guests to drive themselves, or to take a guided tour through the Renosterveld  – a geophyte-rich vegetation type of the Cape Floristic Region, where indigenous and endemic plants flourish beside cultivated fields. 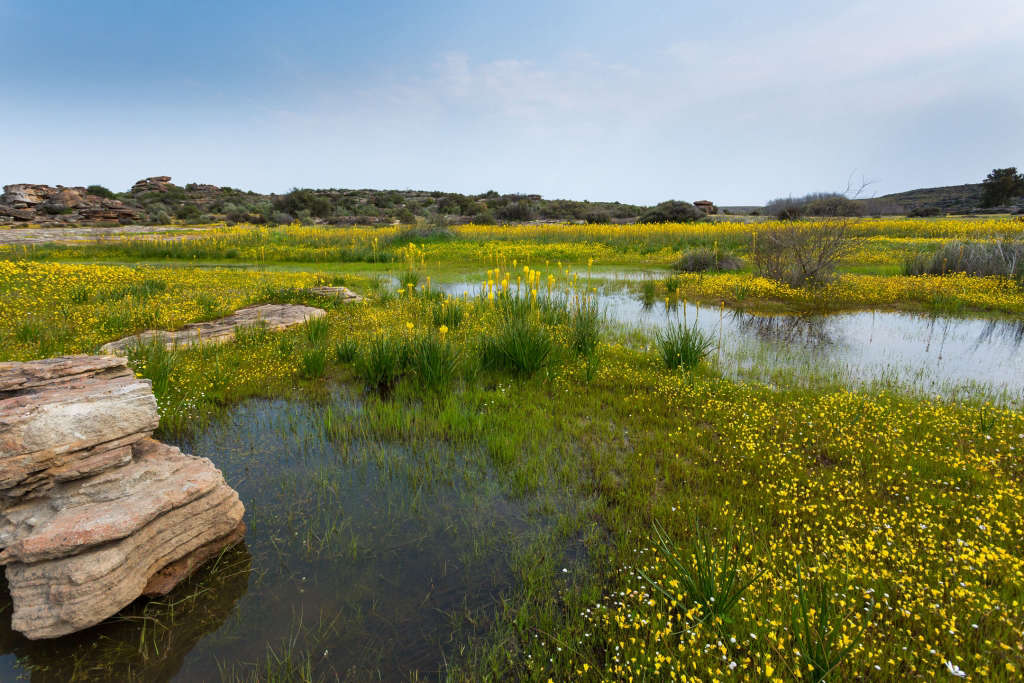 In wet weather there are deep puddles to ford, and when we visited we were happy to be in a sturdy Land Cruiser. Willem is on hand at reception in season to hand out farm maps and make sure that drivers stick to the right route for their vehicle. 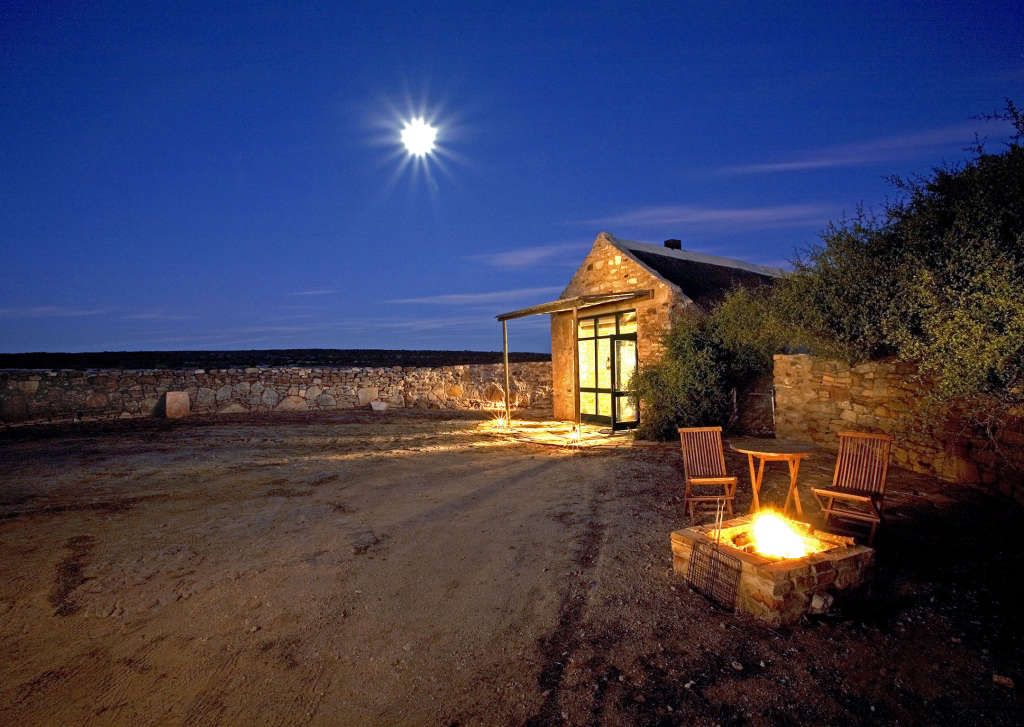 Above: Photograph by Obie Oberholzer.

The Van Wyks’ venture into the hospitality industry began with the renovation a single stone cottage on their farm, in 1984. It is now one of three restored dwellings clustered in wide fields of spring daisies. Each is flawlessly made-over to retain its original sense of simplicity—there is no electricity—while no luxurious detail has been overlooked. Mariëtte’s impeccable sense of design creates a sense of effortless calm. And the setting is idyllic. 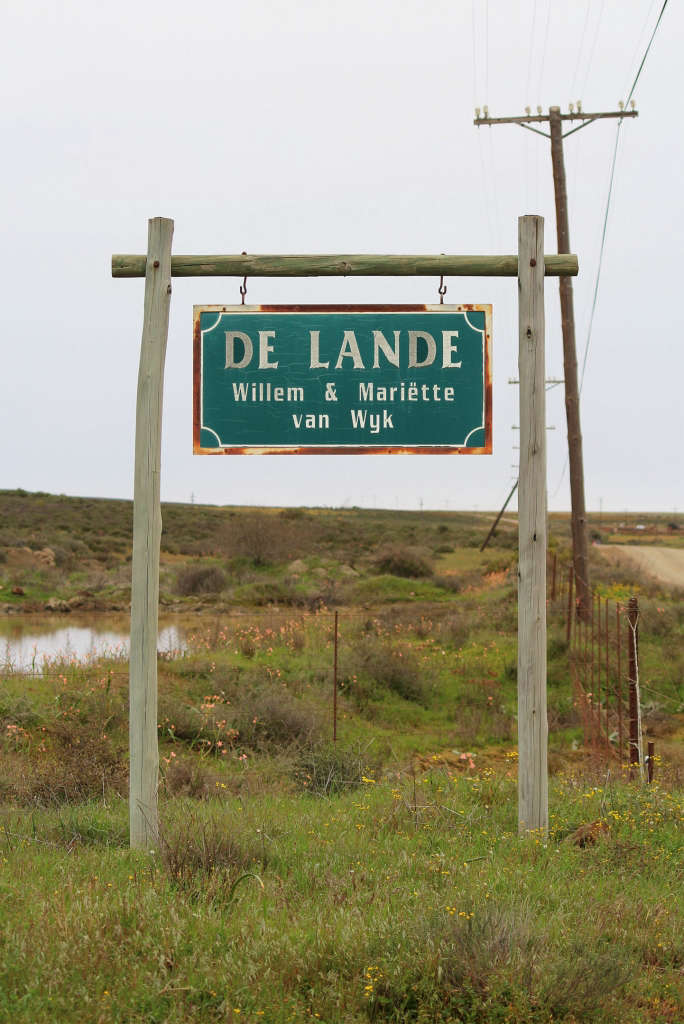 Above: Over the decades the Papkuilsfontein accommodation portfolio expanded to house the annual flood of flower tourists. On De Lande, their farm nearer town, guest rooms have been added, along with a transformed Overseer’s Shack with corrugated walls painted oxblood red. De Lande is also where guests gather for drinks and evening meals (where the roast potatoes are legendary) and where lavish farm breakfasts are served in season. 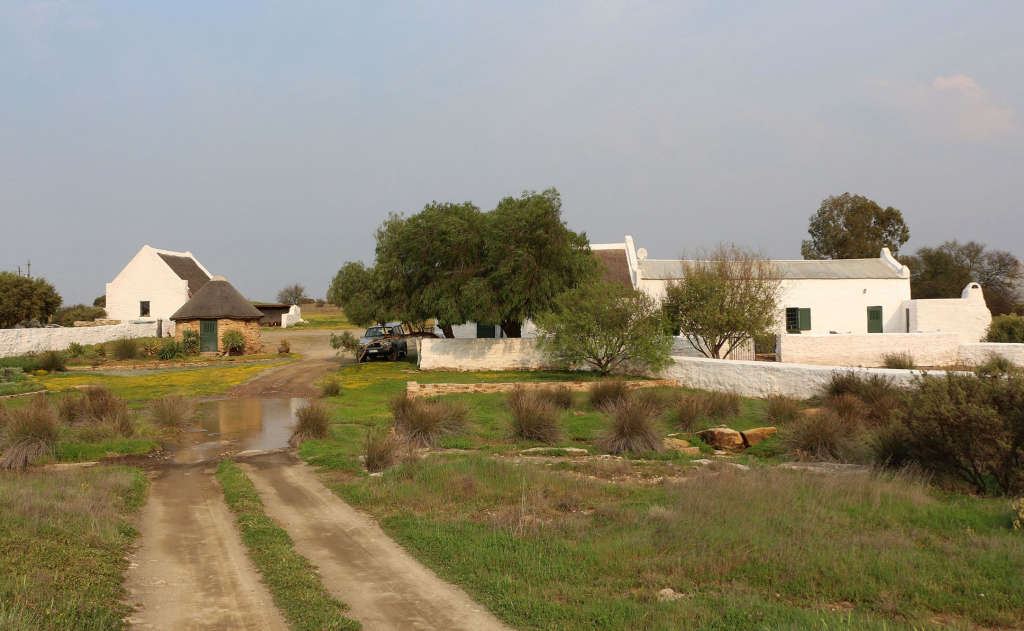 Above: The most recent addition is Matjiesfontein, a Cape Dutch homestead built near a spring, where low whitewashed walls dating to the time when three farmers’ flocks drank here define the historic property. The house’s  two joined parts date to the 17th and 18th centuries. In 2002 Willem undertook the dilapidated structure’s restoration, intending that he and Mariëtte live there after Jaco and Alrie married and moved into the main Papkuilsfontein homestead, as is farming tradition. And while the parents now live at Matjiesfontein year-through, in peak season visitors are accommodated in the 18th-century rooms, while the owners remove themselves to the 17th. 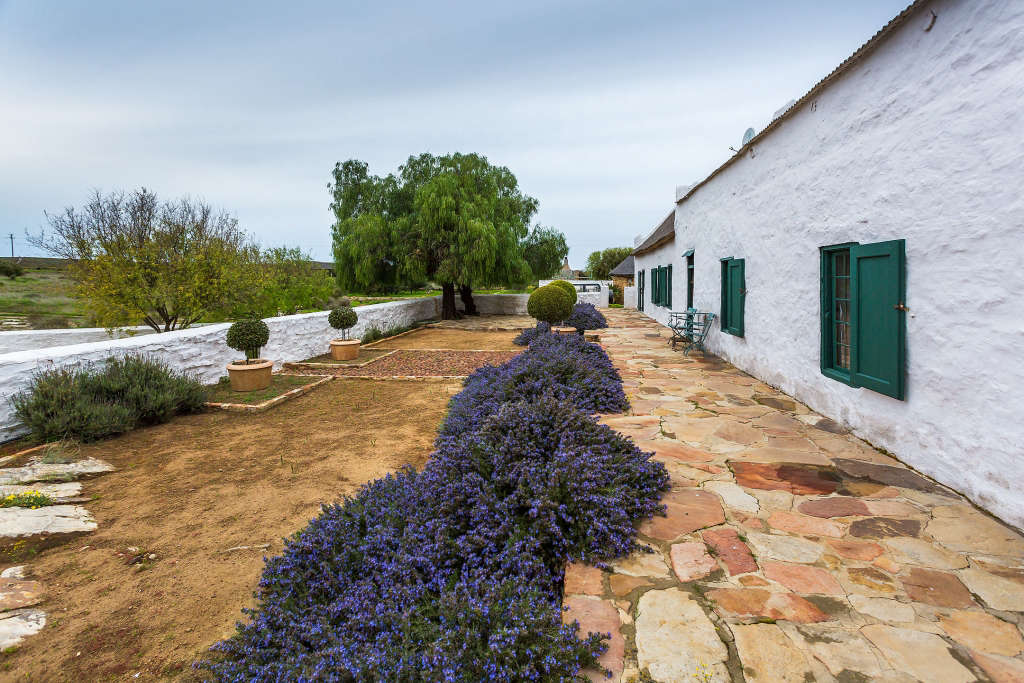 The restrained elegance of the revived building owes its new life to a painstaking restoration. It included the sourcing of handmade nails, while a blacksmith in Cape Town made the hinges and window fittings. The tiles were handmade in Zimbabwe. “Nothing machine made looks right—too square and correct,” explains Mariëtte. With Willem, their son Anton built the window frames. Steel cables were fitted to keep some of the walls from moving apart. The front door is an old regional cedarwood piece, now very rare. 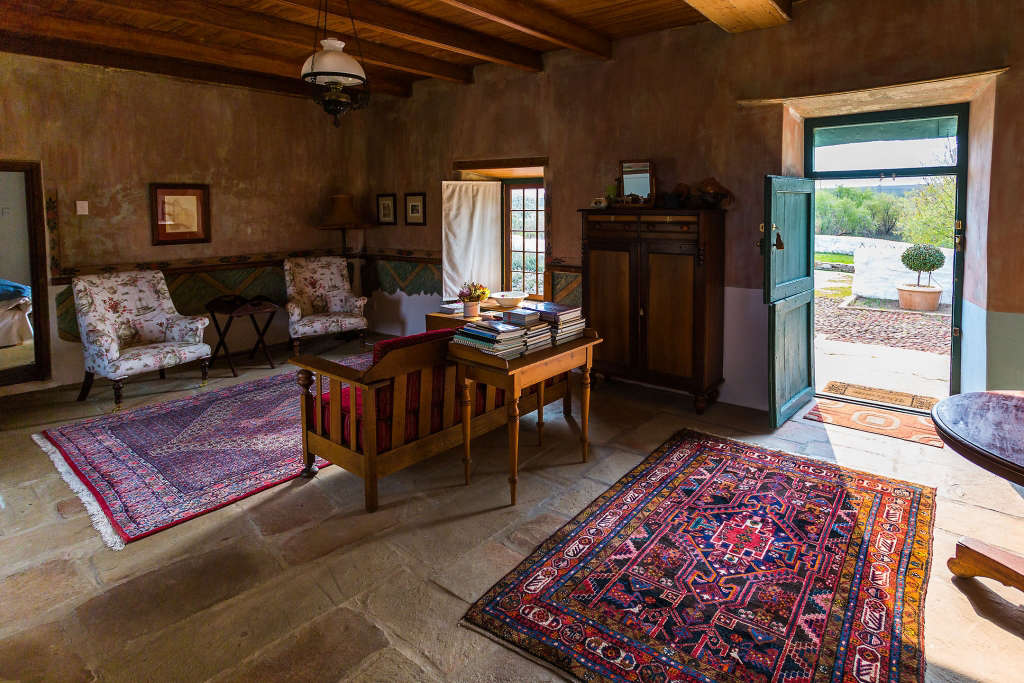 “The lounge gave me lots of headaches,” says Mariëtte. “Rooms are not very often balanced in old buildings…leaving spaces which will not allow for easy placement of furniture.” And the walls’ original colors were all over the map. “In the end,” she says, “the first thing I bought was a Persian carpet with all those colors in it.” The second addition was an old wakis (wagon chest), a family heirloom.

For a weary traveler, the sense of the place is one where unfussy gentility and cultivated ease welcome you, from the decanter of sherry on a silver tray, to the good, collectable books stacked on a polished table. And if you walk barefoot across that Persian rug, you will find that it is heated from beneath. 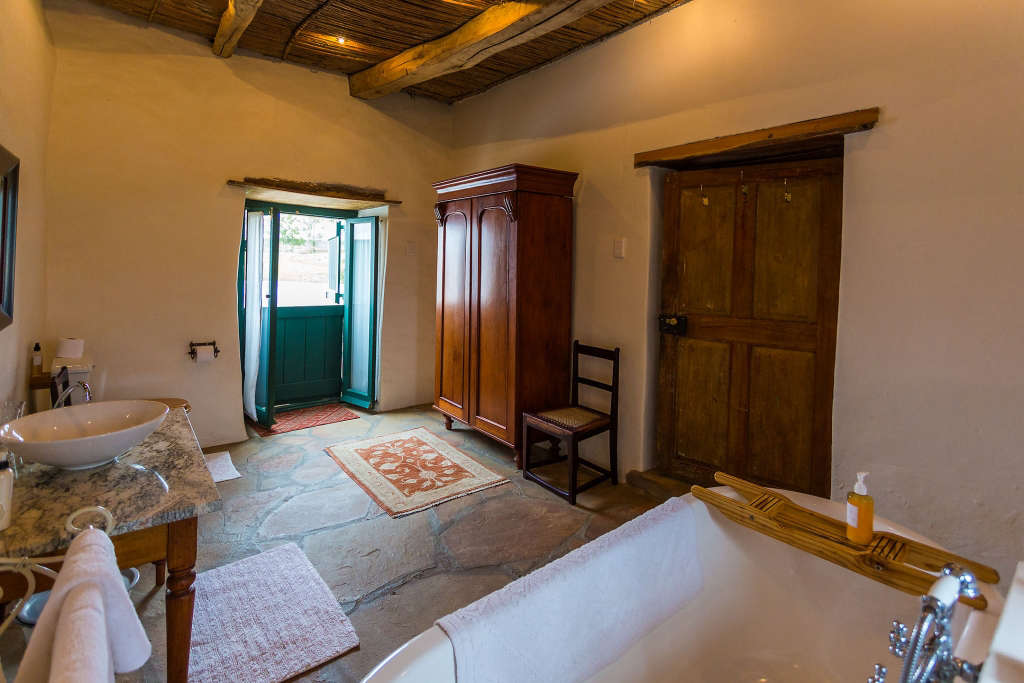 The oversize bathroom is the size of some New York apartments, and the enormous clawfoot tub begs you to submerge yourself while enjoying the passing flight of a malachite sunbird beyond the open stable door. 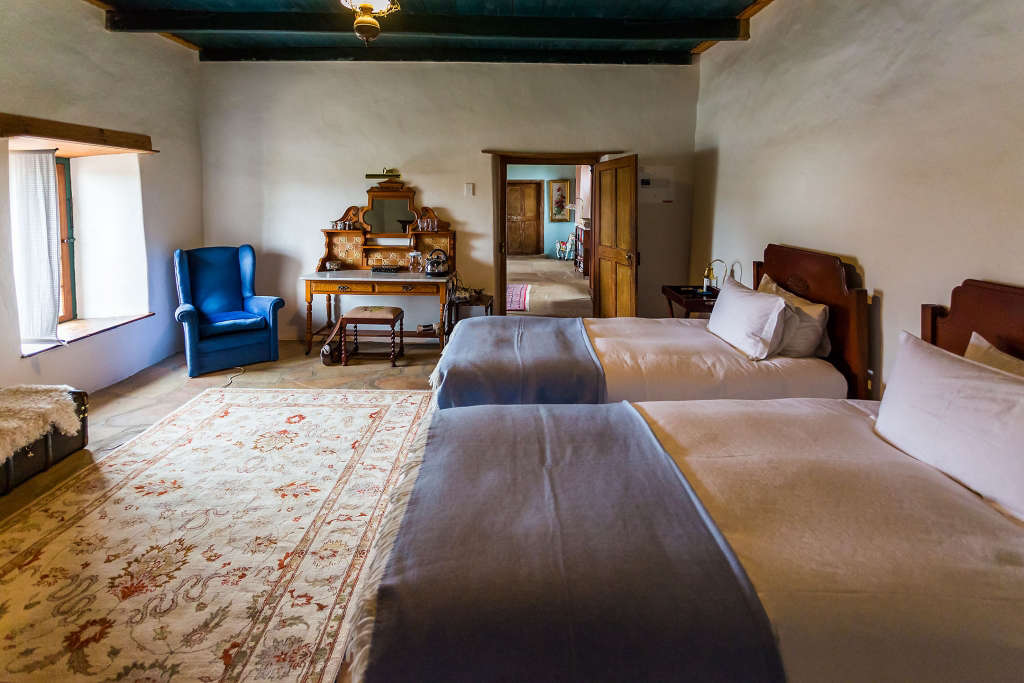 Spring nights are cold, so hot water bottles and comfy beds keep you in the kind of deep sleep that city dwellers dream about. And the night skies here are unpolluted by light or industry, making for spectacular star gazing, year-round.

For a rare combination of the best of Afrikaans hospitality, a restful countryside retreat, an introduction to a floral phenomenon, and side trips to spectacular natural scenery, it is hard to imagine a place better situated or more thoughtfully planned than this working farm.

For more details and accommodation (book well in advance for August and September) visit Papkuilsfontein’s website.

Before and After: Expat Gillian Carson's English Garden in Portland, Oregon