The word “eccentric” has a lot of currency at Renishaw Hall in Derbyshire. Though the head gardener uses it to describe Sir George Sitwell (the garden’s turn-of-the-century mastermind), the word is normally associated with Sitwell’s children, Edith, Osbert, and Sacheverell. At Renishaw, the iconoclastic siblings who grew up to be well-known authors (Edith was the poet) are known mainly as the Literary Trio.

It is said that at Renishaw Hall one of the spare bedrooms–and possibly a corridor–is haunted. Whether or not you believe in ghosts, it is clear that the spirit of its more recent inhabitants fills this gothic pile in the Midlands with a special atmosphere. 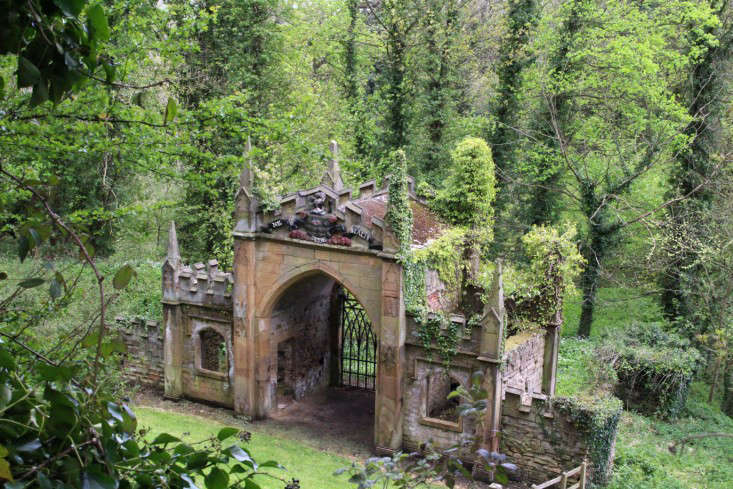 Above: A gothic gate in the woods, put up by the felicitously named Sir Sitwell Sitwell.

Above: The estate office, bearing a plaque with the legend: “George Sitwell, Baronet, Renishaw Hall.” The estate color is a sublime sea green, taken up at the suggestion of Sir Edwin Lutyens.

Derbyshire, also known as the Peak District, is about three hours from London and has a dramatic landscape, compared with its flatter neighbors in the Midlands. It was also at the heart of the Industrial Revolution. The views from Renishaw are far-reaching: gloriously green and pleasant, with the odd pylon thrown in, for ruggedness. 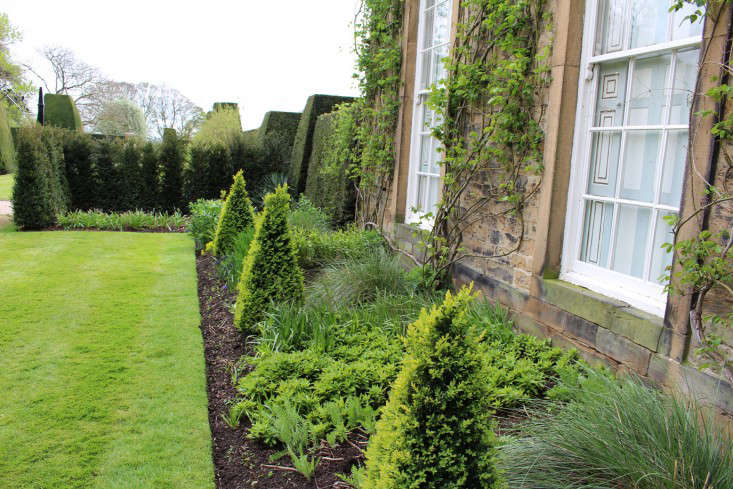 Above: The ballroom garden, its box spires a visual nod to the finials on the roof. Renishaw has this year won the Best Garden award from the Historic Houses Association.

The ballroom and billiard room were both remodeled by Lutyens, though he grew tired of being asked for free advice about the garden from Sir George. The baronet had strong ideas of his own, having written the authoritative On the Making of Gardens, based on travels around Italy (other books include Introduction of the Peacock into Western Gardens and A Short History of the Fork). One of his many inventions included a small revolver for killing wasps. 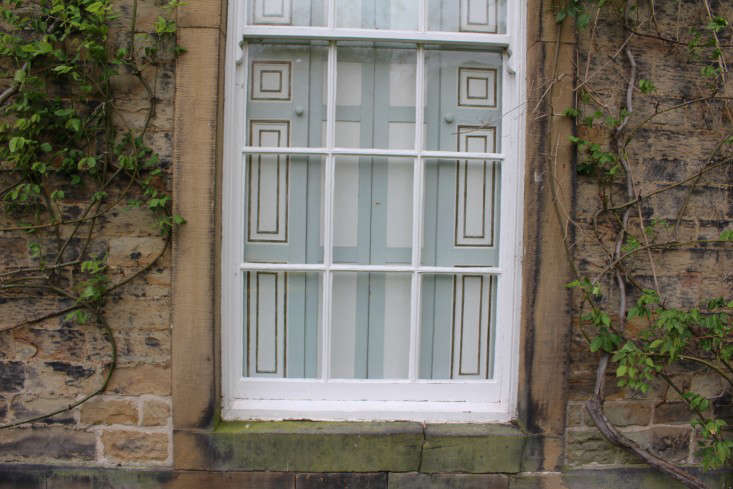 Above: Closed shutters of the ballroom. The Literary Trio rebelled against their parents’ version of eccentricity by seeking out the new, the strange, the avant-garde. Edith in particular was a proto-punk of the 1920s, who relished performance art, her singular looks adding to the experience.

When the family was painted by John Singer Sargent (the spectacular result hangs in the Drawing Room), Sir George tried to have the artist accentuate the irregularities of his daughter’s nose. Sargent decided to give a crooked nose to Sir George instead. 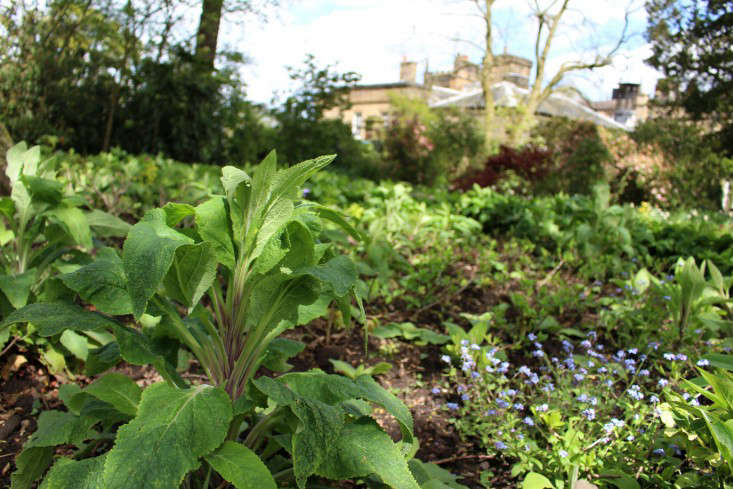 Above: The entrance to the garden is shady and any attempt at grass has been laid aside in favor of foxgloves, euphorbia, and for later months, nicotiana and varieties of hydrangea. 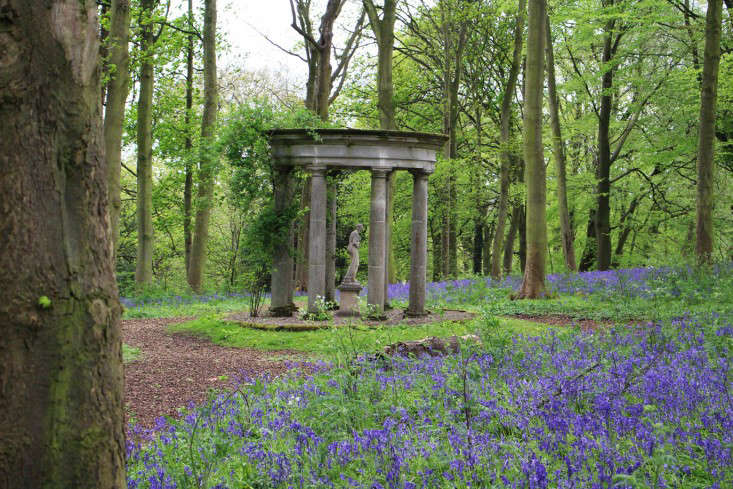 Above: A temple in the bluebell wood. Dame Edith excused herself from visiting it frequently because, according to head gardener David Kevesten, she claimed to fear “that her senses would overwhelm her.” 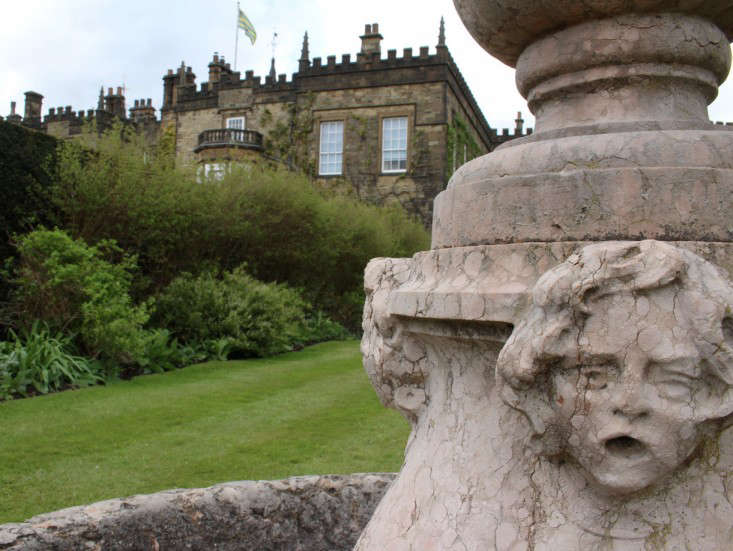 Above: An area of the garden known as The Second Candle. The First Candle is on the other side of the Middle Lawn. The south-facing gardens are of a formal Italianate style, painstakingly researched and put together by Sir George, sparking a craze in England for Renaissance-influenced Italian design. 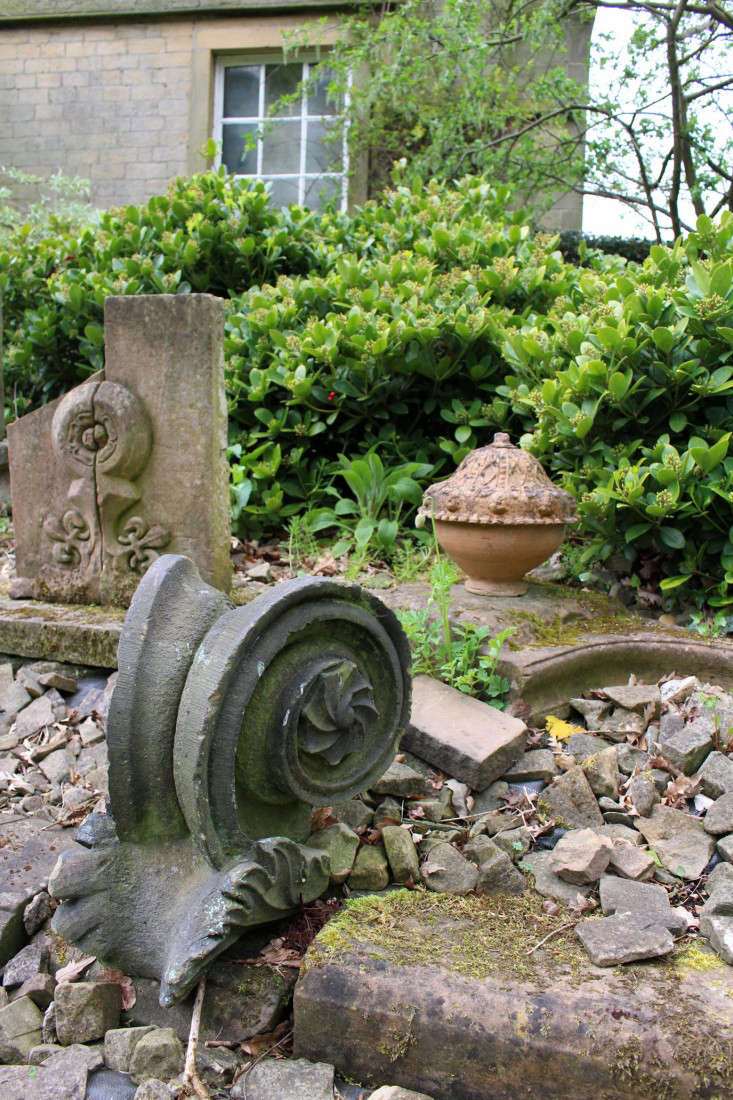 Above: Some of the ruins on the estate are souvenirs from the travels of Sir George, who eventually retired to Italy, leaving the cold, unelectrified house in the hands of his son Osbert. Sister Edith sought refuge here from Paris during World War II, writing and knitting for the war effort. The ruinous state of the house was addressed by his nephew Sir Reresby Sitwell in the 1960s. 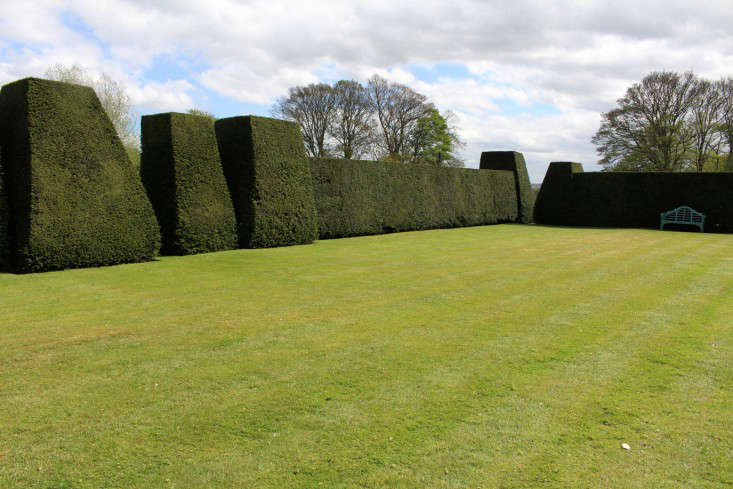 Above: The garden layout which Sir George created was a strike against Capability Brown’s landscape movement which had swept away the original garden. Sir George’s intention was to re-introduce a style to suit the house: big garden rooms surrounded by walls of yew. 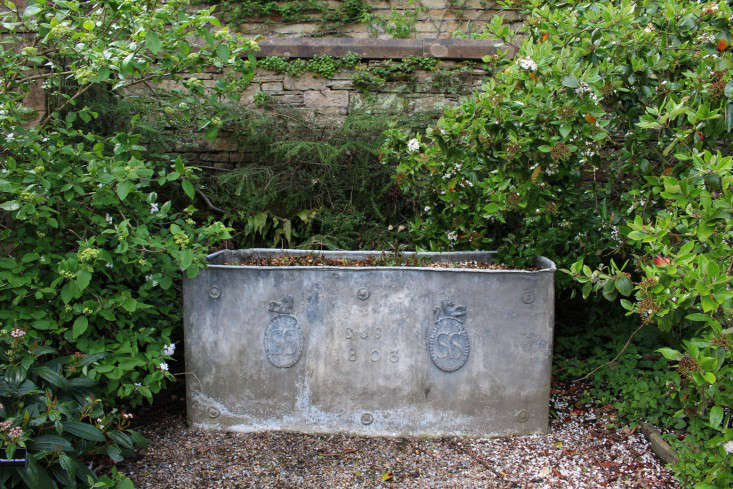 Above: A battered lead planter with authentic detailing (SS 1803). “SS” stands for Sitwell Sitwell, first baronet. It is possible that he might not have been christened ‘Sitwell’ had his parents known that he would inherit two Sitwell estates from distant relations. He then took the decision to change his surname from Hurt to Sitwell. 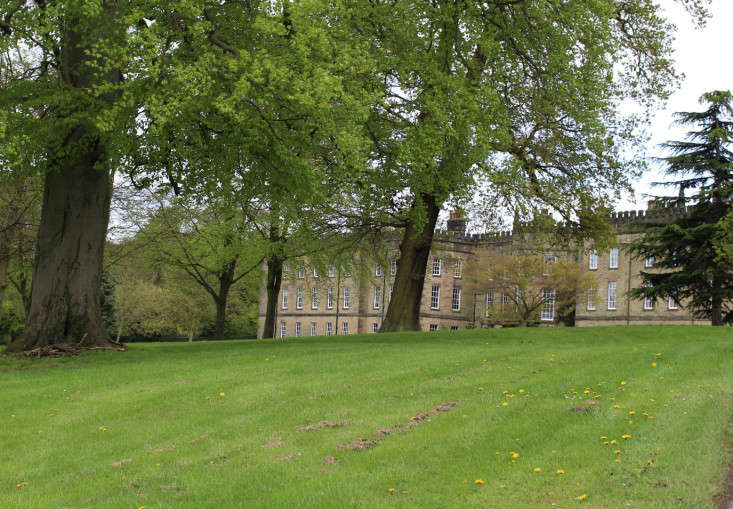 Above: Renishaw from the winding drive. The family motto: “Ne Cede Malis” (Do Not Yield to Misfortune) is found on several outbuildings. Before coal was discovered on the estate, the family’s fortune had had its ups and downs which then went down again after the gilded youth of the Literary Trio. In escaping the misfortune of many old family “seats” during the ’50s and ’60s (demolition), Renishaw’s motto still holds.

Neighboring Chatsworth was one of the first to become a model modern estate. See: A Dowager Duchess’ Glorious Masterpiece.

Outbuilding of the Week: A Tiny Glass Studio in Barcelona