It was with a heavy heart that I bought seven perfect little auriculas last spring, knowing full well that soon they would be dead. It is absolutely against the principles of my gardening “style” to grow anything difficult and having spent an hour in the poly tunnels of Ashwood Nurseries in the West Midlands of England with resident expert Philip Burden, I had no reason to believe that buying these was a good idea. But I needed to make an auricula theater for a book project, so I bought them. 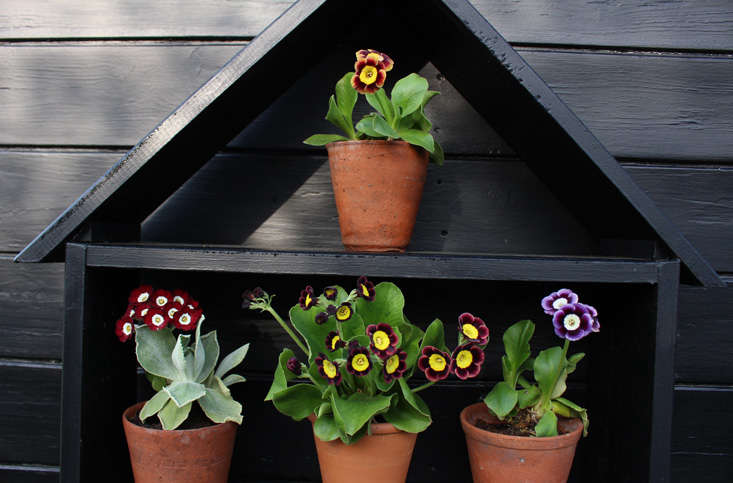 Above: Choosing color combinations and textures that you happen to like is a good rule of thumb. At Ashwood Nurseries, a selection of unnamed “mixed colors” are on offer, along with the more expensive “show” strains.

My little group of jewel-like plants stayed in their box for some weeks, while I agonized over how to house them. An auricula theater is the traditional way of displaying these antique flowers, instantly adding to their romantic atmosphere. It is also remarkably practical. Both theater and flower felt like a madness. 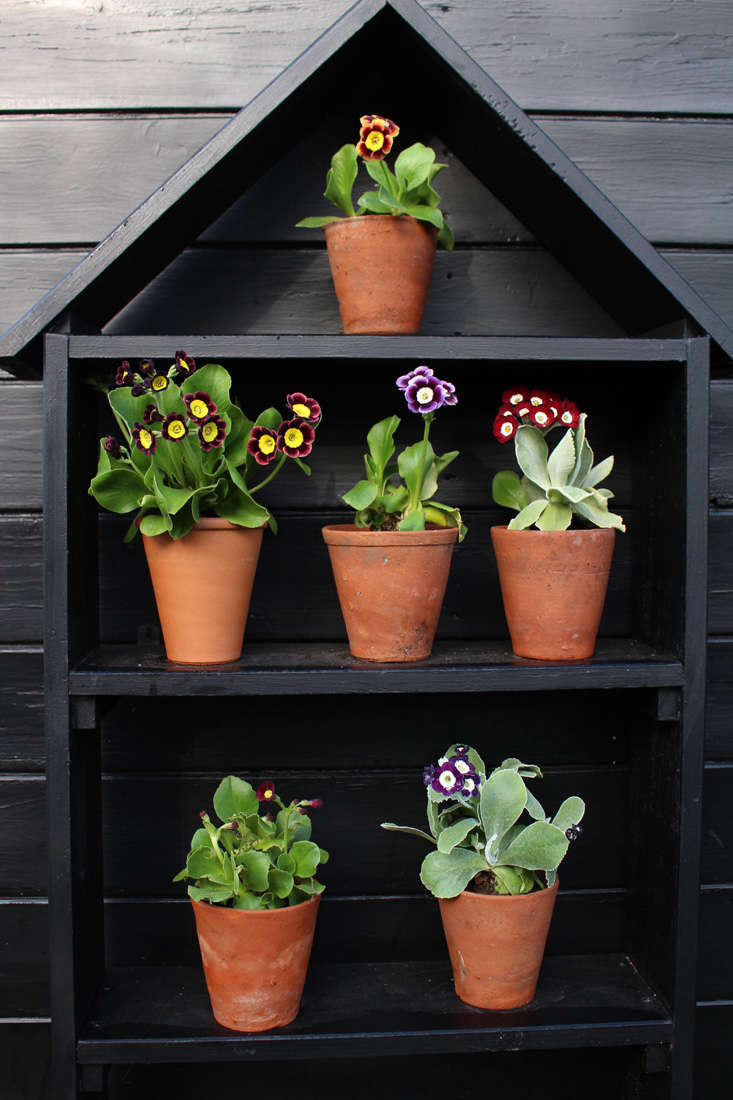 Above: I looked up auricula theaters on Pinterest and one simple one, without frills, stood out. I showed it to my neighbor who is a carpenter; I had some tongue-and-groove wood offcuts hanging around so I handed them over. The next day I found a simple, lightweight structure leaning against my back door. The shed was being painted black, so we painted the frame at the same time. It instantly became a theater. 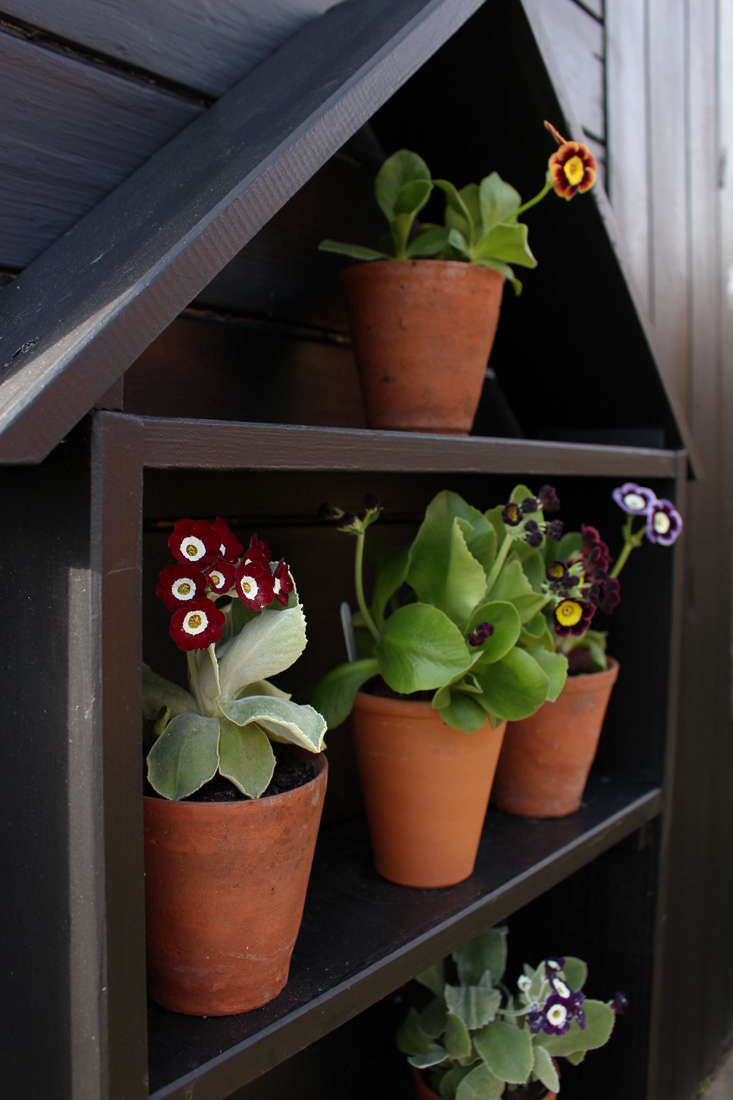 Above: An outdoor theater keeps the air circulating, giving it the advantage over a greenhouse without perfect ventilation. Part of the reason that prize-winning auriculas do so well in the north of England is because of the cooler conditions. “You can have them frozen solid and it won’t kill them,” says Philip Burden.

It is important that auriculas are kept out of the rain. Many “show” varieties have a find layer of meal (or farina) which gives a desirably powdered effect to leaves and flowers, and this is easily washed away. 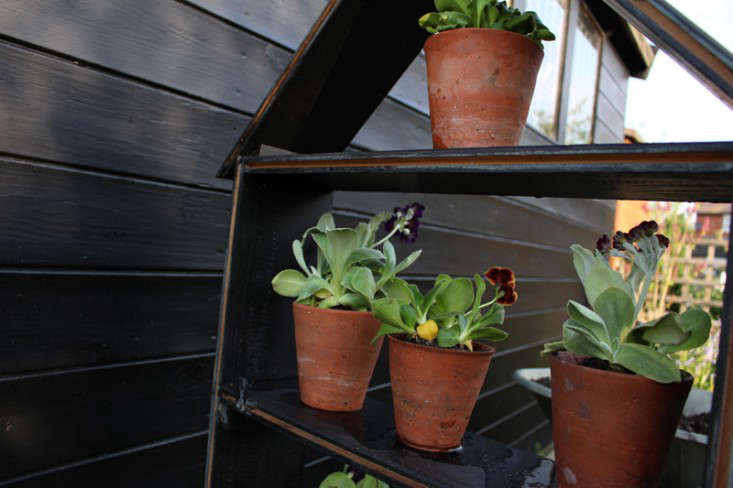 Above: Eyelets were attached to this theater so that it could be hung on a wall, though I prefer to move it around. In spring, an east- or north-facing site will protect auriculas from prolonged sun. In summer the whole frame can be moved to a sheltered wall and left there, into winter. An alternative is to empty the theater and put it in full sun in summer, loaded with non-hardy pelargoniums. 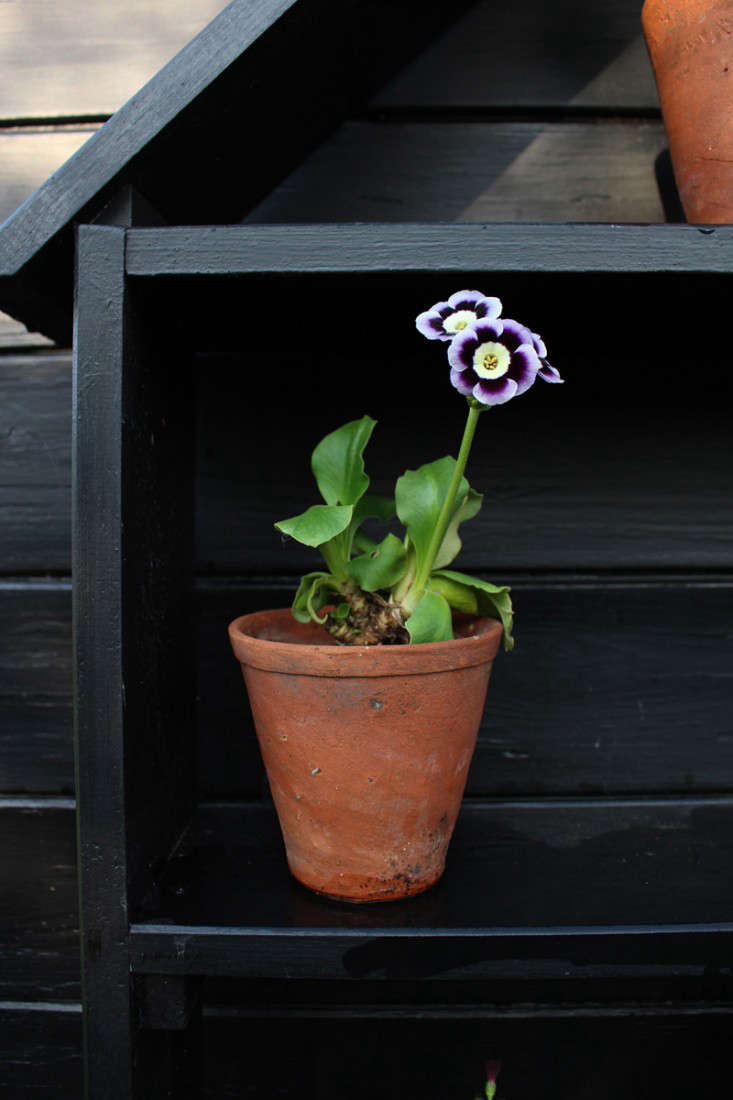 Above: A frame highlights each plant’s shape and color and is a strong focal point for a small garden. 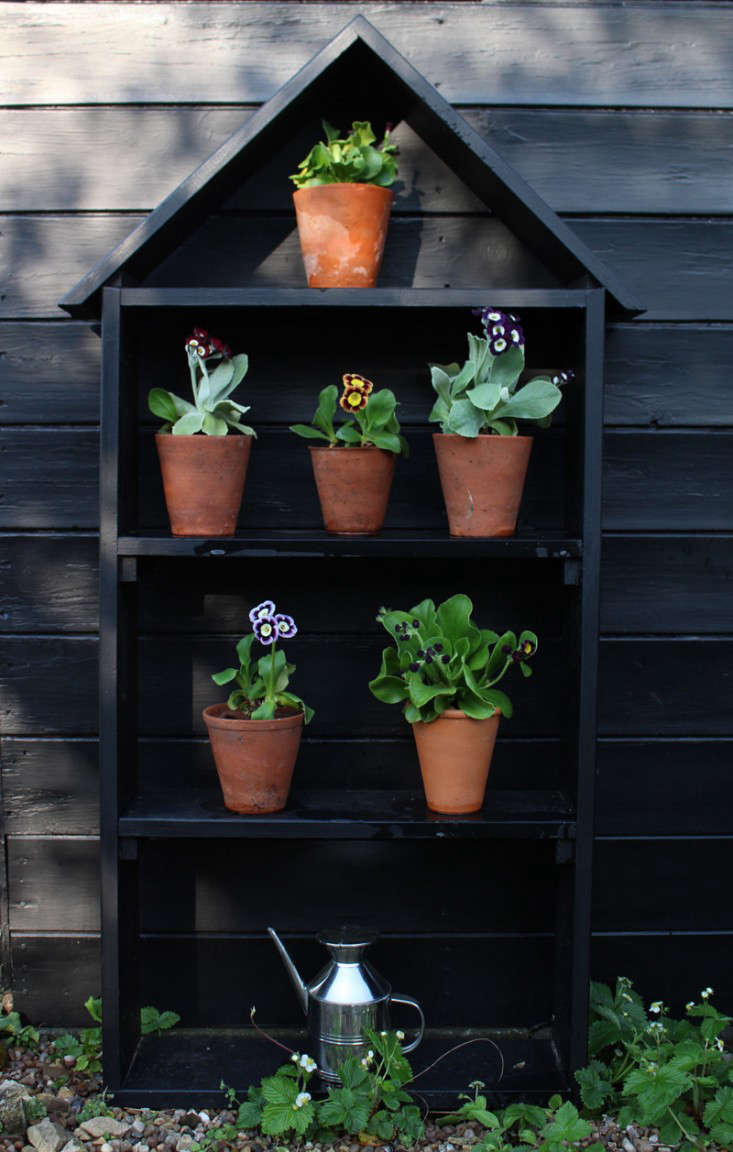 Above: Auriculas should be watered sparingly in winter but during their months of flowering, it is handy to keep a small dispenser nearby, in this case an aluminum oil can which is kept under cover in the frame.

During the winter my most expensive auricula died. I’d particularly wanted a gray plant with green flowers and this green-edged show flower found things too tough when it was being utterly ignored. Moving the remaining plants out of plastic into mainly old terra cotta pots of the same size (7 1/2″), in fresh loam and grit, made them instantly more lovable, as did the frame. They looked rather professional. I am proud to say that ‘Remus’ is doing well (show, blue self) as is ‘Sandhills’ (show, alpine gold). They are mixed among the common and nameless varieties; don’t ask me which ones are which.