Dark is the new black. When it comes to exterior paint colors, we’re admiring deeply saturated shades including green and gray and blue because of the magic they work on a surrounding landscape. Of course, this doesn’t mean we’ve abandoned black….

Here are 10 design ideas to steal from houses with dark facades: 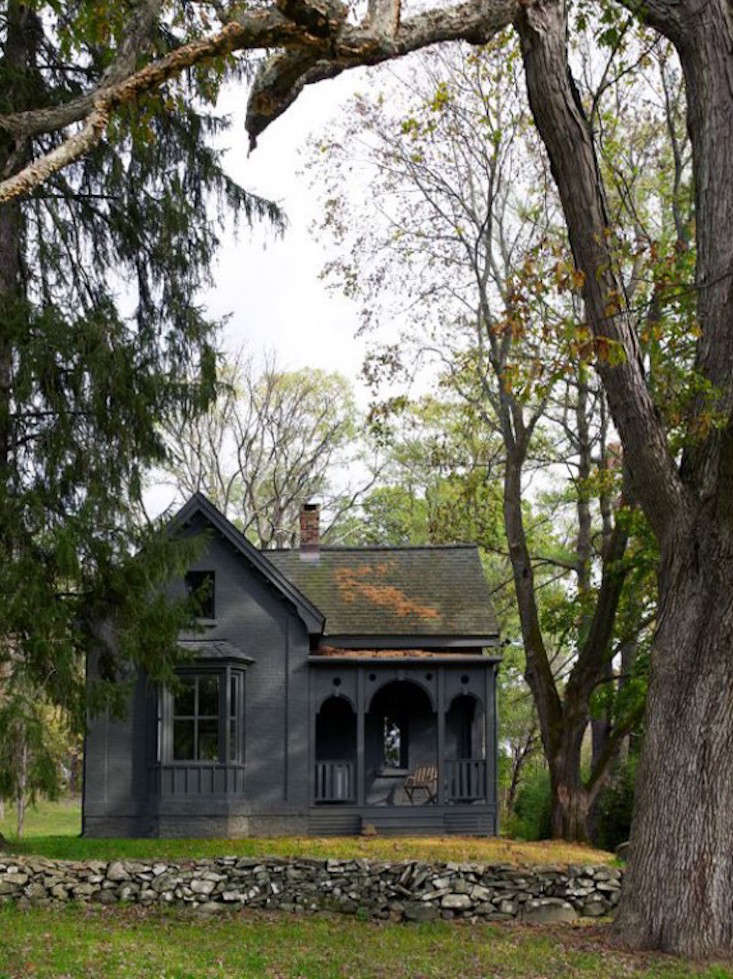 Above: When architects Calvin Tsao and Zack McKown remodeled a former farmer’s cottage in Rhinebeck, New York, they embraced its Gothic roots. A dark green wash on the facade and stoop contrasts beautifully with the stacked-stone retaining wall.

The Blackest of Black 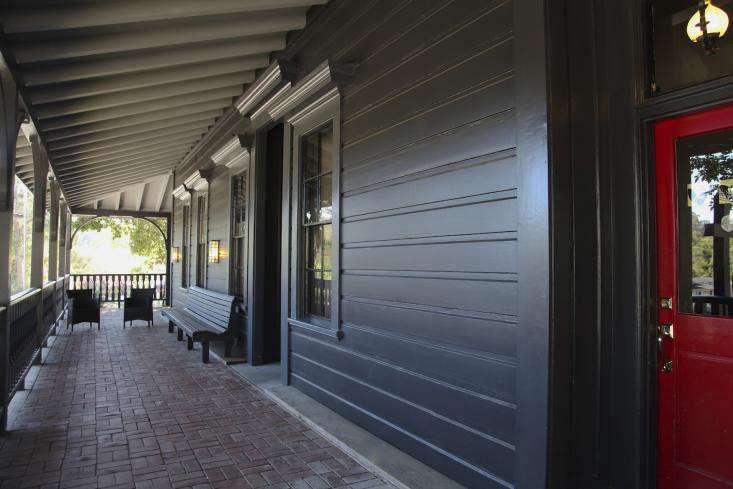 Above: Photograph by Alexa Hotz.

In northern California, the formerly white facade of Sir and Star restaurant gets a modern, sleeker look with Benjamin Moore’s Black Panther paint. “The trim is subtly different, with more sheen and pop to show detail,” notes Alexa.

See more in Restaurant Visit: Sir and Star in Olema on Remodelista.

A Touch of Sunshine 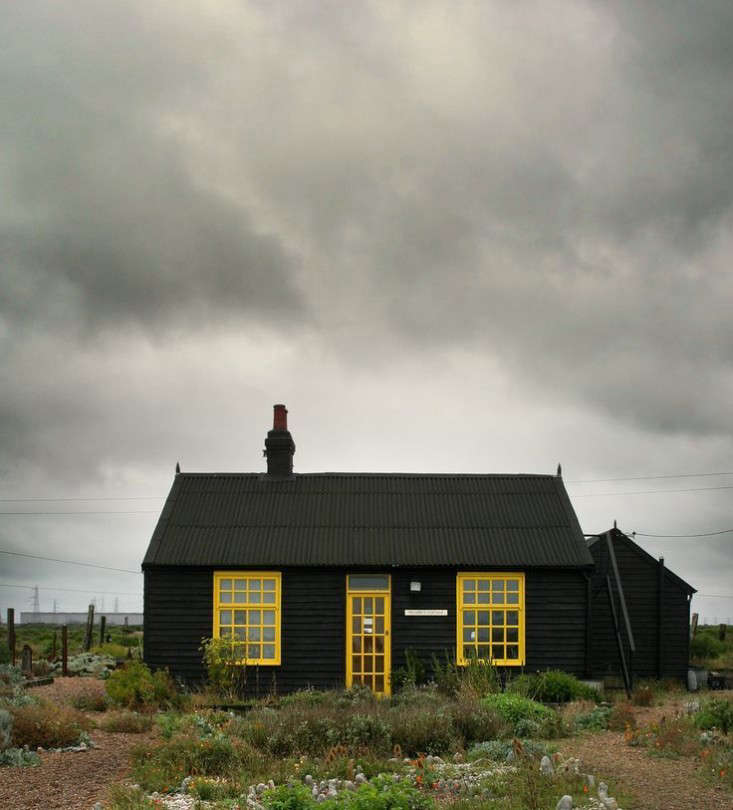 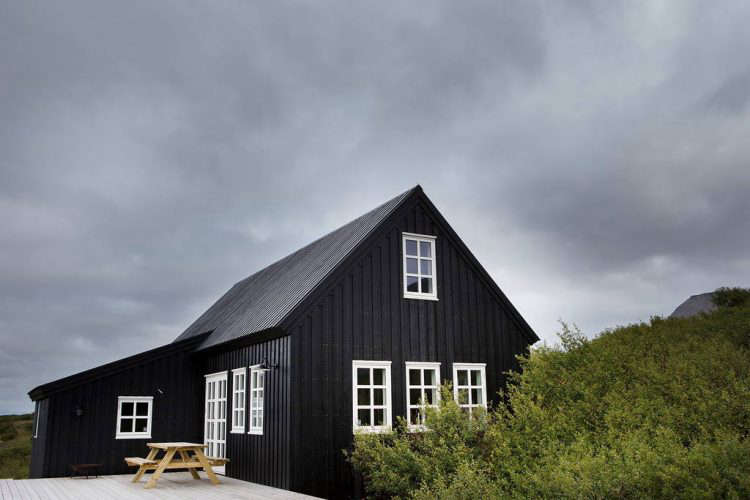 Above: Photograph via Airbnb.

In Iceland, a house clad in black timber has cloud-white trim details to tie it visually to the expanse of sky and dramatic mountainous backdrop. 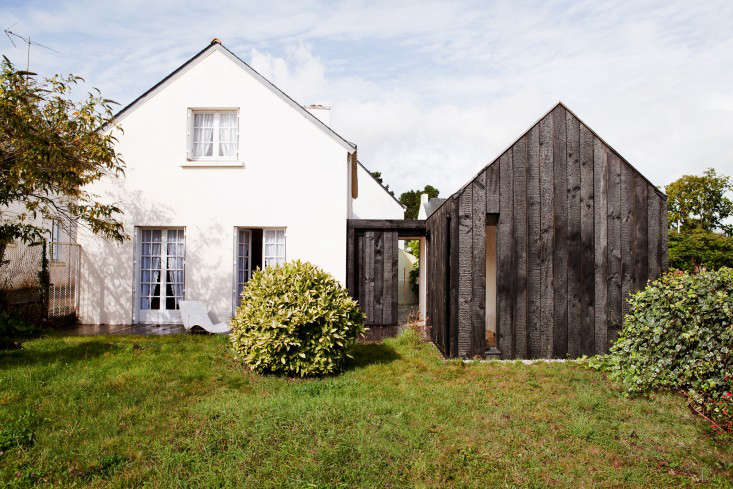 Above: After architects Lucie Niney and Thibault Marca of Paris-based NeM Architectes discovered “a vacation home frozen in time” in Brittany, they complemented the existing white cottage with a dark addition. For more, see Before & After: A Charred Wood Cottage on a $45K Budget. Photograph courtesy of NeM Architectes. 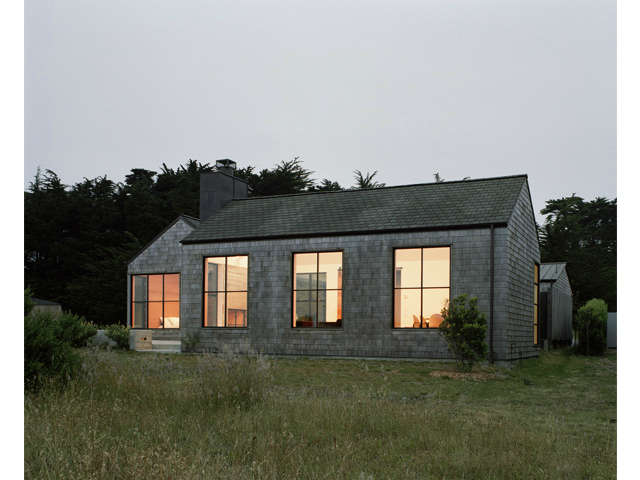 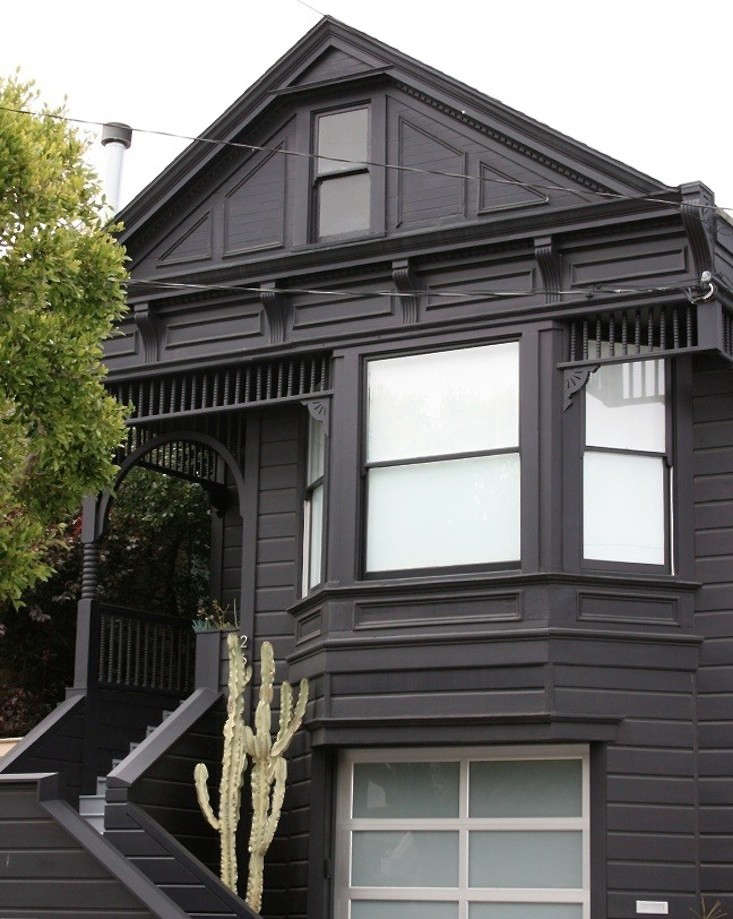 Above:  A black Victorian facade in San Francisco needs nothing more to dress it up than a single spiky succulent, a multi-branched euphorbia next to the front stoop. Photograph courtesy of Grant K. Gibson. 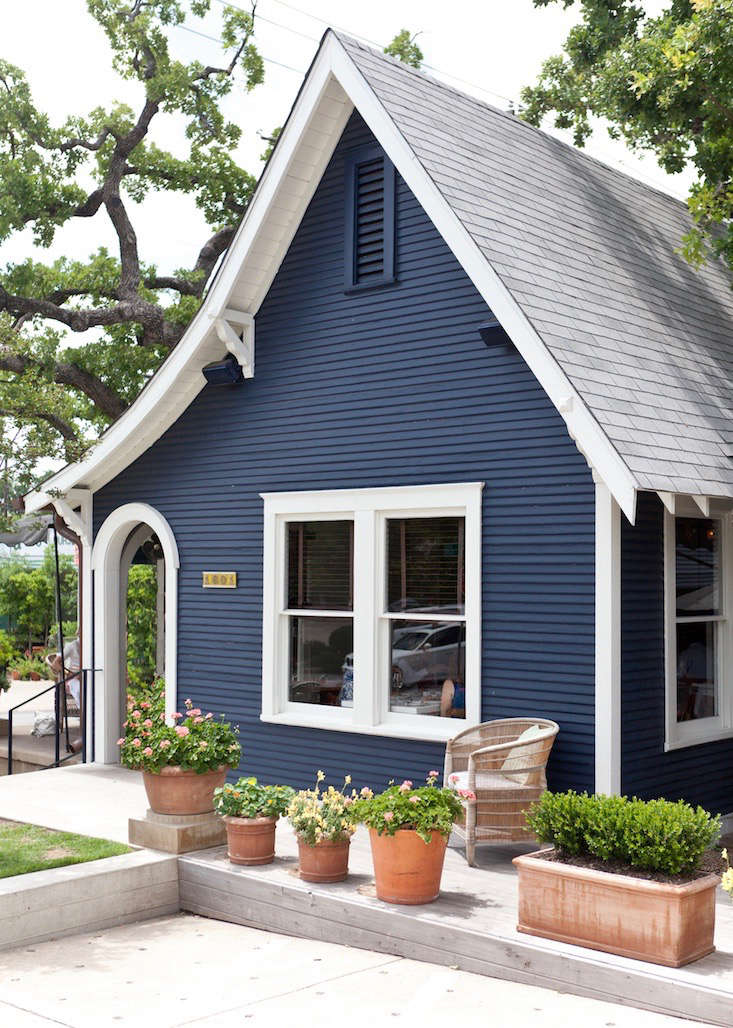 Above: Photograph by Michael A. Muller.

A custom shade of Oxford blue paint keeps a facade looking crisp, even in the heat of Texas. For a similar color, consider Benjamin Moore’s Hale Navy.

For more of this facade, see Get Out of The Heat: Josephine House in Austin on Remodelista. 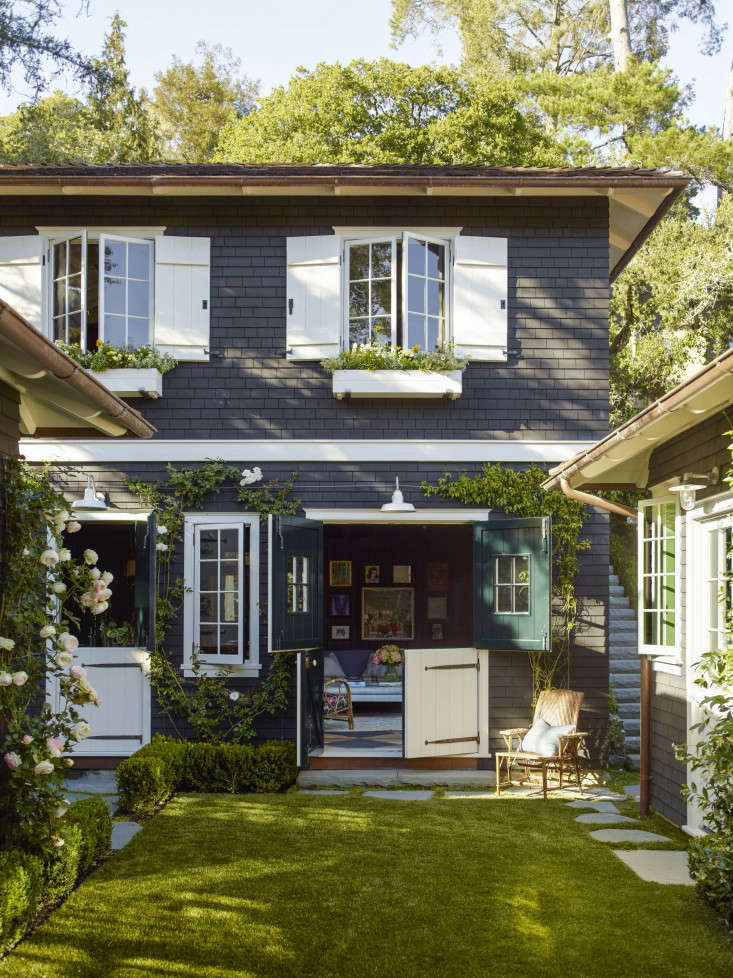 Above: In Mill Valley, California a cedar-shingled house is painted in Benjamin Moore’s Black with China White trim. For more of the garden, see Garden Visit: Landscaping a Live-in Summer Camp.

Black is a good foil for green. In a garden, black will recede and focus attention on foliage. This enables the eye to draw better distinctions among different shades of green. 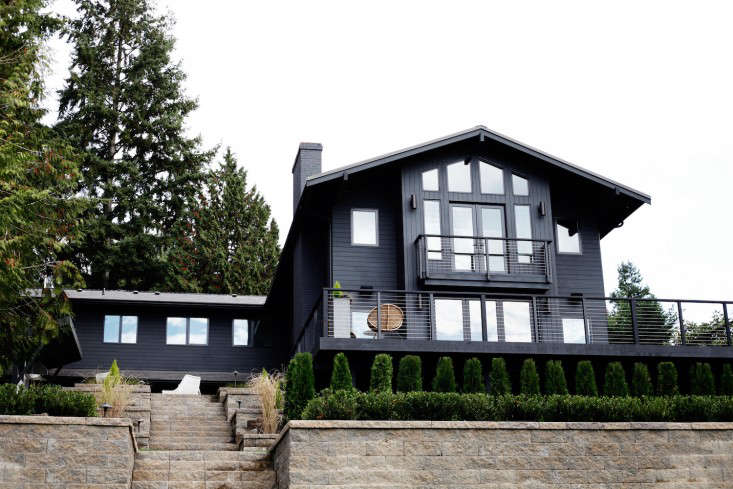 Above: Photograph courtesy of Belathée Photography.

In Seattle, siding and trim are painted a dark gray (the paint color is Sherwin-Williams Iron Ore) to give the house a crisp modern feel and blend into the landscape. For more, see Sleekness in Seattle: Modern Garden, Midcentury House. 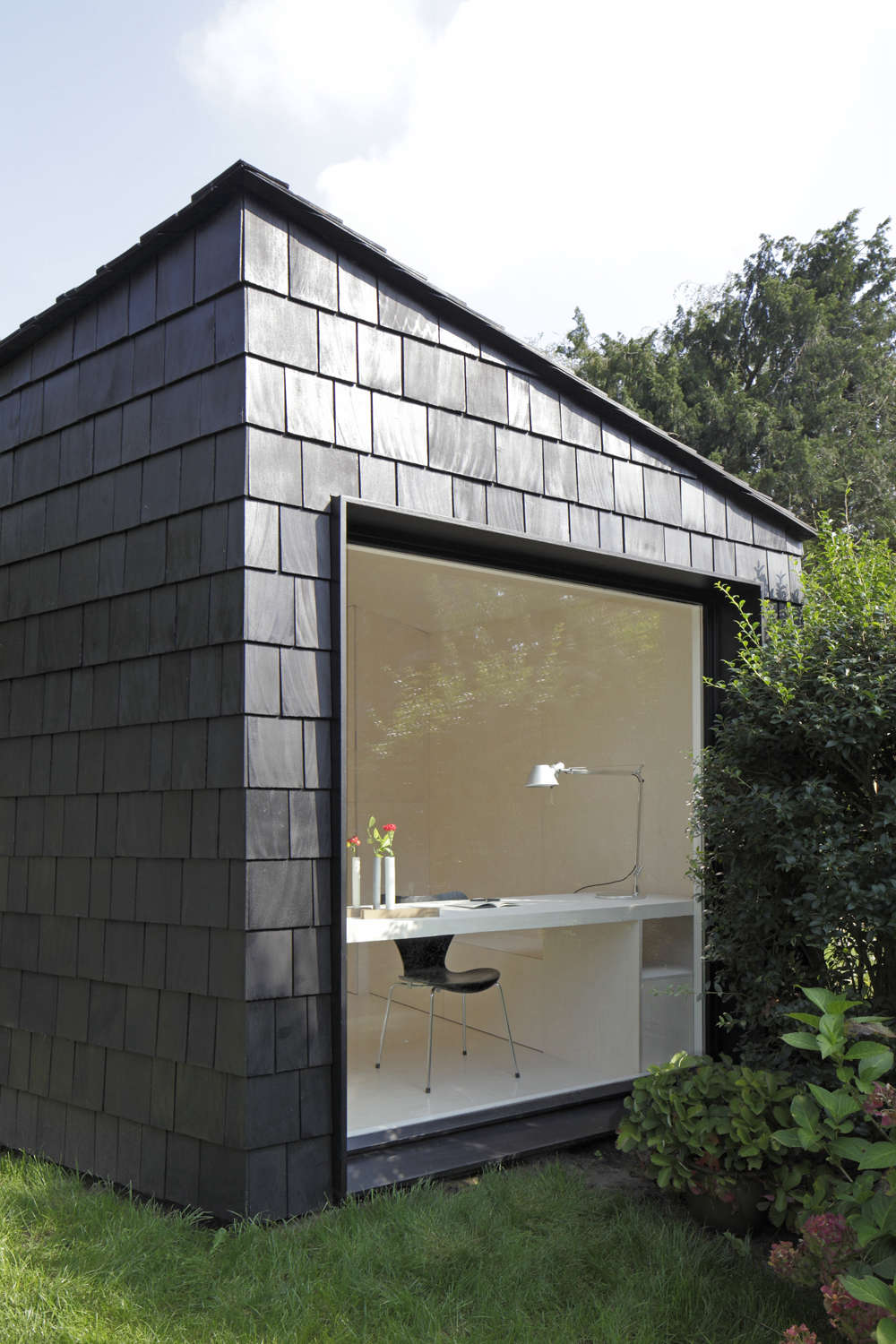 Finally, get more ideas on how to upgrade your home’s facade with our Hardscaping 101: Exteriors & Facades design guide.