Out in the sticks we grow delicious things but make do with monthly farmers’ markets because our suppliers are busy selling our provenance to London. So when I recently wanted Seville oranges, which have a very short season, I headed to London as well. I discovered a small warehouse shop in Bermondsey where yes, there were Seville oranges but also a new market experience. Not many people seem to know about the nearly two dozen food sellers beneath the railway arches at Spa Terminus:

Photographs by Kendra Wilson except where noted. 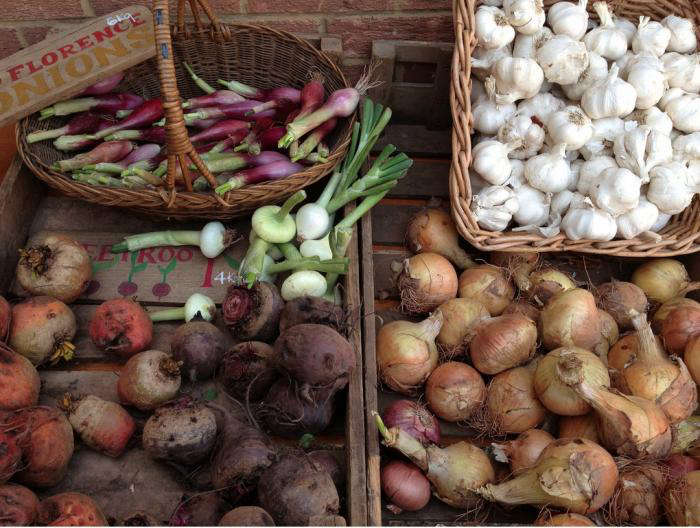 Above: Biodynamic produce for sale from Fern Verrow. Photograph by P. Pilgrim via Flickr. 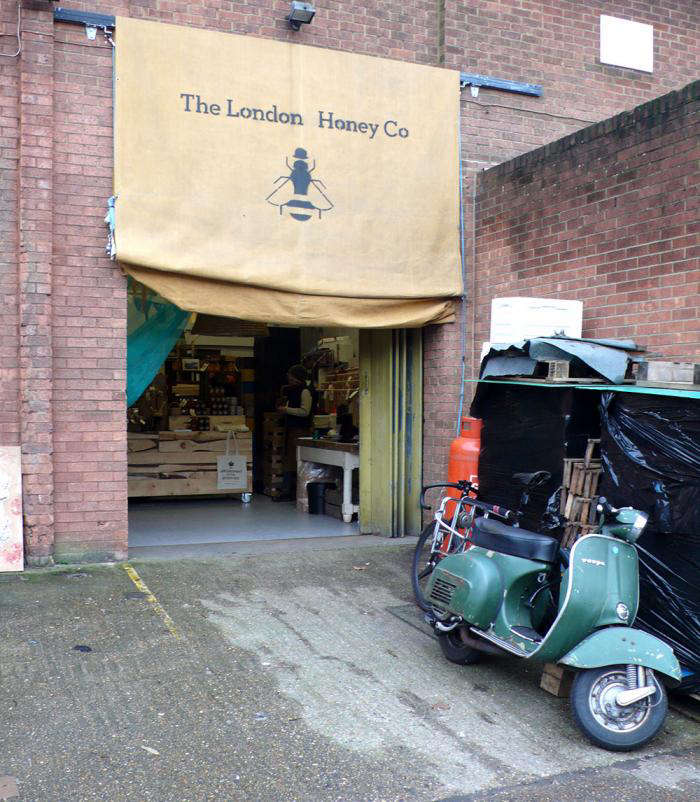 Above: The produce on offer in this corner of South London is pretty special though the surroundings are not. Based in a series of railway arches and brick warehouses, the buildings are leased from the railway by Neal’s Yard Dairy. It continues to be a big presence at the newly re-vamped Borough Market, about a mile away. Other than the reasonable number of foodies wandering around here, there is a lack of time-wasters or busloads of tourists. Most sellers here are graduates from Borough, and feel that it has become a victim of its own success and is no longer a good place to sell. 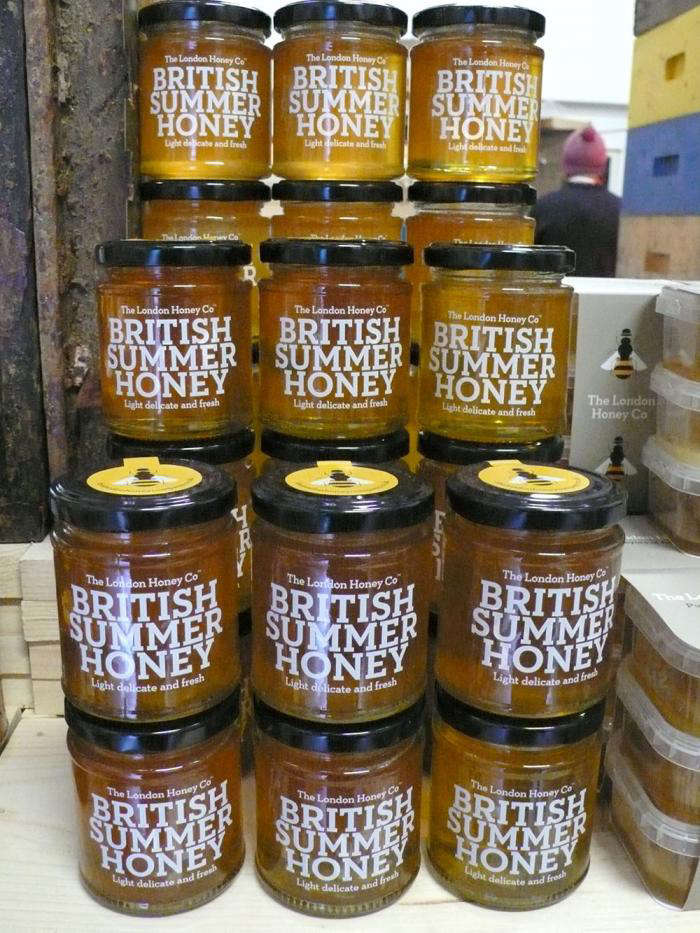 Above: What a pleasant surprise to find the man behind the London Honey Company, aka Steve Benbow, Bee Master at Fortnum and Mason. He teaches courses from inside his shop here in Bermondsey, a glittering cave of translucent jars and chunks of honeycomb. 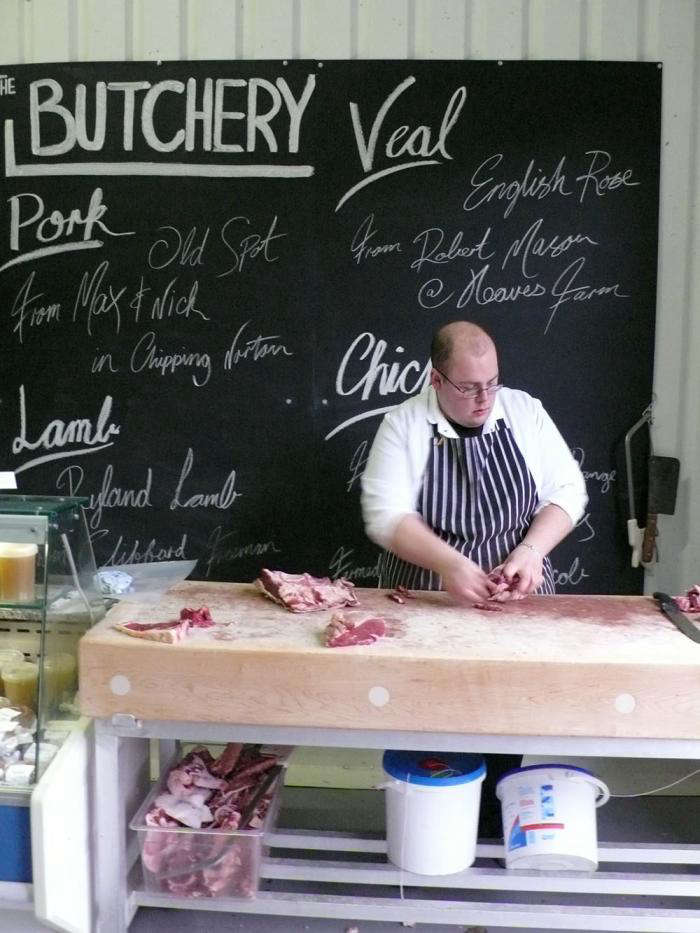 Above: Nathan Mills and Ruth Siwinski preside over The Butchery, selling meat from small farms and the best sausage rolls ever eaten by this writer. Vital ingredient: fennel seeds. A dexterous team of butchers tailor their traditional skills to the individual requirements of the customer. 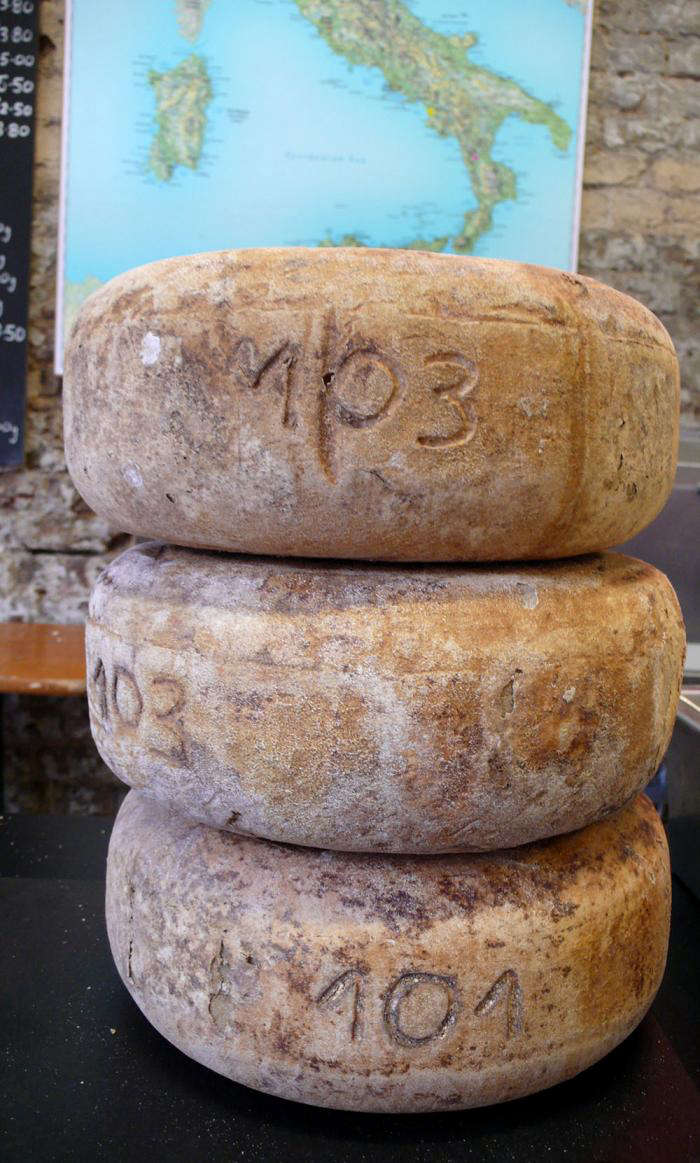 Above: Cured meat and cheese are the specialty at The Ham and Cheese Company, co-owned by Alison Elliott who spent many years guiding people around Italy on gastronomic walking tours before managing Clarke’s in Kensington. She continues to be involved with top restaurants but a perk of this job is “We get to go to Italy a lot.” 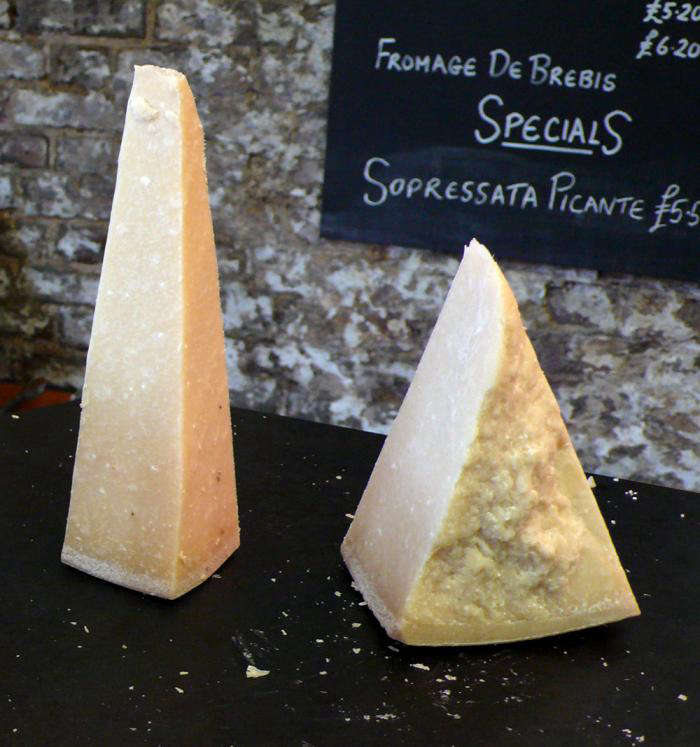 Above: Neal’s Yard runs the enterprise like “benign dictators,” says one source. In an effort to control the quality and numbers, the tenants have to abide by very strict rules. From 50 to 60 railway arches are leased by Neal’s Yard, and there is still a mixture of tenants, not all food-related. 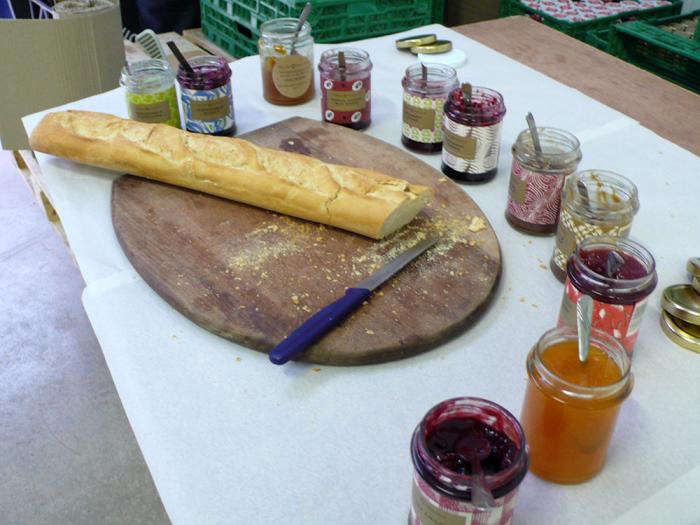 Above: Like the market–if that is what it is–England Preserves avoids neat labeling. The owners developed their own pectin, doing away with the need for vast quantities of sugar. Therefore the fruit content has gone way up, with each jar containing about 60 percent fruit, which has not been boiled. “It has too much fruit in it to be called jam,” says co-owner Kai Knutson. “We have to call it reduced sugar jam. But the main thing for us is the flavor.” All fruit (and vegetables for chutneys) is sourced from British growers except for apricots from France and oranges from Seville. 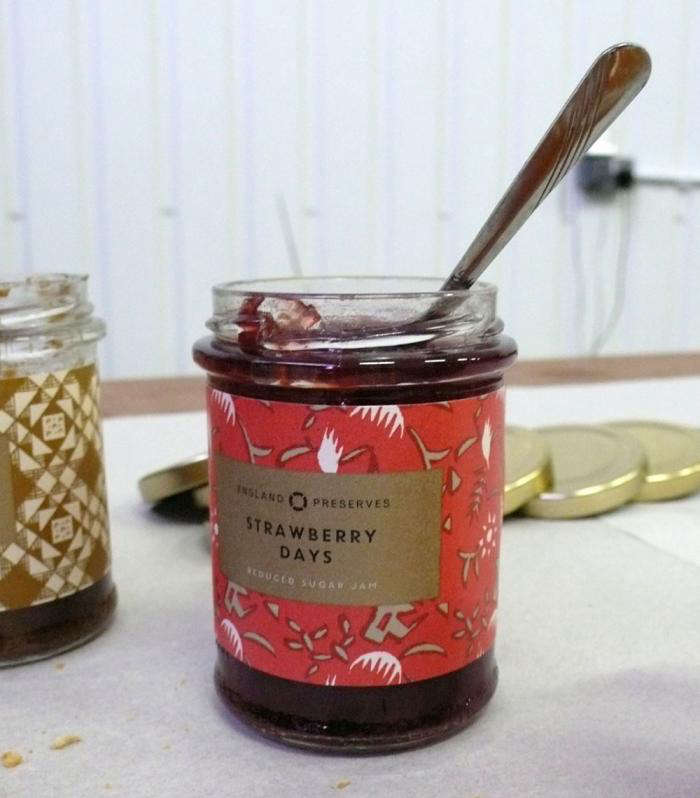 Above: The labels themselves are taken from the old endpapers of books published by Curwen Press. They were produced between the wars but chosen “for their contemporary feel.” 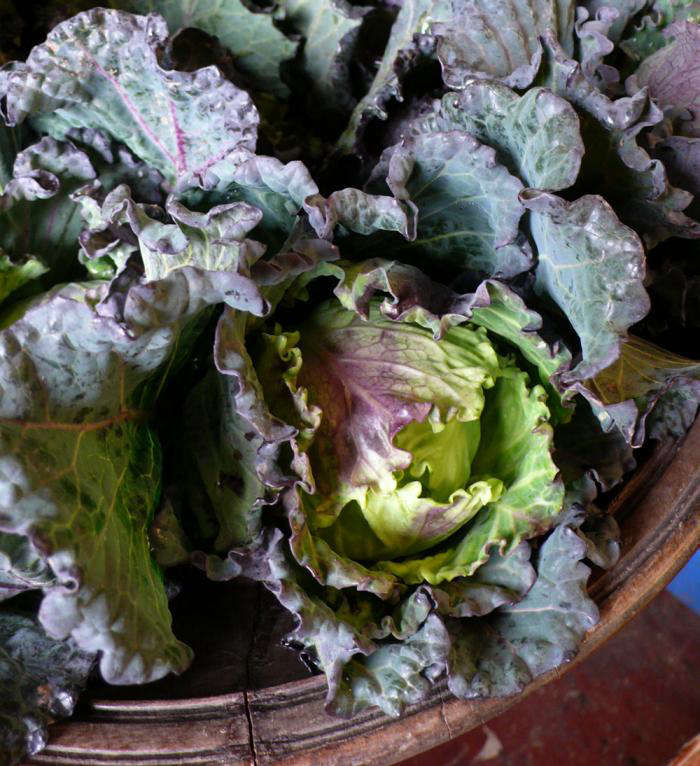 Above: Cabbage which appears to be still growing, from biodynamic growers Fern Verrow, who travel in from Herefordshire. They also supply a small but very good selection of jellies and vinegars, flavored with their own herbs. 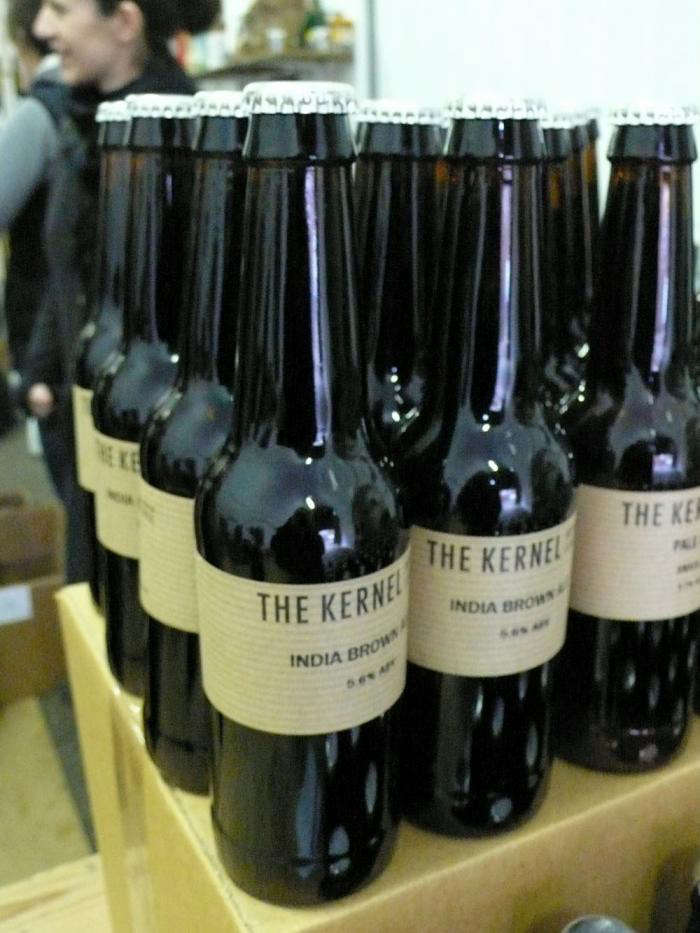 Above: The Kernel Brewery, who brew on the premises during the week and sell on Saturdays. Long benches and trellis tables fill most of what looks like a stock room and even at 11 am there are people settled in who don’t look like they are going anywhere else. 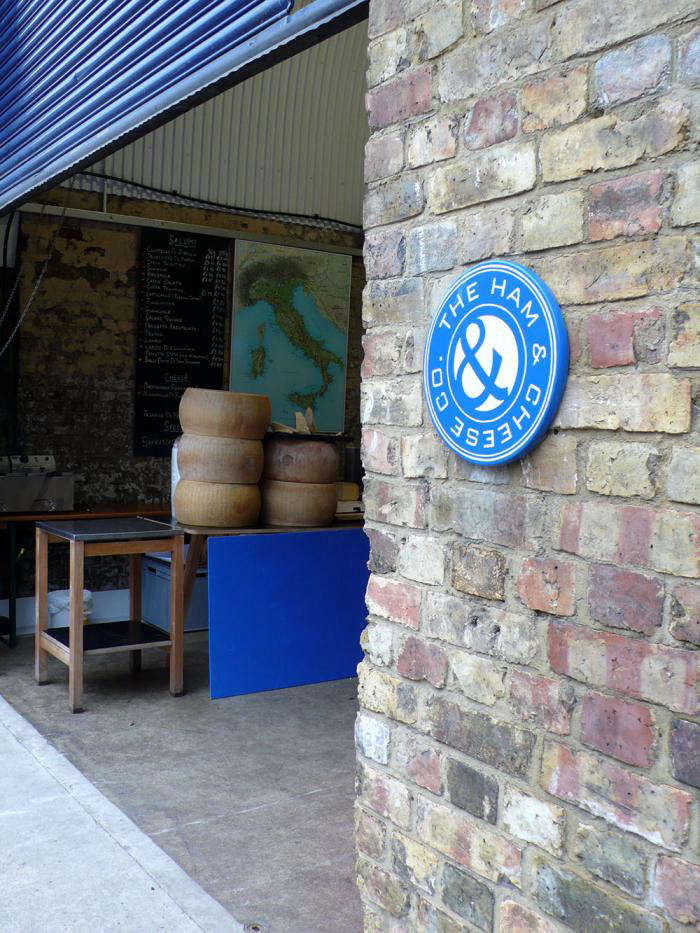 Above: No frills, not necessarily organic but lovingly produced: this is the flavor of Bernondsey Spa. Don’t rush about: you will feel out of place.

N.B.: Are you heading out to shop for supper in London? For another of our favorite sources, see Shopper’s Diary: Leila’s Way With Fruit and Vegetables.

How to Start a Community Garden (In 5 Steps)