Jane Hedreen and David Thyer live in Seattle’s Capitol Hill in a grand 1910 house that takes up six city lots and was once occupied by a US senator. Join us on a tour of their atmospheric gardens, which speak of another century.

Above: Jane and David’s youngest daughter, Frances, 11, mans the front steps in a Flora and Henri silk Fancy Dress made in Spain (the line’s sizes go from newborn to 12). The house’s Italianate details, such as the stuccoed arched entry, Juliet balcony, and colonnaded French doors, are courtesy of a remodeling that took place in the 1920s for a senator who wanted a Palladian villa. 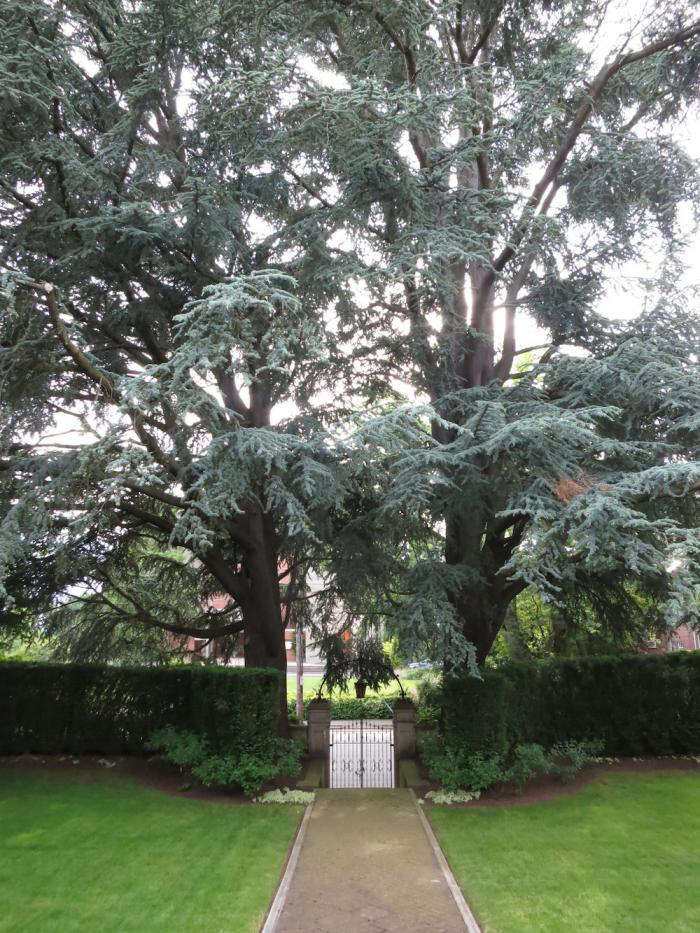 Above: A pair of blue atlas cedars, planted when the house was built, form a towering, moving screen over the front walk. 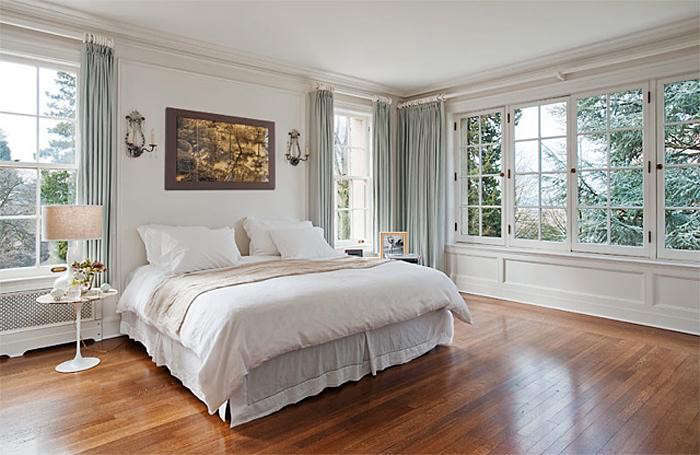 Above: The master bedroom has wall-to-wall views of the blue cedars. 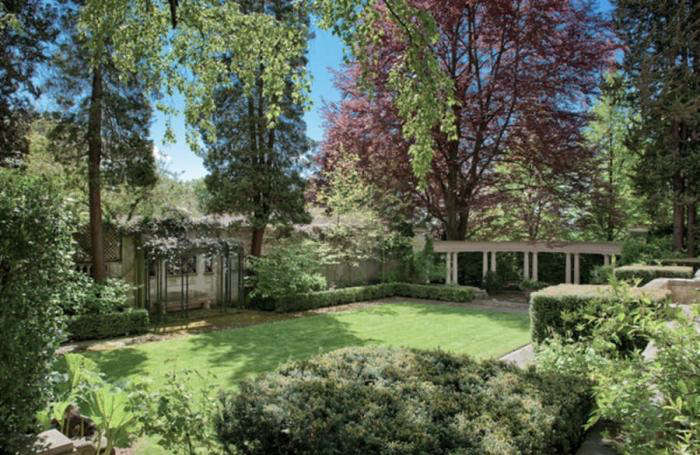 Above: The house came complete with a dreamy if neglected walled garden. Jane added an irrigation system as well as trimmed box and yew hedges for privacy. On her wish list: a lap pool down the middle. 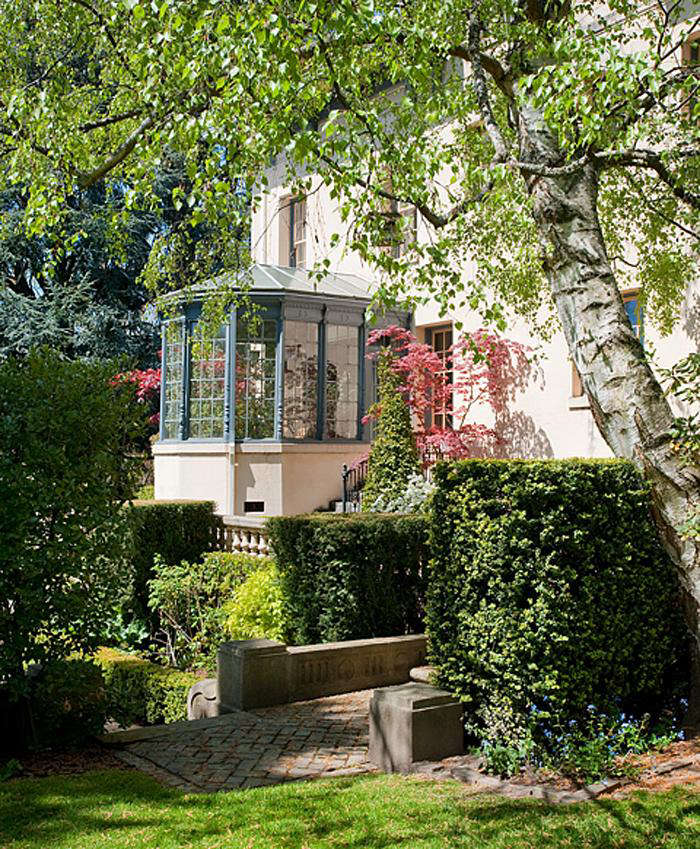 Above: The south side of the house has an orangerie, a leaded glass plant bay, off the dining room. The exterior is flanked by Japanese maples. 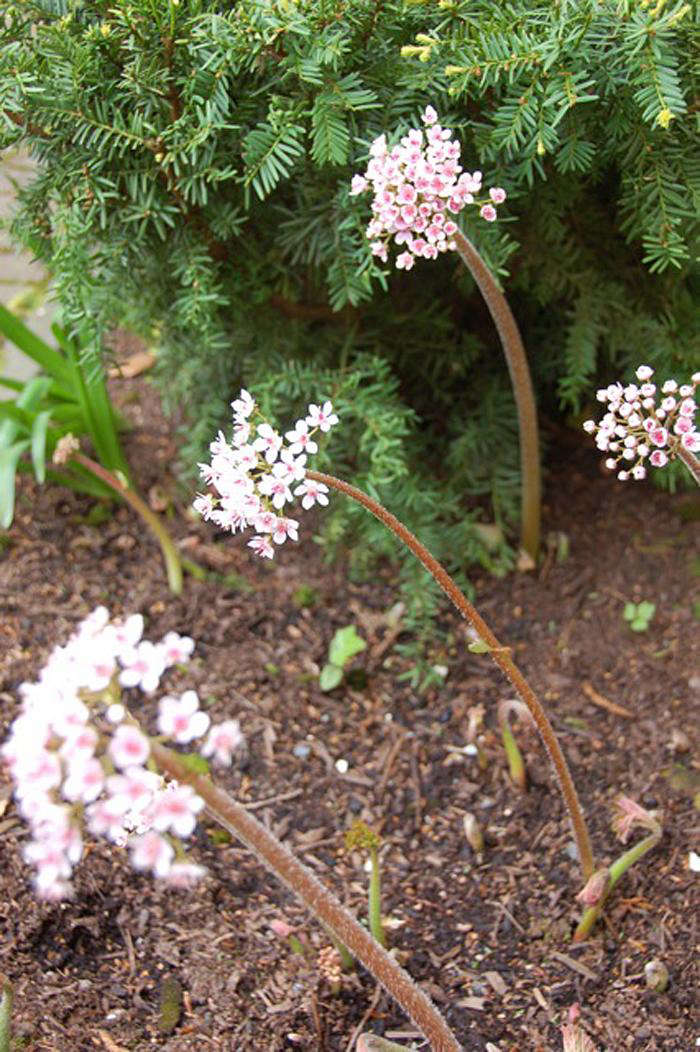 Above: Unearthly looking Podophyllum by the kitchen door. 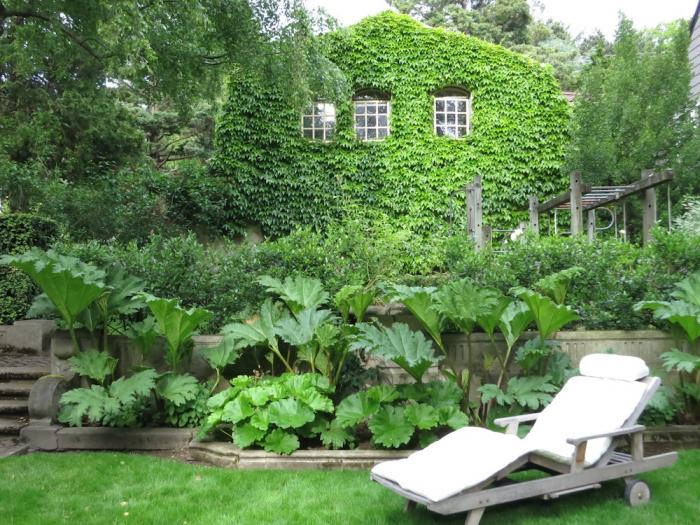 Above: The garage/carriage house is thick with Boston ivy and other greenery, including a bed of Gunnera and Podophyllum in the sunken garden’s old fountain. 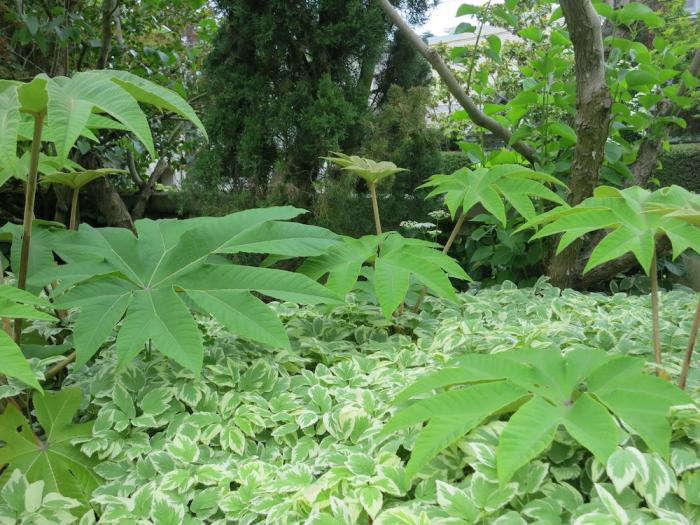 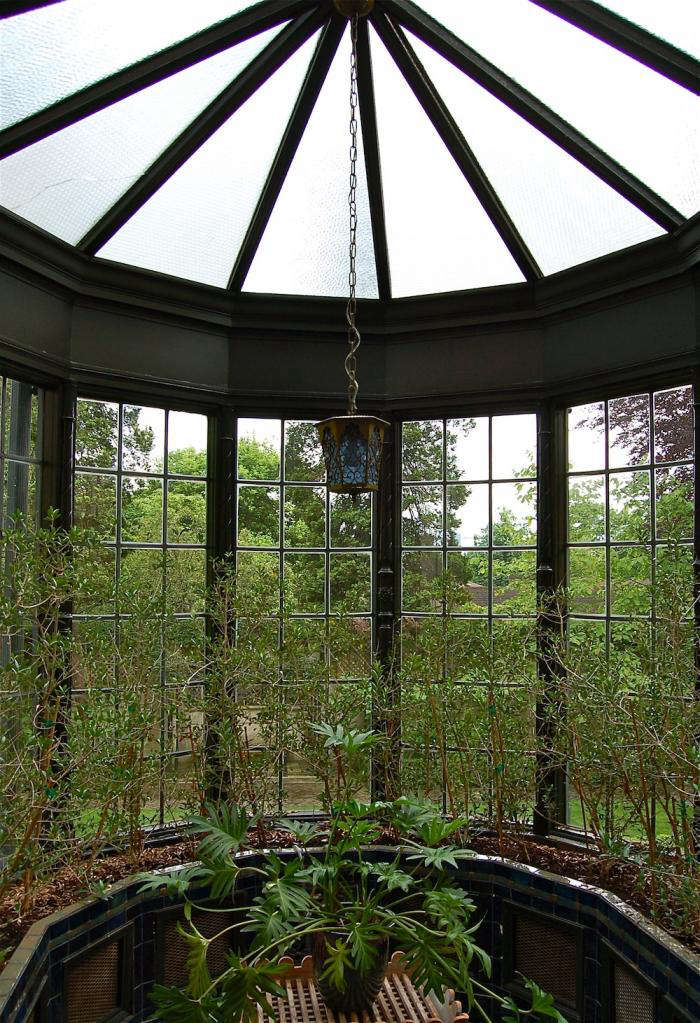 Above: An indoor view of the orangerie planted with small olive trees, which have borne some fruit (Jane tried orange trees, but they succumbed to scales). It has a Tiffany tiled floor in bright blues and golds. 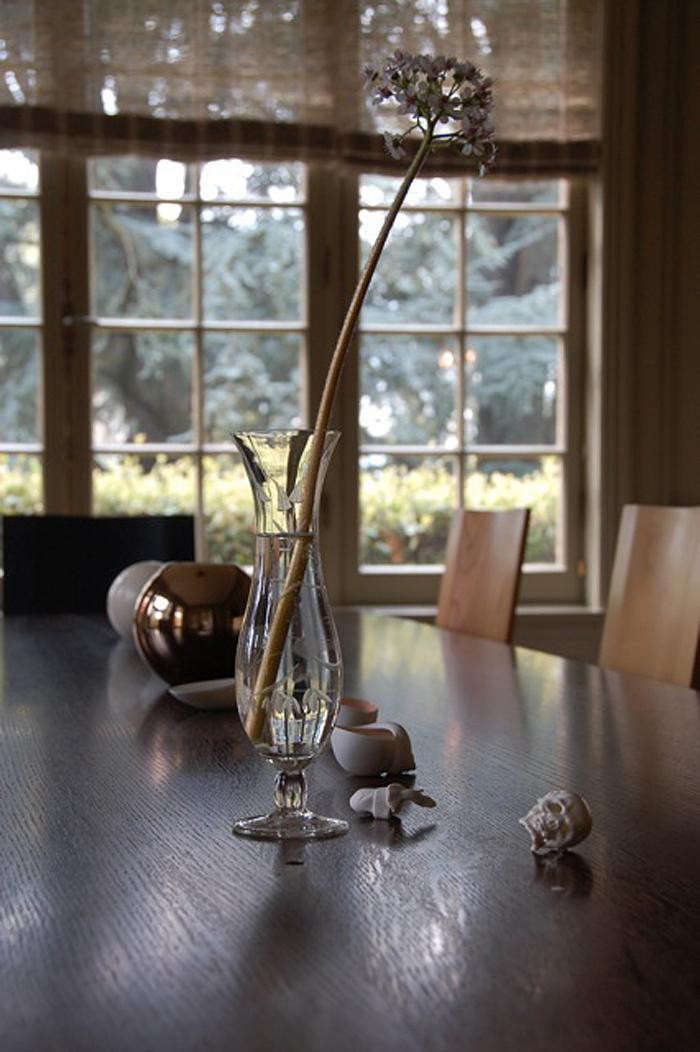 Above: A long-stemmed allium from Jane’s garden in an antique etched bud vase stands alongside Ted Muehling porcelain seashells and a Nymphenburg porcelain arm and miniature skull.

For more of our favorite grand spaces, see:

Current Obsessions: Ikea Hacks for Under $50