Fully one third of the world’s food supply depends on pollinators, especially bees. Yet, according to a recent Yale study the global bee population has been declining at an alarming rate: from 30-50 percent each year for the last decade. In response to this critical problem, student Bettina Madita Bí¶hm designed what has to be the hippest hive ever.

Bettina’s Apiarium (discovered via Dezeen) was designed, while she was still an undergraduate at the Free University of Bolzano in Italy, as part of an initiative in Berlin to install beehives or apiaries in public spaces and to encourage urbanites to get into the beekeeping game. The hive, which is made of light concrete, creates an optimal environment for bees, yet is compact enough for most urban balconies, rooftops, and small gardens. 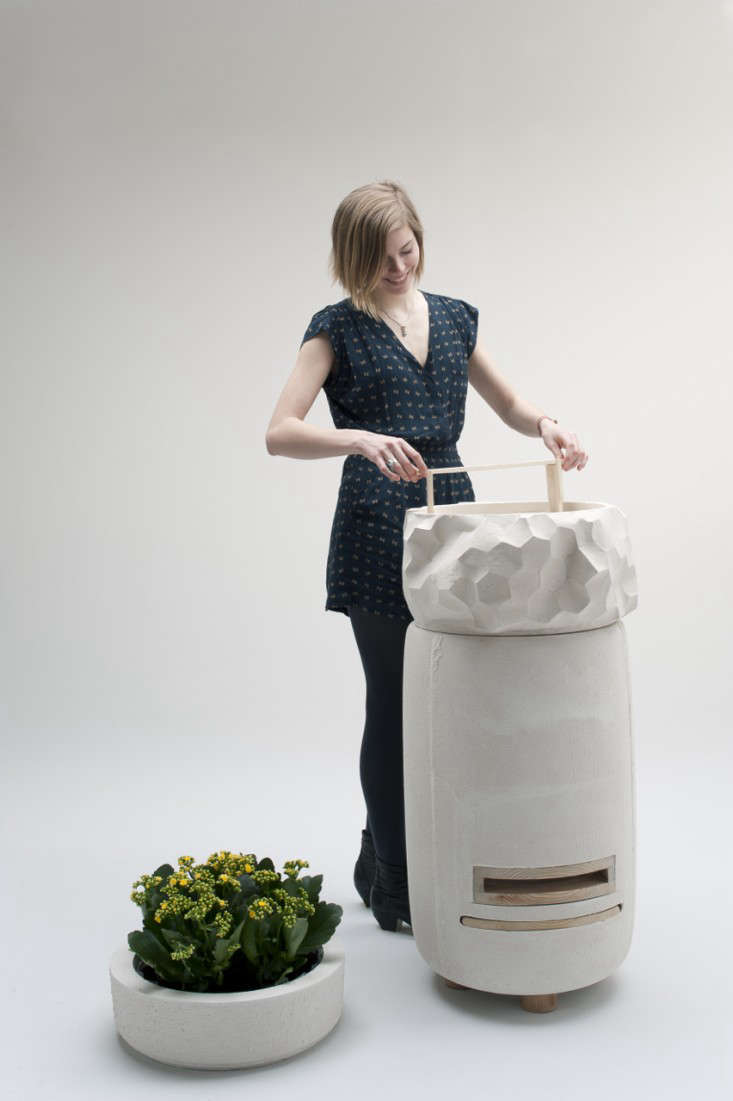 Above: The decline in bee population is often linked to pesticides commonly used by farmers in the countryside, so urban environments are often more suited to bees.

Above: Cast in light concrete, the base of the hive was inspired by a tree trunk, one of the bees’ preferred lodgings in the wild. Interior air canals insulate bees from extreme weather. 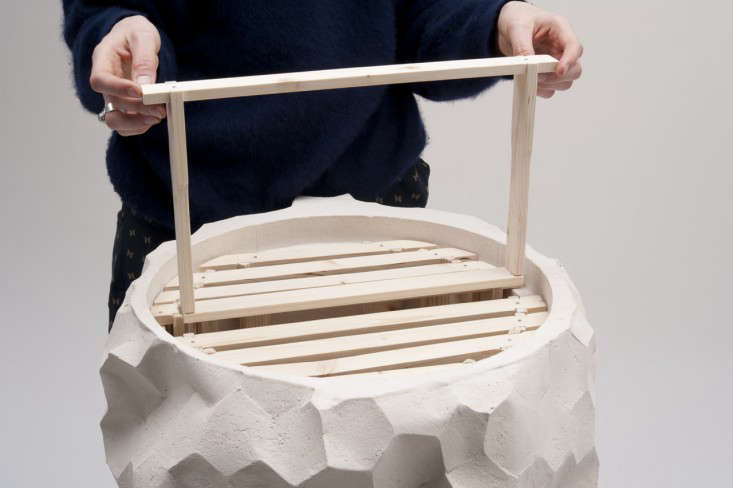 Above: As the hive grows a honeycomb chamber is placed on top of the base, or nest. The wooden slates can be lifted easily to access the honey. 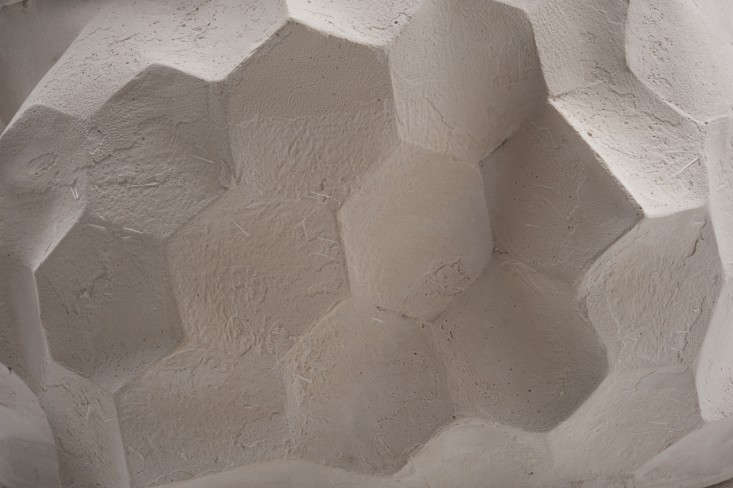 Above: Resembling many midcentury design icons, the outside of the honey chamber also pays homage to the bee’s honeycomb pattern. 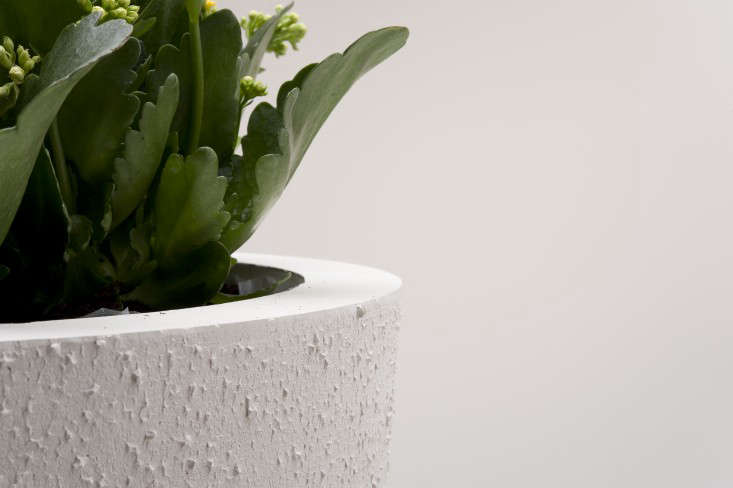 Above: A flower plant placed at the top not only attracts the bees, it also provides further insulation. 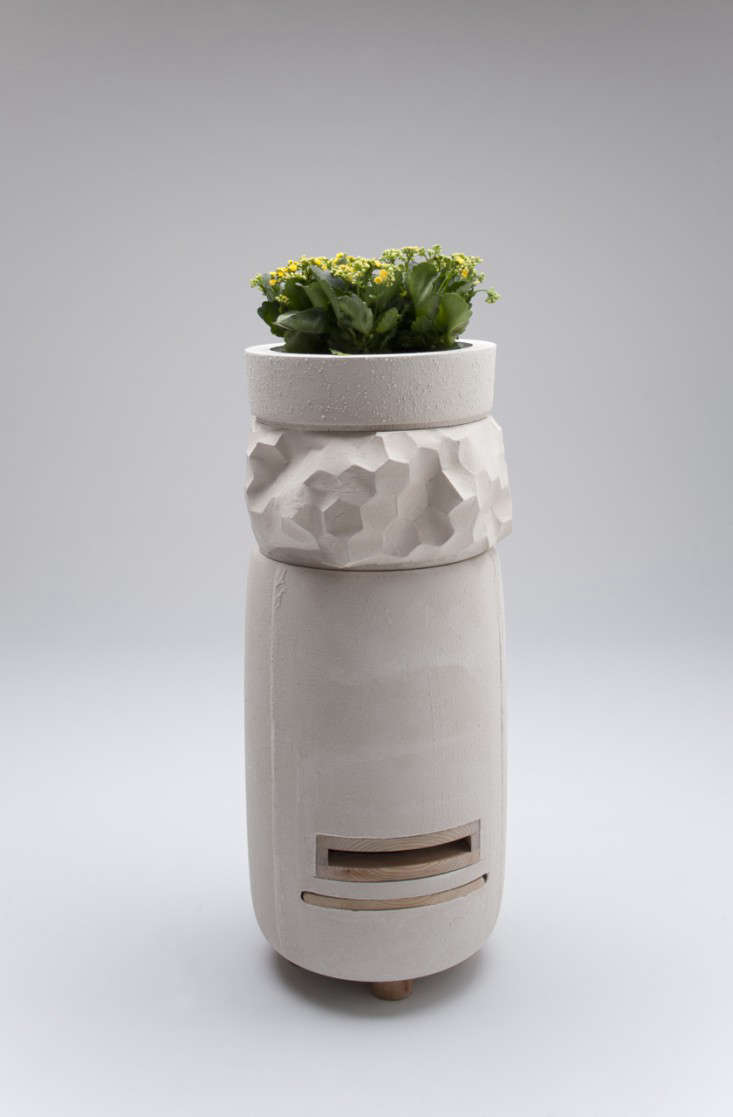 Above: Bettina’s Apiarium prototype completely assembled. Bettina, now in graduate school, has not yet found a manufacturer for her Apiarium, but she has promised to keep us posted.

Want to plant your own bee-friendly garden? See For the Bees: Gardens with Pollinating Plants. You can also read about the king of all urban beekeepers in The Bees of Buckingham Palace. Over at Remodelista, Michelle explores The Buzz, Bee Keeping in Napa.

10 Essential Insects You Need in the Garden