My husband is so devoted to the art of grilling that even during electrical storms he used to refuse to abandon the kabob–until the time lightning struck 20 feet away, incinerating our car. Since then, he’s made concessions; he no longer uses metal tongs. With barbecue season underway, I asked him for a few recommendations. Here’s what he had to say:

“The biggest barbecue I ever attended was in Belen, New Mexico, in the mid 1980s. An old rancher there had an annual bash for 1,200 of his closest friends every Labor Day. To feed a crowd like that, he used a back hoe and dug a half dozen trenches, then built bonfires in the holes. After the hardwood burned down to embers, he’d lower (again with the back hoe) dressed sides of beef and gutted goats–all wrapped in tin foil, then enmeshed in chicken wire for ‘easy’ handling. The back hoe would cover the trenches with dirt and everything would cook, for a day or so, before being disinterred. It was delicious. But it was not the best barbecue I ever tasted.” 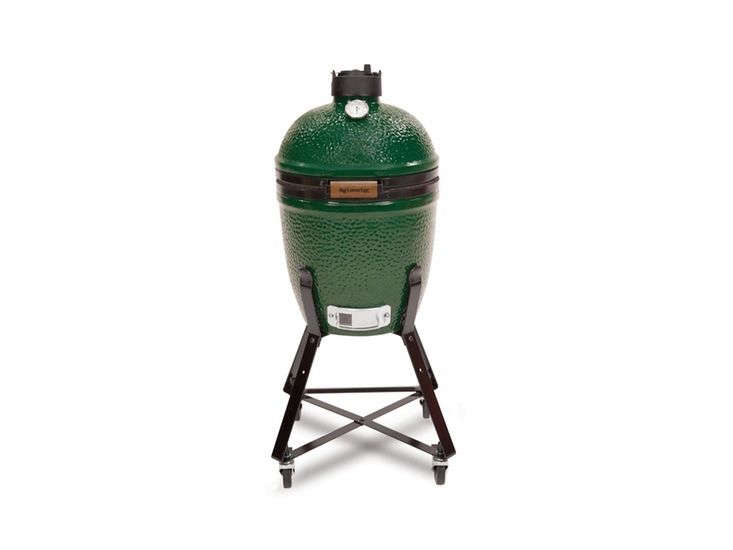 Above: “The first time I saw the Big Green Egg, I knew that some day I would have one, because it was like seeing the face of God. Such perfection. The first Big Green Egg I ever saw was owned by a friend who had no business with such an exquisite tool. He wasn’t a cook. Once I saw him eat worms; he didn’t care. Why he had that Egg was beyond me.” An Extra Large Big Green Egg, with egg nest, wood shelves, and egg plate setter, is $1,550 from Big Green Egg Chicago. 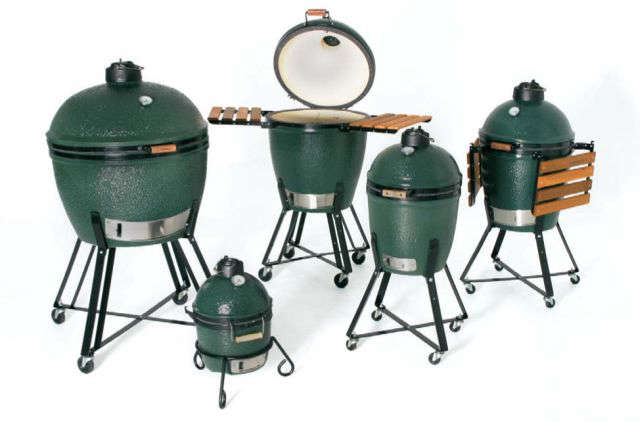 Above: A modern version of a Japanese kamado cooker–a wood or charcoal-fired earthen vessel capable of achieving both high and low temperatures for greater control–the Big Green Egg comes in five sizes, from mini to extra large. Image via Big Green Egg. 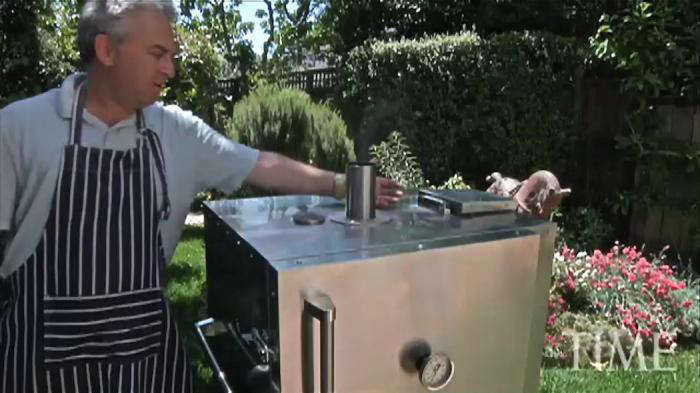 Above: “Smokers are funny. You can spend $250 on a perfectly excellent one that looks like something the Beverly Hillbillies would distill moonshine from, and you can spend 10X on one that pretty much does the same job, only with significantly more class. Once, I wrote about a Viking smoker that cost nearly $3,000–I was reviewing it for a magazine and the Viking people sent me a loaner for a week. We smoked everything in that sucker, from turkeys and ducks to pork butts and briskets. For a few hours, the dog went missing and my wife suspected me. But he showed up, and was just fine.” 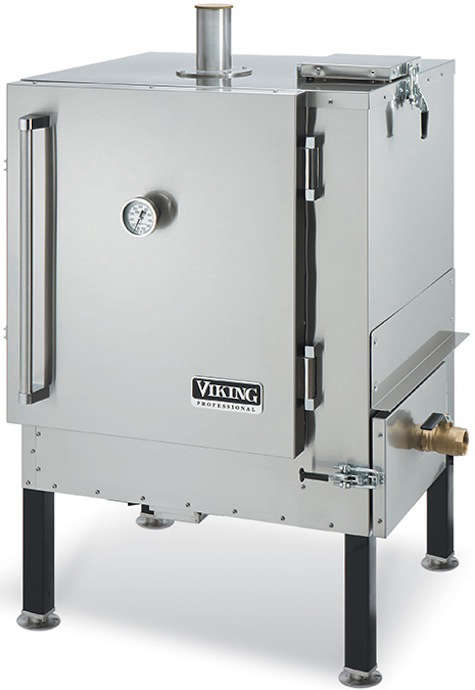 Above: The 30-Inch Gravity Feed Charcoal Smoker is $2,799 from Viking. 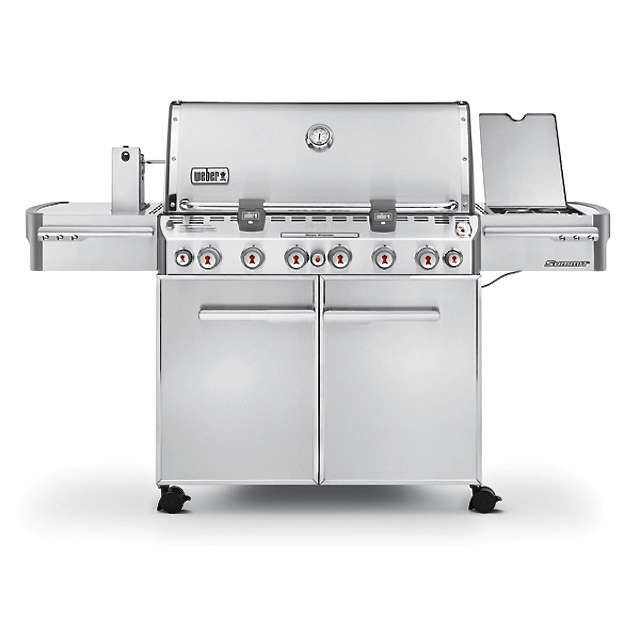 Above: “For a while, we were on a healthy barbecue kick and bought one of those enormous gas grills, but I didn’t care for it. It took too long to heat up and didn’t really top 550 degrees, which meant that things like shellfish and properly cauterized beef were off limits. Then, recently, I got to use my friend Joel’s 6-burner Weber at his place in Montana, and was pleasantly surprised: Those burners got the grill up to 700 degrees in 15 minutes flat, which allowed me to sear our rib eyes in record time.” A Weber Summit S-670 is $2,529 from Home Depot. 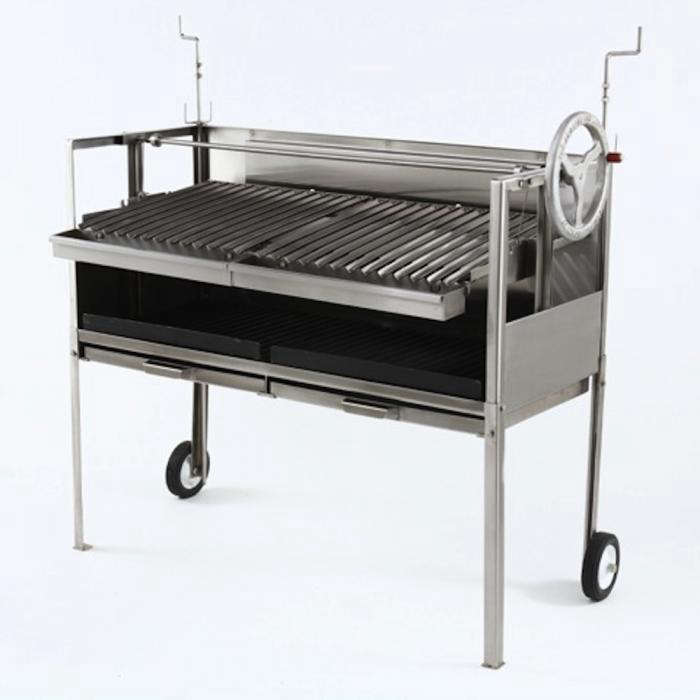 Above: Some people prefer to cook over a fire; for them, there’s Grillworks‘ crank-controlled wood grilling system, with prices ranging from $2,850 for the original Grillery to $8,975 for the Grillworks Dual 42 CRE with two crank wheels and nine feet of total cooking area. “Barbecue is a thing like religion, and it is best not to argue about whose is better,” my husband said. “I suppose they are all good for you, and bad for you, and let’s leave it at that.”

For more, see The Secret to the Best Barbecue Sauce.

Out of the Closet: The Essential Minimal Wardrobe, Revisited