Located in Tokyo’s seaside suburb of Shonan, the design theme of Sí¸holm Cafe is “Scandinavian in origin, arriving in Tokyo by way of Los Angeles.” 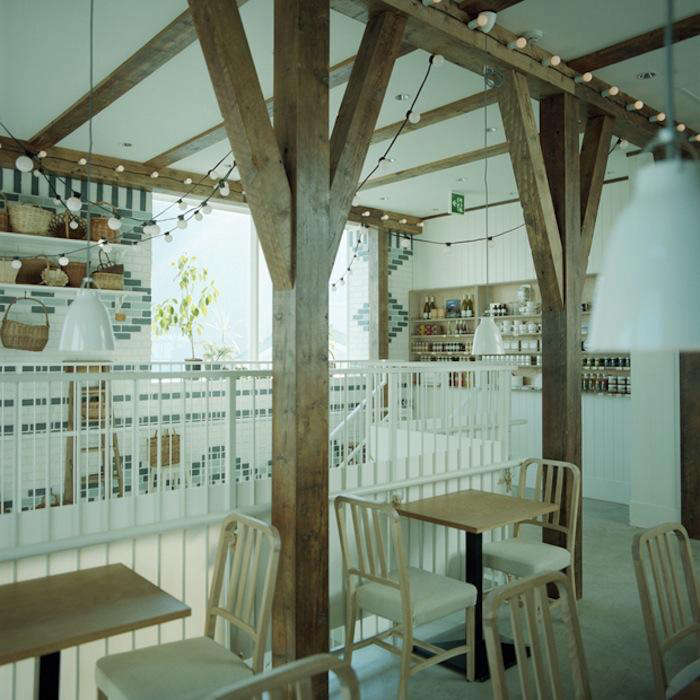 Above: Illumination is provided by strings of frosted bulbs and white Caravaggio Pendant Lamps designed by Cecilie Manz. 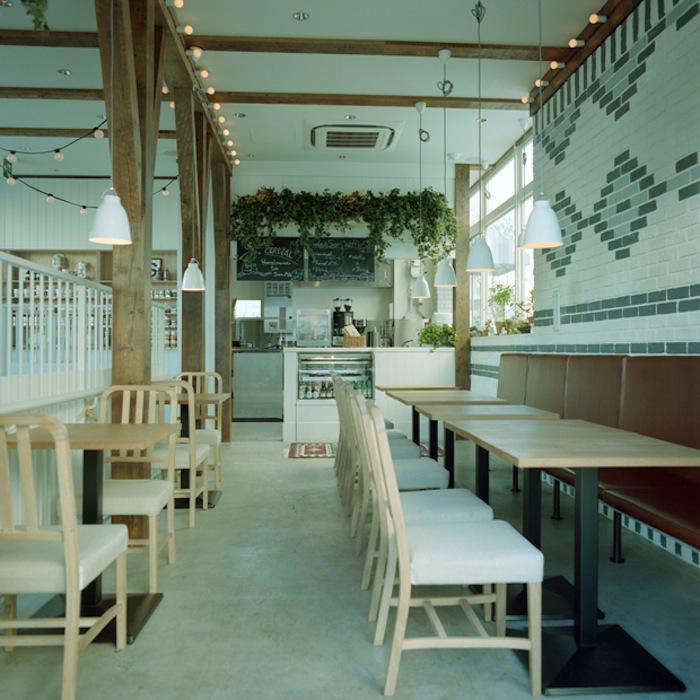 Above: Jamo Associates painted the brick walls in graphic patterns using a gray blue “inspired by Sweden’s flamboyant 18th century Gustavian style, which is itself rooted in French rococo,” as the designers say.

Above: A line of Soholm goods, including these canvas grocery bags, is available from Actus. 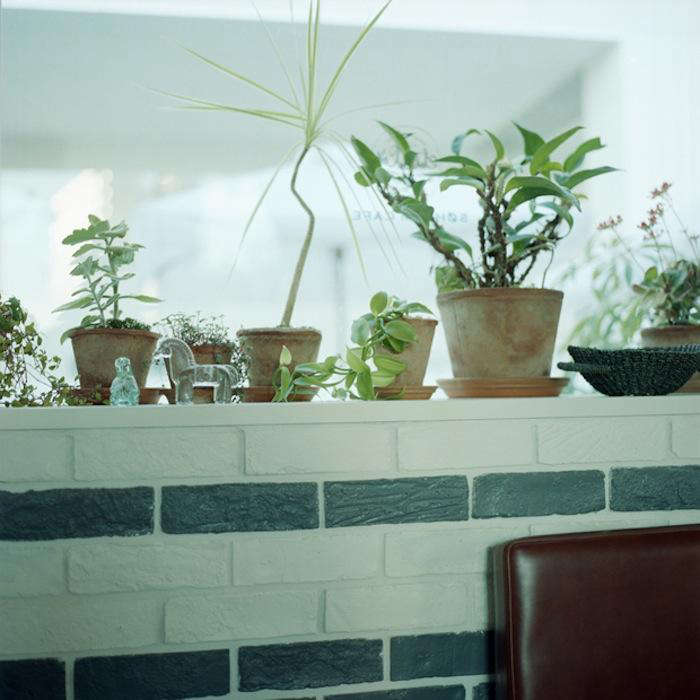 Above: The designers were influenced by the verdant, free-spirited plantings in Copenhagen’s autonomous neighborhood Christiania. 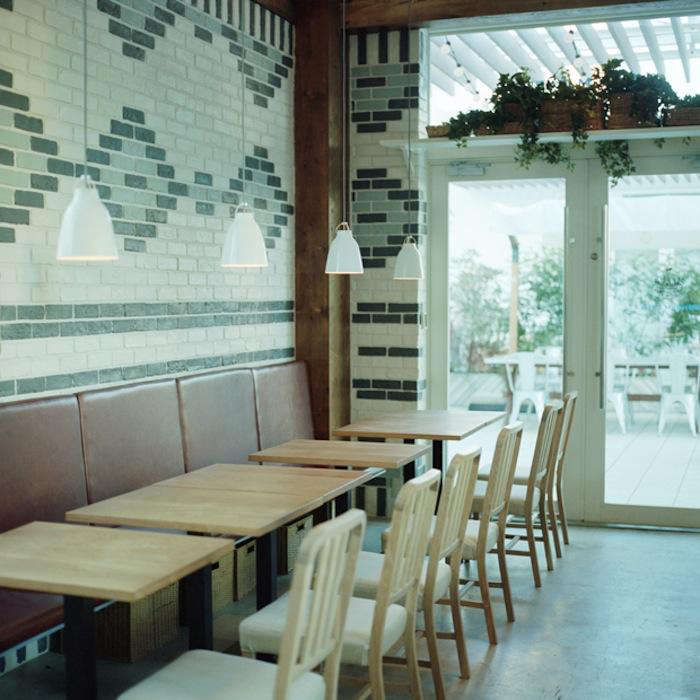 Above: Potted plants are displayed on a shelf over the entryway. 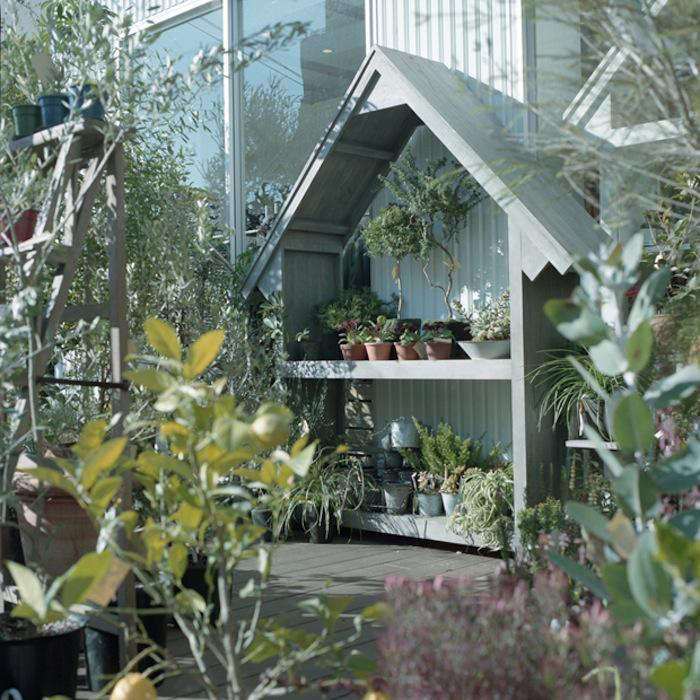 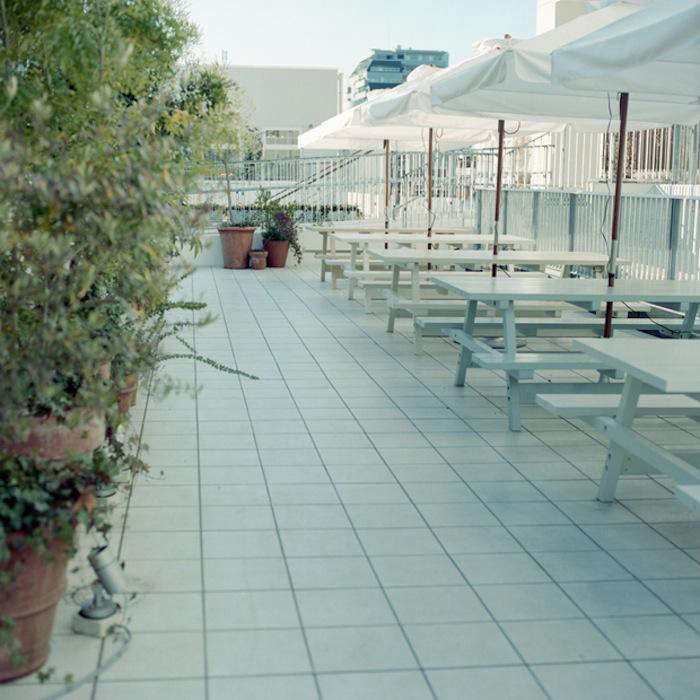 Above: A view of the outdoor dining area. 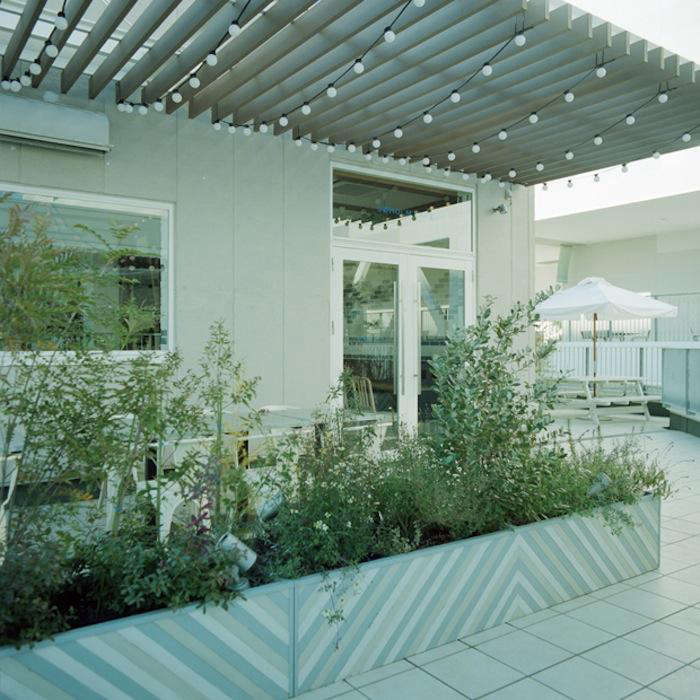 Above: Window boxes are painted in shades of blue, yellow, and gray, referencing a Scandinavian color palette. 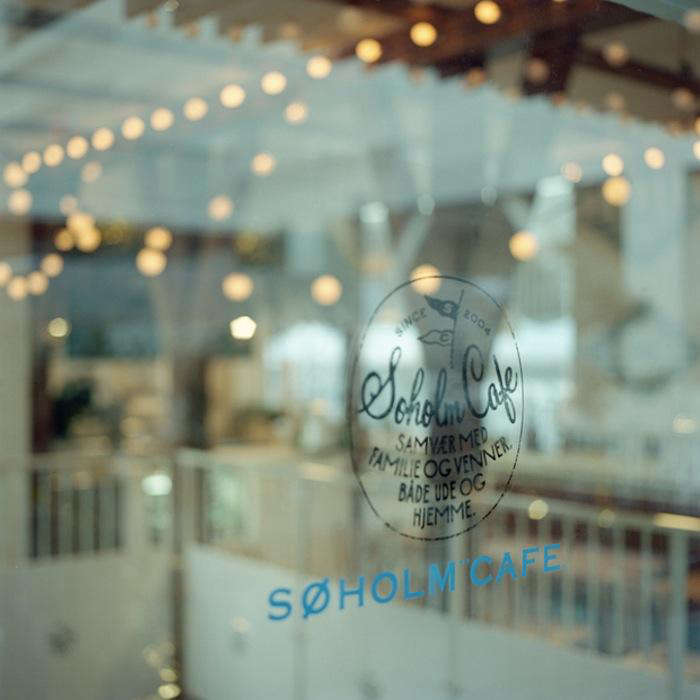 Above: The entrance to the cafe, featuring Scandinavian-inspired lettering.

I love the interiors of Sí¸holm Cafe, but my all-time favorite Japanese coffee bar is Anthem Cafe & Bar in Japan, which is the stylistic opposite of Sí¸holm Cafe. Which of the two spaces do you prefer?

DIY: Make Your Own Tofu Kit

How to Pick the Perfect Wallpaper