They have a royal warrant over the door, but these tailors of the English hunt still stay as far below the radar as it is possible to be. “We are situated in the heart of the English Shires, the best hunting country in Great Britain,” boasts Frank Hall. But that is all the boasting you will hear from this corner of Market Harborough in central England, one of the most anonymous of provincial towns. Discretion suits the clients who come from near and far to be outfitted to perfection.

The people at Frank Hall do not like to talk about their clients so we will show you around discreetly, trying not to make too much noise. 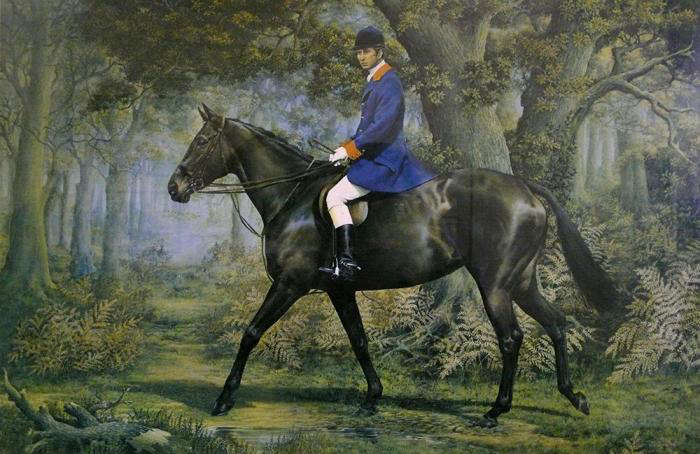 Above: A print hanging in a back room of Frank Hall and Sons, in Market Harborough. Loyal customer Prince Charles is shown riding quietly through a wood in his younger days, dressed in blue and buff, the colors of the Beaufort Hunt. 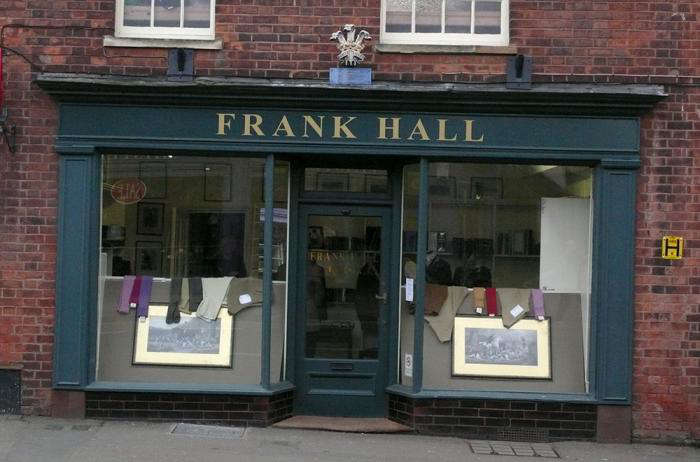 Above: Nothing about the exterior of the Frank Hall premises, in a quiet part of town, reveals that it is interesting–except for the piles of jodhpurs and richly colored wool socks tossed over the partition in the window and the royal warrant over the door. 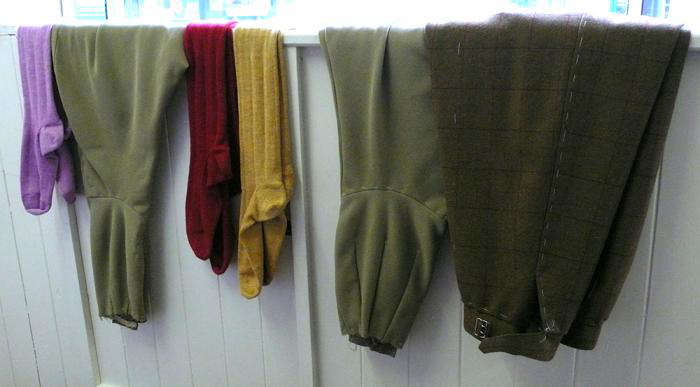 Above: Jodhpurs and breeches in the making. All of the work in progress is part of the display, or rather it is the display. 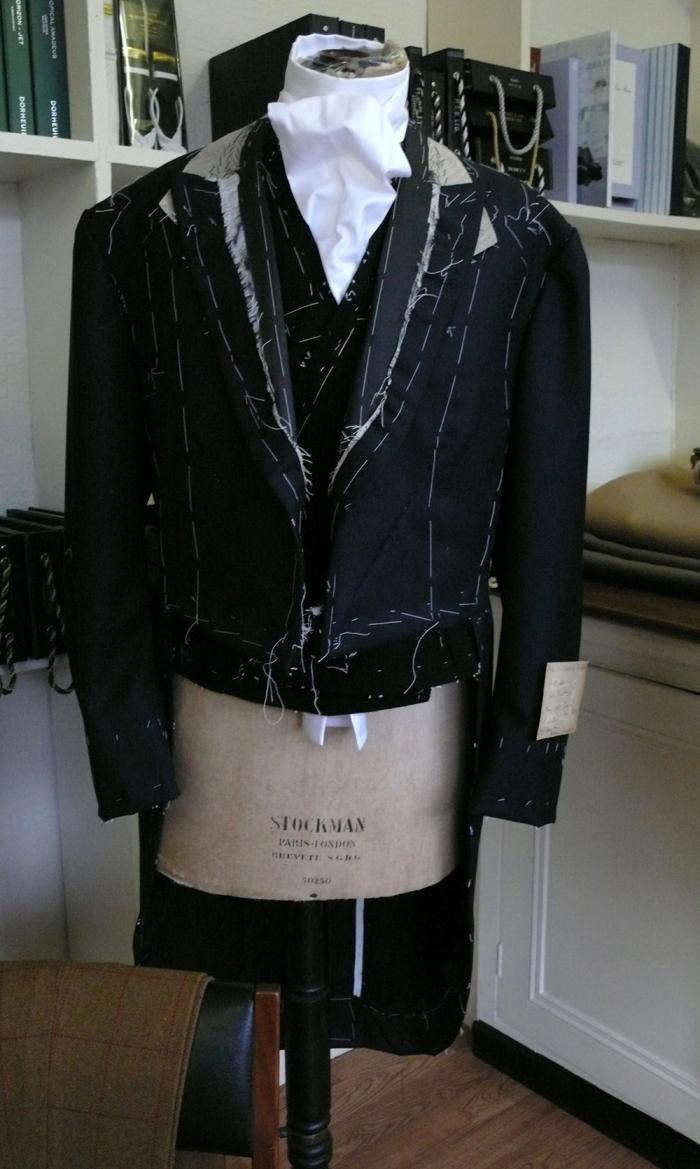 Above: Evening tail coat for the hunt ball, made with fine British wool. 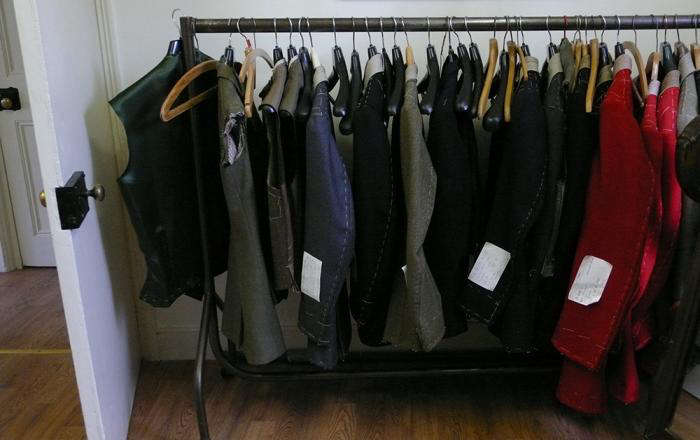 Above: A utilitarian rack of very superior tweed and wool, including some “pink” coats and a Beaufort blue. 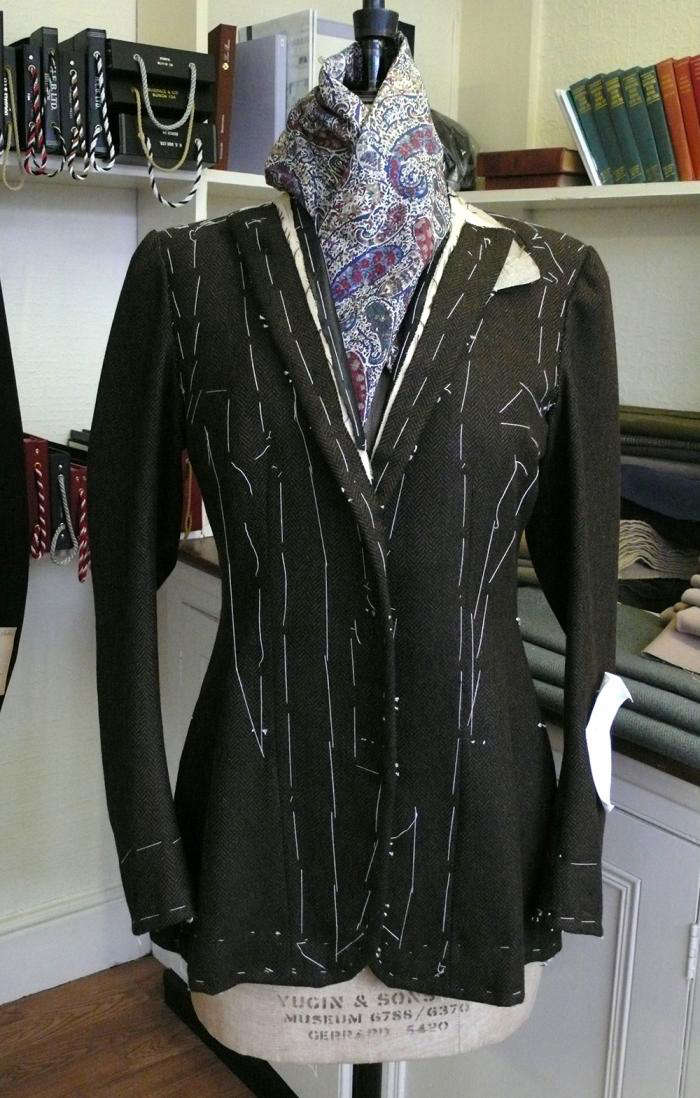 Above: A bespoke item in the front of the shop. Tweed is worn by regulars in the autumn before the Opening Meet and after the Cheltenham National Hunt Festival in March. It is also worn by guests on a hunt. Like the pink coat, it has an alternative name: Ratcatcher. 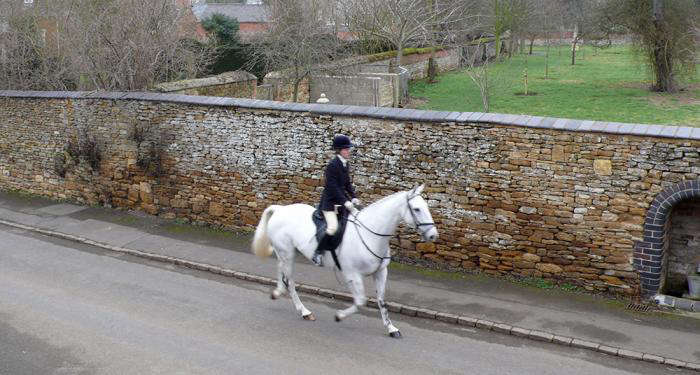 Above: View from my window on a winter’s morning, in the heart of Fernie Hunt country. Only top people wear pink (or shall we just say red) coats. And they are only men. The red coat (never “jacket”) is worn by the Master of the Hunt and various male members of the hunt staff. Of course women can be masters, but they do not wear red. This person on her “gray” horse could of course be a hunt master, but we’d have to take a close look at her buttons to find out.

N.N.: This is an update of a post published January 31, 2013 during our Haberdashery week.

Domestic Dispatches: 5 Ways to Cover 50 Windows on a Budget