When Richard Reynolds moved into a tower block in central London’s Elephant and Castle district, he was not intending to become a guerrilla gardener. He simply decided to take a DIY approach to the wasteland around him.

One night, Reynolds went out after midnight to do some weeding, soil conditioning, and planting near the front door. He didn’t own the land, but he enjoyed improving it. He began to do more and more, tackling traffic islands and roundabouts further afield. Tree pits seemed like the perfect place to grow flowers, in the dusty square surrounding the base of a tree. In 2004, he began Guerrilla Gardening, a blog that documents the beautifying effects of what he calls “illicit cultivation” by guerrilla gardeners around the world. An exhibit of Reynolds’ photos is at the Garden Museum through this week:

Photographs by Richard Reynolds, except where noted. 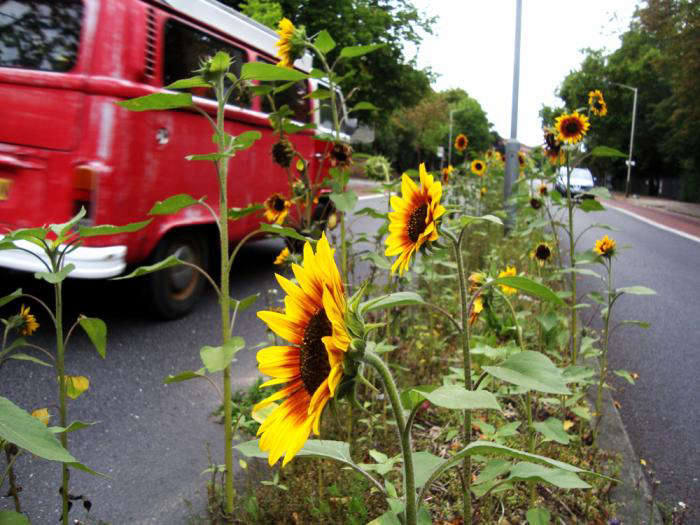 Above: Beautifying a public space is regarded as criminal damage in the UK, so Reynolds continues to work at night. In London, brightly colored annual sunflowers add cheer and a sense of incongruity to the urban scene. 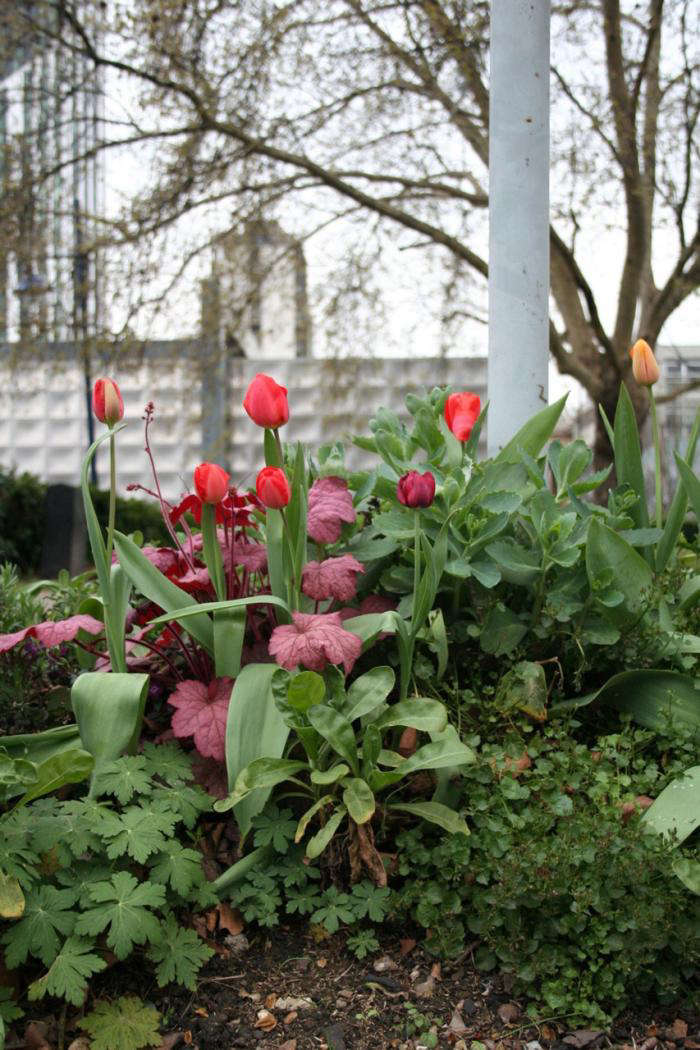 Above: A mixture of tulips with hardy geranium, heuchera and sedum will keep this traffic island in flower from spring until winter. 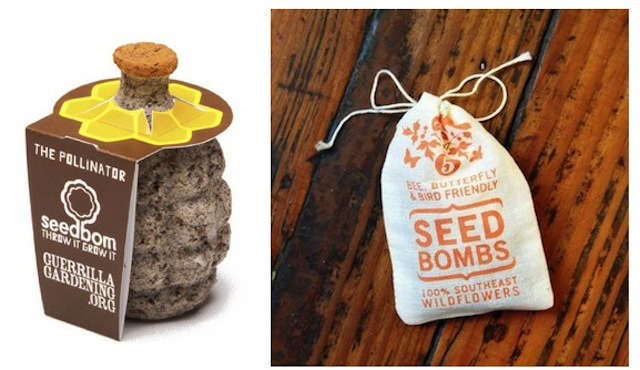 Above: How to do it. Toss a compressed bundle of soil containing seeds, a Pollinator Seed Bomb (L), into a vacant or abandoned lot. It will break apart and, aided by rain and wind, sow a mix of wildflowers that bees find irresistible. It’s £3.25 from Kabloom. For US gardeners, wildflower Seed Bombs (R) customized for different growing regions are $7 apiece at Branch. 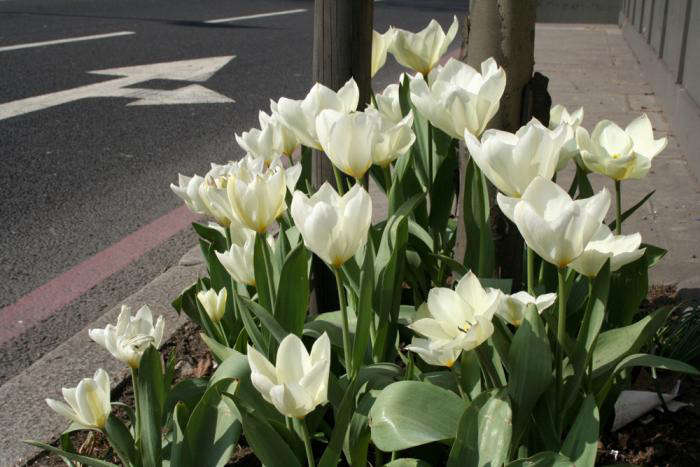 Above: The movement which Reynolds has galvanized is still militant in its language, but rather more elegant in its aesthetic. Monochrome tulips in a tree pit: The use of bulbs and hardy perennials minimizes the need for after-care. 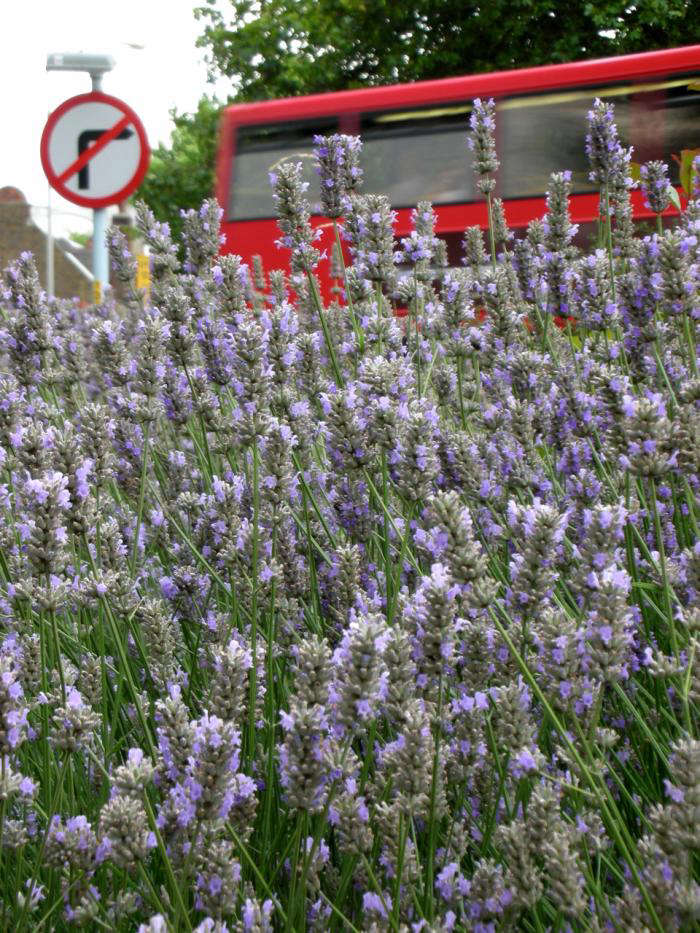 Above: “Lavender is a great plant for guerrilla gardeners,” says Reynolds. “It’s easy to look after, great for the bees, looks good, and smells good.” Lavender thrives on dry, poor soil. 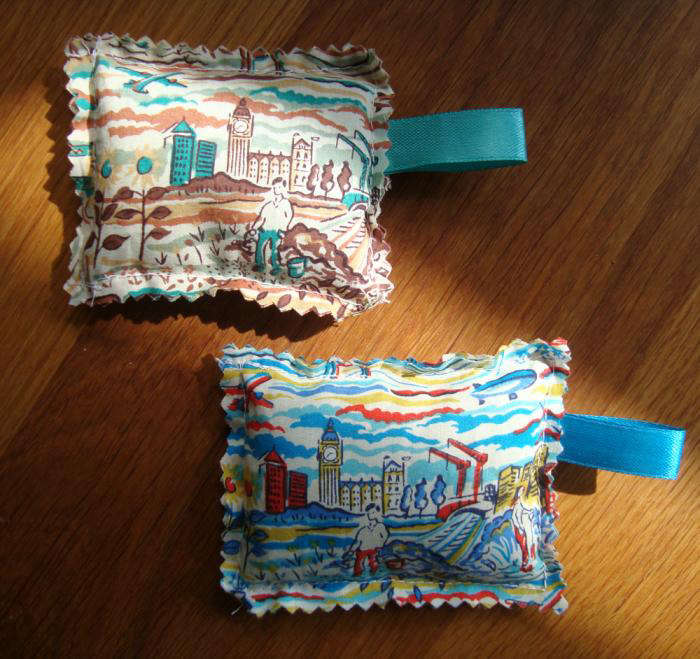 Above: Liberty of London is launching a fabric next year called Richard and Lyla, inspired by the Guerrilla Gardeners (Lyla is Richard’s wife). 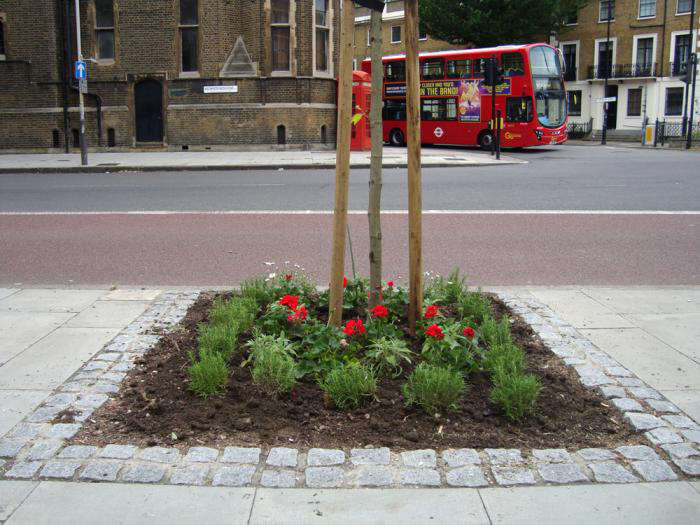 Above: After their wedding two weeks ago, Richard and Lyla used the leftover herbs and pelargoniums to plant up this tree pit nearby. 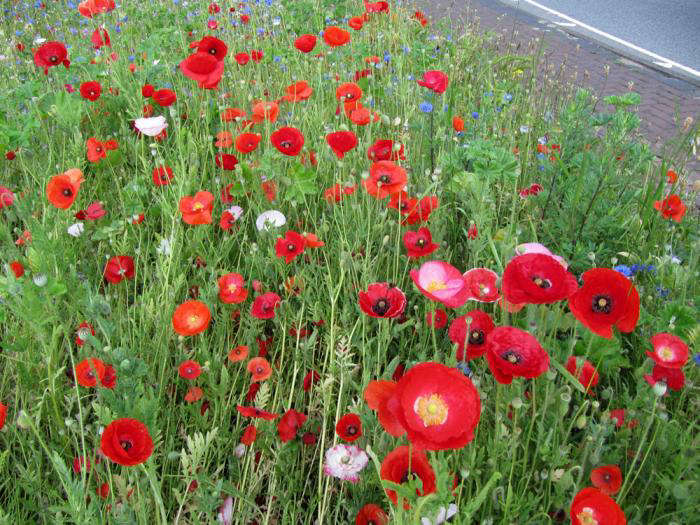 Above: Poppies on the Hogarth Roundabout. This is the main artery in and out of West London, and it has been known to bring one back to earth with a thud, after bucolic trips down the M4. The transformation is the proud work of Schoenaich Landscape Architects, who have moved from guerrilla gardening to legit gardening, having gained permission from Transport for London to plant up this plot. Photograph by Sabrina Talamoni. 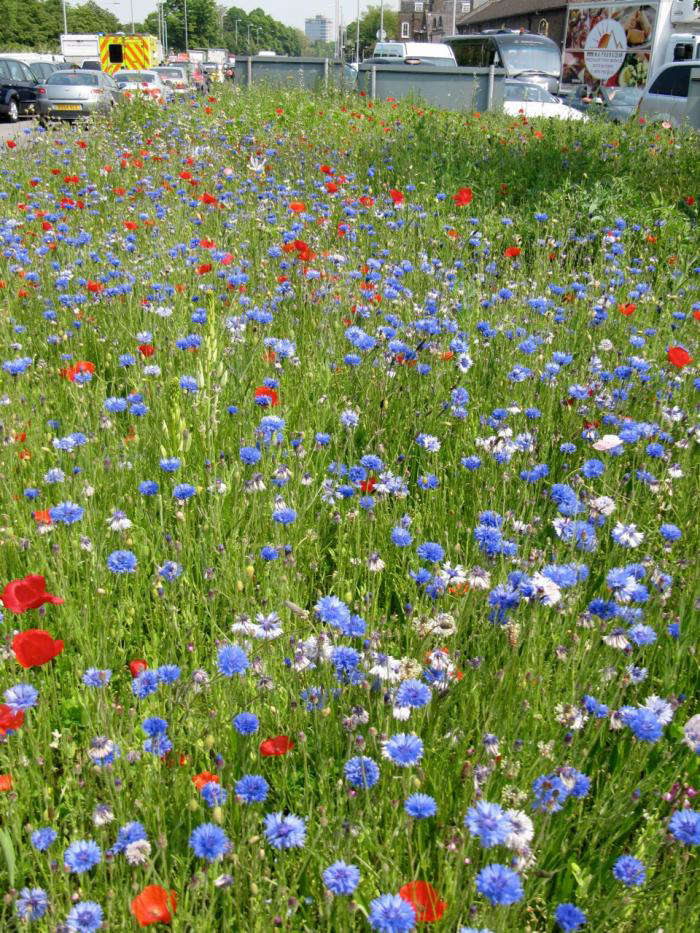 Above: Blue cornflowers join the red poppies as well as white rocket to make a Jubilee-esque tableau. The meadow is a result of many decades of passion as well as patience. Photograph by Sabrina Talamoni. 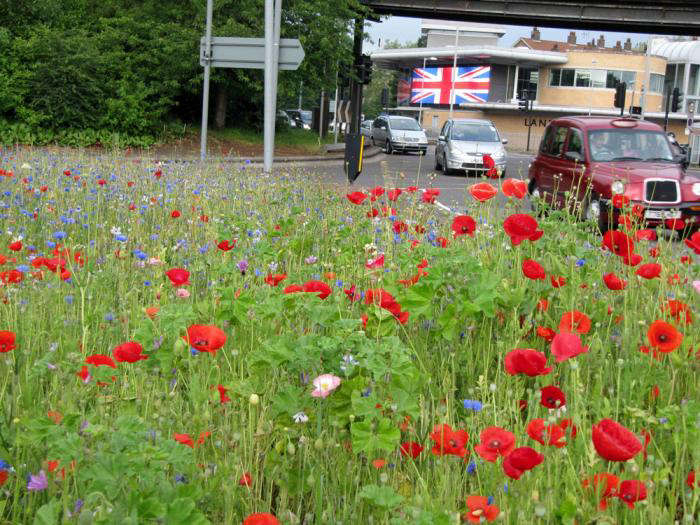 Above: The Old Chiswick Protection Society has funded the planting of Annual Seed Mixes from Pictorial Meadows and Bulbs from Gee-Tee. The meadow is also planted with perennial grasses, so it will stay green for most of the winter before being planted up again early next spring. Photograph by Sabrina Talamoni.

10 Reasons to Reach for The Sky

The Ultimate Guesthouse and Garden Shed, in a Shipping Container