Shade is the dirty secret of every garden. We all have it, so before things deteriorate further, let’s get the professional help we need to face the situation like mature adults. Hello, Bart Ziegler.

Mr. Ziegler, who writes the Wall Street Journal’s popular “Weekend Gardener” column, has turned shade into an asset on the two acres of lawn and gardens that surround his house in upstate Columbia County, about a two-and-a-half hours’ drive from New York City. He’s a free thinker whose public support of “Politically Incorrect Gardening” gave us the courage to just say no to the fanaticism of the “Natives-Only” movement. When we phoned him the other day, whining about having too much shade–”Don’t tell anyone, but at night sometimes we lie awake fantasizing about taking an axe and chopping down all the trees in the world”–he perhaps heard a note of desperation. Coming to the rescue, he revealed his secrets, step-by-step, for creating a shade garden we’d actually prefer to sun: 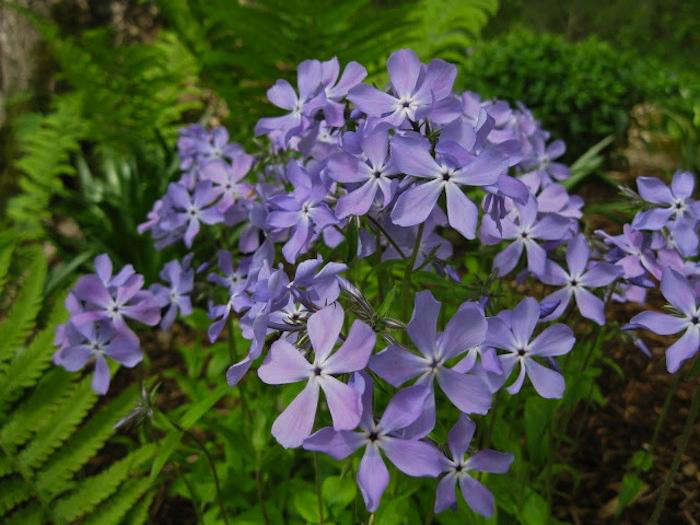 Above: Accept the fact that it’s the rare shade plant that has showy blooms. Woodland phlox (Above) is an exception. For a similar phlox, consider Phlox divaricata ‘Mary Helen.’ At Wayside Gardens, it’s $13.95, or $10.95 if you buy six, which you probably should because, as Mr. Ziegler says, “They don’t spread very much. After five or six years in my garden, they’ve barely grown.” 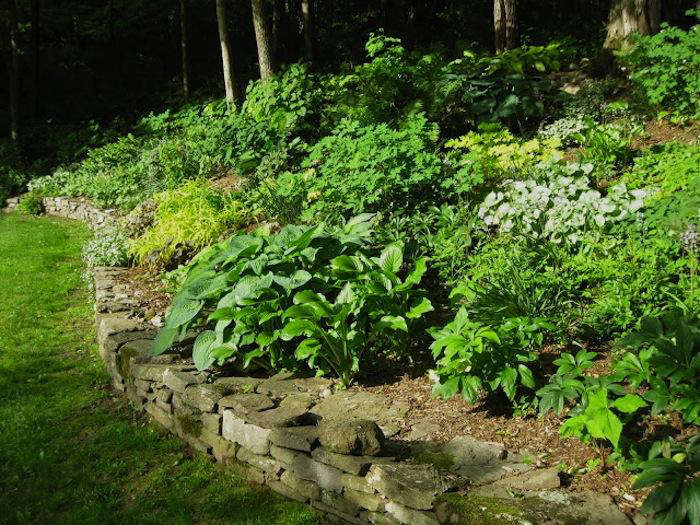 Above: Control the weeds. In Mr. Ziegler’s 100-foot-long shade garden, “luckily nothing grows as quickly in shade, including weeds. But the maple trees went crazy, and this year there was an amazing out crop of seedlings.” Pull them out by the roots, rather than cutting them back, or they will return and develop, amazingly quickly, into pernicious little trees. 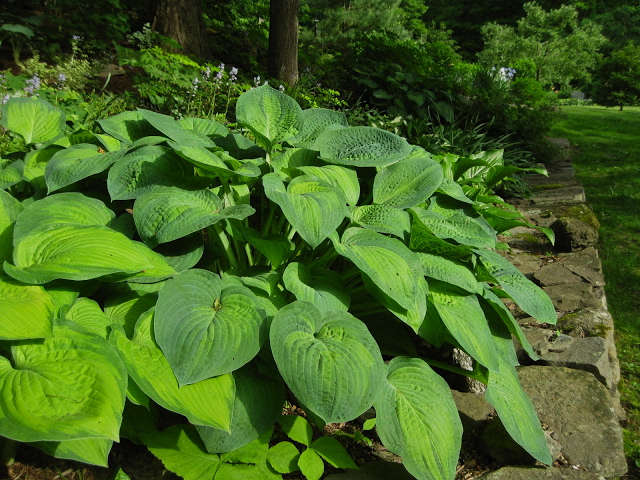 Above: Forget flowers; look at the leaves. Mr. Ziegler creates contrast and interest with giant hostas whose leaves are “crinkled, sort of like a waffle texture.” For a similar look, consider Hosta ‘Final Summation,’ which is $26.95 and ships for spring planting from White Flower Farm. 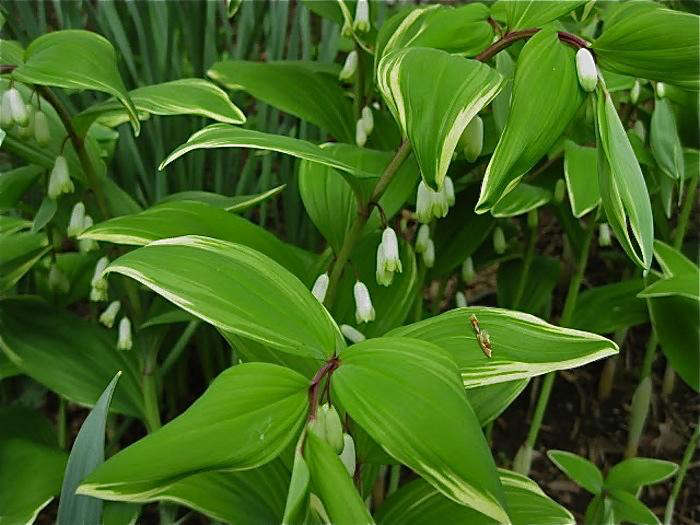 Above: Variegated leaves create year-round interest. “I want every plant to have more going on than just one little season of blooms,” says Mr. Ziegler. For a similar variegated Solomon’s Seal, consider Polygonatum odoratum Variegatum; $24 for three plants and ships for fall planting from White Flower Farms. 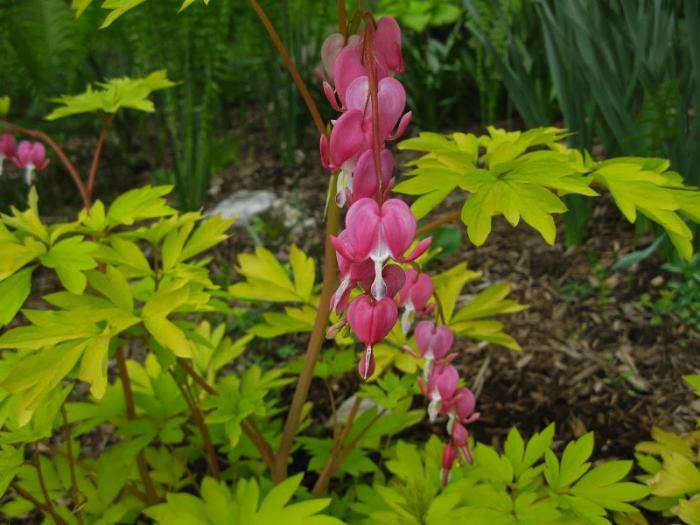 Above: Look for unusual colors: this bleeding heart’s yellow leaves stand out. “They just glow,” says Mr. Ziegler. Dicentra spectabilis ‘Gold Heart’ is $21.95 and ships in the fall from White Flower Farm. 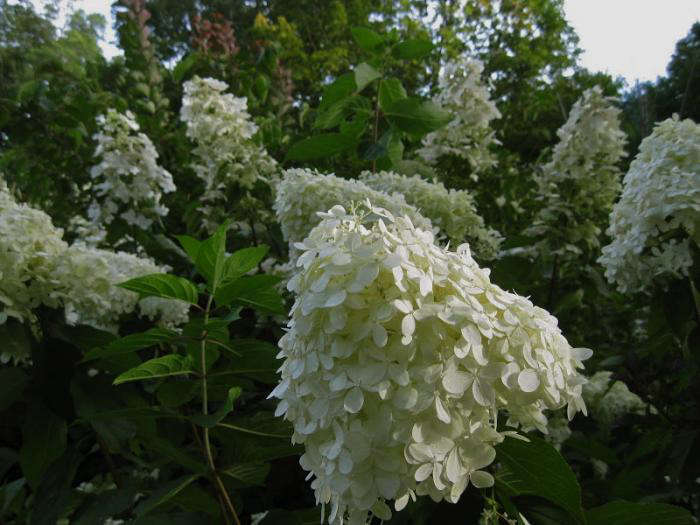 Above: Consider versatile plants that do well in either sun or shade. For a similar look, Hydrangea paniculata ‘Limelight’ will tolerate light shade; $19.95 apiece, from Wayside Gardens. 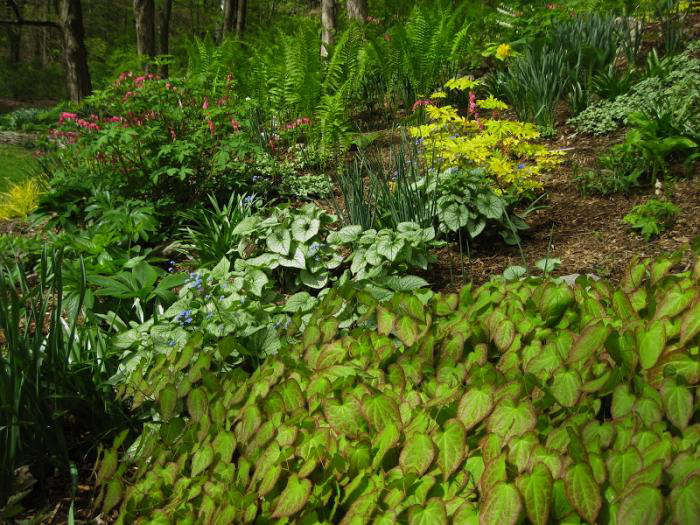 Above: In the foreground, the red-tinged leaves of epimedium complement the yellow leaves of bleeding heart in the background. “Some people like a garden where everything blends together and touches; it looks like a tapestry,” says Mr. Ziegler. “But I think that looks weedy, so I trim around the edges of clumps to keep them more distinct.” For a similar look, consider Epimedium x. versicolor Sulphureum; $14 apiece from Amazon.

DIY: An Alternative to Macrame?