When was the last time you walked into a bar and were greeted not with the odor of stale beer, but instead with the sweet fragrance of cut flowers? If the answer is “never,” I suggest you take a trip to the Sycamore Bar in the Brooklyn neighborhood of Ditmas Park. It’s a serious drinkers’ establishment offering an international selection of 75 premium bourbons and whiskeys, but you’ll know it’s not an ordinary bar when you see the sign for the $10 “Beer and Bouquet” special.

The flowers you get with your beer come from Stems, the teeny flower shop located just inside Sycamore’s front door. For a few hours six days a week, Stems and the Sycamore Bar overlap business hours. You can come in, order a custom arrangement, proceed to the bar (or its spacious garden), and enjoy a drink. When you are ready to leave, you can pick up your flowers on the way out. The Sycamore website sums up the philosophy behind the unlikely combination of flora and alcohol: “Booze and flowers, what could be better?!”

Photographs by Nicole Franzen for Gardenista. 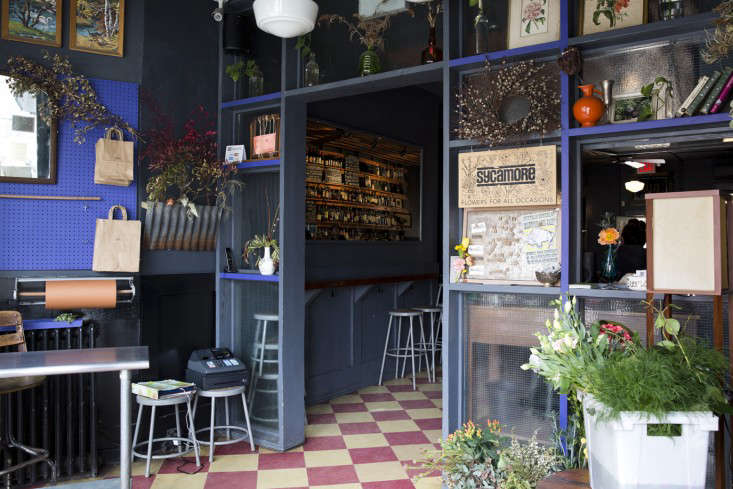 Above: Patrons entering the Sycamore in the afternoon get to peruse the floral merchandise. 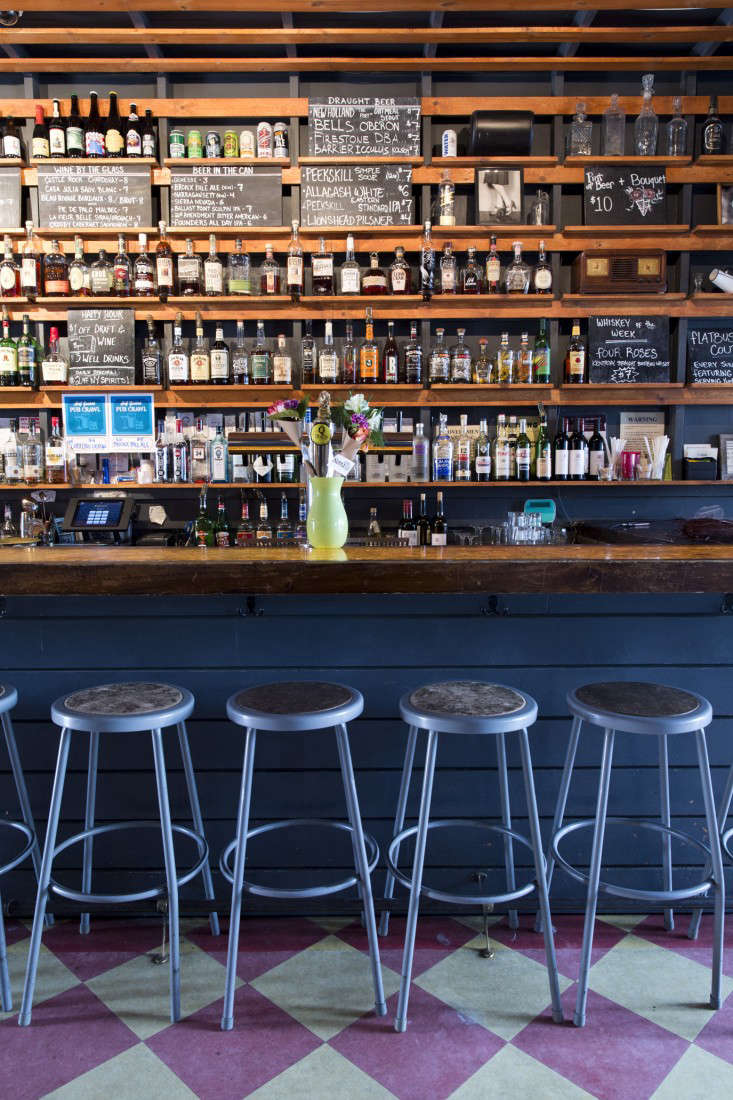 Above: Bar stools at the ready in the Sycamore.

Stems owner Suzanna Cameron, a former dental technician and television production assistant, describes her business as a pop-up shop, one that is taken down each evening and assembled anew each morning. Bar patrons who come in at night when Stems is closed might easily be unaware the shop even exists. However, Susanna says there are advantages to sharing her space with the bar. She can leave arrangements with the bartender when customers are unable to pick up their orders before the shop closes. Empty whiskey bottles make for interesting vases and the Sycamore produces an unlimited supply. 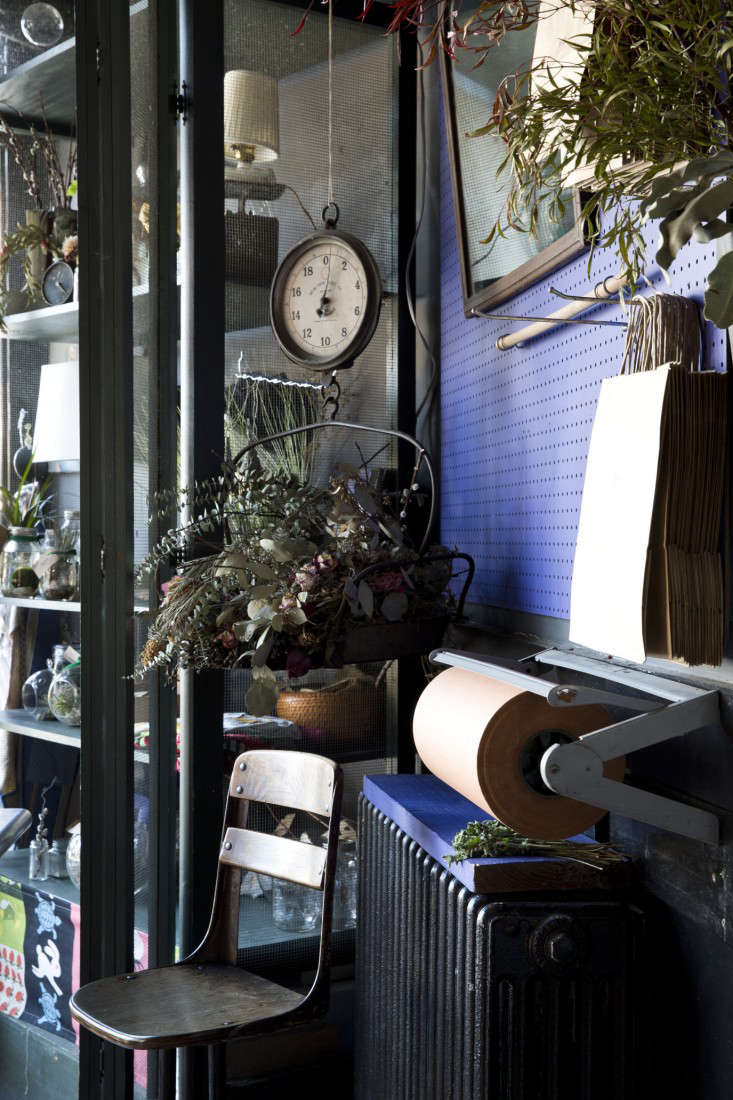 Above: Because the shop gets set up every day, Cameron enjoys experimenting with rearranging the stock. 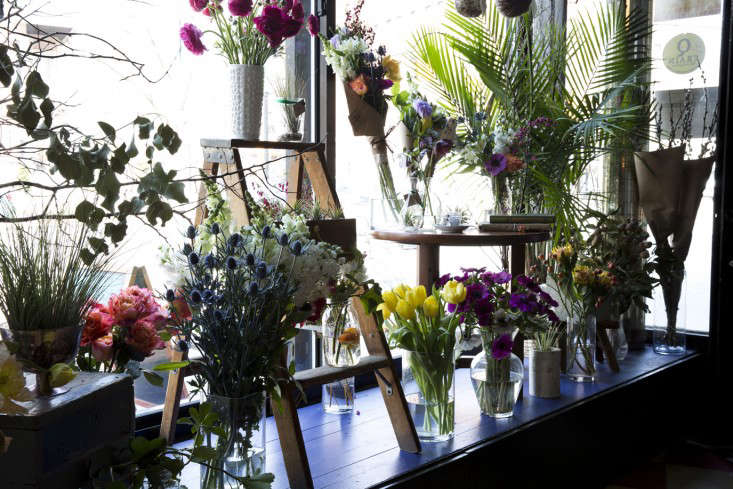 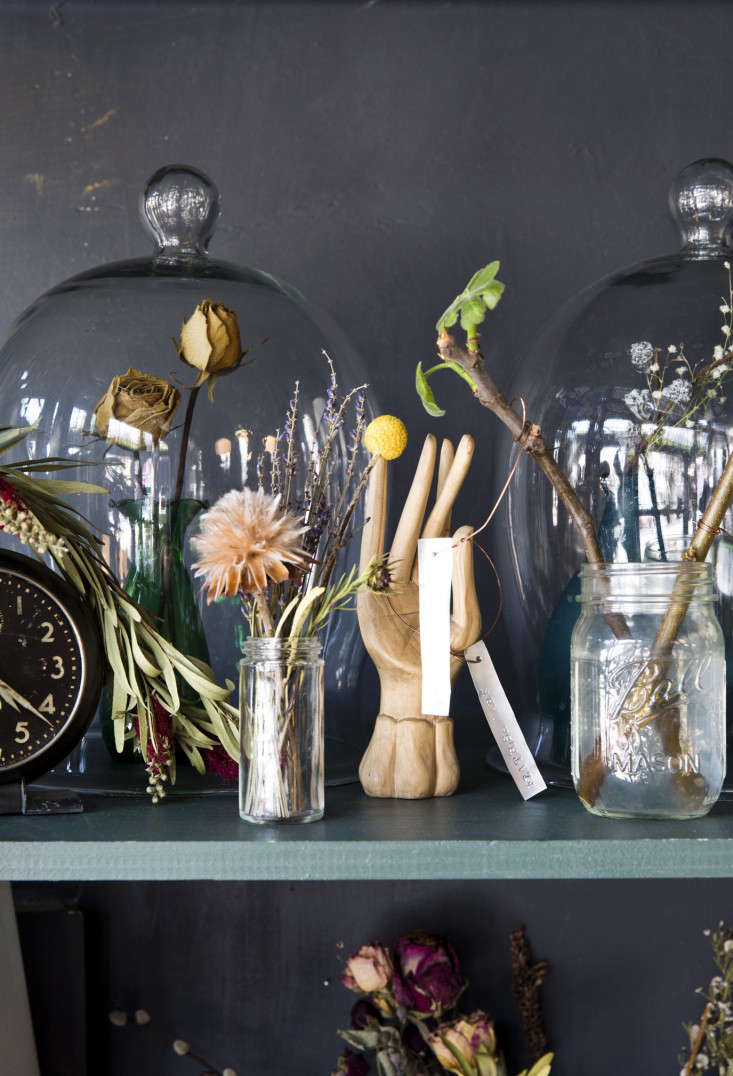 Above: Making maximum use of limited space.

Cameron has been the proprietor of Stems for just over a year. The original business was known as the flower shop at the Sycamore and opened in 2008. She discovered it when she moved to the neighborhood and, just barely of drinking age, became a patron of the bar. Flowers were not really on her radar then, but she was struck by the unusual blooms and naturalistic style at the Sycamore. When the owners offered her a job and training in flower arranging, she accepted. Later when they wanted to turn the shop over to a new owner, Cameron decided to take a chance on running her own business. 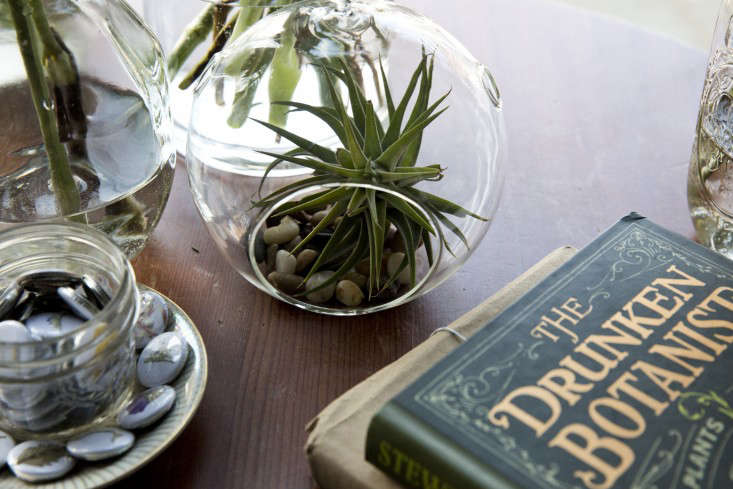 Above: Airplant terrariums are popular with people who don’t have time for conventional house plants.

Cameron opened just before Valentine’s Day in 2013 and was swamped with holiday business. It’s now a year later and Cameron believes she has found her creative niche with the unusual flowers she buys from such local sources such as the Brooklyn Grange rooftop farm and Strawhill Farms in the Catskills. In winter, cold weather reduces what she can buy locally, but she tries to limit her purchasing to the U.S., frequently bringing in flowers from California. 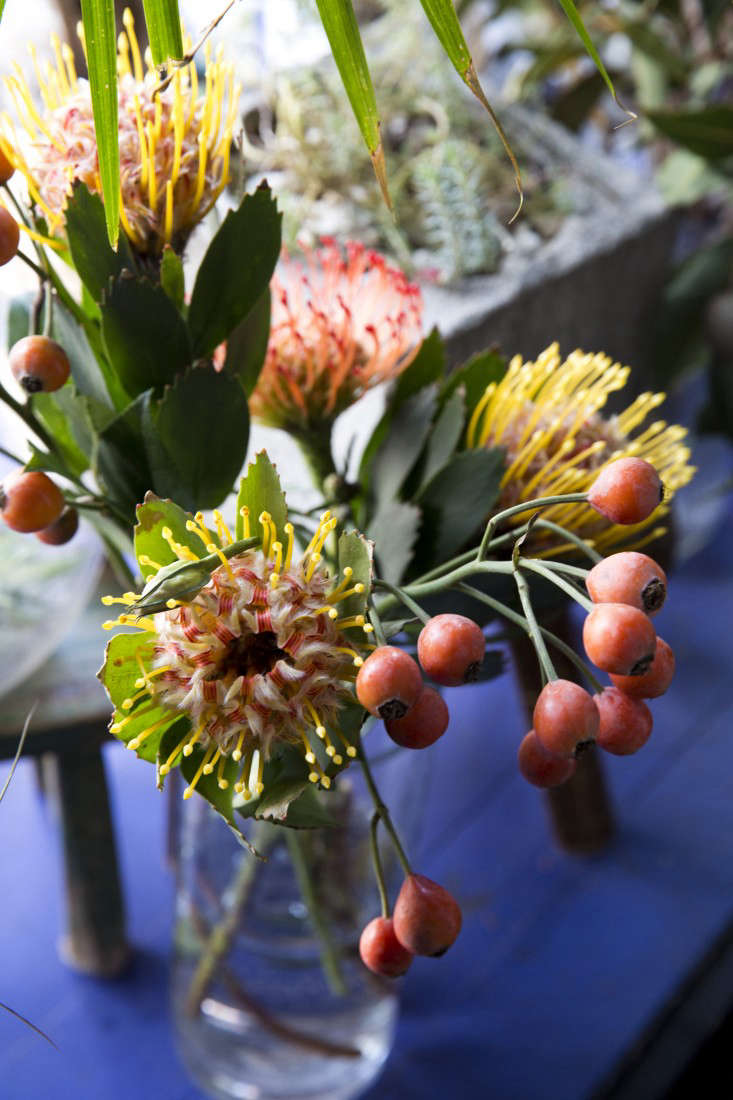 Above: Cameron advises patrons to trim the stems of cut flowers every day and keep them out of direct sun. 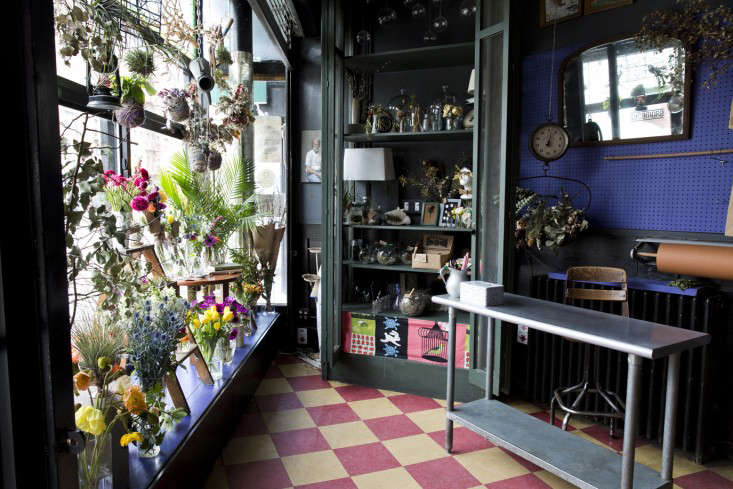 Above: Stems does floral arranging for weddings and other special events and offers one day workshops in flower arranging and related activities such as floral crown making and terrarium building. In case you had any doubt, the fees for the workshops include botanically inspired cocktails and a guaranteed party atmosphere.

Want to read about other shops that sell naturalistic arrangements? Check out Wild Beauty: Fowlers Flowers in Melbourne, Australia on Remodelista. Prefer to sip coffee while you shop for flowers? See Caffé Spina in Greenpoint Brooklyn.

Field to Vase: A Friend to Local Flower Farms