Through November 15, a David Stark-designed garden pop-up shop in Detroit is showcasing collaborations between international designers and local artists.

The event is sponsored by Culture Lab Detroit, which fosters collaboration between the Detroit design community and the rest of the world. Six product lines were designed for the event, each by an internationally known designer in partnership with a local Detroit artist, organization, or manufacturer. The space–at Nora design shop in Detroit–is by event designer David Stark, whose love of nature-inspired designs and Detroit’s burgeoning design scene are evident in the décor: “A”‹s one of the birthplaces of modern American design, Detroit’s rich traditions of craft are an inspiration,” says David.

Shop the entire collection online or in Detroit: the Culture Lab Design pop-up runs through November 15 at Nora, at 4240 Cass Avenue. 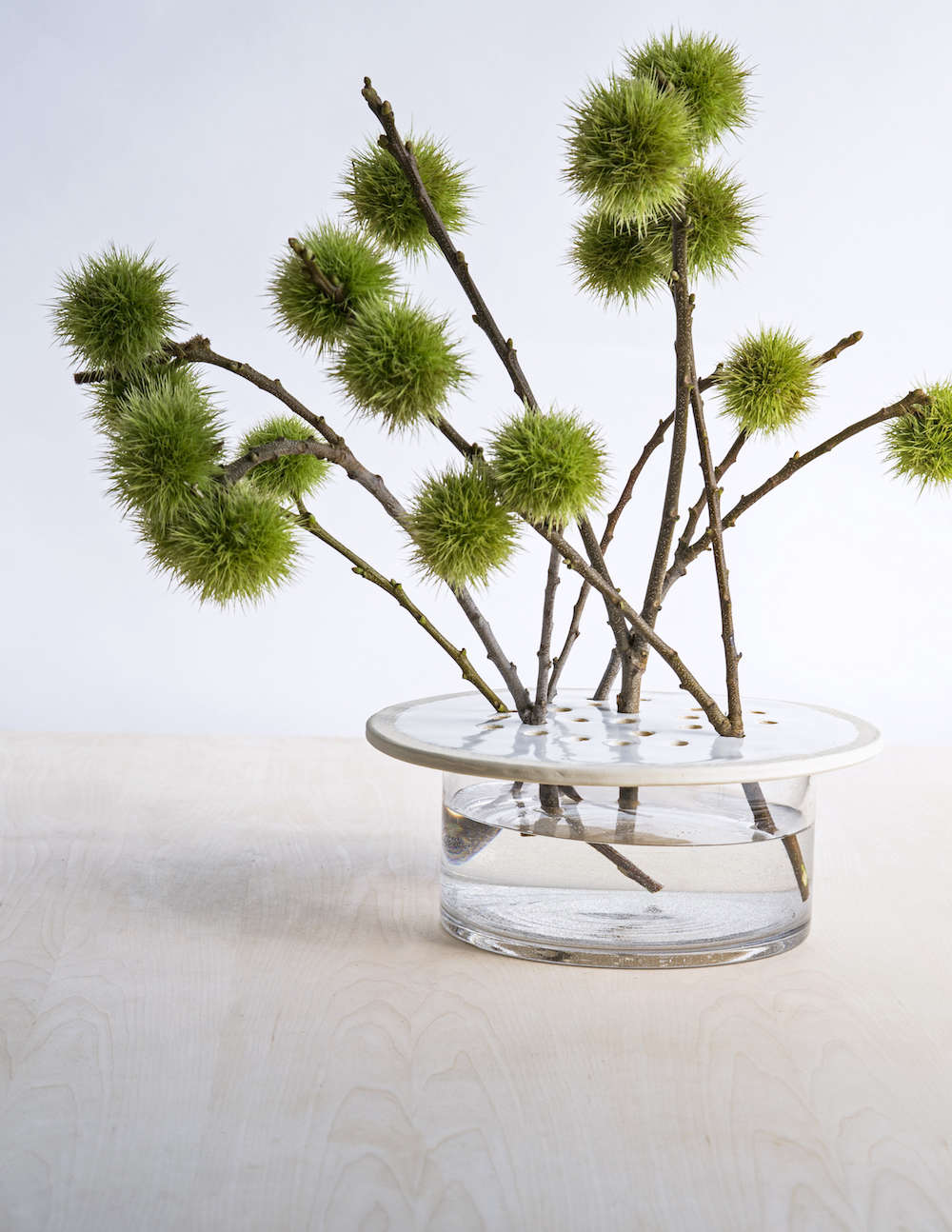 Above: We previewed David Stark’s new Pierced Flower Rests in a roundup of fall floral arrangements he styled for us; see Short on Floral Inspiration? Start with the Vessel, Says David Stark. 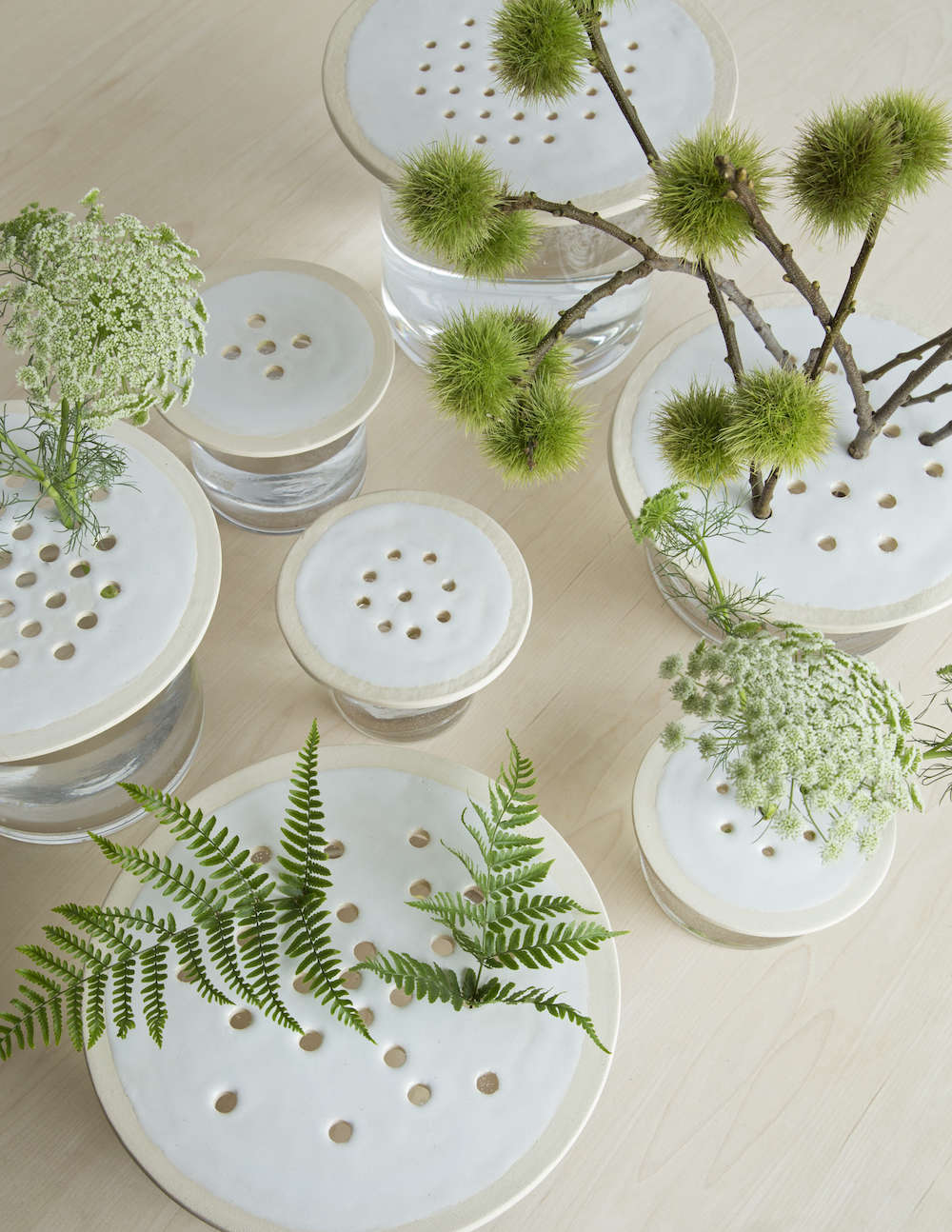 Above: The Pierced Flower Rests are a collaboration between David and Victoria Ashley Shaheen, a ceramic artist who teaches her craft in the heart of Detroit. They come in six variations on three disc sizes–6-inch, 9-inch, and 12-inch–each with a unique hole pattern of circles or loose “snowflakes.” Each disc comes with a glass cylinder vase, and prices range from $85 to $250. 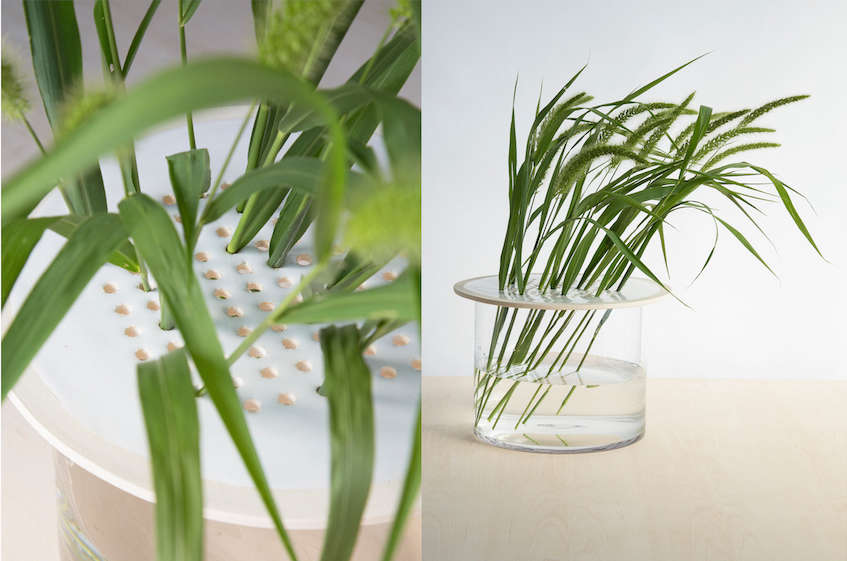 Above: We like that the flower rests are attractive enough to leave sparsely filled, or can be packed to the gills for a fuller arrangement. “The rests put the structure that florists have historically hidden out front as an elegant, chic feature,” says David. 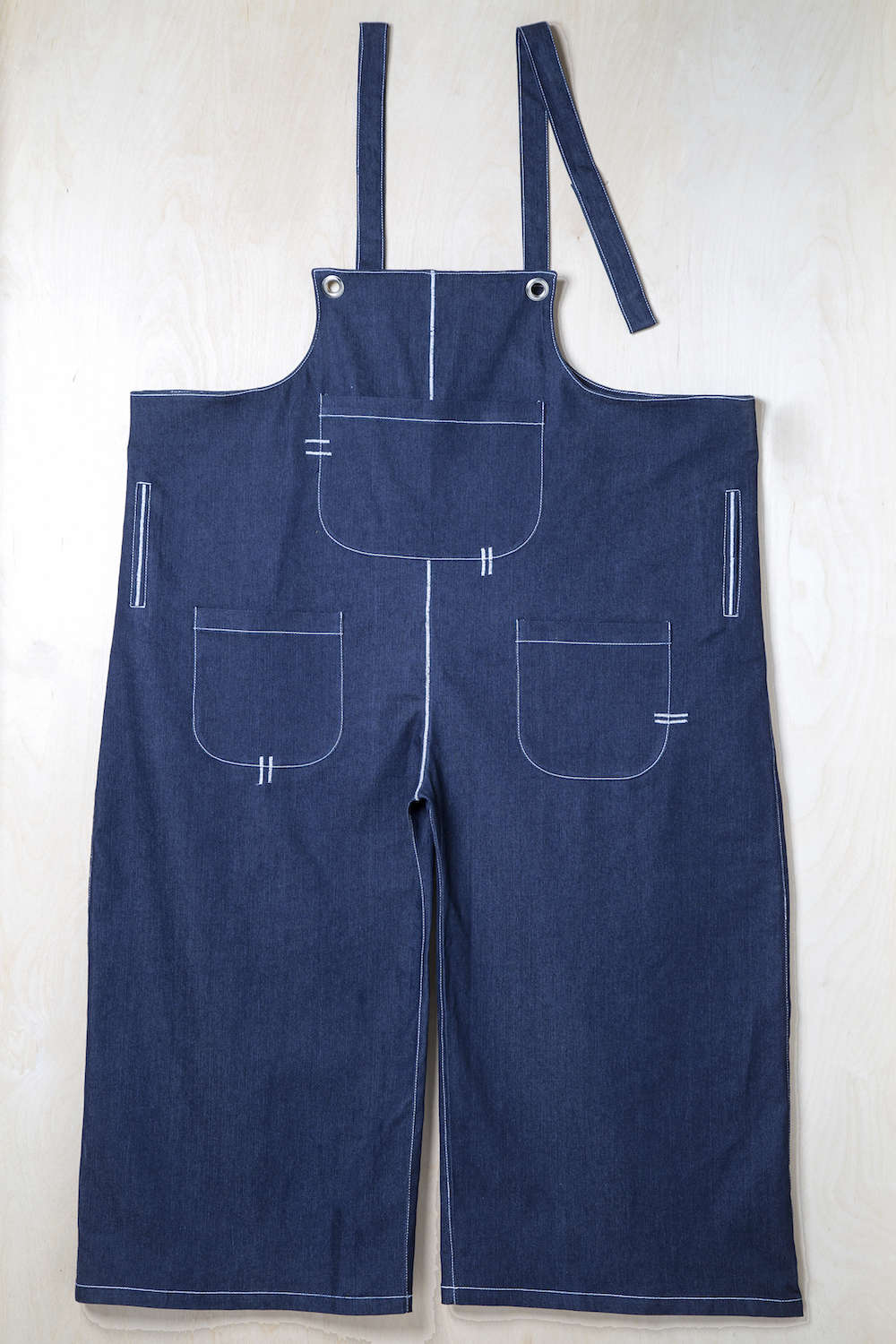 Above: Italian designer Paola Navone collaborated with Detroit Denim Company to create the Mario Overall, designed to be “happily and comfortably” worn over clothes. Think of the workwear as a sturdy apron, with pockets for seeds, tools, and more; $340. 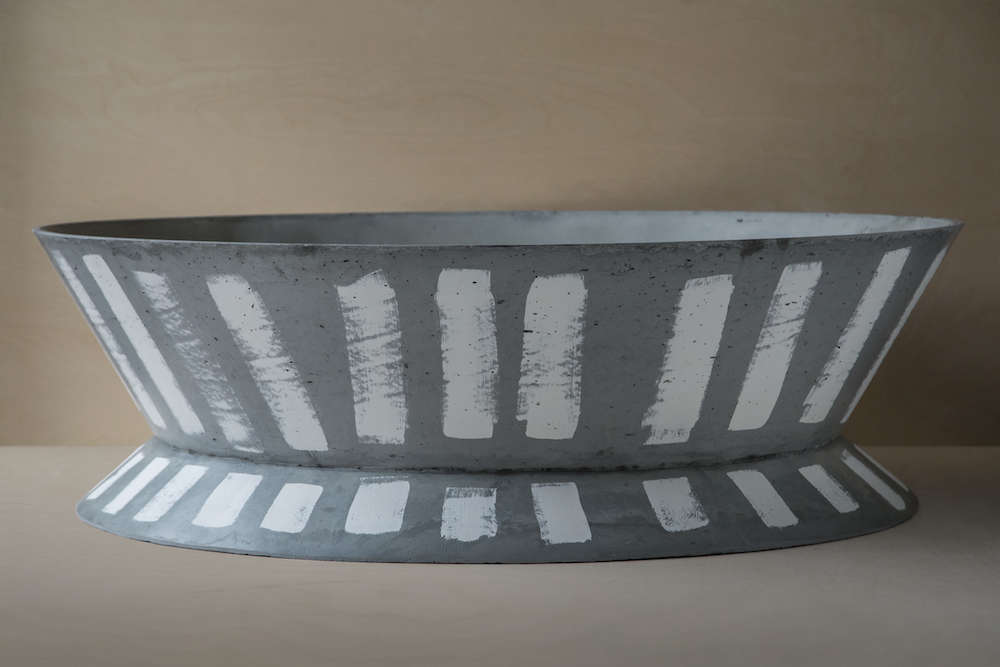 Above: Navone also teamed with Line Studio Detroit and founding artist Andrew Ward to create the April Cement Planters, three styles in concrete with a hand-painted finish. Shown here, the long planter is $1,850. 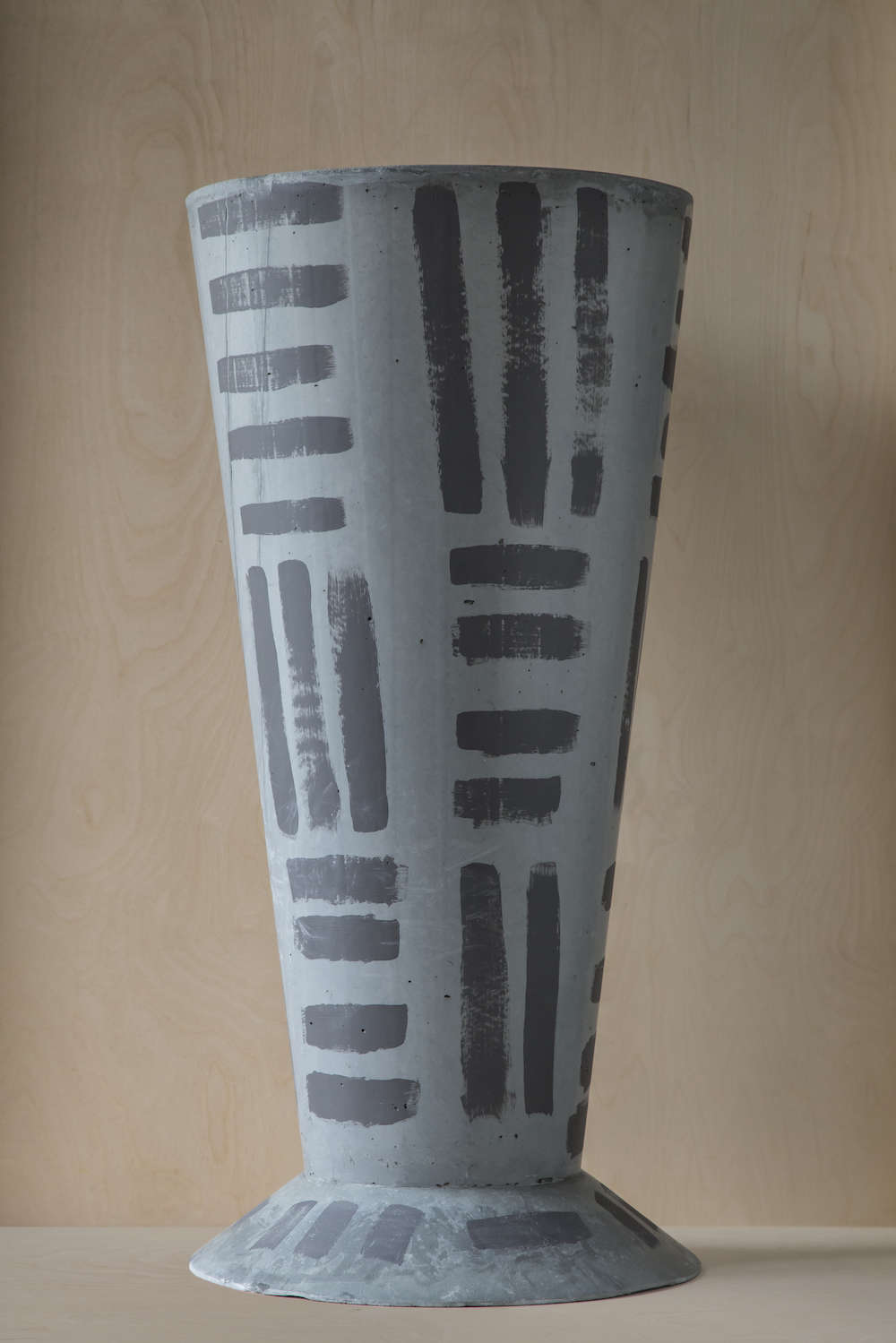 Above: Once filled with greenery, the April planters are meant to evoke an urban garden bursting out of concrete. Here, the April Cement Planter in large is $1,600. 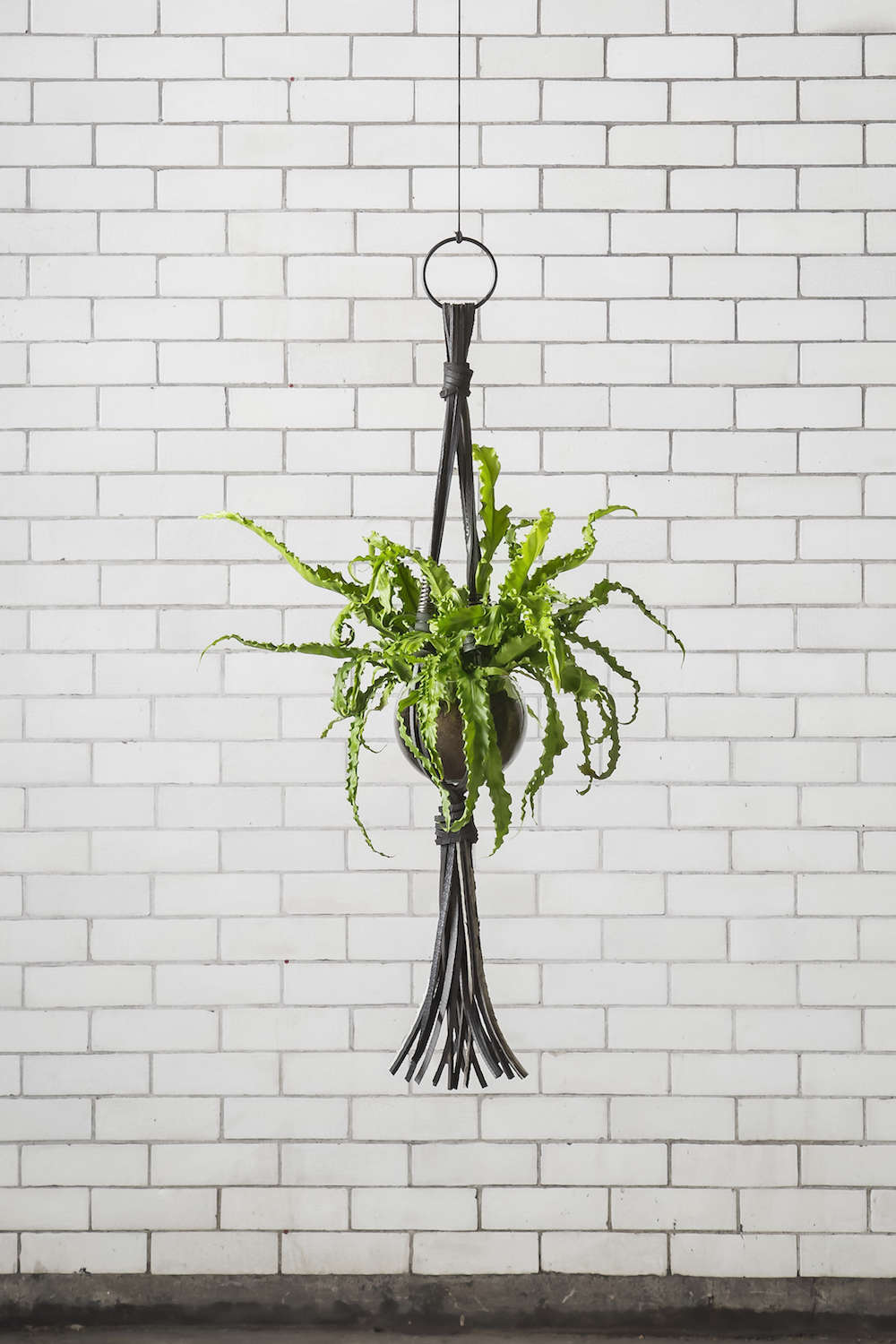 Above: New York-based interior designer Kelly Behun partnered with Cass Community Social Services of Detroit to turn discarded tires and auto parts–plentiful in Motor City–into traditional-looking macramé hanging planters. Says Kelly, “The juxtaposition [of tires and plants] is not only striking aesthetically, but also holds a bigger message about the importance of recycling to our planet’s very survival.” 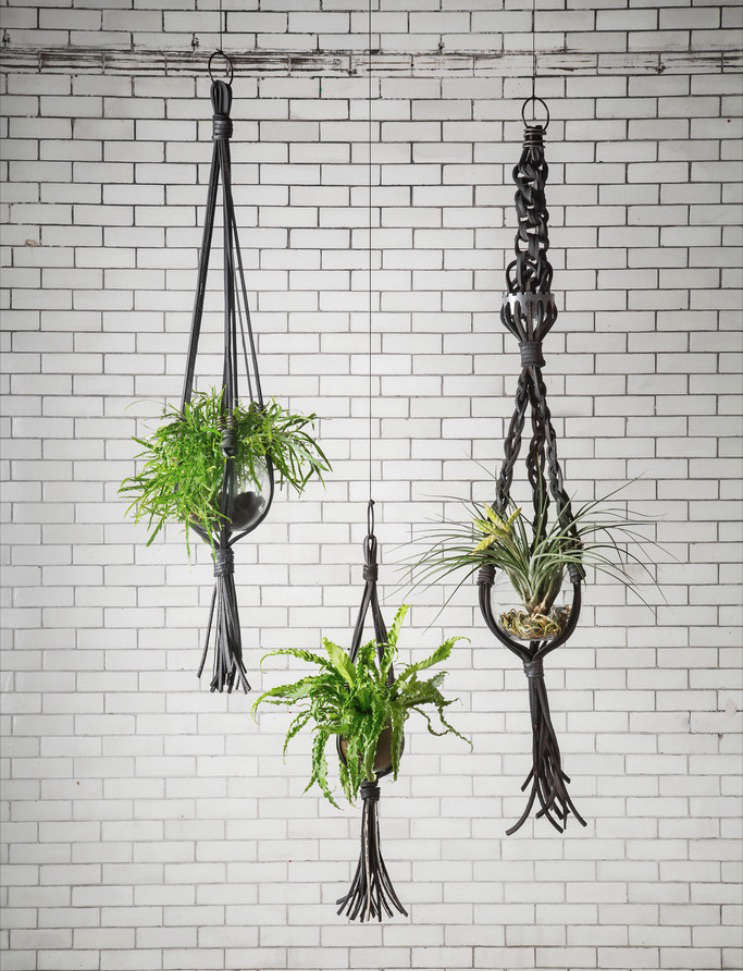 Above: The best part? One hundred percent of hanging planter proceeds go to Cass Community Social Services, which provides housing, health care, and more than one million meals a year to Detroit residents in need. It also offers job placement services, including at its own Green Industries–a recycled-goods manufacturing plant staffed by adults who have significant barriers to employment. The re:TREAD Macramé Plant Hanger ranges from $175 for small through $1,200 for extra large. 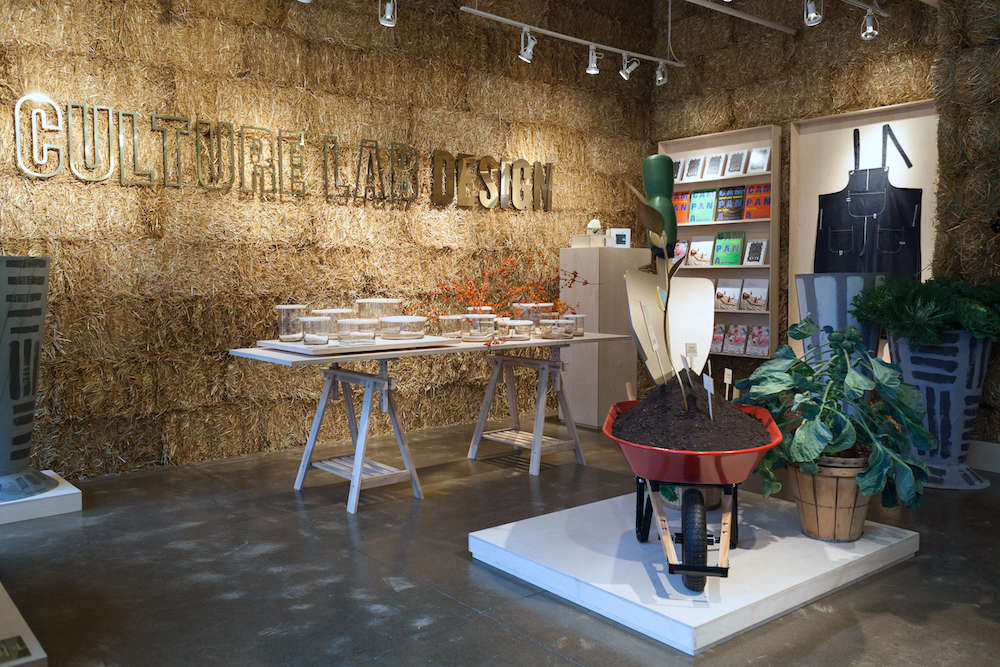 Above: The Detroit pop-up, designed by David Stark and featuring gold accents and straw bales from nearby Detroit farms. 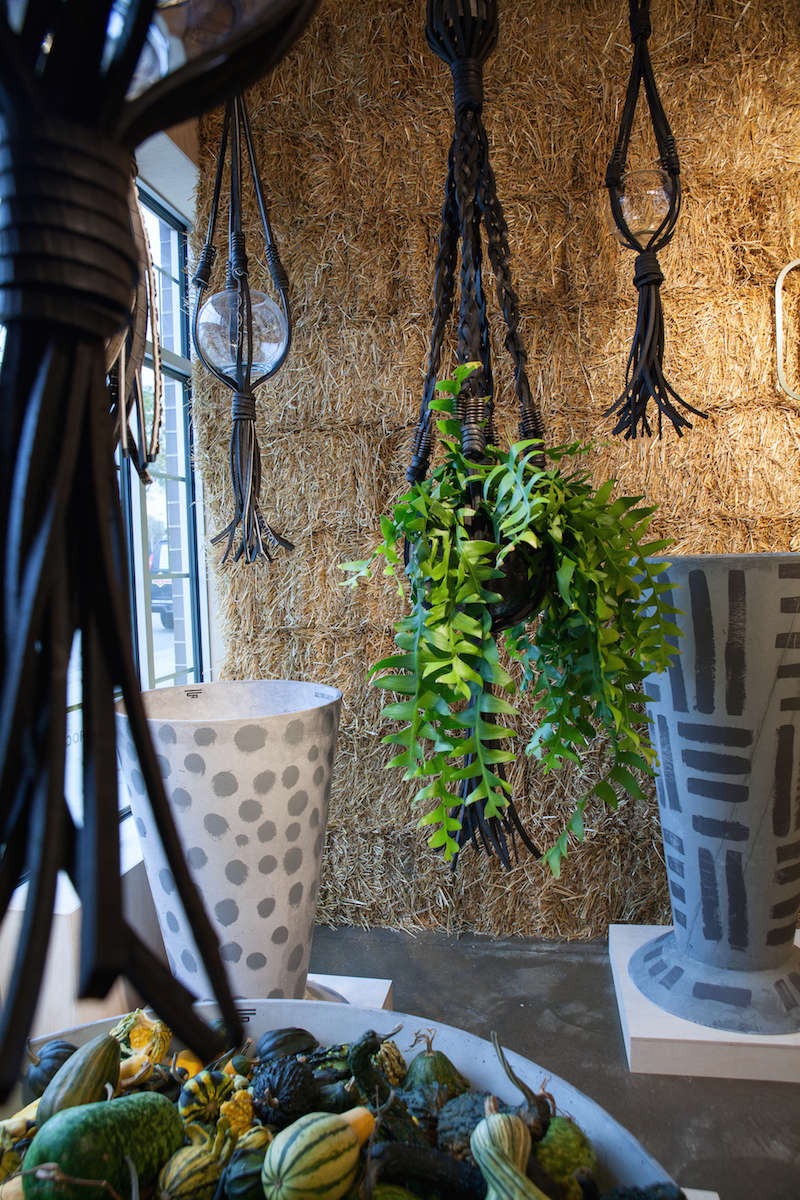 Above: Macramé hanging planters and Paola Navone’s cement vessels against a straw bale wall in the pop-up.

For more, browse the pop-up’s Rock Lamp and Detroit Vase, and visit Nora’s own Complementary Shop of works by Detroit artists including quilts, lighting, and table linens.

For more from David Stark, see:

DIY: How to Save Seeds for Next Year

Before & After: A Garden Makeover in Michigan for Editor Michelle Adams

Christmas in Detroit: A Pilgrimage to Gardeners’ Midwest Mecca