Four dozen spindly baby trees–perfect genetic copies of the grandest sequoias and redwoods that ever lived–were planted last month on four foggy and remote acres on the edge of the Pacific Ocean in southern Oregon. Their job: to save the world.

“We found the biggest trees that ever lived, including many cut down to their stumps, and we’ve brought them back to life by cloning them,” says David Milarch, co founder of the Michigan-based non-profit Archangel Ancient Tree Archive. The goal is to create an old-growth forest where giant trees capable of removing large amounts of carbon dioxide from the air will help prevent global warming. Says Milarch: “We saved these trees, and now they will save the world.”

Photographs courtesy of Archangel Ancient Tree Archive, except where noted. 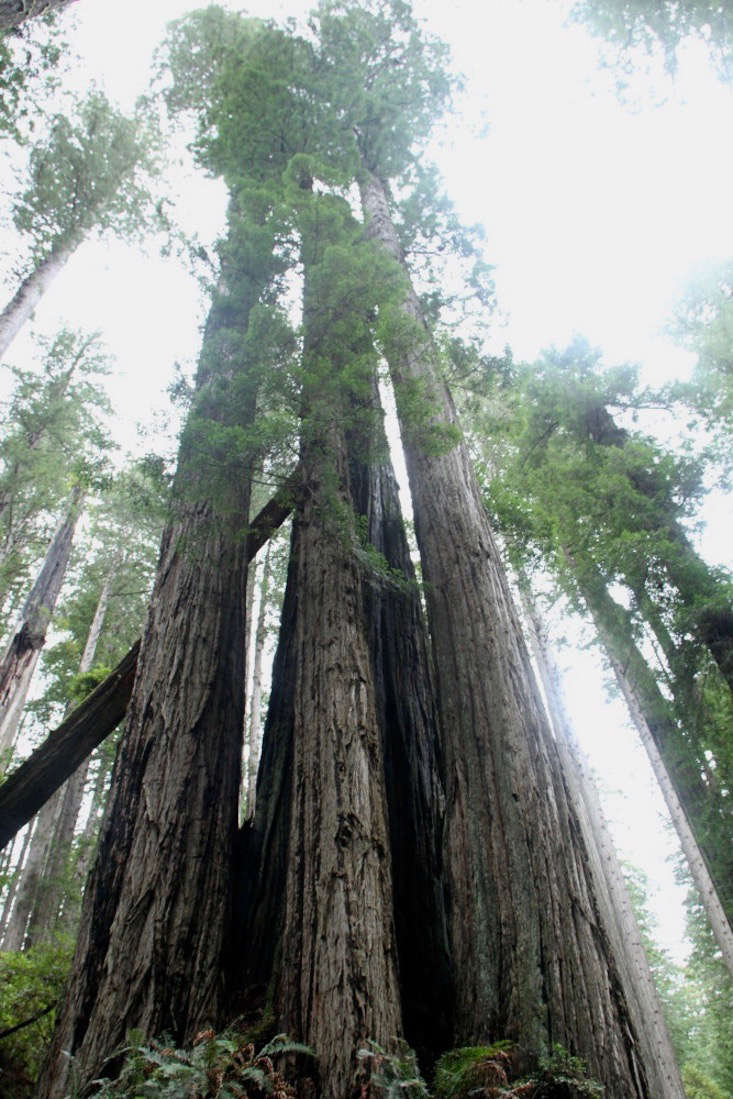 Above: Giant sequoias frequently sprout around the base of a felled tree and grow up into a “fairy ring.” 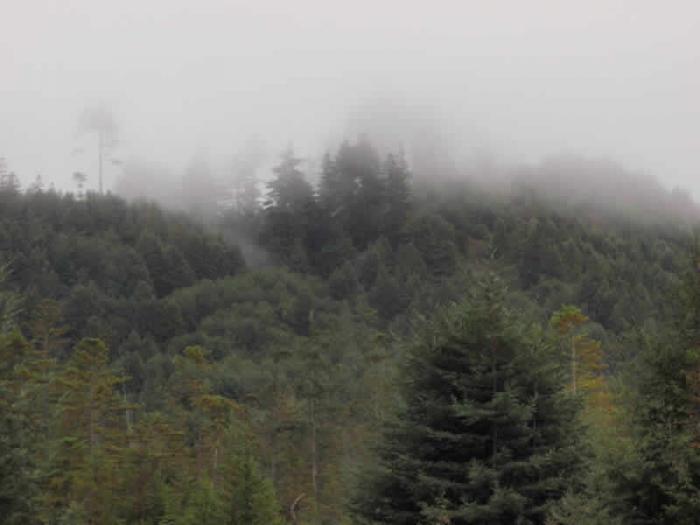 Above: The view from the top of the mountain: “It’s one of the foggiest places on the whole West Coast,” says Milarch, adding, “Redwoods like fog, especially when they get to be 300 feet tall.”

(N.B.: Do you suddenly have an urge to plant a tree? See “5 Favorites: Silvery Conifers.”) 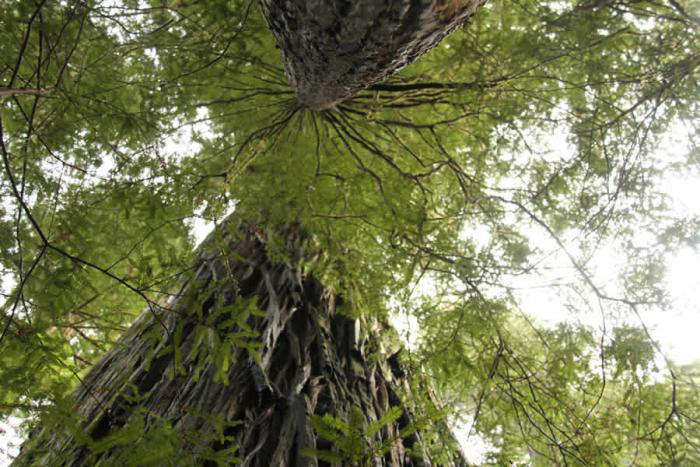 Above: Looking into redwoods from the ground up. The reforestation effort has its own roots in Milarch’s life: nearly 20 years ago, the shade tree nurseryman from Michigan went into renal failure and had a near-death experience that prompted him to dedicate his life to preserving the DNA of the world’s tree “champions”–the largest specimens of every tree species in the US. 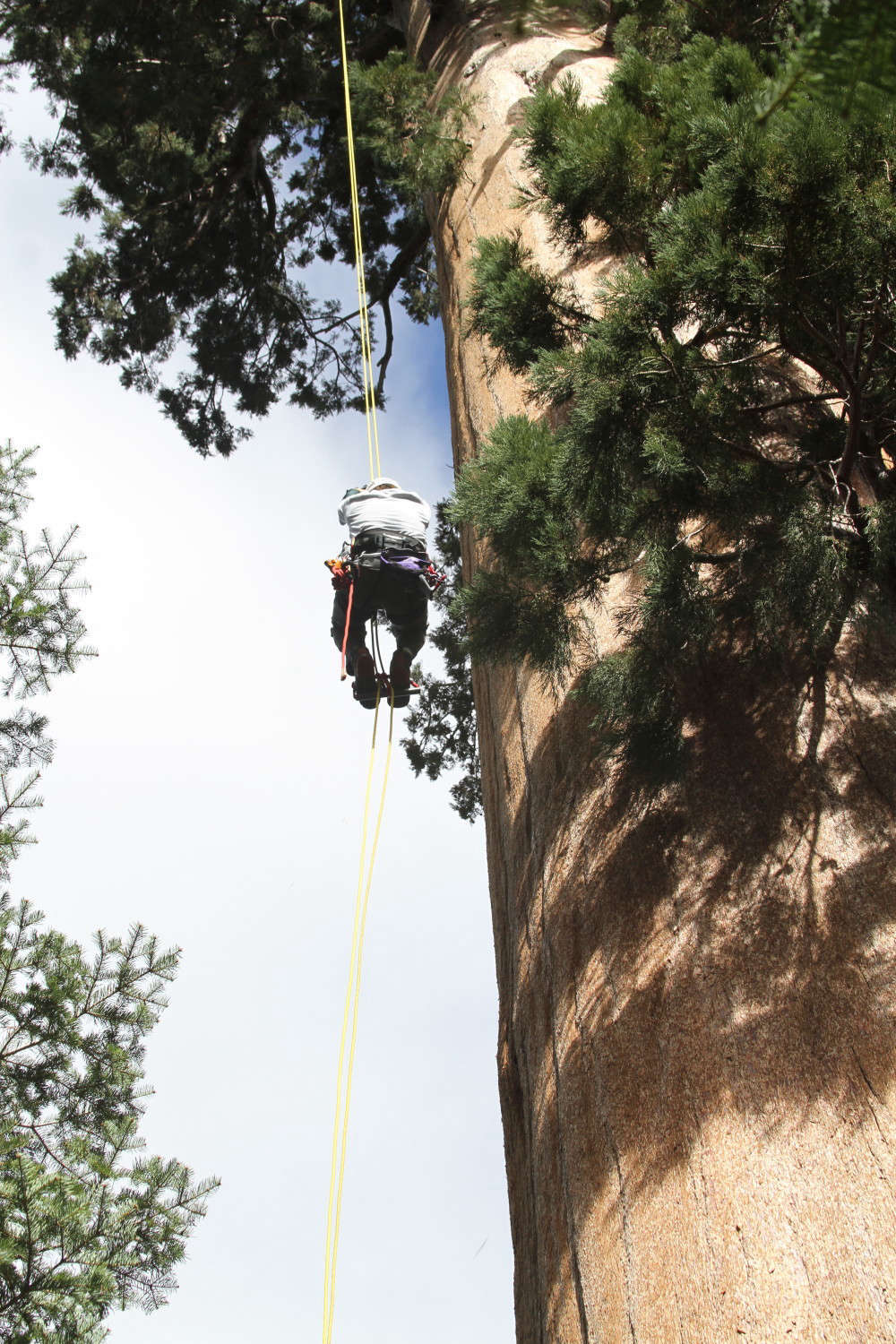 Above: In a California forest known as the Lost Grove, Jake Milarch, one of David Milarch’s sons, climbs the 3,000-year-old Waterfall Giant Sequoia–the fifth largest tree in the world–to get tissue samples to create clones.

There are plenty of reasons to save trees, writes Jim Robbins, author of The Man Who Planted Trees. Trees soak up carbon dioxide. They filter air and water pollution and suck up toxic waste from soil. The book is available for $16.99 from Amazon or for $25 from the Archangel Ancient Tree Archive, where $8 from each purchase funds the organization’s efforts. 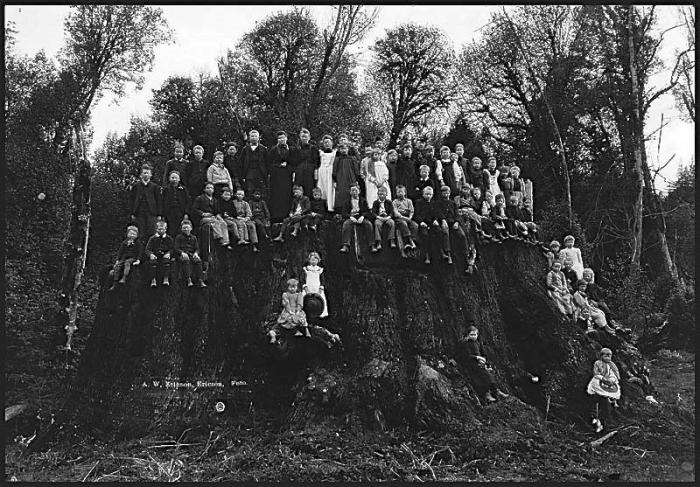 Above: Schoolchildren pose on the stump of the Fieldbrook coastal redwood, which was 400 feet tall and 3,000 years old when it was cut down in 1890. “It was the tallest tree on earth, and they cut it down for a bar bet,” says Milarch. “I’m happy to say we have many clones of it that are alive and well–and one was planted in Oregon last month.” Photograph courtesy of Humboldt State University Library.

(N.B.: Wondering how to take better care of your trees? See “Surviving a Storm: Expert Tips From the Brooklyn Botanic Garden.”)

Do you want to grow your own giant tree? See “A (Tiny) Giant Sequoia Tree.”

N.B. This is an update of a post that was originally published on January 8, 2013.

The Man Who Planted Trees

Hornbeam: A Hedge for All Seasons