Photographs via Hotel Amour except where noted. 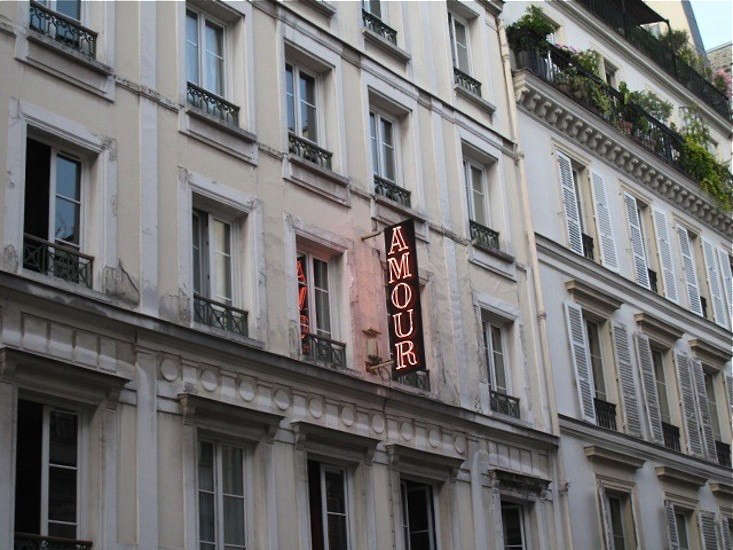 Designed by and for hipsters who like primary-color bedrooms and flea-market furniture finds, the hotel occupies the former site of a notorious brothel. In an homage to the history of the red-light district, the neon sign is a certain shade of lipstick. 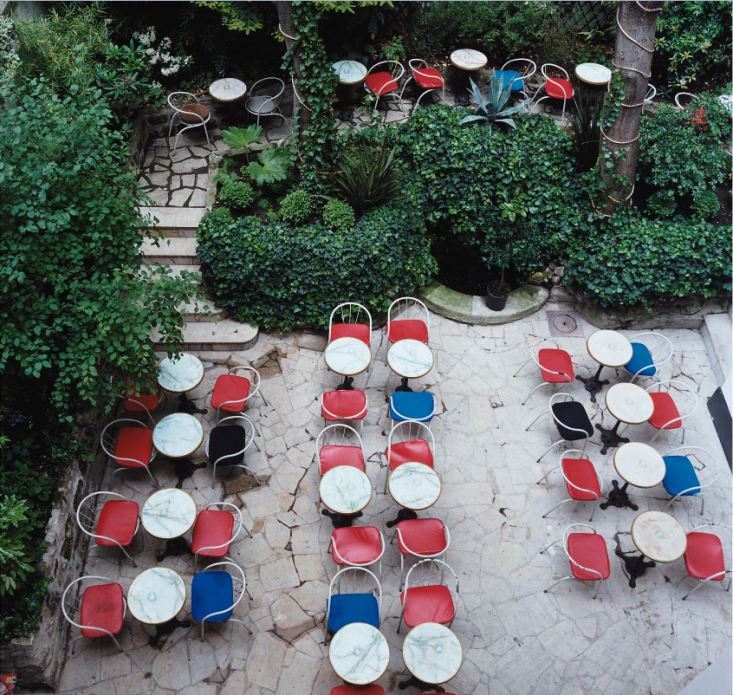 Above: In the courtyard café, the chairs are vintage. 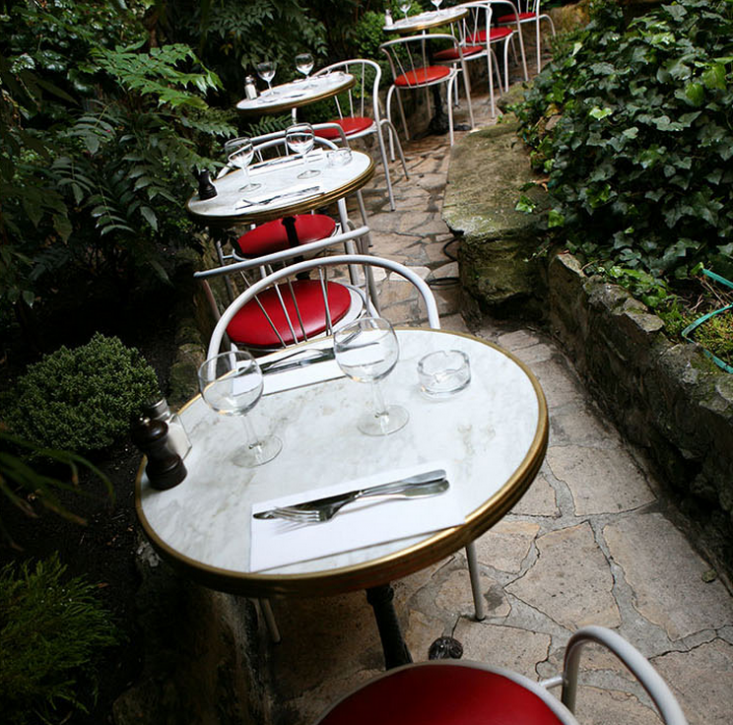 Above: Tables for two.

Inside the hotel, the rooms have been designed by avant-garde artists and designers including Pierre Le Tan, Alexandre de Betak, Marc Newson, Sophie Calle, and Stak. Two of the rooms have large outdoor terraces.

By day, the courtyard attracts aspiring bohemians and fashionistas in search of greenery and shade.

Wondering what the hotel rooms look like? For more of the Hotel Amour, see Escape to Love: The Hotel Amour in Paris on Remodelista.

The Best $50 Valentine's Roses You Can Order Online

10 Things Nobody Tells You About Poinsettias

Landscaping Ideas: The Case for Camellias