“Stepping into the shadow of the mango limbs, I was in another world,” writes the poet W.S. Merwin of his first visit, more nearly 40 years ago, to the 19-acre former pineapple plantation on Maui where he would make his garden.

“A thrush began singing in the branches above me,” Merwin writes. “His voice, and the cries of the plovers on the dirt road earlier, spoke to me of the life of the place, just there and just then, and I felt a wish to have more to do with it.”

And so began the romance of the poet and the garden he has nurtured since. Over the years, he has restored the property’s depleted soil and an area of indigenous rainforest. In Merwin’s recently published book, What Is a Garden?, he answers the title question decisively, with three essays and eight poems:

Photography by Larry Cameron courtesy of The University of South Carolina Press. 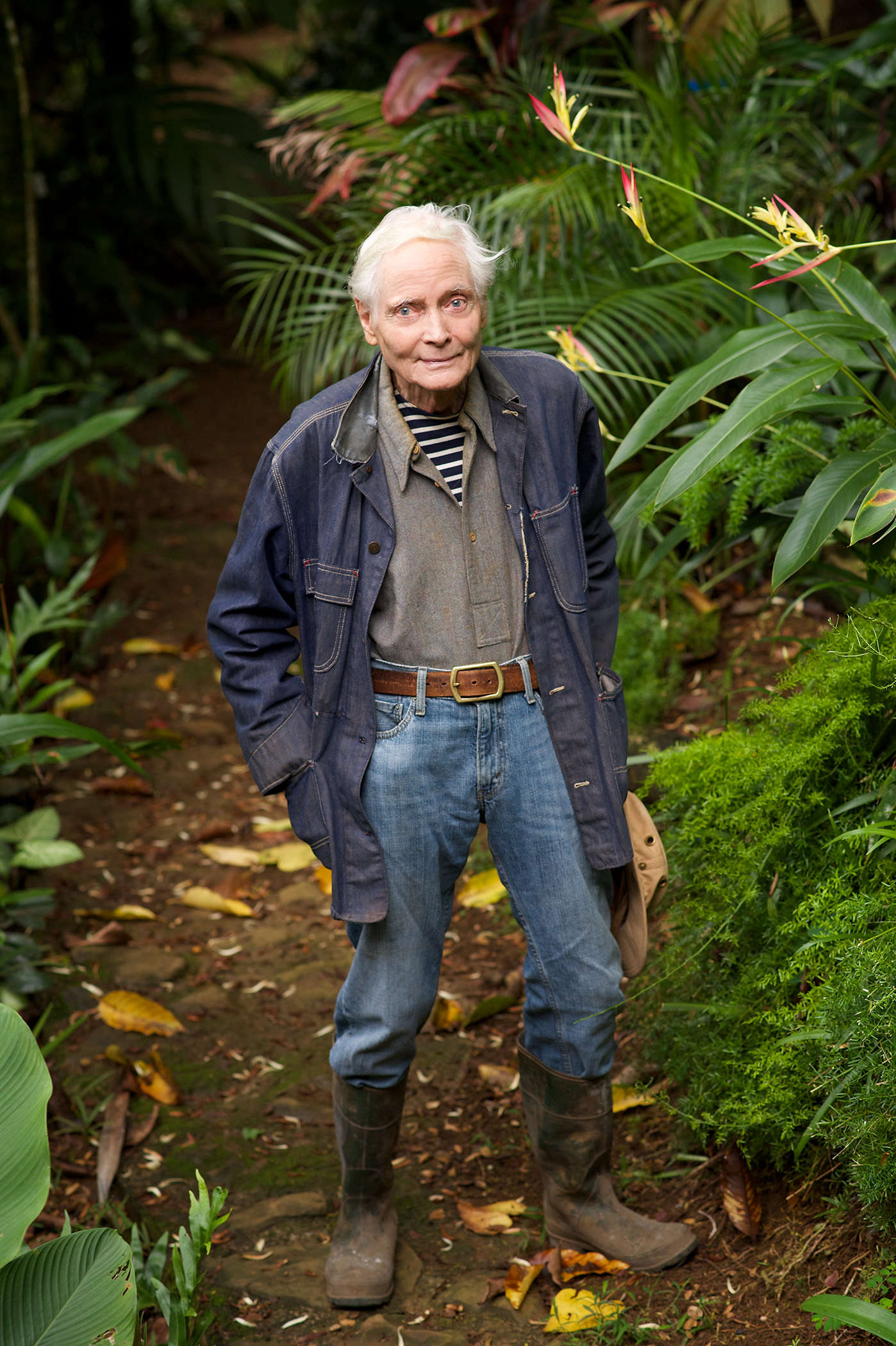 Above: W. S. Merwin, born September 30, 1927, has twice won the Pulitzer Prize for Poetry. A former poet laureate of the United States, he writes, “I have watched gardens come and go since I was a child, and some of them I thought of as mine.”

After living in Europe, Mexico, and New York, he came to Hawaii. 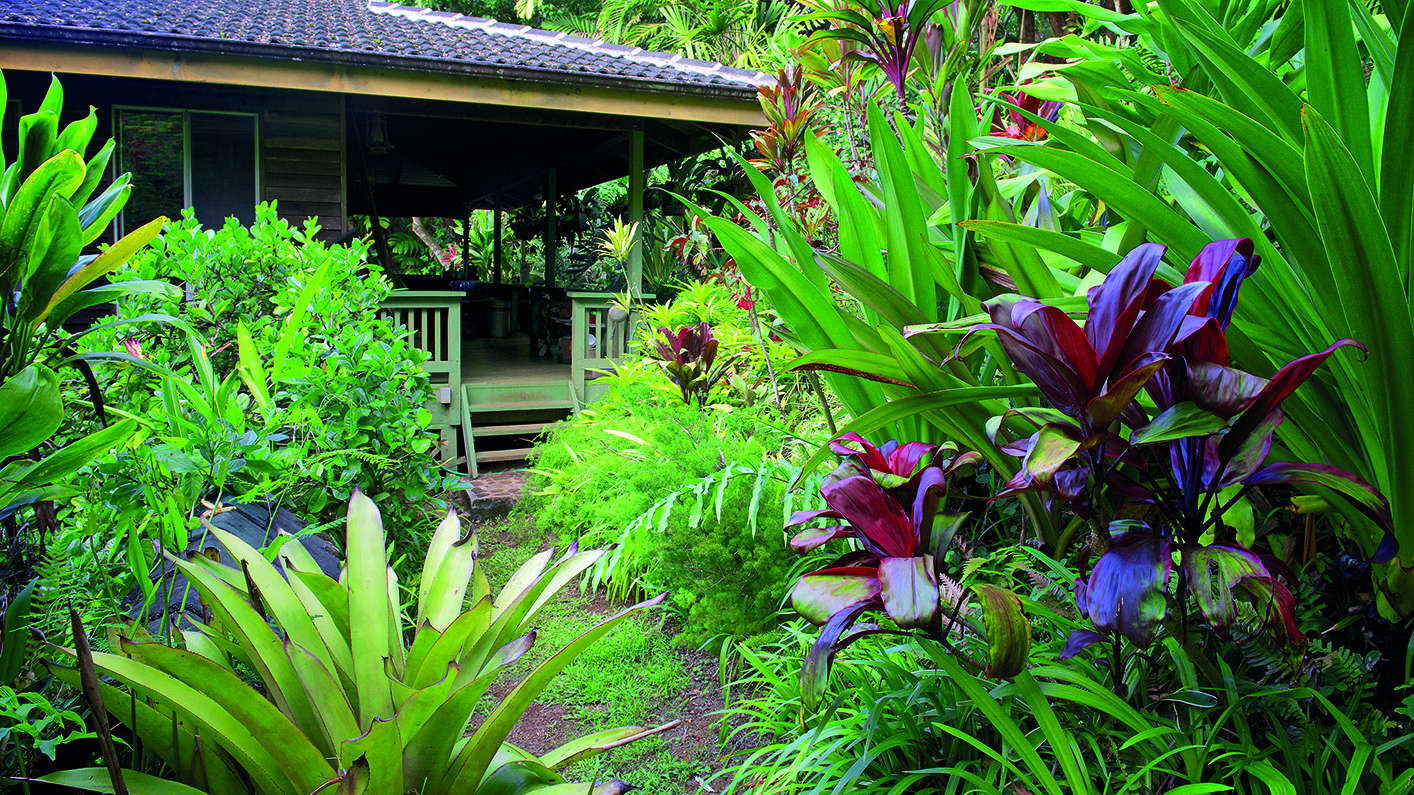 Above: Photographer Larry Cameron’s photos are deeply evocative of the dense, humid garden in which grow more than 800 species of palm.

In “Rain at Night,” Merwin writes:

“but the trees have risen one more time

and the night wind makes them sound

the black clouds race over the moon

the rain is falling on the last place” 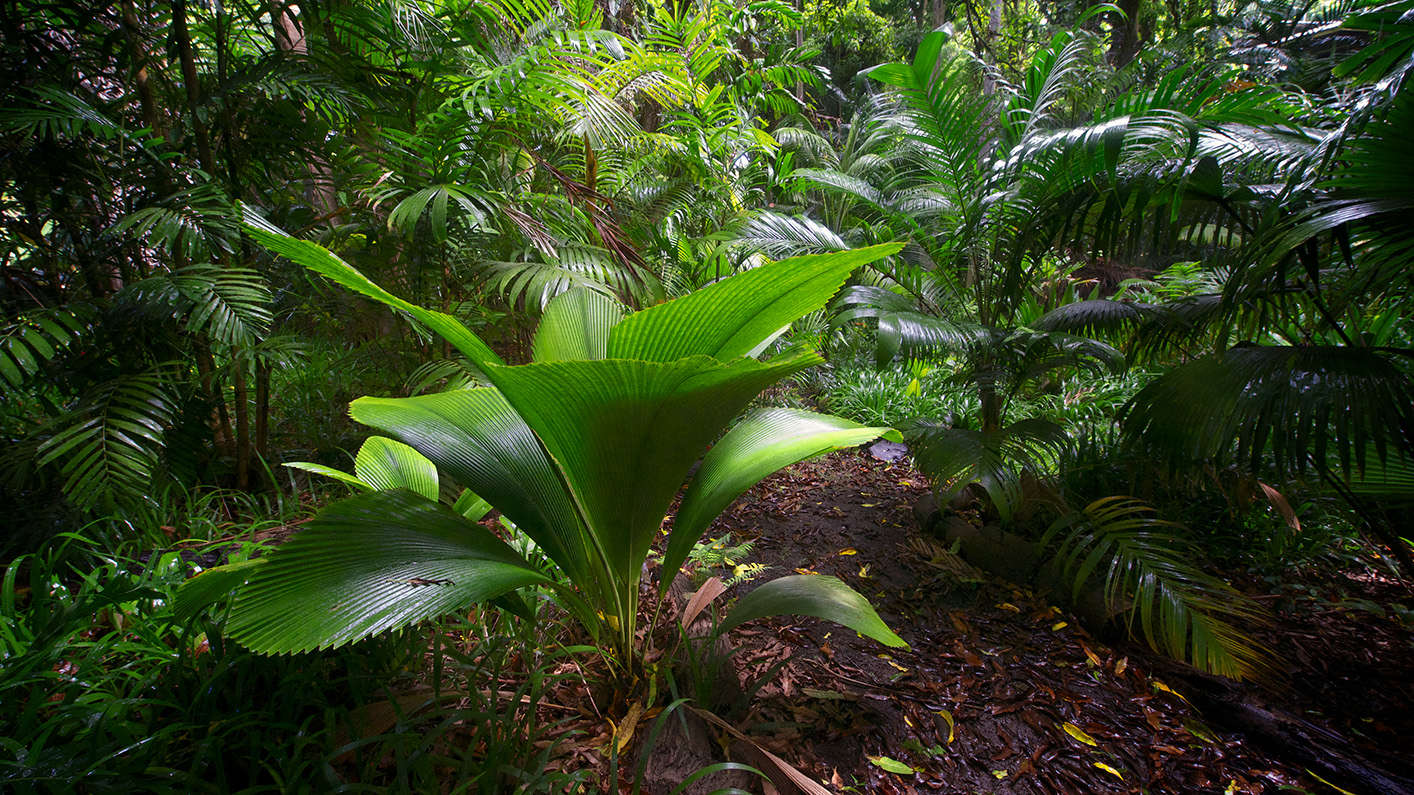 Above: Johannesteijsmannia altifons is a fan palm, native to tropical rainforests, and grows without a central trunk. 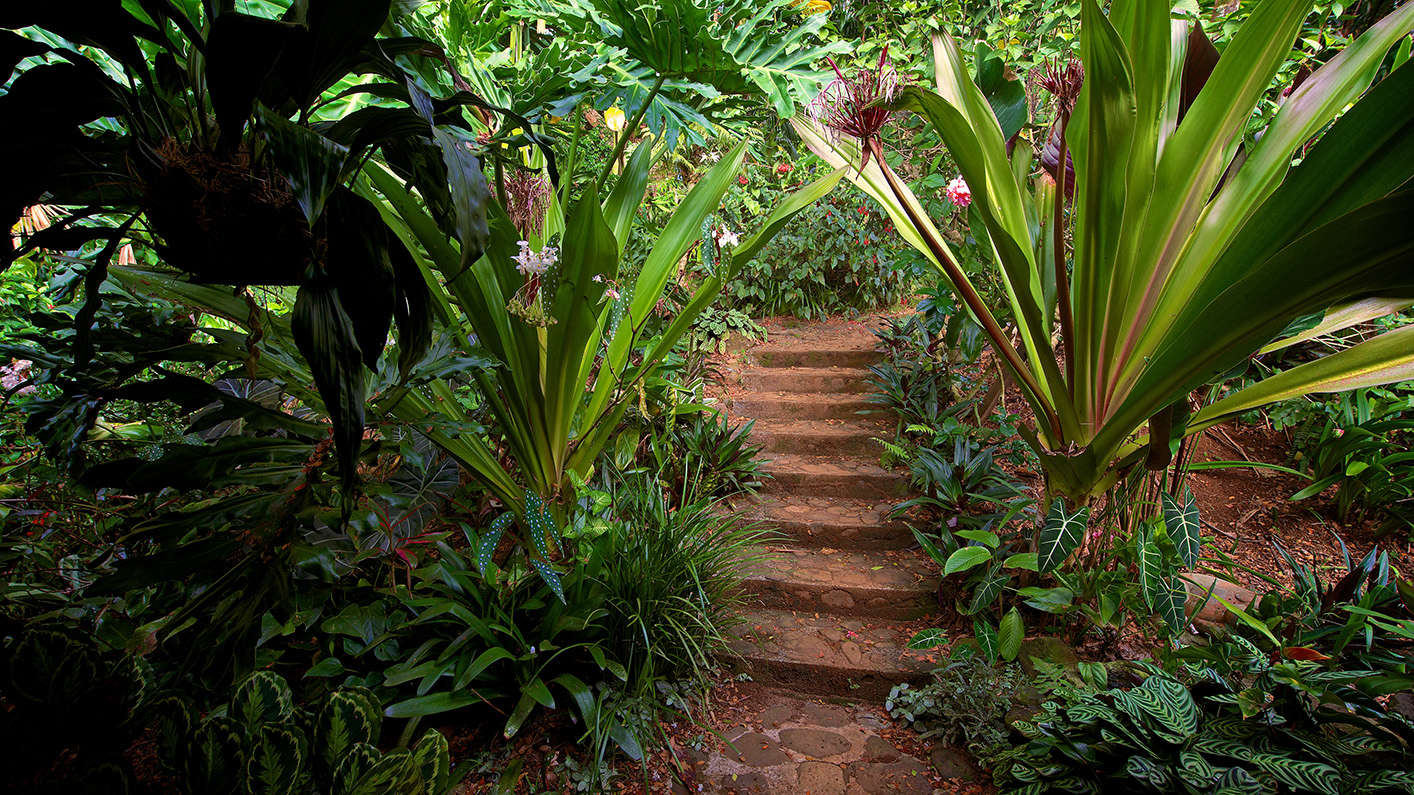 Above: Merwin introduced native species to recreate a semblance of the original landscape before it was disturbed by manufacture and development.

“A visitor to a garden sees the successes, usually. The gardener remembers mistakes and losses, some for a long time, and imagines the garden in a year, and in an unimaginable future,” writes Merwin. “There are young trees in the ground. The days are much too short, they go by too fast, and we wish for rain and the sound of water among the rocks.” 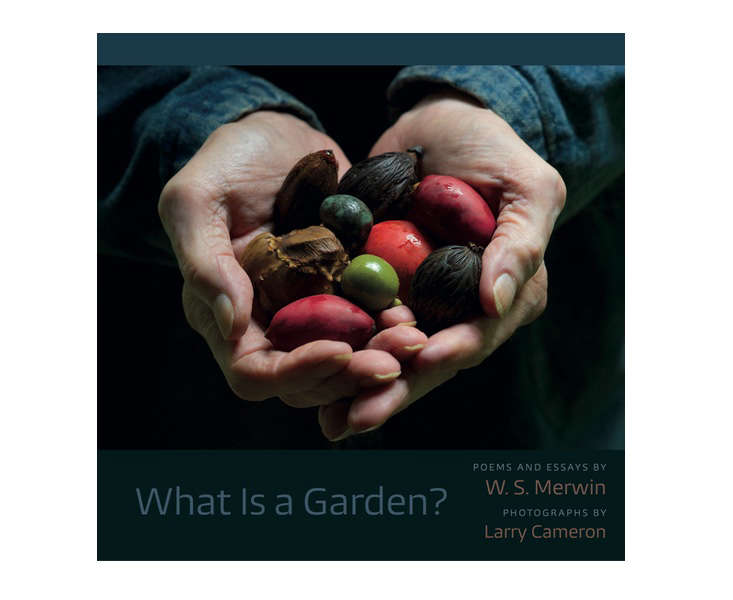 For more of our favorite tropical landscapes, see:

What Is a Garden?