Growing alongside highways, at the back of abandoned fields, and at the edges of backyards all over North America, is the beautiful, bountiful sumac plant. Resplendent in the fall with bright red bunches of fruits and dark green leaves, sumac provides a brilliant backdrop in any backyard. And you can harvest (dry and grind) the berries to make your own sumac spice, a traditional middle eastern flavoring which tastes like a subtler version of lemon and delivers a powerful antioxidant punch. 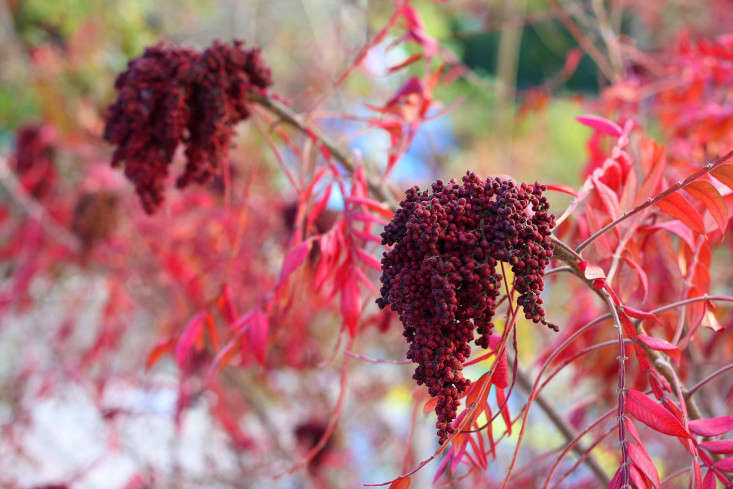 More than 200 species of sumac exist. Ornamental, tropical, and deciduous varieties abound (choose deciduous for outdoor growth in North America). If you have an existing stand in your backyard, be sure it’s not the close relative, poison sumac, which has smooth, hairless leaves and downward hanging bunches of green fruit. The “good” sumac has fuzzy, serrated leaves and upright clusters of red fruit. If it’s winter, you can tell based on where the plant is growing; poison sumac grows in wet areas, and sumac prefers well-drained soil. 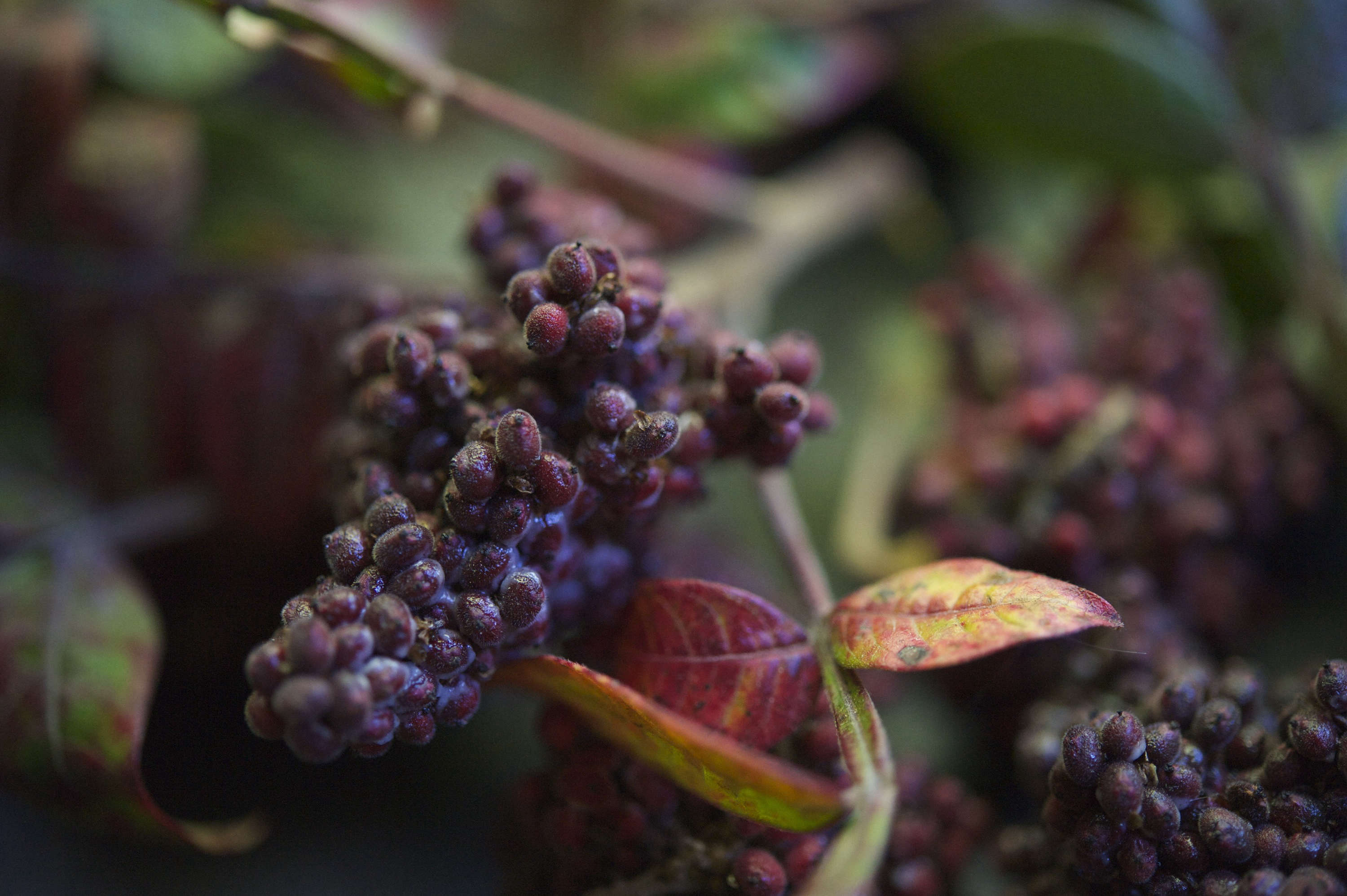 Above: Photograph by Laura Silverman. For more, see A Study in Scarlet: Foraging on Cape Cod.

You can also make your own lemonade from the berries, as well as jelly, jam, wine, and the aforementioned spice. Harvest the berries when they are fully ripe, most often in late July or early August, but before the fall rains have leached the flavor away.

Above: Photograph by Laura Silverman.

If you’re convinced to try growing this plant in your backyard, look for plants nearby and grow from cuttings. The plant is so common some people consider sumac a weed. If you don’t have any growing wild nearby, you can purchase cuttings or seeds from most nurseries. Sumac does particularly well as a windbreak along highways or coastal areas as the plant does not let salt inhibit its growth and prefers large, open, well-drained spaces. 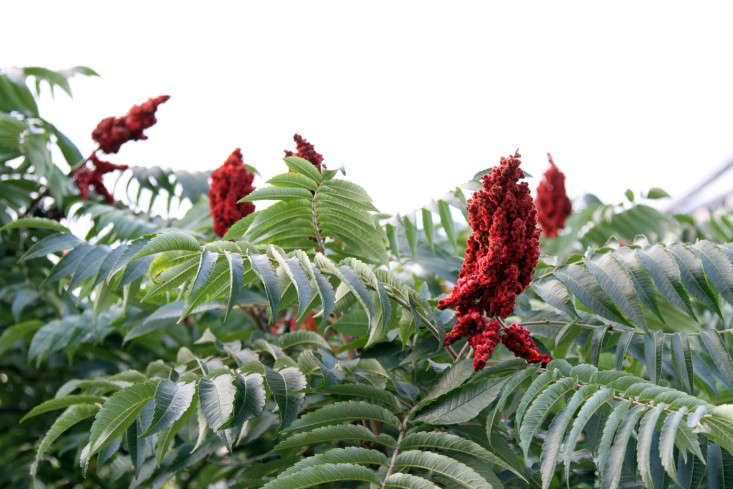 Sumac displays resplendent fall color and evergreen winter foliage. More than 300 species of birds include its fruit as a regular part of their diets, so expect some new warblers in your backyard.

For more on sumac, see:

N.B.: What’s the difference between a tree and a shrub? Learn more from our Garden Design 101 guides: