Fíªted French chef Raymond Blanc introduces this fascinating book, and his garden at Le Manoir Aux Quat’ Saisons in Oxfordshire concludes Kitchen Garden Experts. Quite right, as Blanc’s insistence on reviving the relationship between growing and cooking has changed the landscape of British food. 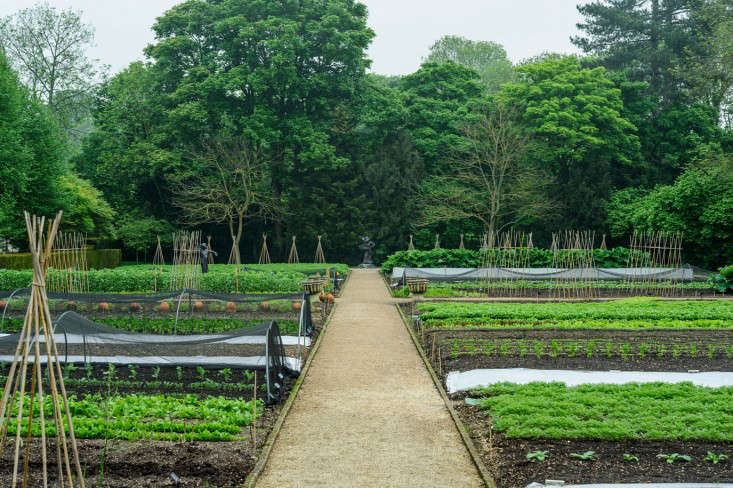 Above: Beauty in straight lines, the productive plot made by head gardener Anne-Marie Owens at Le Manoir Aux Quat’ Saisons. Neither an ethical-sustainable diatribe nor a coffee table tome, this book is really very practical. Food lovers share their experiences and tips while the photographs from Jason Ingram are reliably fresh. Although the word “expert” is not misleading, you sense that everyone is on a learning curve and there is no reason why you shouldn’t join in.

Le Manoir opened 30 years ago when the idea of flown-in and out-of-season produce was still new and exciting. Blanc struggled with this and established his kitchen garden alongside the restaurant. It doesn’t provide all, by any means, but the kitchen garden is integral to a Manoir visit. 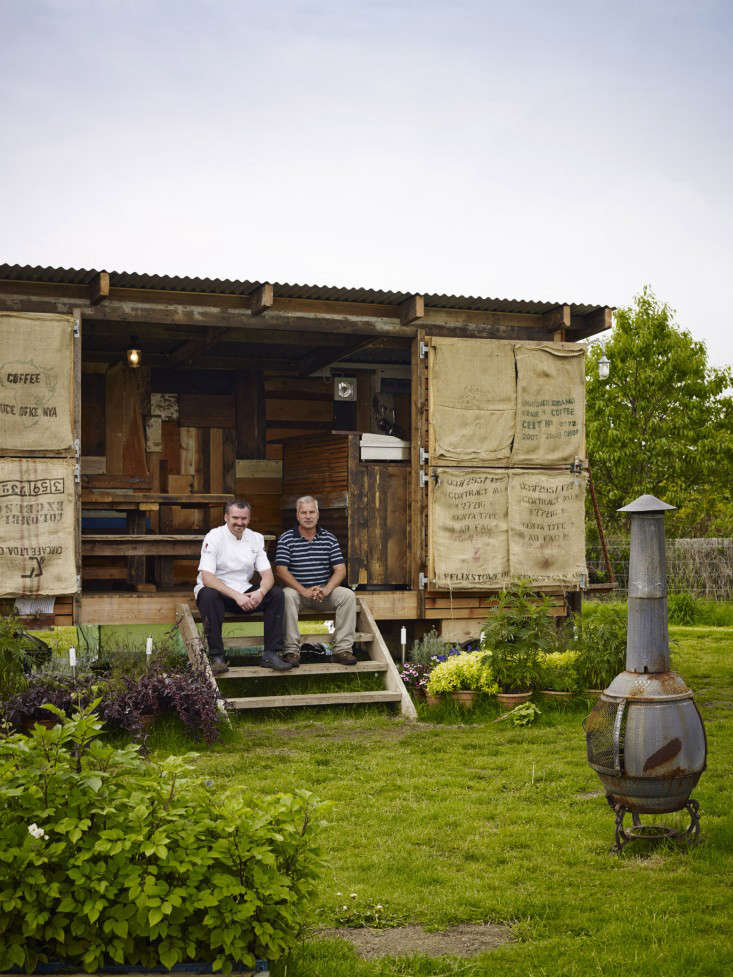 Above: Vallum Farm, Northumberland. Chef David Kennedy and grower Ken Holland sit outside “The Pod,” a wooden shed on wheels with three essentials: garden, kitchen, long table. Ken grows for various chefs around the North-East and they do guest spots at The Pod, using produce which has traveled yards, in minutes. The resident chef (above) also runs a more conventional restaurant 100 yards away called David Kennedy at Vallum.

Vallum Farm Tip: Do not overwater young vegetables; they need to build a strong root structure. 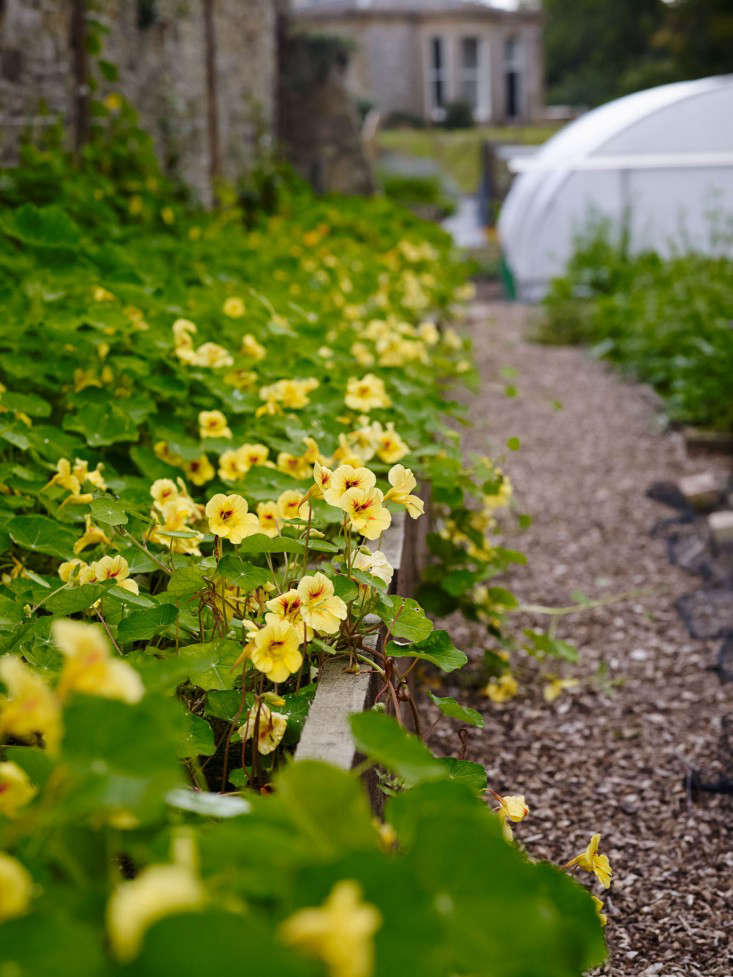 Above: Swathes of nasturtium at the Scottish Kitchen Garden. Chef Carina Contini grows produce at home with her gardener Erica Randall. It goes some way to supplying her two restaurants in Edinburgh. Nasturtium flowers are used by the chefs in salads while the leaves, which have a stronger flavor, are used in pesto.

Scottish Kitchen Garden Tip: Grow weeds (and flowers) to increase the biodiversity of your garden. 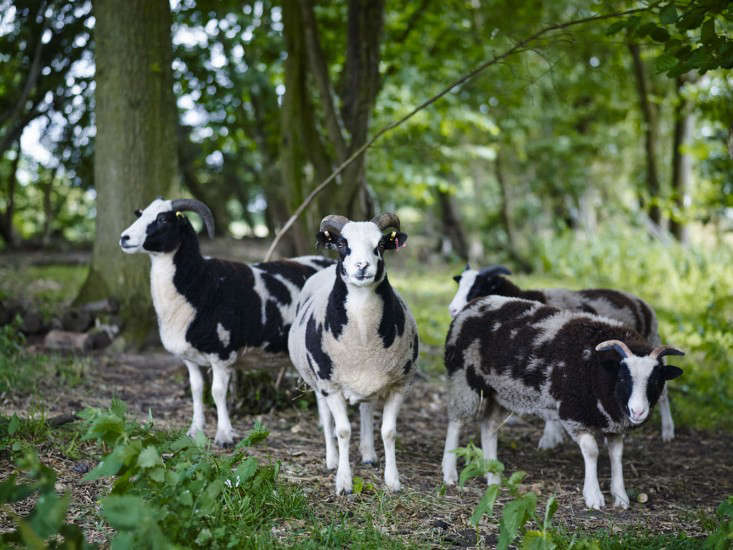 Above: Goats at The Wellington Arms, Hampshire. Not shown: chickens, sheep, and a pig. Keen gardeners Jason King (chef) and Simon Page (grower) were attracted to the large, untended plot when they bought the pub. Besides building four raised beds and creating a small orchard, they are mindful of food waste and its disposal. To this end they have eight biological digesters dotted around the garden, which convert waste into nutrients, which seep into the ground. Food scraps are fed to the animals, who provide a good source of manure. It’s a virtuous circle. 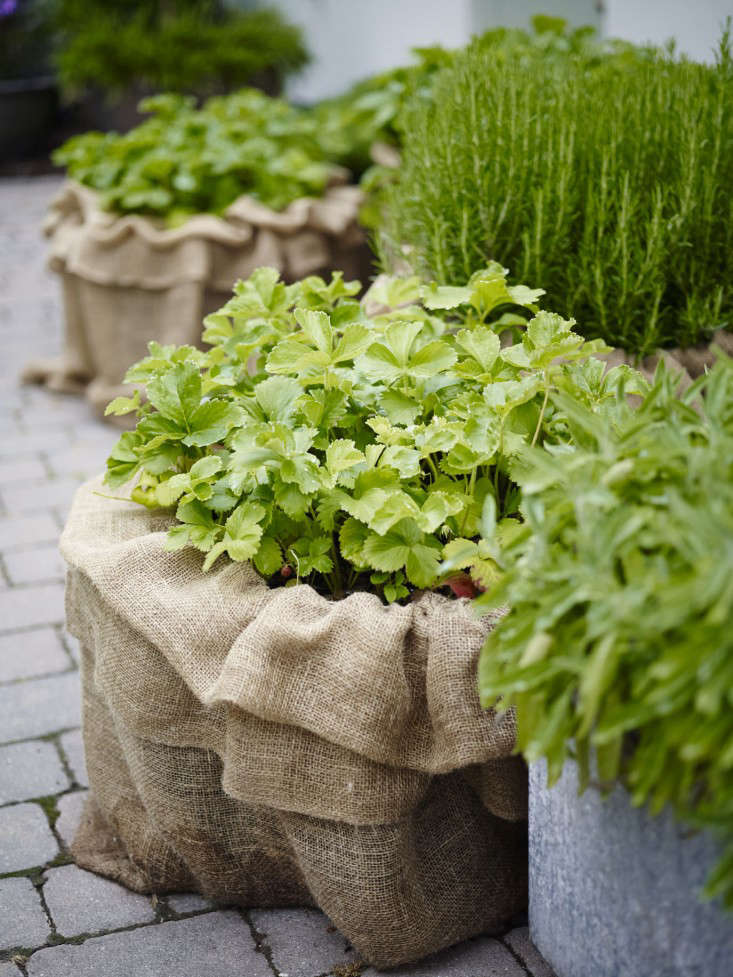 Above: The housekeeper at The Wellington Arms wraps useful but not-so-attractive plastic pots in hessian. Plastic posts do a good job of retaining moisture (this pot contains strawberries), if you can bear to live with them. Also grown in pots of oak, zinc, and terra cotta by the back door are essential herbs: rosemary, thyme, tarragon, mint, and parsley.

Wellington Arms Tip: Save space by growing tomatoes with zucchini and pumpkins. Remove the first leaves of tomatoes to a height of 12 inches, to allow light to reach the ground-dwelling cucurbits. 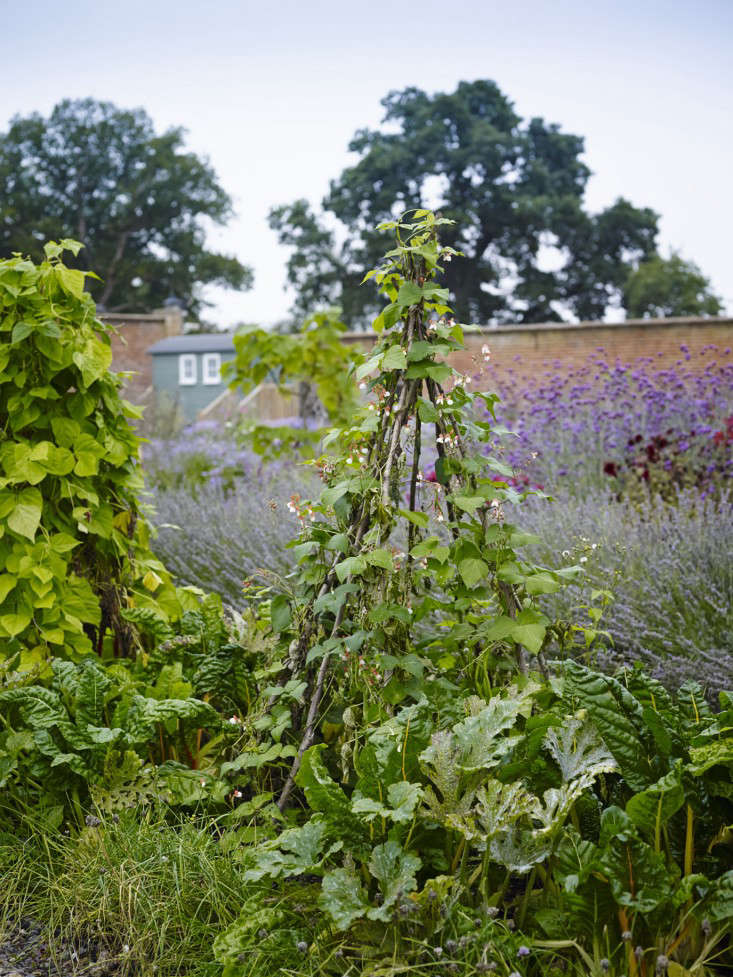 Above: Skye Gyngell made her reputation as a garden-to-plate chef at Petersham Nurseries, where she was awarded a Michelin star. Here at Heckfield Place in Hampshire, she is culinary director for a hotel with three restaurants and a further restaurant in central London. Heckfield Place is on an estate of 400 acres so it does provide, though Gyngell does not feel obliged to use only food with a Hampshire provenance. Paul Goacher is Heckfield’s grower, with 20 years of experience at the Royal Horticultural Society’s headquarters, Wisley. He makes use of the walled garden, newly planted orchard, herb garden plus a five-acre field with rows of crops grown on a rotation system. At what point, we ask, does a kitchen garden become a small farm?

Heckfield Place Tip: Apply bone meal to fruit trees in autumn; it is a slow-release fertilizer that will show its benefits in spring. 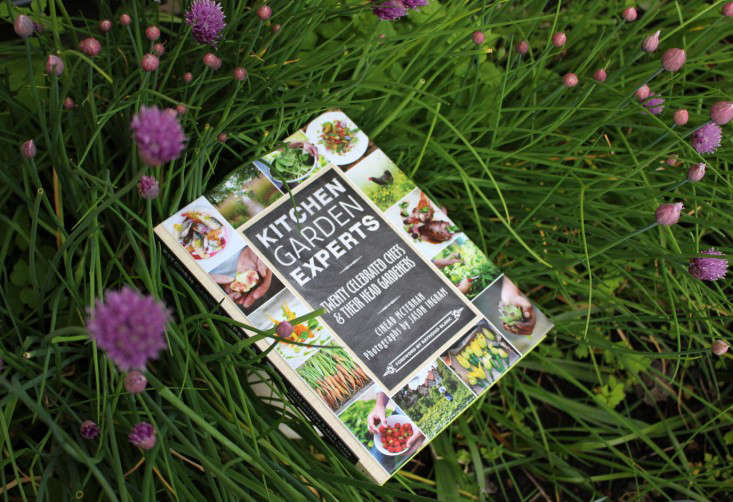 Kitchen Garden Experts: Twenty Celebrated Chefs and Their Head Gardeners is £20 from Frances Lincoln. For an early summer recipe from the book, come back later today for Peas, Ham and Cheese. Photograph by Kendra Wilson.

The Ethicurean walled garden, also photographed by Jason Ingrams, is included in this book. See Required Reading: The Ethicurean Cookbook.

Recipe: Peas with Ham and Cheese from Kitchen Garden Experts