A long lunch at The Ethicurean restaurant is taking the idea of seasonal, local eating to heart. Ensconced in an aging glasshouse in a walled garden near Bristol, one eats what one sees and then some. Set up by four young friends only a couple of years ago, The Ethicurean has won impressive awards and a loyal following. Now comes the cookbook, with a fetching cloth-bound cover, and pictures by our favorite West Country photographer, Jason Ingram.

Above: Winter in the walled garden, which is part of Barley Wood estate, in Somerset.

A definition of “ethicurean” at the beginning of the book sets us on the right track: “The pursuit of fine-tasting food while being mindful of the effect of one’s food production and consumption on the environment.” 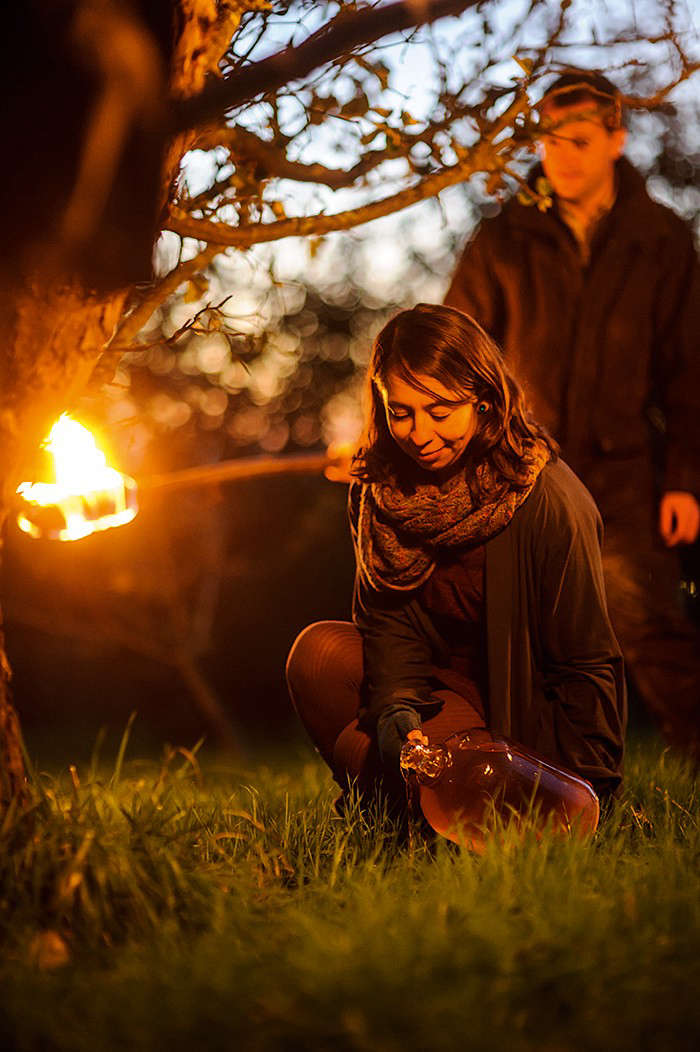 Local rituals and ancient festivals are revived and given new life in the walled garden and orchard. “Wassail” is one of those murky celebrations which people confuse with drunken carolling. In fact, it is a pagan festival involving tree spirits and orchards and it begins at dusk, outdoors, at the coldest time of year. The Wassail Cup is still key, but instead of mulled cider the spirits are toasted with Lamb’s Wool, an all-but-forgotten mix of ale, puréed apple, and spices.

Other social events in the garden include Summer Solstice and the recently honored Day of the Dead. 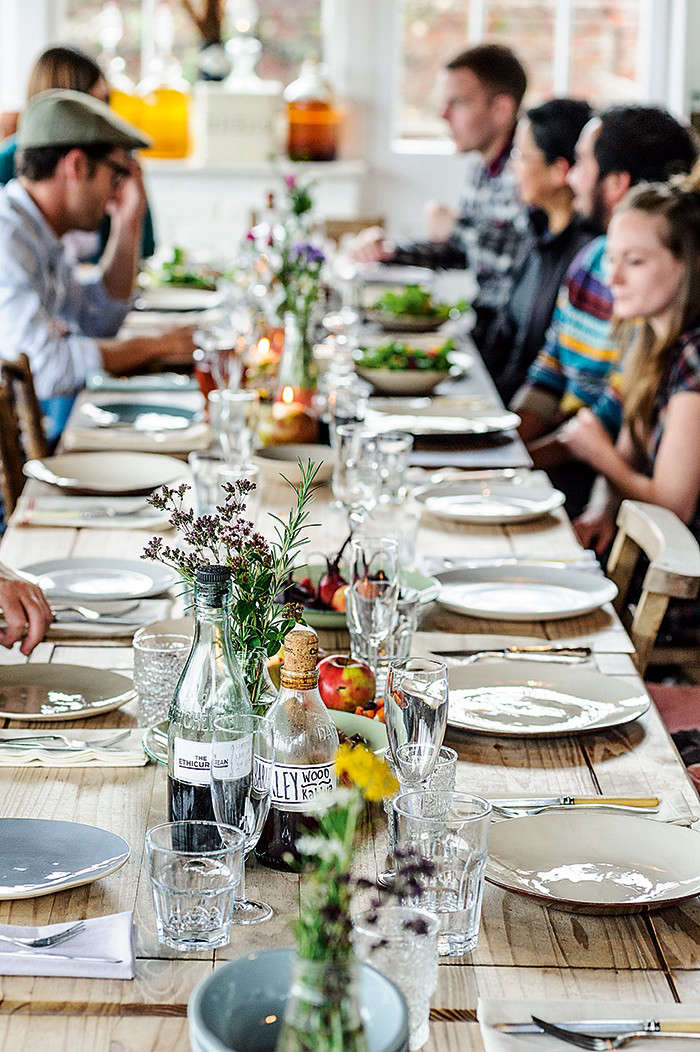 Above: Diners sit at long tables but similarities to a cafeteria end here.

Ever wondered about “hung beef”  or whether there is any point in making real custard; why salt marsh lamb is said to be so special; what oaked vermouth is and how to oak it? These questions and more are discussed and yet the book is not a massive tome. It’s perfectly readable in bed.

Above: Pineapple, Turmeric and Ginger Glazed Ham with “Piccalilli.” This is a winter dish, using Caribbean pineapples (in season in December). “Try to find fair trade fruit that smells sweet at the base.”

British Piccalilli is a different beast from the American version, shaped by cauliflower florets and colored by turmeric. It has connotations of India, the Empire, and holiday shopping at Fortnum and Mason. However, revived with some West Country air, it becomes altogether more intriguing. 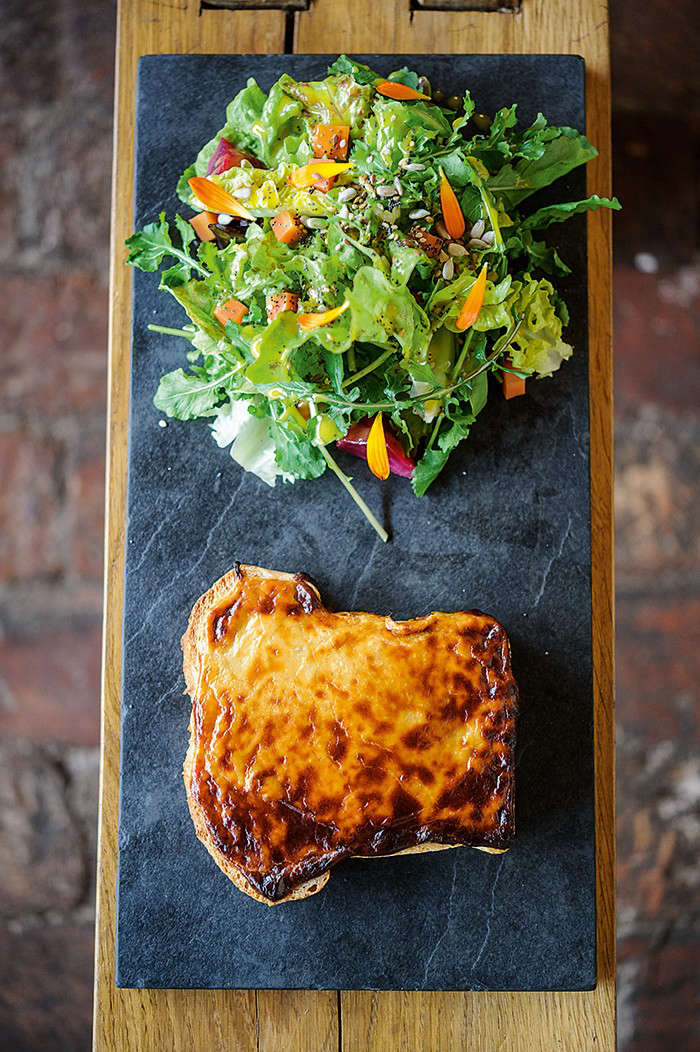 Above: An Ethicurean staple, Caerphilly and Cider Welsh Rabbit. This recipe looks west towards Wales in its choice of cheese and is paired with local medium-sweet cider. “While beer would dominate this cheese’s citrusy and mushroomy earthiness, the cider sings in chorus.”

Above: The restaurant works in tangent with the expertise of head gardener Mark Cox. Barley Wood Walled Garden is also home to workshops and courses; the garden is open every day.

Above: “Ethicureanism is a new British cooking manifesto.” The Ethicurean Cookbook is £25 from Ebury Press. For a classic cocktail recipe from the book, see The Ethicurean Apple Flip.

Love walled gardens? See One of the Finest Examples of a Walled Garden in the Land.

An Alpine Hut That Bends the Rules