A few days ago, Louesa Roebuck (our renegade florist friend) and I piled into a car and headed to the leafy suburbs south of San Francisco to see another friend, artist Sara Carter. Her garden was packed full of camellia, rhododendrons, and dogwood, making it ripe for the picking. The prior owner planted this garden 80 years ago, and it has pretty much remained the same ever since. We set Louesa loose. 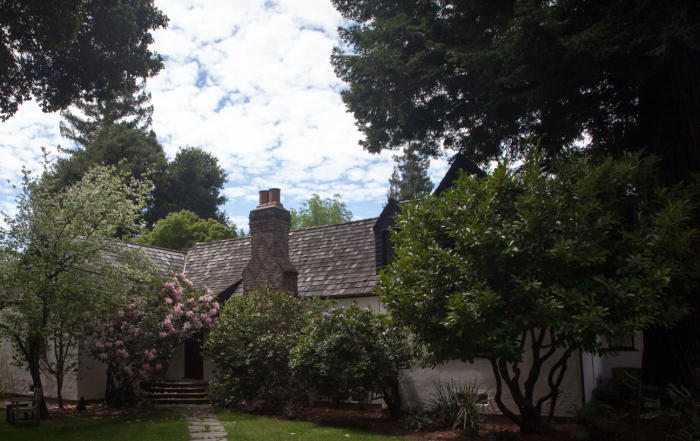 Above: A dogwood tree and a rhododendron bush line the pathway, with Louesa inspired by the latter’s “Indian, Kipling-esque flowers, with their explosion of pink.” 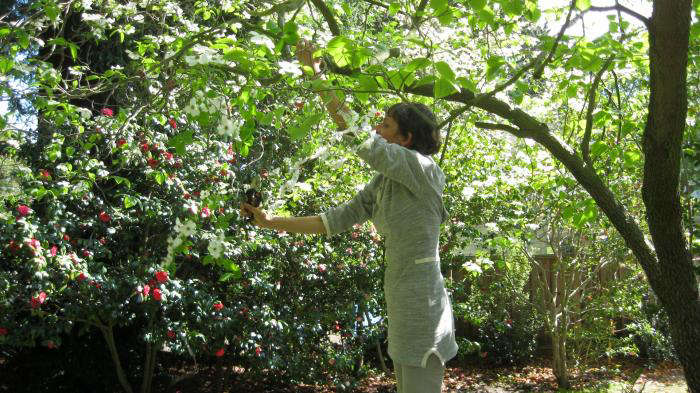 Above: Louesa tackling the dogwood. She likes to cut from beneath, as the flowers tend to be less sun-damaged (especially late in the season). 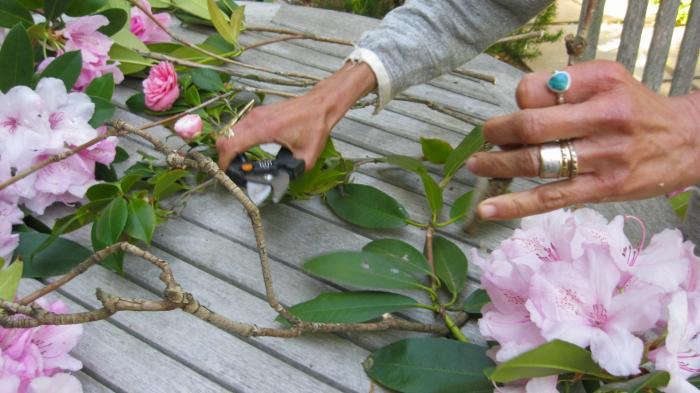 Above: Louesa cutting back the rhododendron branches. She notes that “people have very delineated ideas about what is an outside shrubbery or tree and what’s a cutting flower. They tend not to cut these, but I love the pink pompon-like flowers”. 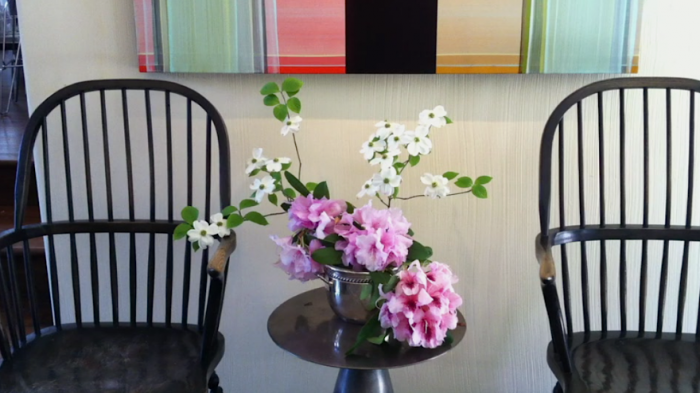 Above: Rhododendrons mixed with dogwood, displayed below one of Sara Carter’s paintings from the Grid Series. 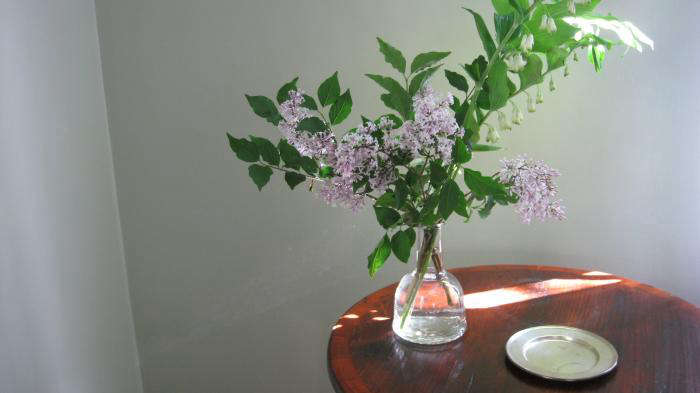 Above: Louesa, who found some hardy dwarf Korean lilac with lavender flowers tucked away in a corner, says, “This is one of the most wonderfully fragrant lilacs.” Solomon’s Seal, picked up from a friend’s garden en route, proves a perfect addition. 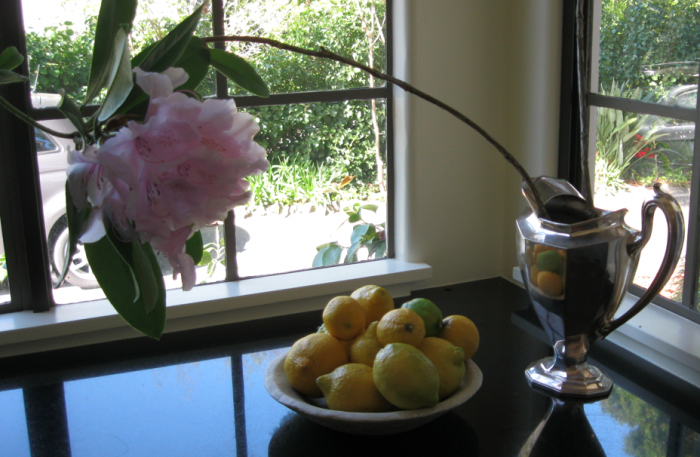 Above: Louesa is partial to the sweeping curves of the rhododendron branches. 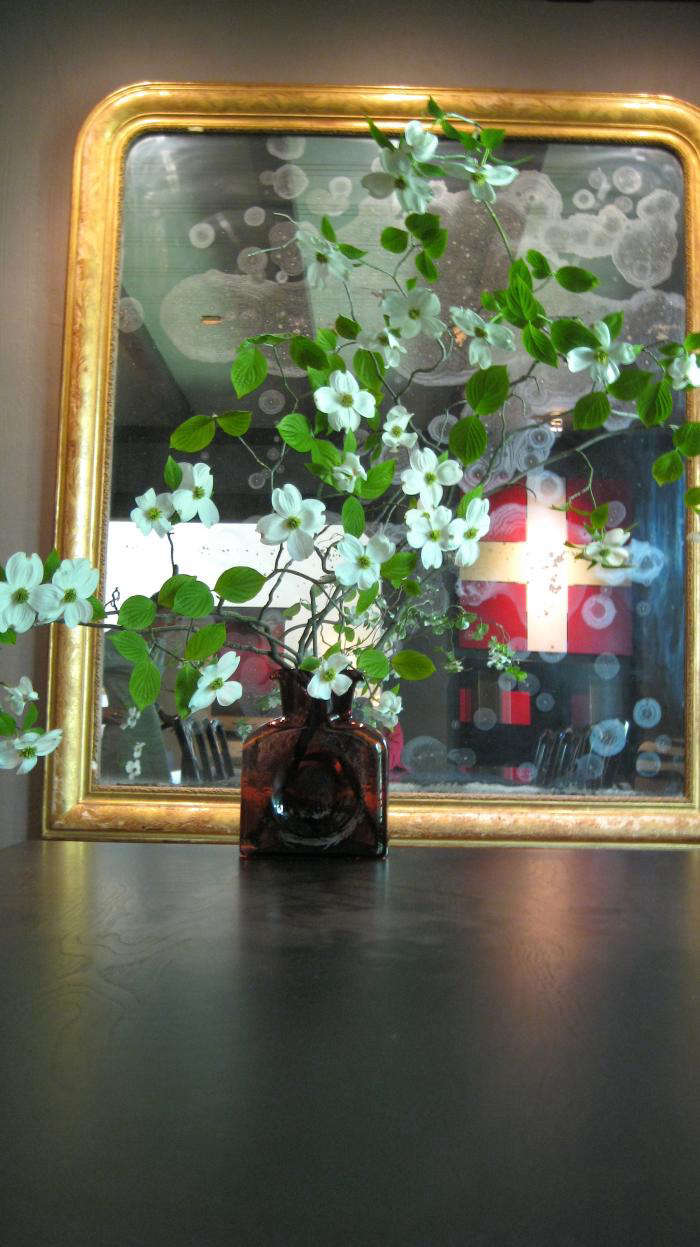 Into the Woods: A Fairytale Garden Pod at the Chelsea Flower Show