Here at Gardenista, we like to believe in miracles. Enter moringa.

Dubbed the new miracle food, Moringa oleifera has farmers and international aid groups excited that it could help eliminate widespread malnutrition in developing countries. Moringa leaves are indeed chock full of vitamins A, C, and B, as well as being a mineral-rich source of iron and calcium. But wait, there’s more. Moringa is unfussy about growing in arid, dry soil.

Hector Tejada, a farmer from New Paltz, New York, first encountered the tropical plant in the Dominican Republic where he grew up. He’s been growing an annual variety of the plant and selling the goods at his stand at the Fort Greene Farmers’ Market in Brooklyn. I needed to give it a try.

This is how the world’s healthiest spaghetti was invented (read on for ingredients and step-by-step instructions): 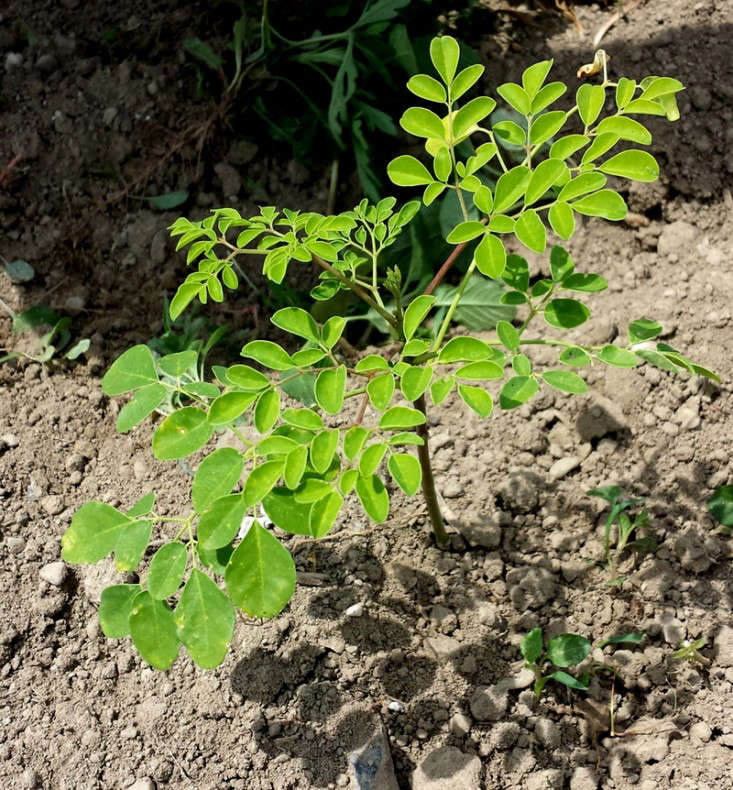 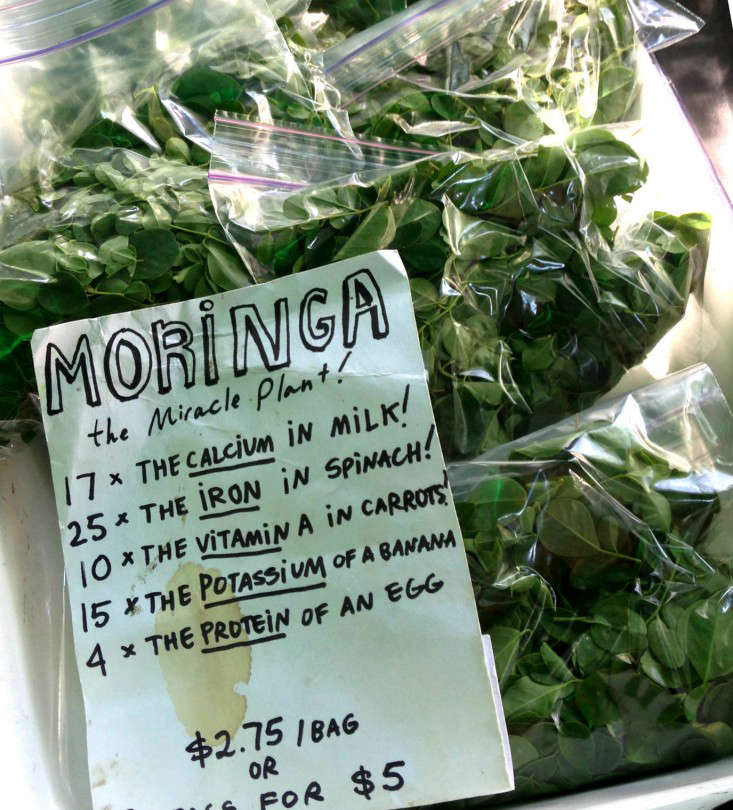 Above: Hector Tejada sells moringa at the Fort Greene Farmers’ Market for $2.75 per bag. 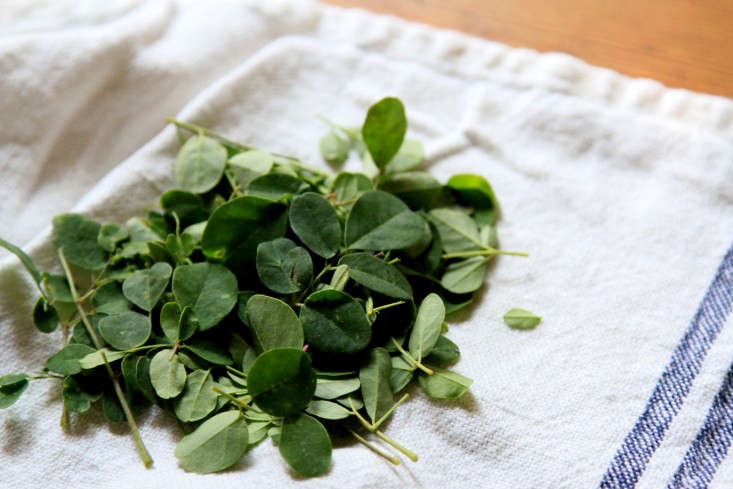 Above: Stripped from their stems, moringa leaves make the perfect confetti-size addition to just about anything. I’ve been sprinkling the earthy tasting leaves on my meals all week and feeling virtuous. 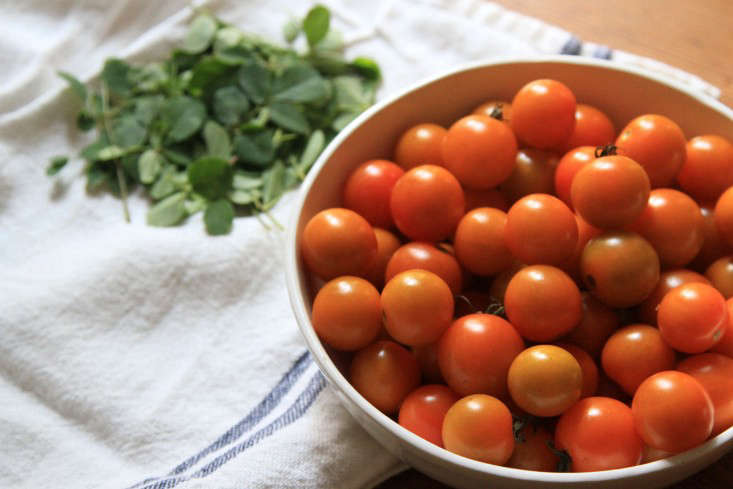 Above: Sungold tomatoes in my house usually don’t make it into recipes because I’ve eaten them all first. Last week, we had surplus, so I slow roasted a batch to add to a spaghetti dinner. 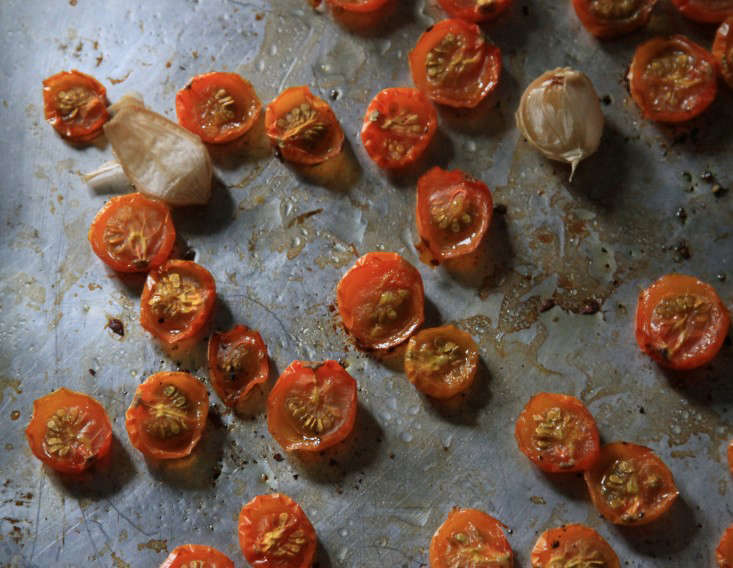 Above: Drizzled in olive oil and tossed with salt and pepper, these tomatoes roasted at 250 degrees for a little less than two hours. 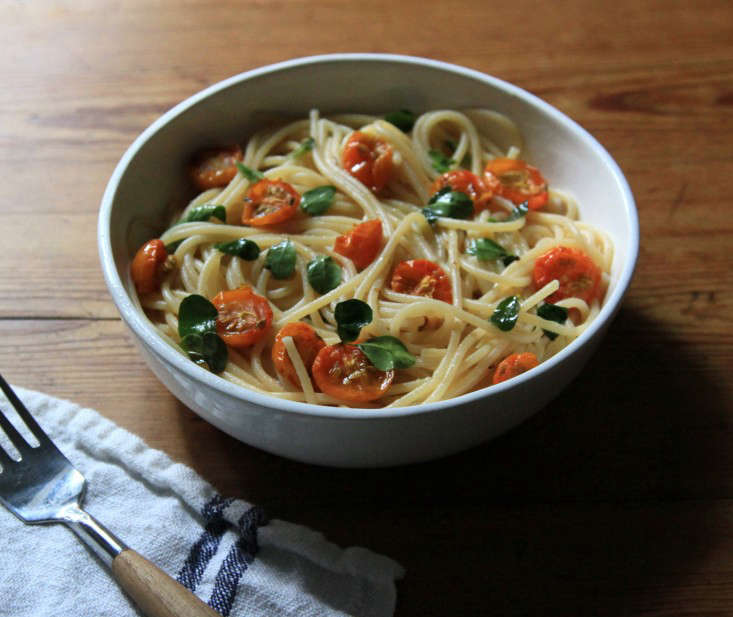 When it comes to spaghetti, I like my flour white. I know I should embrace the healthier whole wheat options, but with moringa around, I’ve decided that a healthy sprinkle is all I need to round out the meal. Here’s a simple recipe for celebrating the last few weeks of summer.

Slice sun-gold tomatoes in half, sprinkle with salt, pepper and olive oil and roast at 250 degrees for two hours or until the skin appears shriveled (for added kick, roast a few cloves of garlic, too).  When the tomatoes are nearly ready, boil water and cook pasta until al dente. Reserve a cup of cooking water before straining the spaghetti. Return spaghetti to the cooking pot and mix with roasted tomatoes and a 1/2 cup of moringa leaves. Allow the hot spaghetti to wilt the moringa and add reserved pasta water as needed. Finish with a drizzle of olive oil and season with salt and pepper to taste. Serve warm with a shave or two of Parmesan cheese. 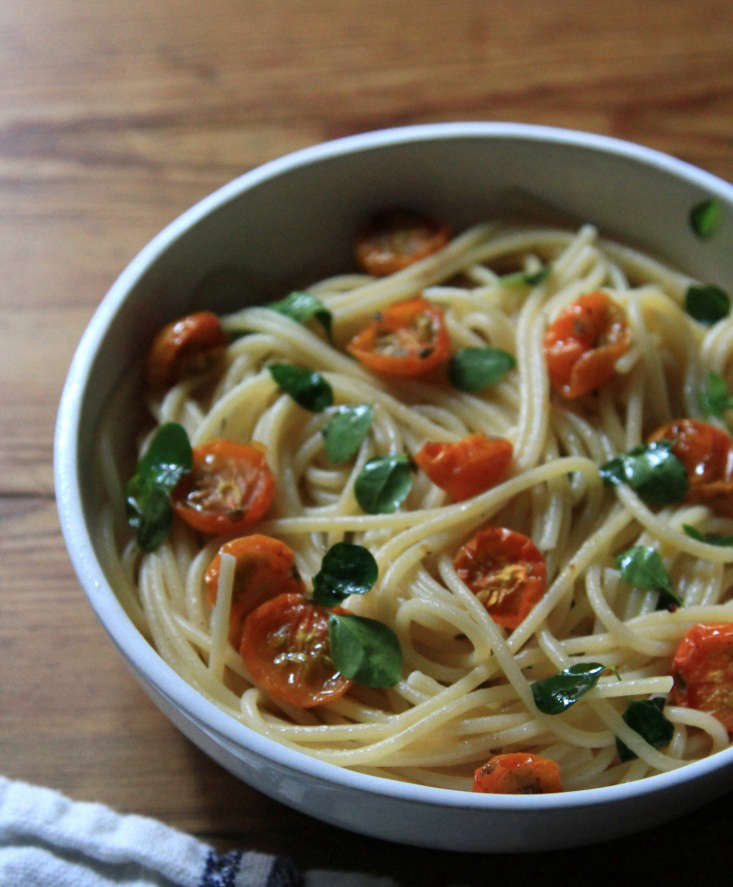 For more of our favorite dinners, see our complete list of Garden-to-Table Recipes.

Nude Gardening and Prickly Pears: Wilder Quarterly Has It All