Dutch garden designer Martin Veltkamp, known for creating tranquil landscapes composed around distinctly geometric forms, created a modern minimalist garden to surround a large villa in the Netherlands. The classic elements of the design could be translated, in a smaller scale, to nearly any garden:

Photography courtesy of Martin Veltkamp. You can also visit him on Facebook. 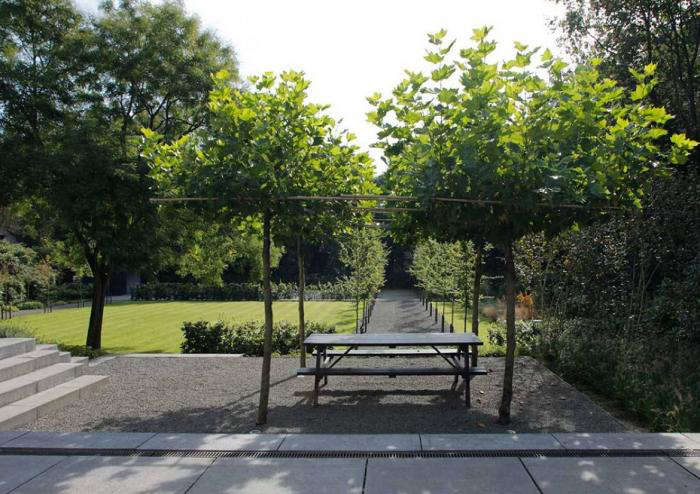 Above: Geometric lines and planes—create a dramatic backdrop for a picnic table and plantings, including an allee of carefully pruned trees, a grass lawn, and boxwood topiaries in the distance. Right angles form a grid against which the plants can relax. 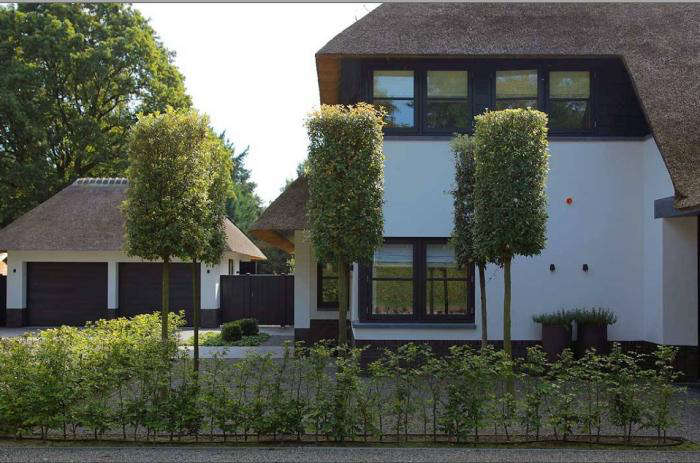 Above: More topiaries punctuate a patio area adjacent to both house (R) and garage (L). Shape and texture create a language for this garden, which exhibits Veltkamp’s predilection toward using the “non-color” of green. 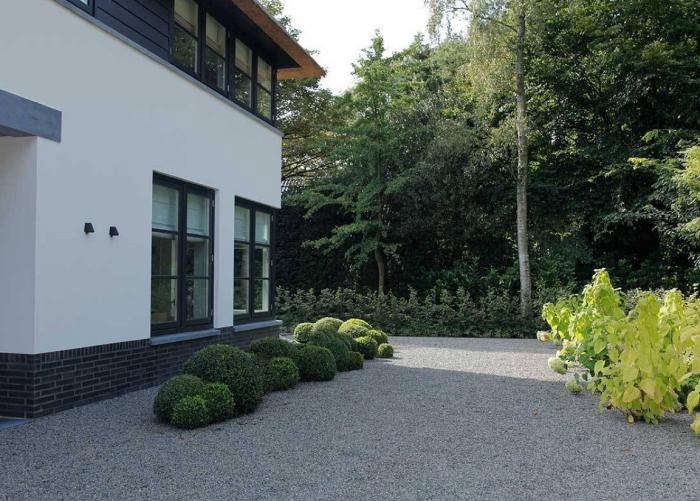 Above: An undulating hedge of precisely pruned boxwood looks like an outcrop of rocks in a sea of crushed bluestone.

For more garden design from the Netherlands, see Garden Visit: A Dutch Master in Yorkshire. 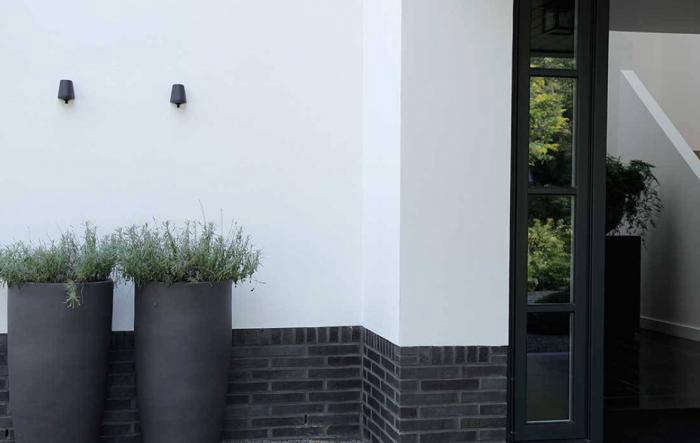 Above: Veltkamp also designs furniture and accessories, including planters, for his gardens. 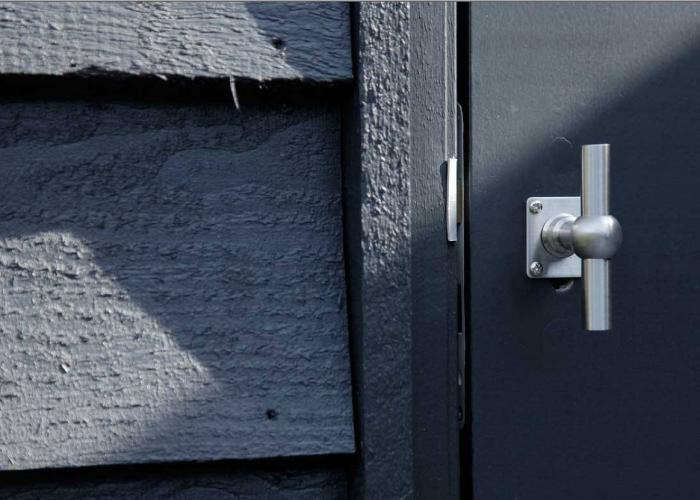 Above: Veltkamp, who studied garden and landscape architecture at the Rijks Hogere School voor Tuin- en Landschapsinrichting in Boskoop, prefers the “non-color” of black as a backdrop to greenery. 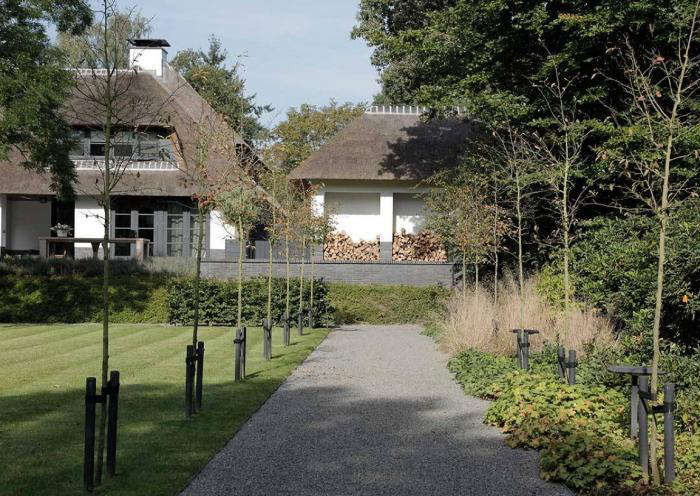 Above: Firewood is stacked against the house at the end of a gravel path. 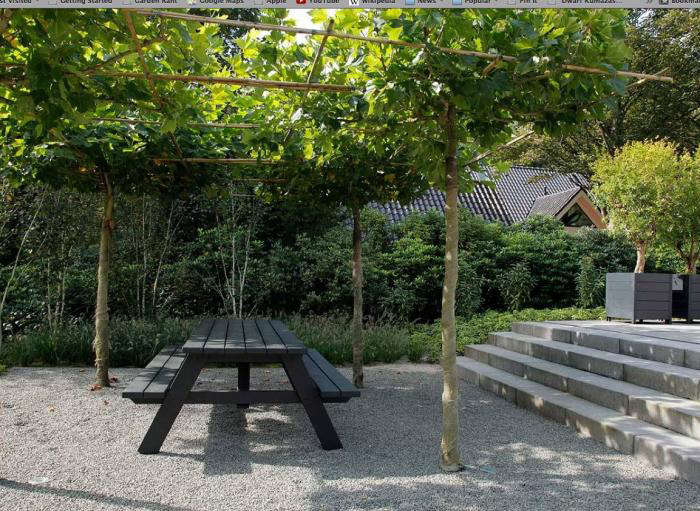 Above: Quarried bluestone steps and pea gravel create a unified palette punctuated by a black picnic table and planters (designed by Veltkamp). 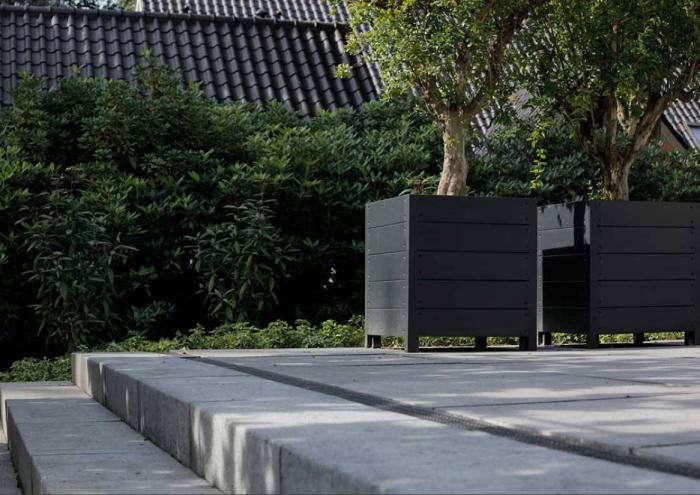 Above: The planters have been painted to match the trim on the house. 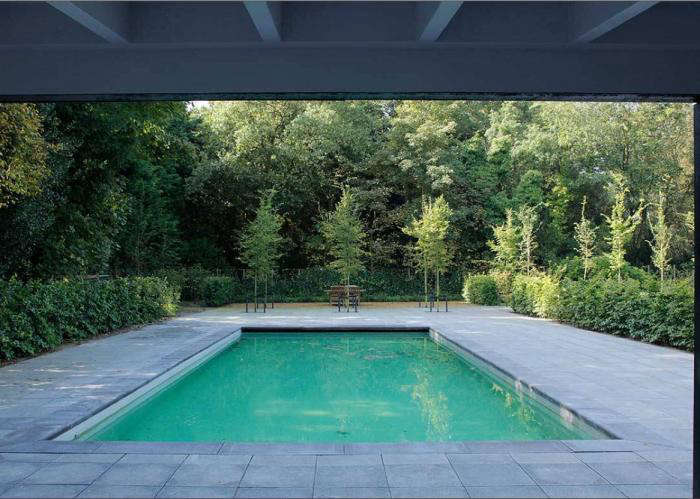 Above: The view from the house: a swimming pool surrounded by bluestone pavers and layers of green texture. 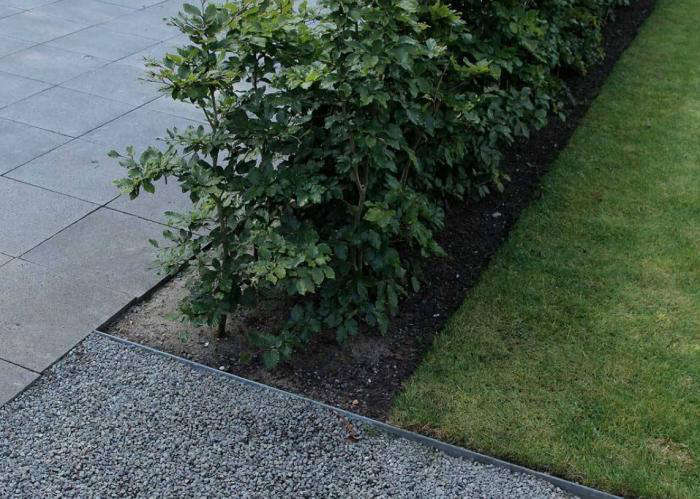 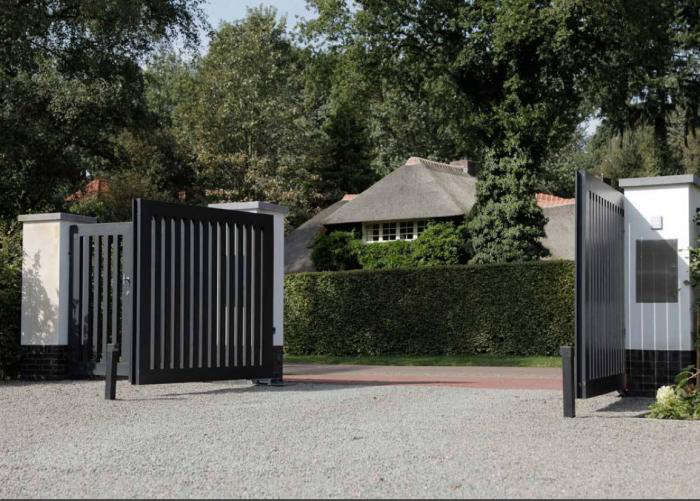 Above: Inside the fect, a second “fence,” created by a tightly pruned hedge of shrubbery.

Ready for a more colorful design? For a Dutch garden saturated in color, see Easter at Villa Augustus in the Netherlands.

Before & After: DIY Above-Ground Pool Makeover

Stroke of Genius: A Swimming Pool with Beautiful Views in the Berkshires