A few years ago, a county parks department in Washington state sponsored a contest that sounded like something Amy Poehler would dream up on Parks and Rec: Transform a surplus cargo container into a permanent campground cabin. And make it cozy.

The winner, Seattle’s HyBrid Architecture, already had a Cargotecture line of repurposed shipping containers–one of them had been installed on the Sunset Magazine campus in Northern California as the 2011 Sunset Idea House. HyBrid’s award-winning cabin for Kings County’s Toit-MacDonald Park campground was designed to sleep four and has a kitchenette. And it’s portable, so it can be moved to different locations in the county’s 26,000 acres of parkland.

Above: This Cargotecture cabin is used as a guesthouse on a rural property near Seattle. Says HyBrid’s principal and co-founder Joel Egan, “These containers are fun, emotional, curious, and durable.” Image via HyBrid Architecture. 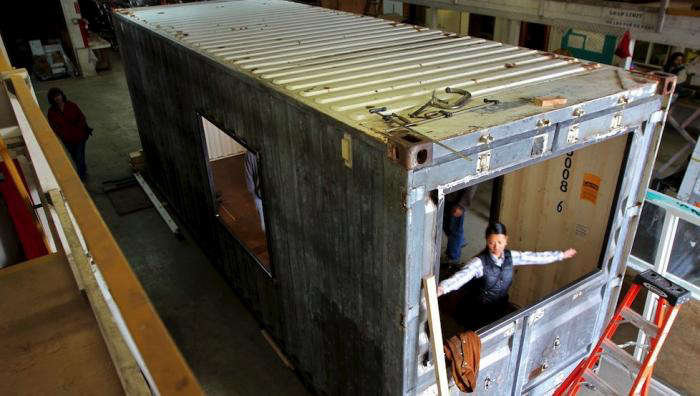 Above: A former cargo container on its way to becoming a cabin: The windows have been cut, the door installed, and the exterior cleaned. Next the interior will be framed and windows installed. Image by <href=”http://www.flickr.com/photos/kingcountyparks/7310379114/” target=”_blank”>Kings County Parks, via Flickr. 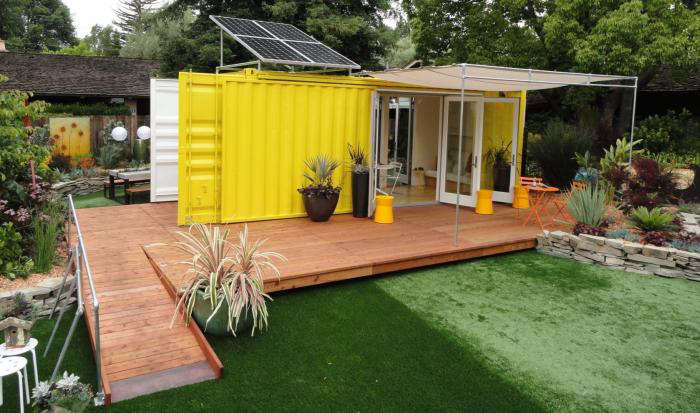 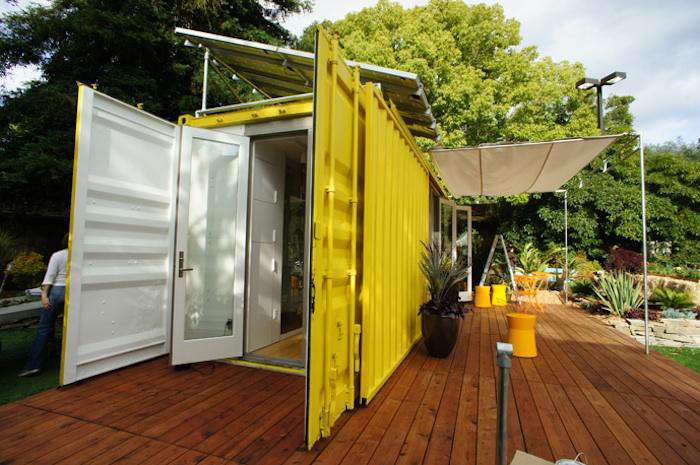 Above: The doors on the Sunset Idea House open onto a deck, and let air and light flow through. Image via Sunset. 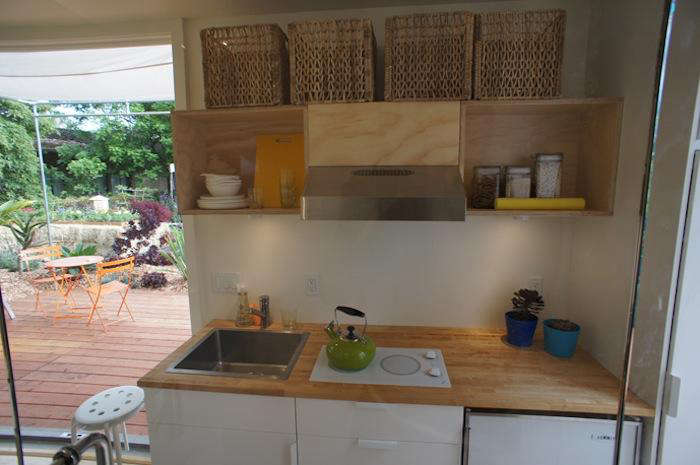 Above: The C192 has a small kitchen, a living space, and built-in beds. Joel Egan describes it as “a rough shell on the outside, comfortable space on the inside.” Photograph via Sunset.

Steal This Look: The Spirit of Provence in a Walled Belgian Garden

Outbuilding of the Week: A Shipping Container Transformed Into the Ultimate Holiday House