The creativity of French landscape designers Arnaud Maurières and Eric Ossart is almost overwhelming. They were already ahead of the game when they gave us the style called le nouveau fleurissement (the new flowering) 30 years ago. Then they headed south to the Riviera before relocating to Morocco. Now, at their most recent garden project in France, La Noria, they’re telling us what they know about heat and water:

Above: This watery place is in the Langedoc-Roussillon region, in the South of France. It was named after an old irrigation system on the property called the “noria.” The La Noria Garden and its sculptures are open to the general public a few days a year, and for prearranged group tours from April to September. 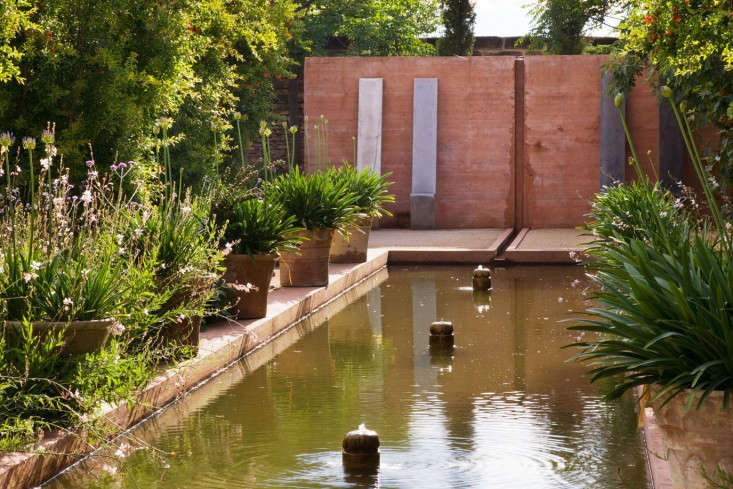 Above: Though the garden’s ancient irrigation system still works, it has been supplemented with a series of pools and rills. Pots of agapanthus line the edges of this pool, and the beds are planted with iris. 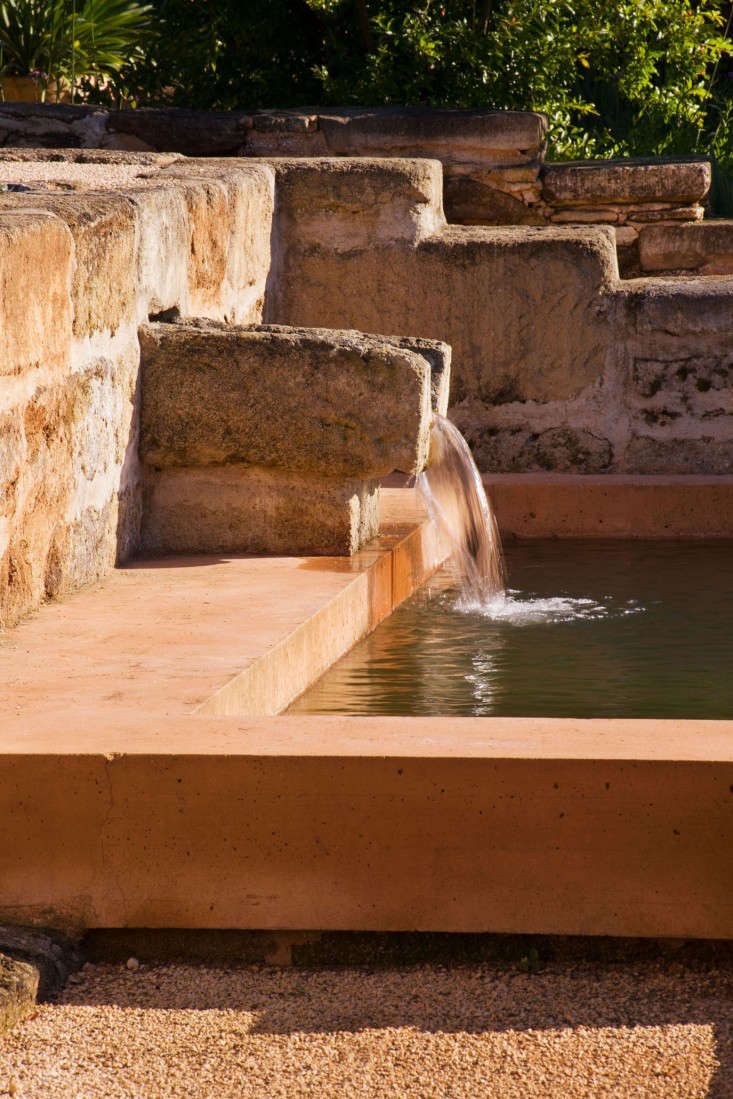 Above: A fountain’s old stone is combined with new concrete, washed in just the right color.

Since moving their offices from France to Morocco, Maurières and Ossart have added Islamic influences to their approach to garden style. Today their work is mainly concentrated in North Africa and Mexico, and they’re also inspired by the work of Mexican architect Luis Barragán. 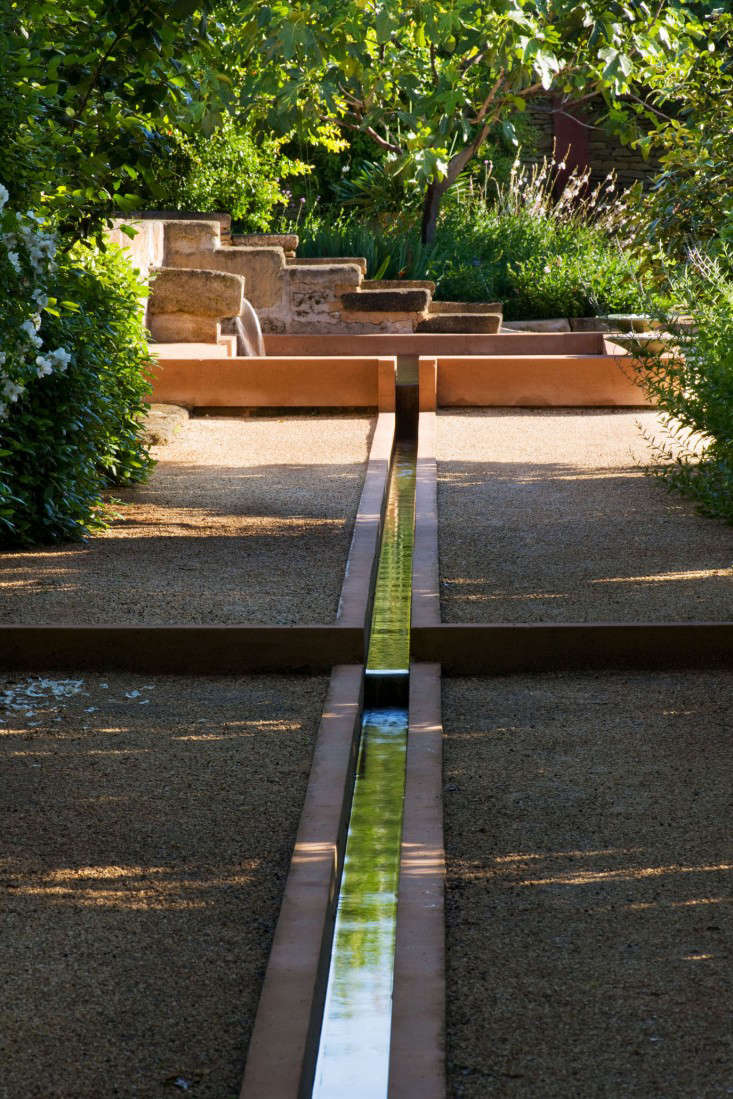 Above: A manmade stream at La Noria flows from the stone fountain and down the Allée des Cypres, a shady, cypress-lined enclosure in the Water Garden. 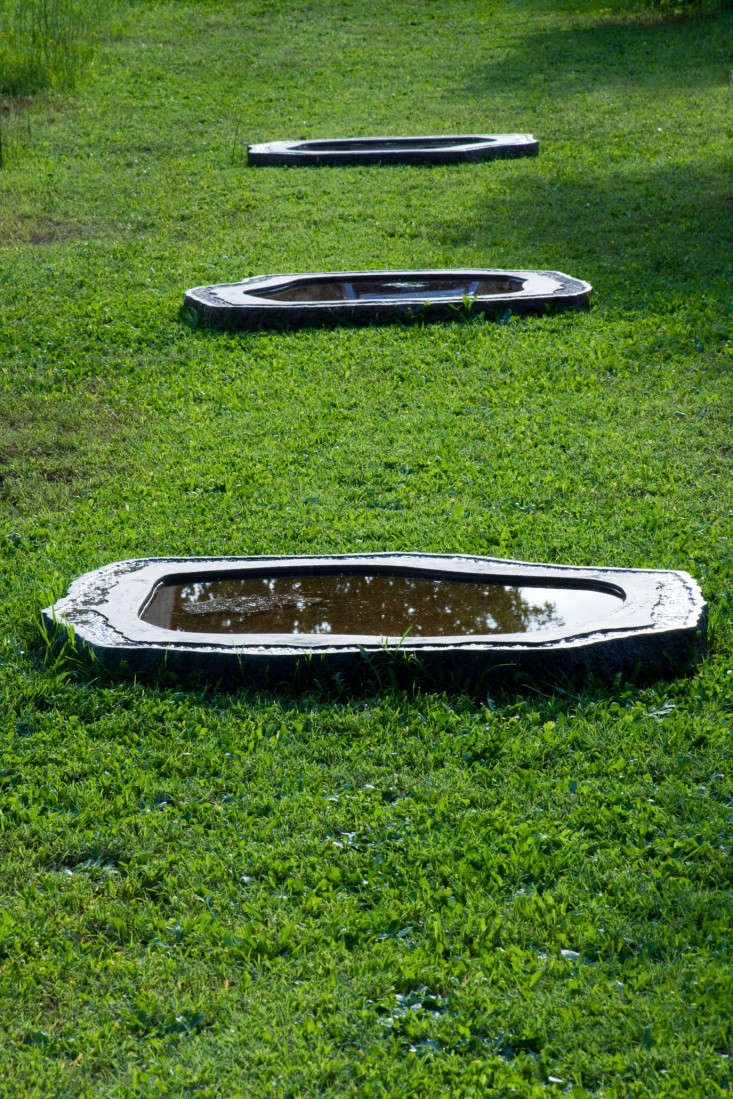 Above: These pools follow the path in another area, the Sculpture Garden. Sculptor Henri Olivier calls them “Miroirs de l’ombre” and “Miroirs de l’eau” (mirrors of shadow and mirrors of water). 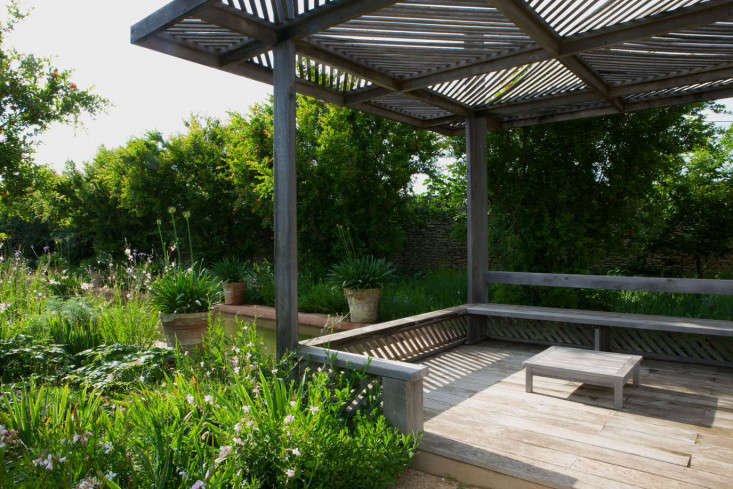 Above: A wooden deck called the kiosque provides some shade by the pool.

Thirty years ago, Maurières and Ossart conceived le nouveau fleurissement as an alternative to the mainstream formalism of the day. The idea behind their planting combinations–grasses with vegetables, annuals with herbs–was to mix whatever they could find that would grow happily within the given conditions. They went on to found a gardening school for Mediterranean planting, run a specialist nursery, and become pioneers in the first plant fair at Courson, which now is world-renowned. 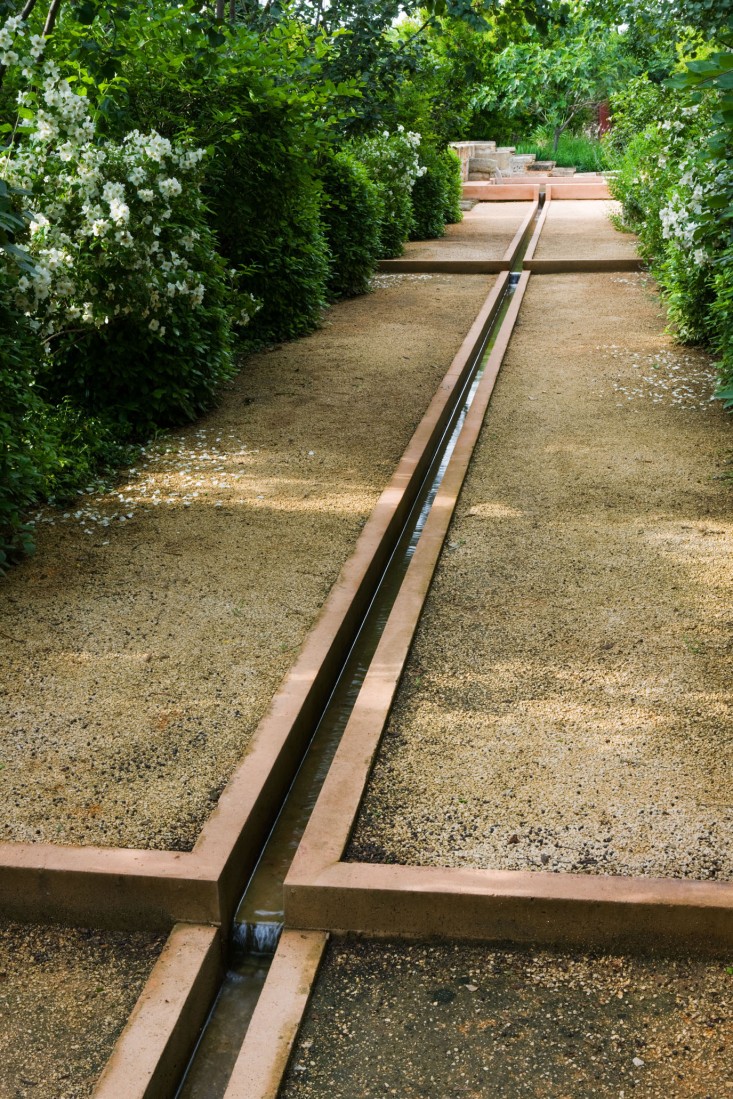 Above: This French garden was designed after the pair moved to Morocco. That influence shows in the clean-cut geometry that has been added to the ancient water system. 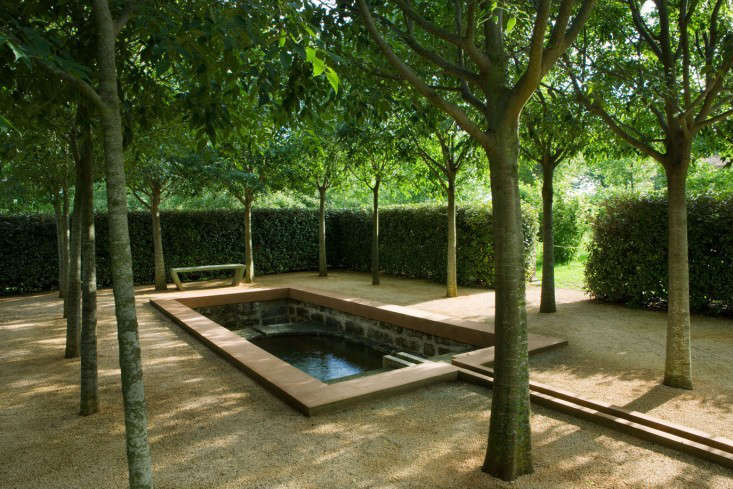 Above: These days, Maurières and Ossart still design gardens, but they’re designing buildings as well. Their experience in Tunisia and Morocco has led to an appreciation of spaces as a whole, with rammed-earth houses closely linked by pools and trickling water. During their travels they find plants that favor hot, dry conditions–cacti, grasses, and succulents. As is the way with warm, enclosed spaces, scent is required as well: La Noria also has a rose garden.

Escape to another part of the south of France with Landscape Architect Visit: Jacqueline Morabito on the French Riviera. See more of our favorite water features in In Praise of the Water Fountain.

The Countdown Is On: Submit Your Projects to the Considered Design Awards

100 Gardens to Visit Before You Die

10 Garden Ideas to Steal From Morocco