“Hannah will meet you at the box office at four. She will be dressed as a chicken.” Thus begins my visit to Giffords Circus, a small band of performers who tour the Cotswolds in the southeast of England every summer.

It is the perfect ponies-and-sequins-circus, begun by Nell Gifford and her husband Toti in 2000. Last year the theme was War and Peace. This year it is a simple, joyous revue called The Saturday Book and is possibly the best show yet. The musical arrangements, costumes, and choreography have reached the peak of perfection, and the show has been directed by Cal McCrystal, fresh from One Man, Two Guvnors in London and Broadway. It is briskly paced and funny, and the clown, Tweedy, is the star of the show. Quite right too. 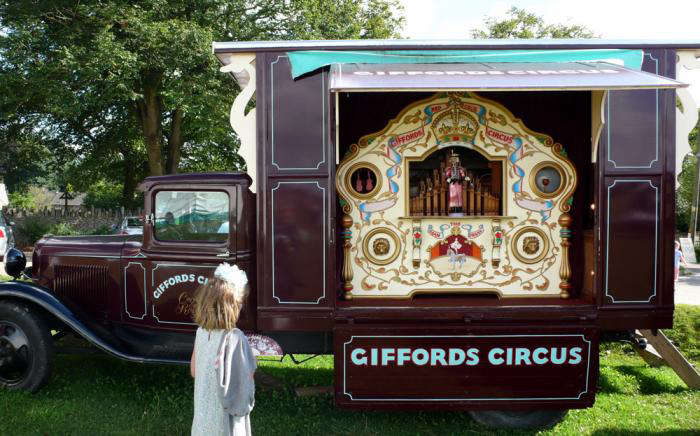 Above: Traditional fairground organ, carried aloft a vintage vehicle—one of many and all painted with the same dark red, pale blue, and cream colorway. 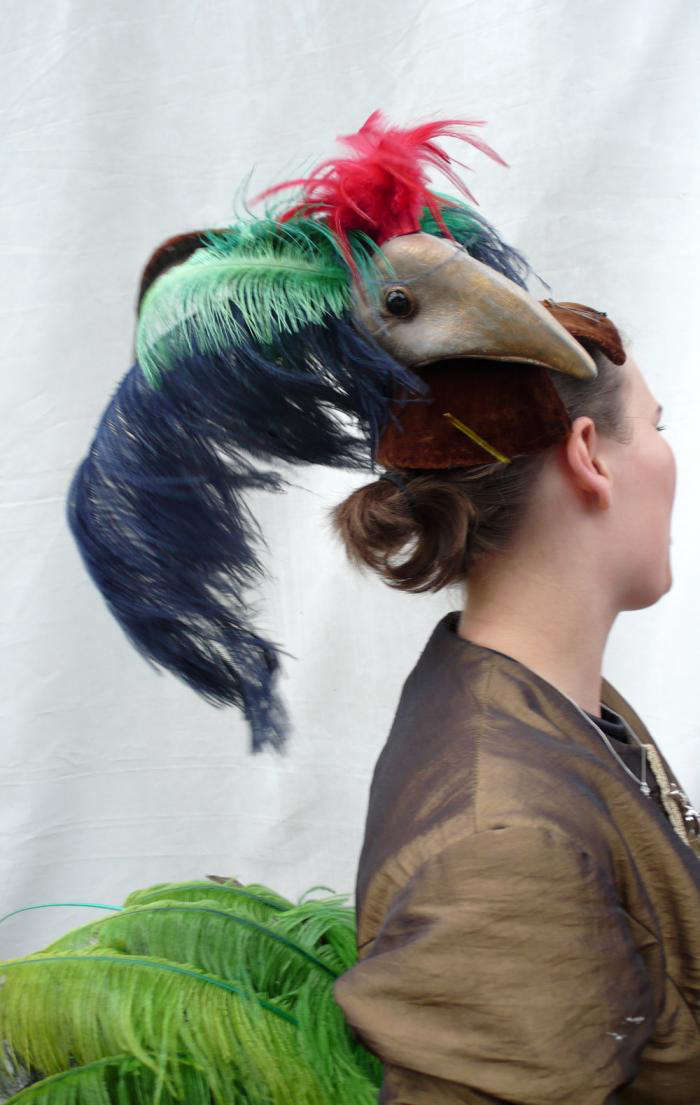 Above: The usherettes are always glamorous, this year with the aid of velvet, silk, and ostrich feathers. 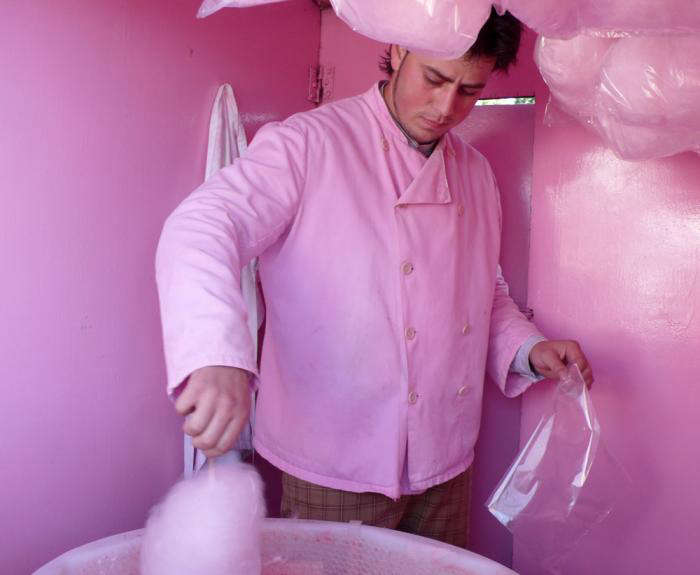 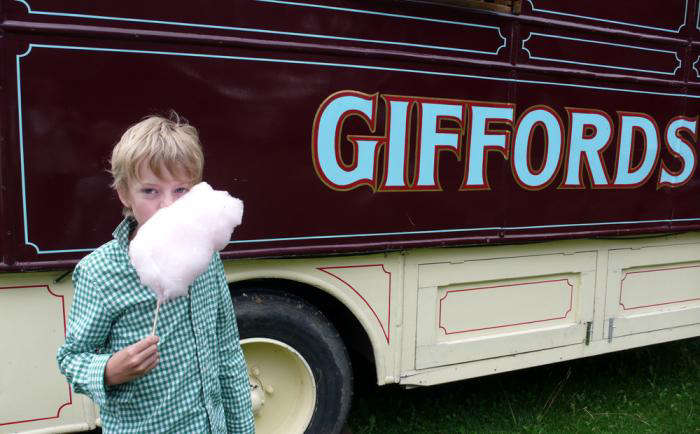 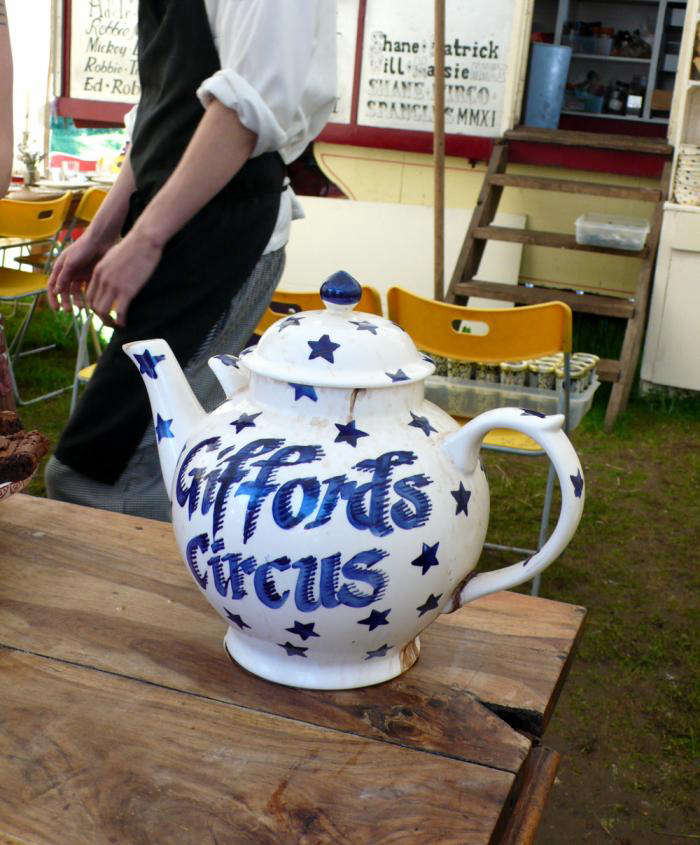 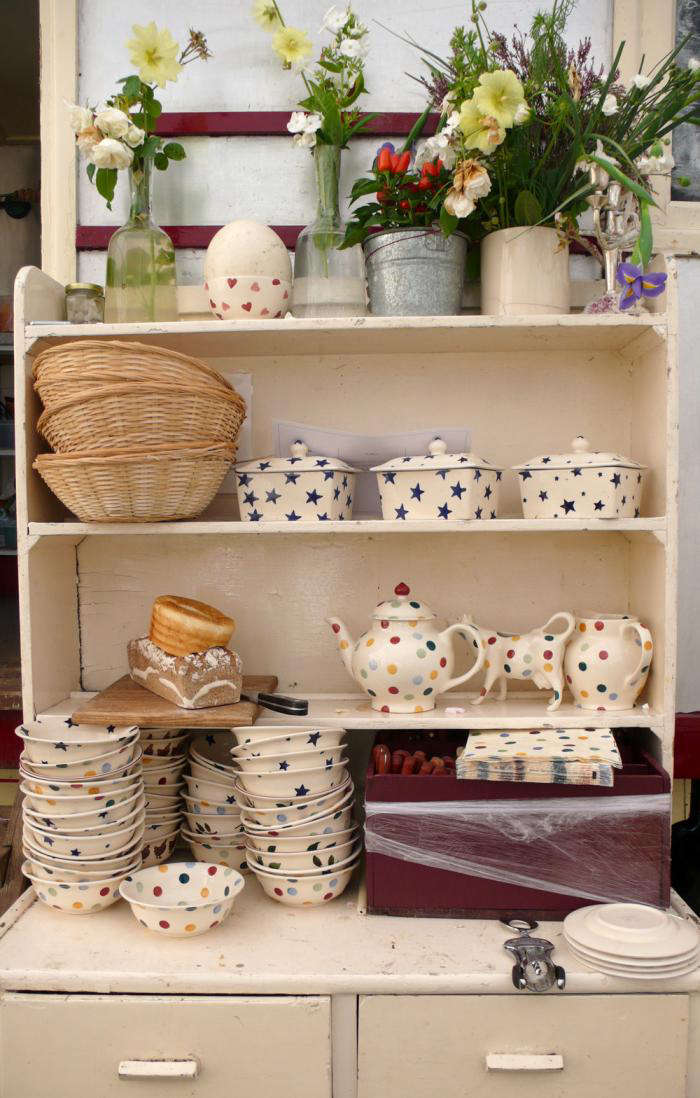 Above: A dresser full of Bridgewater crockery to be used for after-circus dinners in the restaurant tent, open to the public and performers on most nights. 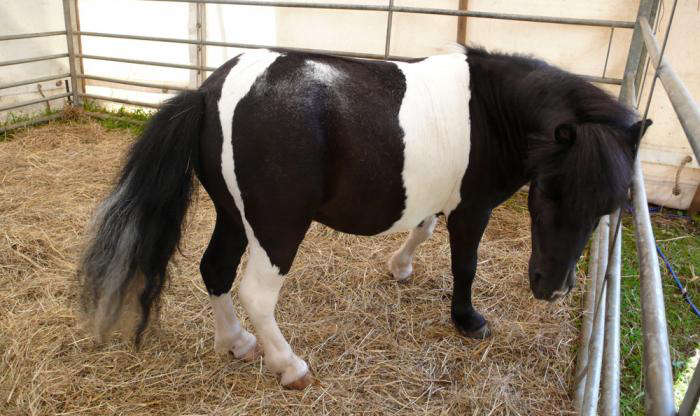 Above: Tom the Tiny Pony lives under canvas backstage with the other horses, the goose, and a flock of white doves. 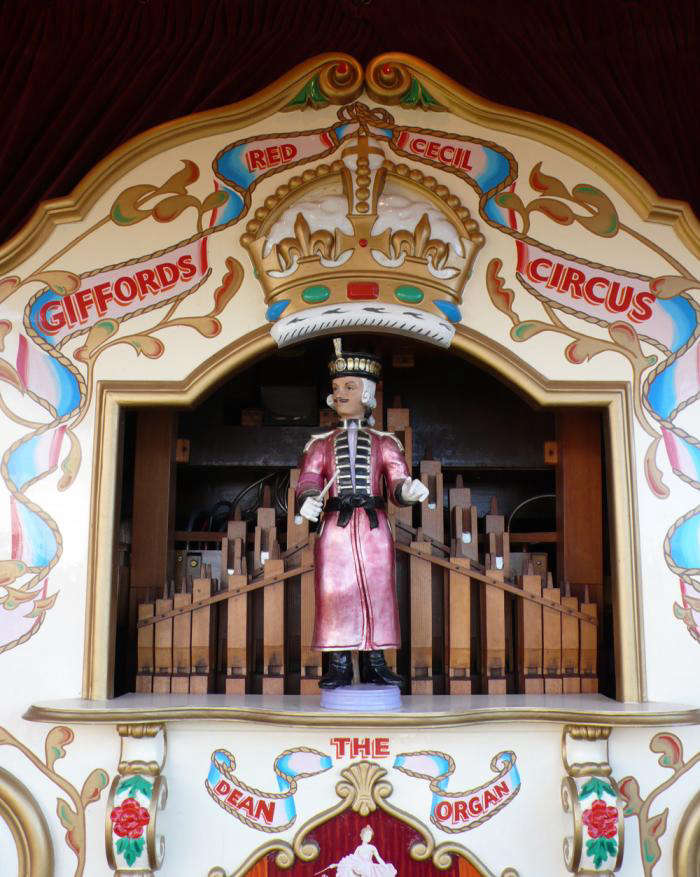 Above: Organ music floats through the air as the audience arrives on the field, and during the intermission. Red and Cecil are the names of the young Gifford twins. 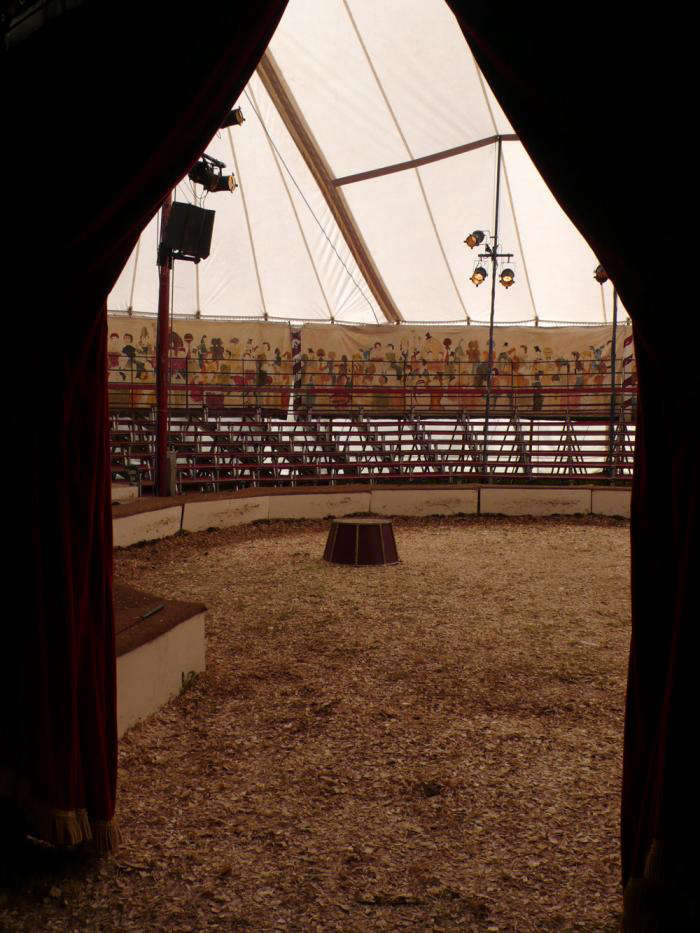 Above: Inside out, the view from the proscenium arch before the show. 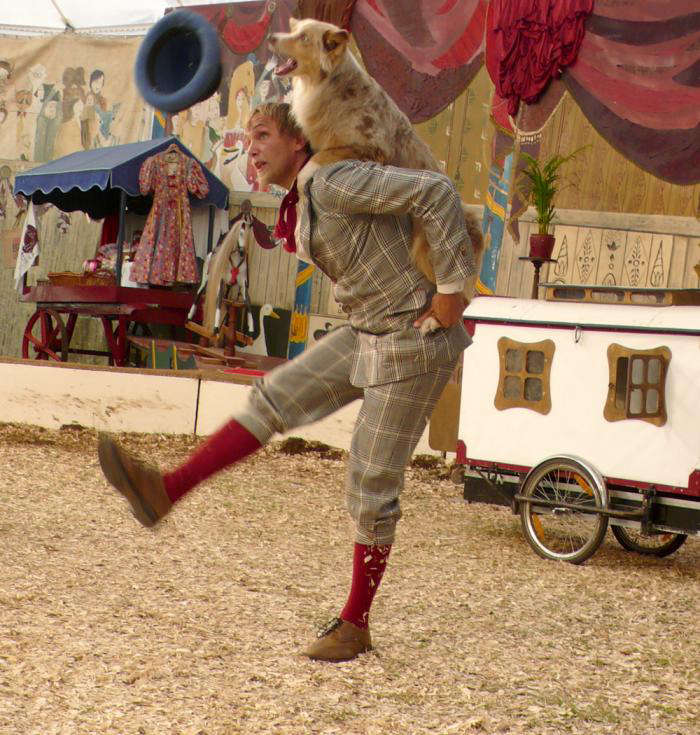 Above: Favorite performance hands down, for my children: the Comedy Dog act. 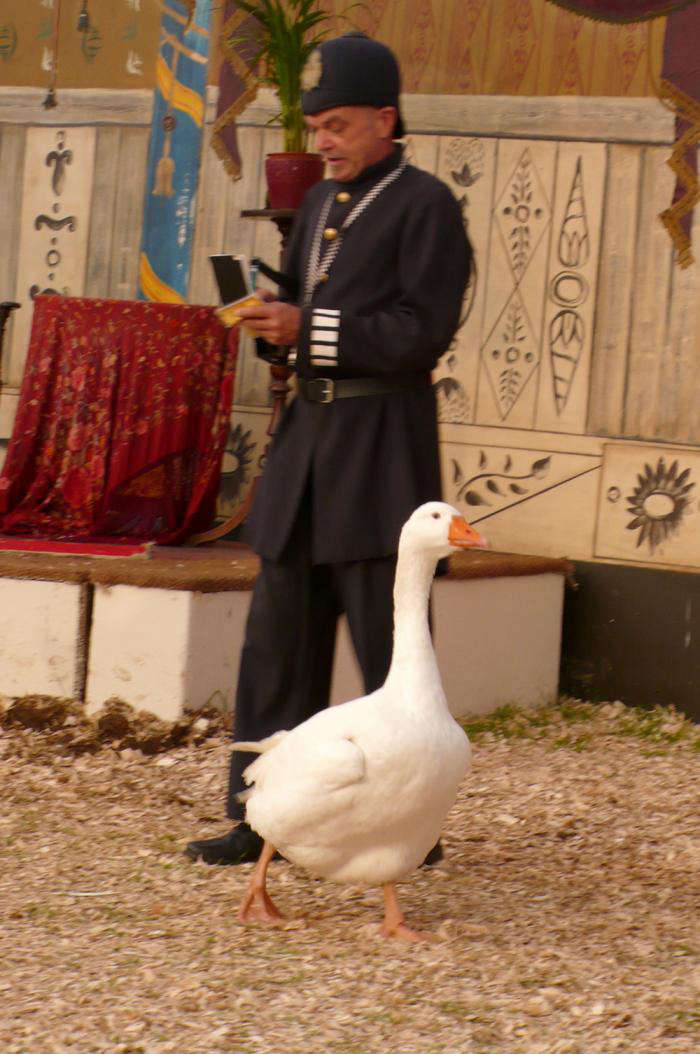 Above: Brian the Goose always makes a cameo appearance. Here he is being booked by the villainous policeman who tries to close down the circus. 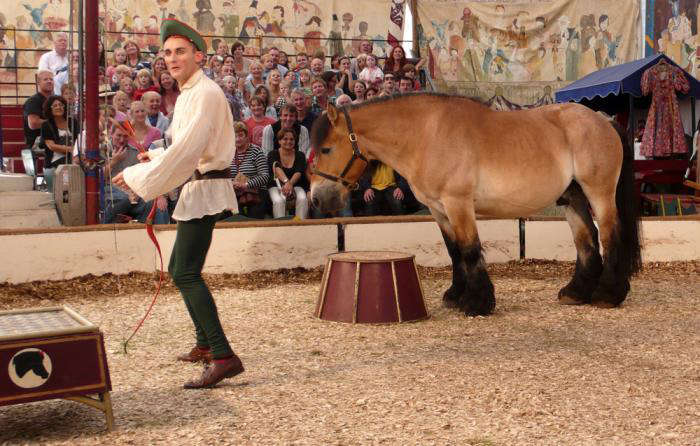 Above: Tweedy the Clown as William Tell. The Ardennes heavy horse has just eaten his apple. 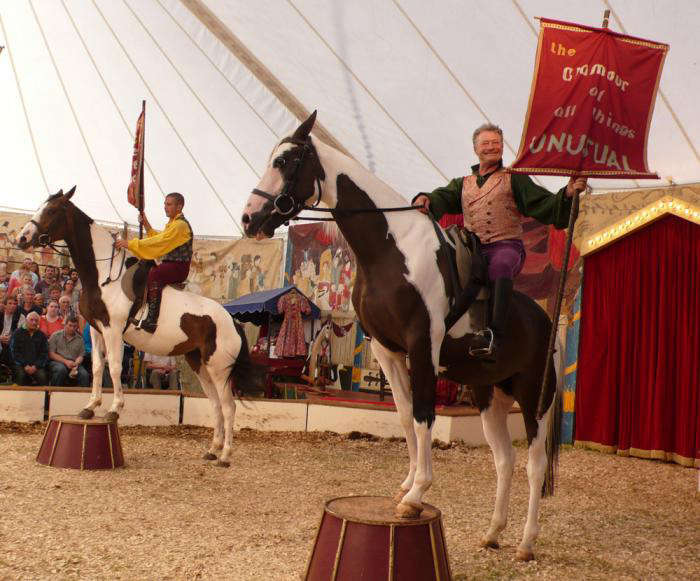 Above: “The Glamour of All Things Unusual.” 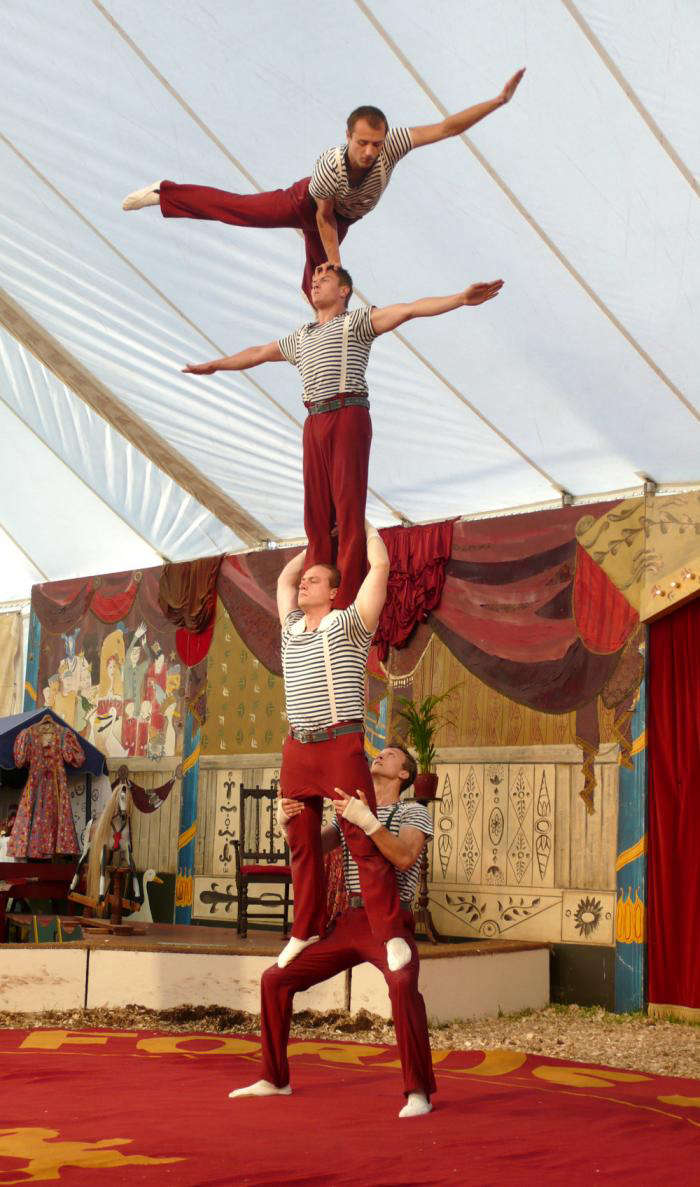 Above: Ukranian acrobats. Always debonair, even when supporting the weight of three other men. 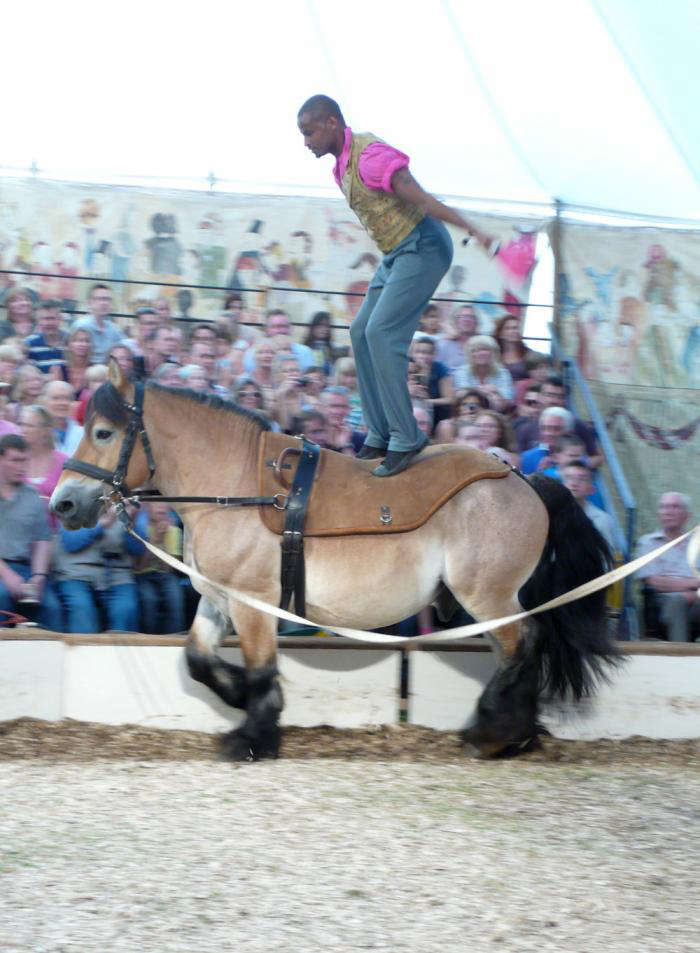 Above: Bibi juggling on the wide back of the apple-stealing horse. 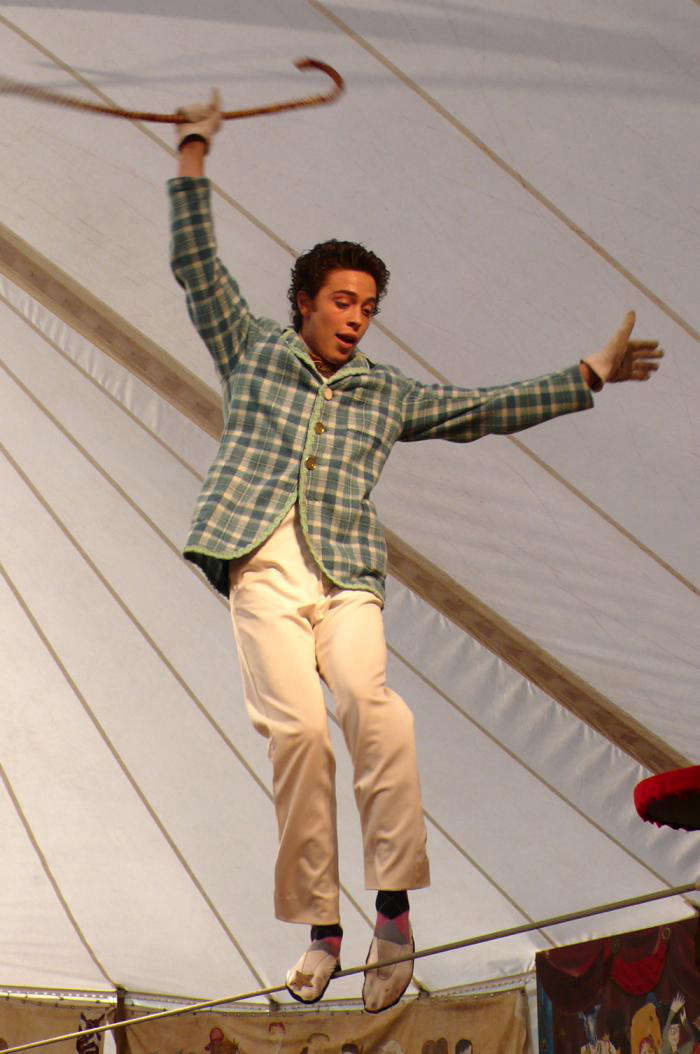 Above: A Parisian wire walker tries to impress his sweetheart, who sits ringside, fanning herself. 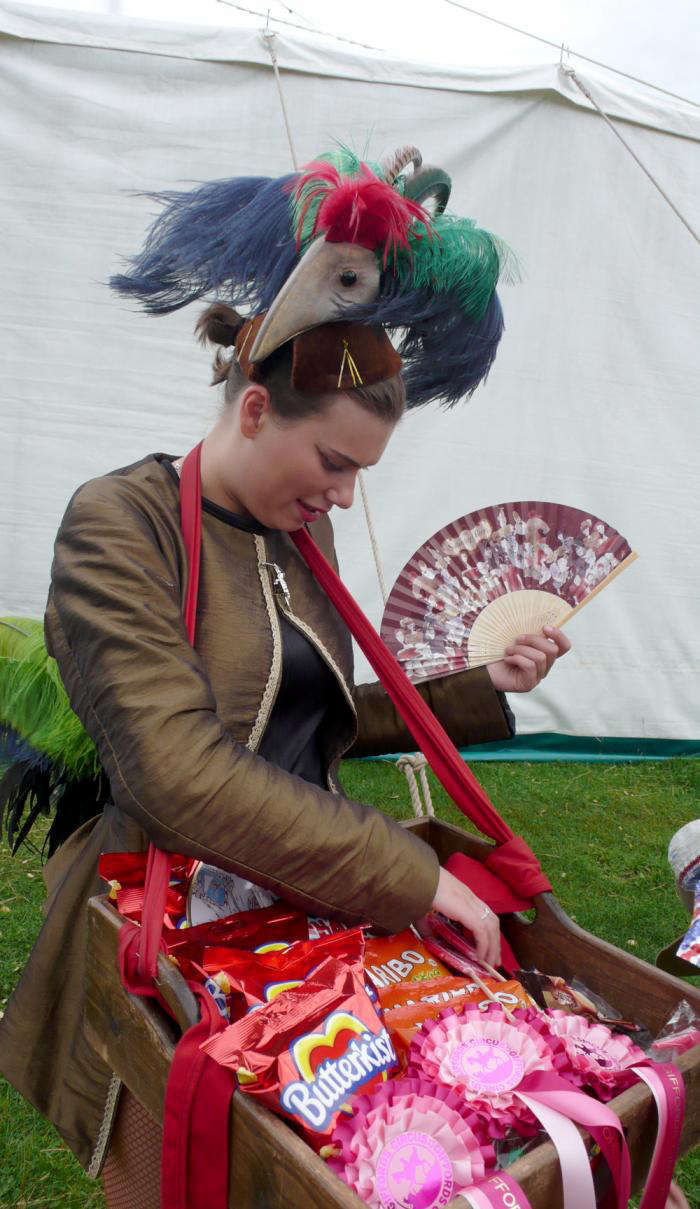 Above: The usherette, not to be confused with a chicken in fishnets. 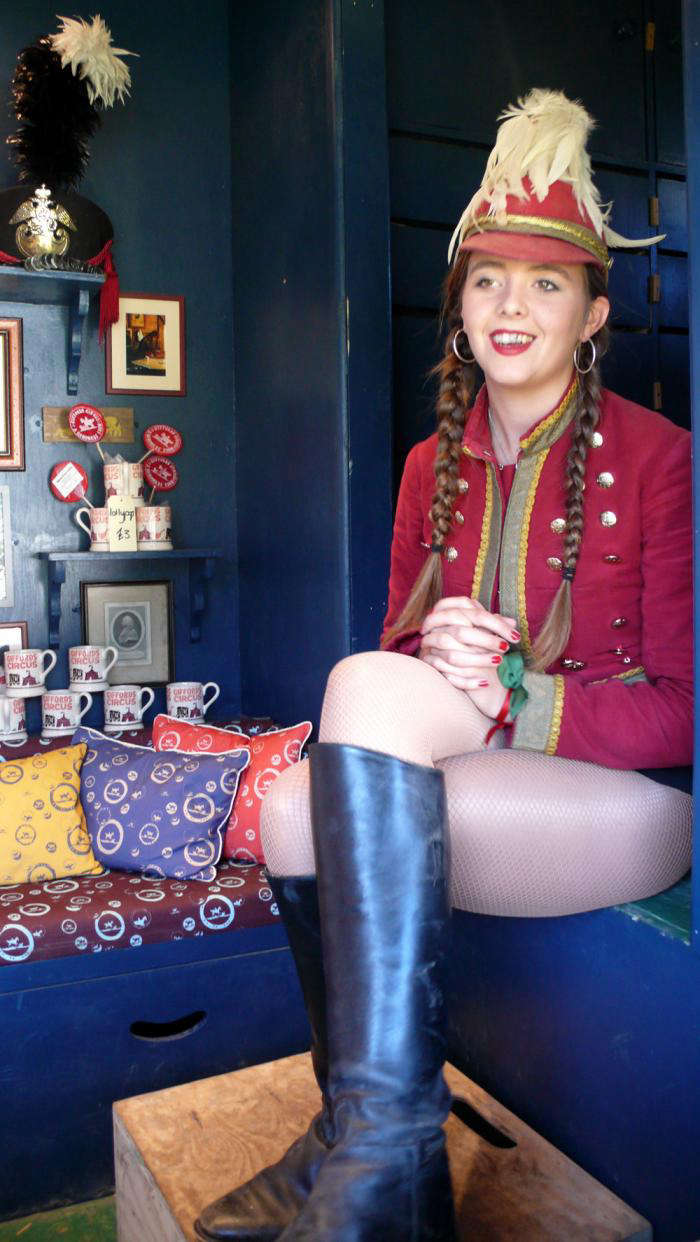 Above: The Giffords Shop, with cushions designed by Nell and circus mugs by Emma Bridgewater. 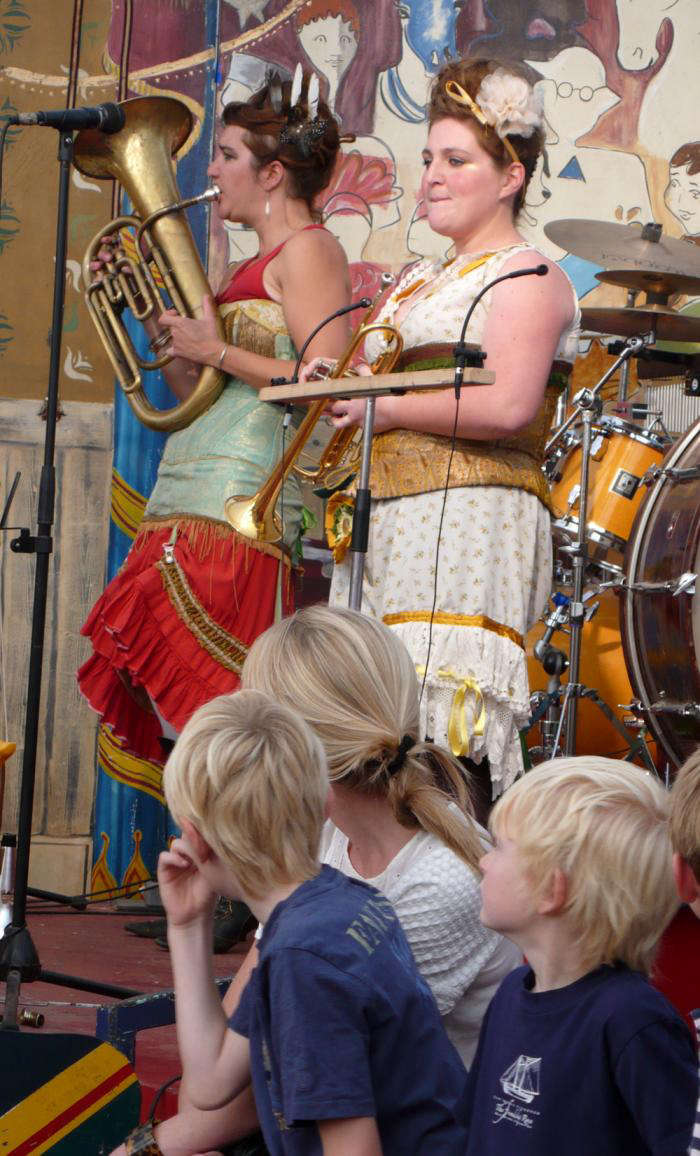 Above: Members of the almost-all-girl band, pleasantly reminiscent of Marilyn Monroe’s backup group in Some Like it Hot. 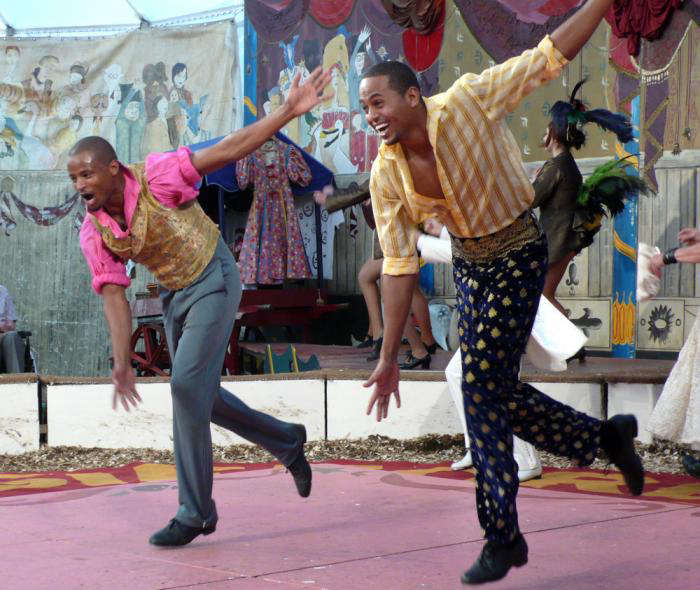 Above: The whole troupe dons tap shoes for the Grand Finale, including regulars Bibi and Bichu, brothers from Ethiopia, who mainly juggle, sometimes on horseback. 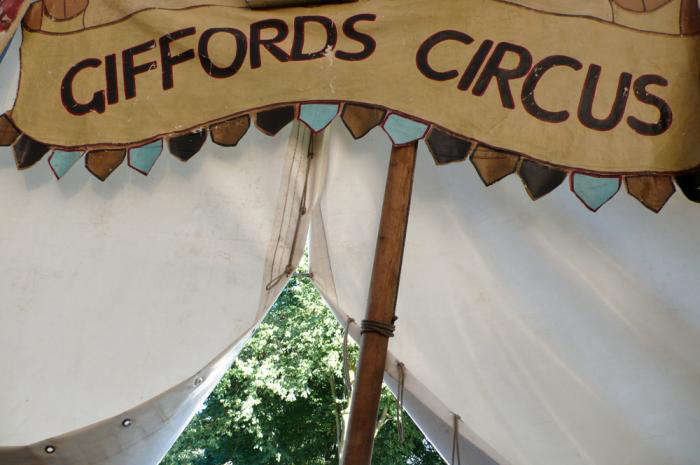 Above: The canvas tent, or Big Top. 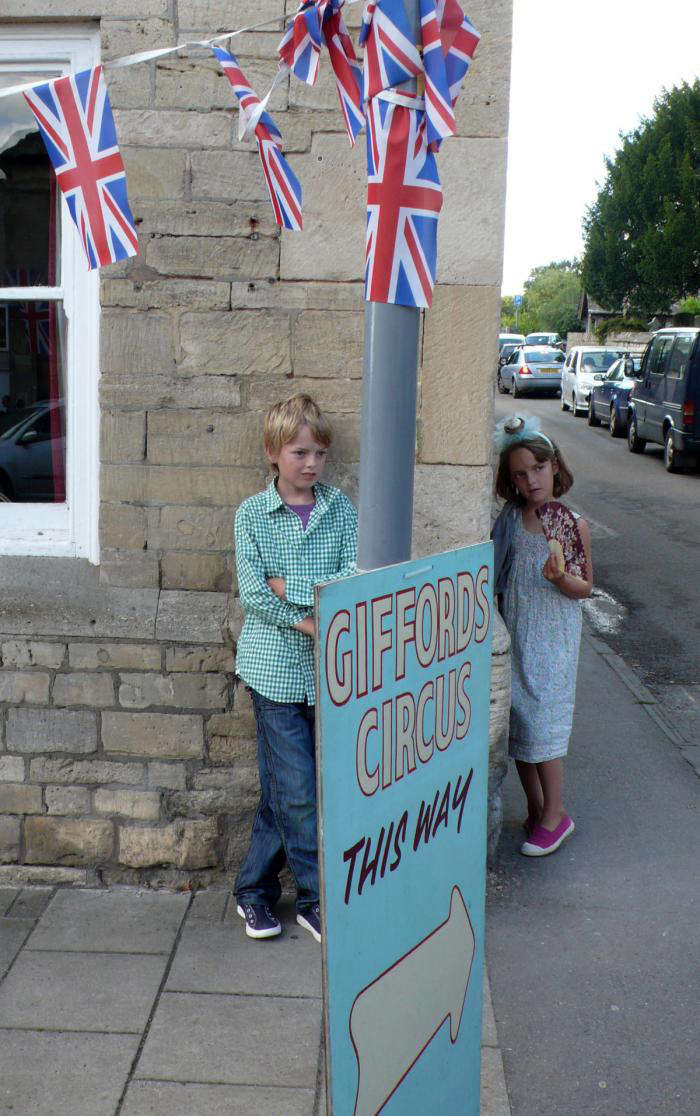 Above: This week the circus has been in Minchinhampton, near Stroud. Next stop: Cirencester, for the last leg of the 2012 tour. Bookings are being taken for some of the 2013 dates. For more information, visit Giffords Circus Box Office.

Steal This Look: Houseplants in the Bedroom, Teen Edition

Kids Boots for Tromping Around the Garden