Heirloom seeds often come with stories of Amish grandmothers, Portuguese immigrants carrying them like stowaways when crossing the ocean, and the African diaspora bringing them to the Deep South or Vera Cruz, Mexico.

The National Heirloom Festival in Santa Rosa, California earlier this month was a display of anarchy; it was a riot of blue and maroon corn, purple peppers, magenta dragon fruit, winter squash with warts, and “cannibal tomatoes” on the eggplant table. It was an artist’s and dreamer’s vision of how the world of produce should look. The farmers and gardeners gathered have broken away from monoculture where one just one plant is grown over and over, shipped to our stores, to make us believe that an apple must be red or green, a bean is black or brown, and squash either acorn or butternut. The National Heirloom Festival had on display an astonishing, almost dizzying array of variety, where diversity is champion and beauty is found in uniqueness rather than uniformity. 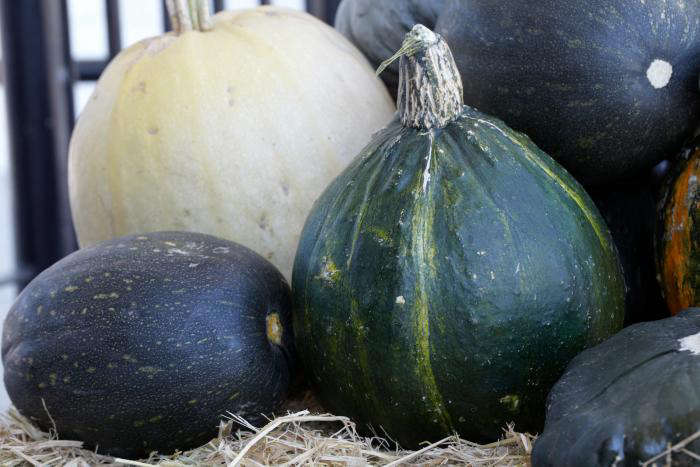 Above: “Hubbard,” “Cinderella,” “Kamo Kamo.” Winter squash names sound like a fairy tale. By definition, heirlooms are plants that predate 1950, when hybrid plants first started to be used widely by industrial farms. They must be open-pollinated, which means that birds, bees, wind, and other forces of nature help with their breeding process. 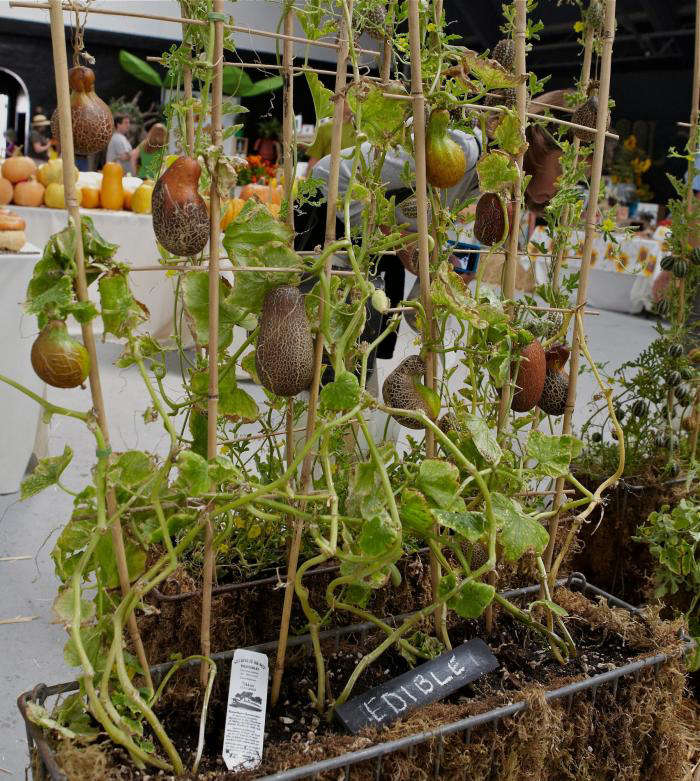 Above: And you thought a cucumber was long and green? 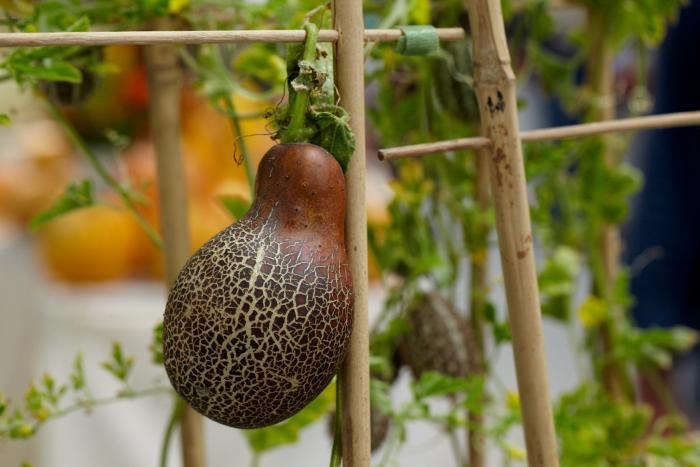 Above: The Sikkim Cucumber is originally from the Himalayas. A packet of seeds is $3.50 from Baker Creek. 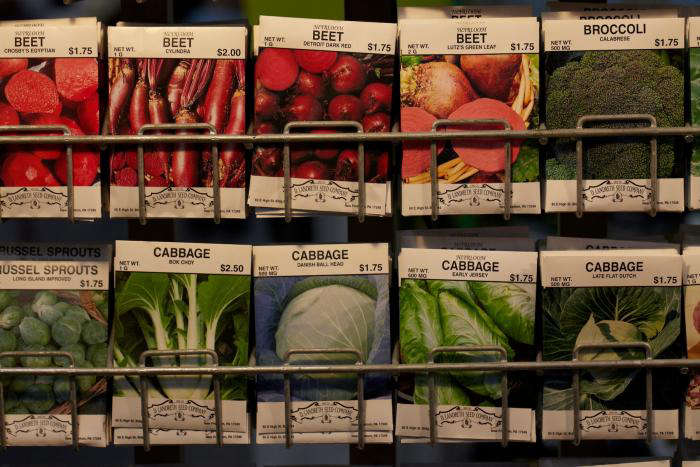 Above: Backyard gardeners are keepers of variety. Along with seeds for sale was information on California’s Prop 37, on the ballet this November, which would require all foods with genetically modified ingredients to be labeled accordingly. GMO seeds are not available to the public for planting and the seeds are only available for purchase by industrial farms that use pesticides from the same company. 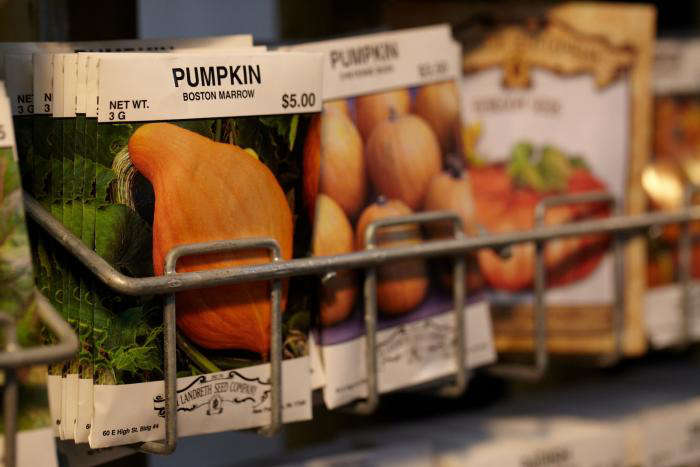 Above: Along with produce on display, gardening equipment and seeds were for sale. 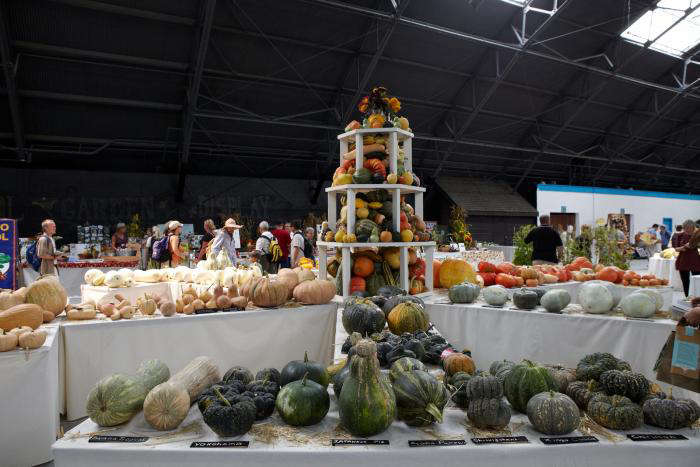 Above: A gathering of gourds. These winter squash are lumpy and bumpy but much sought after by foodies. 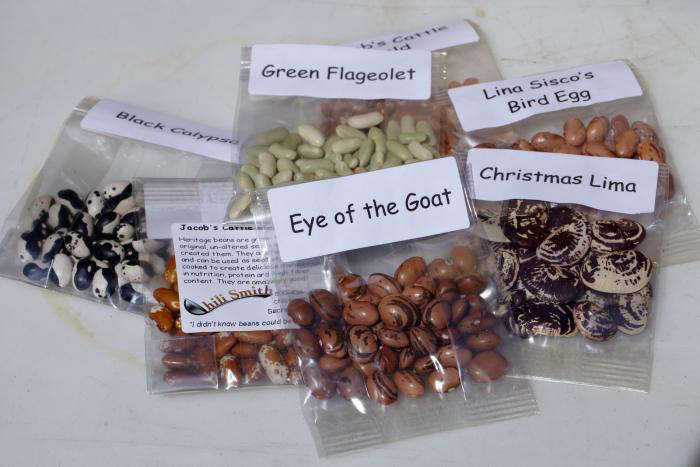 Above: Heirloom beans from Chili Smith. 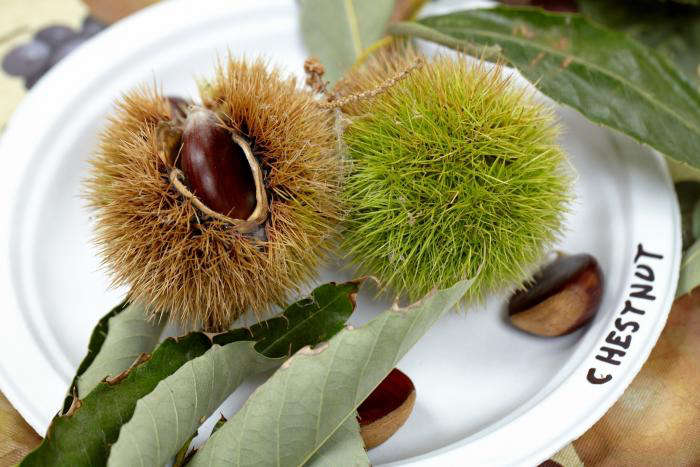 Above: Nuts also drew oohs and aahs at the The National Heirloom Festival. For more varieties, see “Seed Bank: Heirlooms in Petaluma.”

To Eat or to Admire: Growing Artichokes for Food and Flowers