Here’s a door with a split personality. Open and welcoming on the one hand, private and protective on the other. We’re talking, of course, about the Dutch door. A precursor to the screen door, it keeps unwanted visitors out while allowing sunlight and breezes to wander in. The Dutch door may be rooted in agricultural history, but it’s perfect for modern living. Find out if it deserves a spot on the front (or back) of your house (or even inside): 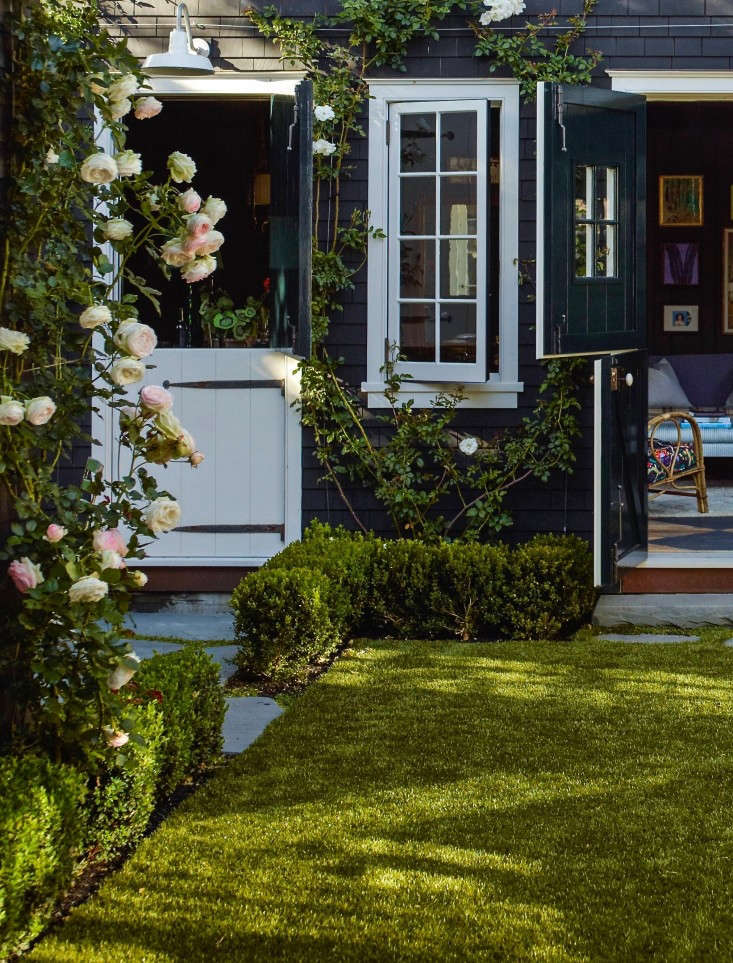 What is a Dutch door?

Simply put, a Dutch door is one that’s divided into two parts horizontally, so the bottom half can remain closed while the top half is open. When the connecting hardware is locked, the two halves act as one, posing as a solid door.

What is the history of Dutch doors?

The name is a dead giveaway (though they’re sometimes called stable doors, half doors, and double-hung doors). Dutch doors were common in the Netherlands in the 17th century. They were devised for use as exterior doors on farmhouses to keep animals out and children in, while allowing air and light to come and go. Dutch settlers brought the style to the US, where it appeared on rural houses in New York and New Jersey. The style soon migrated to the cities, where they kept out vermin, street dirt, and debris. They also allowed residents to interact with deliverymen and the like without letting them inside the house.

What are the benefits of Dutch doors?

Are there different styles of Dutch doors?

Most variations in Dutch doors are found in the choice of wood, the panel designs, and the height of the dividing break in the door. And, while the design DNA of Dutch doors is country, their appeal hasn’t escaped minimalist modern remakes.

Dutch doors offer the flexibility of two styles in one, as you may choose different designs for the top and bottom. While the bottom half should be solid, many doors have a glass panel for the top half. Designs for both glass and solid panels vary widely: single or multiple-paned; clear or stained glass; flat, raised, or board-and-batten panel faces, and more.

Hardwood is the recommended material. Many homeowners choose to paint their doors, and a high-gloss, richly hued Dutch Door Paint exists for just this purpose. 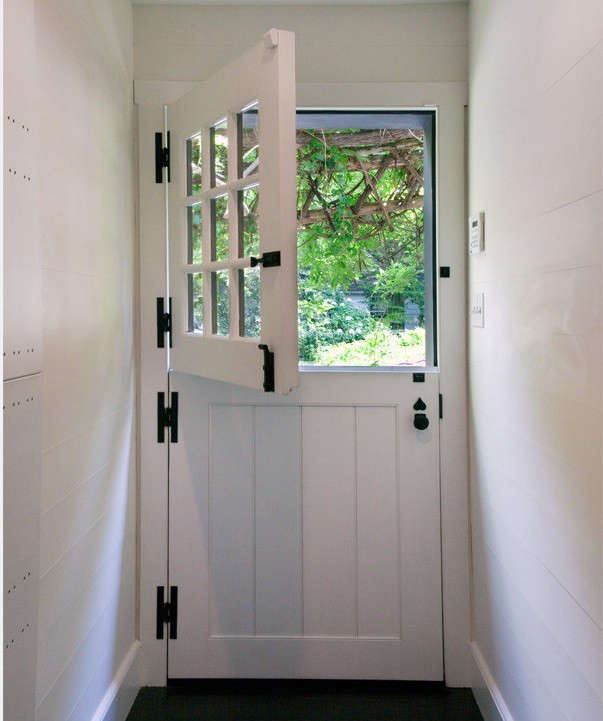 Above: This traditional Dutch door with a paned top half has four sturdy hinges, a heavy-duty Dutch door bolt, a classic knob with lock, and a deadbolt on the upper half. Image via C&M WIndows & Doors.

Here’s the lowdown on hardware:

Hinges: Dutch doors require a minimum of four hinges, two for each door half (standard doors only need three). Standard door hinges will work if they meet the weight requirements. Period hardware is often used, such as sturdy Colonial-style strap hinges.

Knobs and Locks: The door knob and lock are installed on the lower half. For added security, a deadbolt can be placed on the top half.

Latch: This is the special piece of hardware you need to interlock the top and bottom leaves of the door. The bolt must be used when the door is closed, but you can leave it in place when the door is open for traditional door functionality. 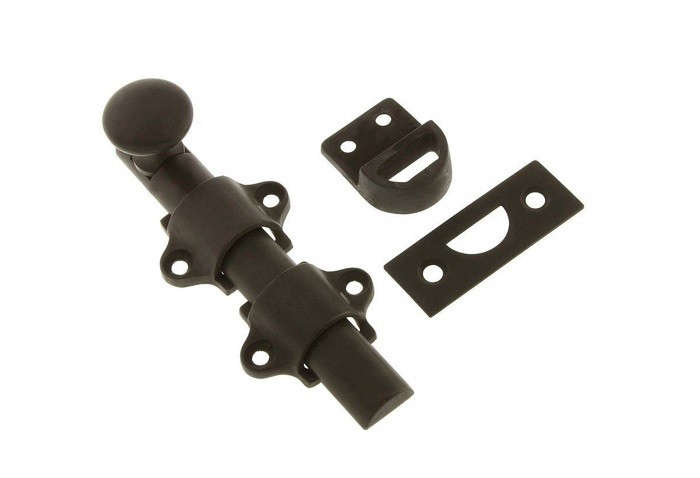 Above: Heavy door bolts are commonly used for latching the two halves of a Dutch door. The Deltana 4-inch Heavy Duty Dutch Door Bolt in oil-rubbed bronze is $22.50 at Amazon (other finishes available). 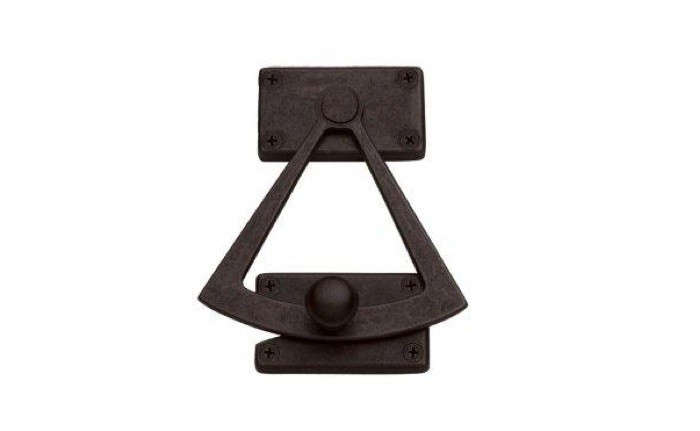 Above: The quadrant is another option for latching top and bottom. The Baldwin Non-Handed Dutch Door Quadrant is offered in 16 finishes and is $54.60 at Low Priced Doorknobs.

Any tips for installing Dutch doors?

Where can I get Dutch doors?

For more door inspiration, see 5 Favorites: Daring Red Doors and 7 Retractable Garage Doors, used not for cars but for large entries to living spaces. And on Remodelista, they examined the Ins and Outs of French Doors and offer more Dutch Door Ideas.

Planning a major outdoor renovation? See all of our Hardscaping 101 Features.

Lessons Learned: Blooms and Botches in a Beginner’s First Garden