Looking for a holiday movie to watch this week? Here’s a roundup of our favorite classic films featuring gardens or gardeners (good and evil):

Glamorous gardeners are better box office than the jobbing sort, though Peter Sellers raised the profile of the latter in Being There. His kindly, presidential idiot-savant Chauncey Gardiner (aka Chance the gardener) is particularly appealing in these uncertain times. We are only too willing to believe his soothing words: “All will be well in the garden.”

While the weather is cold, let’s take some time off from the real world and enjoy the role that gardening plays in some of our favorite films.

All That Heaven Allows 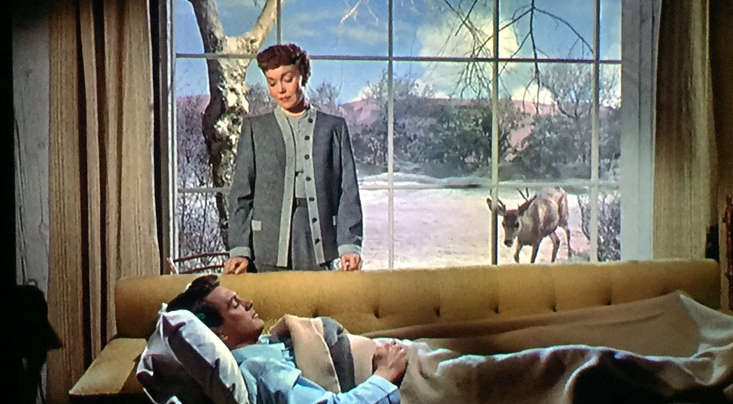 In the movies, gardeners are either “simple” or “unsuitable.” Douglas Sirk’s All That Heaven Allows serves up snobbery in the country club for Jane Wyman’s wealthy widow, while her gardener Rock Hudson is a handsome version of real gardeners everywhere. Her smart suburban friends try to warn her off: besides being gorgeous, he’s young and not at all rich. Part of the set was recycled as Wisteria Lane in Desperate Housewives.

A Room With a View 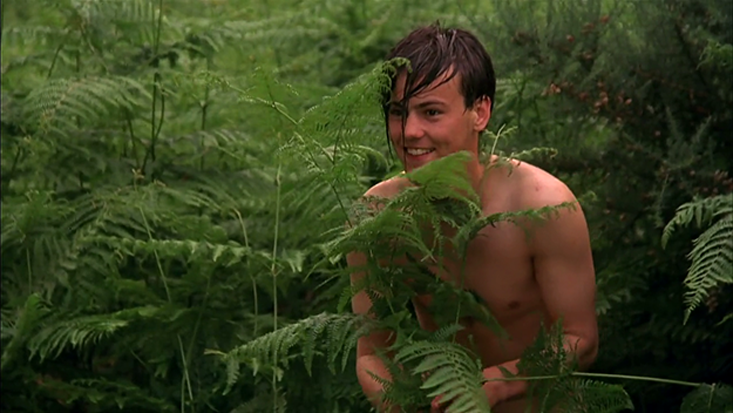 Filmed books, particularly of the British, early 20th century variety, often featuring Rupert Graves (Above), use gardens as an extra character. In A Room With a View, ladies tie in unruly roses under the windows of Windy Corner, while further into the garden lads go skinny dipping followed by naked wrestling. All part of a Sunday afternoon in Surrey. 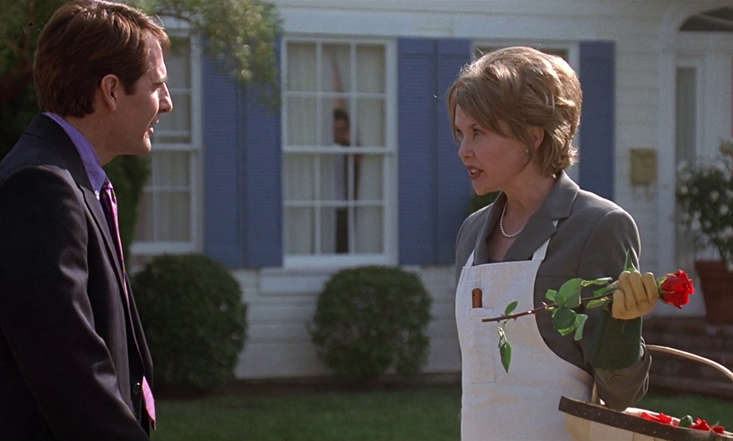 Roses, whether plucked in a dream bath in American Beauty, or growing obediently in Annette Bening’s front yard, are a potent symbol in the movies. In Cyrano de Bergerac, our hero laments, “While I was below in the shadows, others climbed up to kiss the sweet rose” (and yes, the rose ‘Cyrano de Bergerac’ is a climber). Mrs Miniver has a rose named after her by an admiring gardener, the station master. And ‘American Beauty’ is a deep pink-red rose, bred in 1875 and originally named ‘Madame Ferdinand Jamin’.

The Garden of the Finzi-Continis 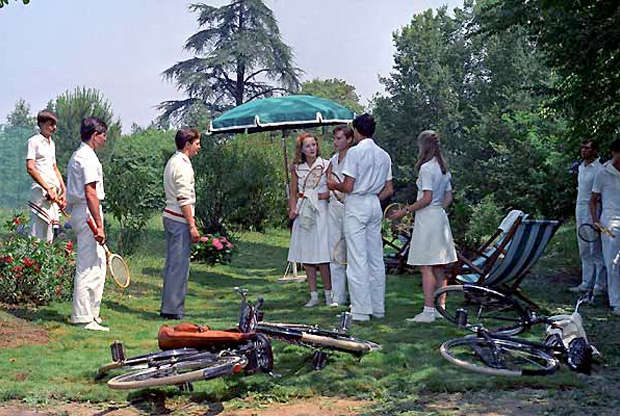 Costumes compete for attention but are not always the clear winners. Without their backdrops they’d be nothing. Think Orlando, in which Tilda Swinton as a shimmering ivory-clad 18th century Lady Orlando, turns on her heel at the entrance to a maze, and runs out the other end, in Victorian widows’ weeds. In The Garden of the Finzi-Continis, the 1930s are depicted from the point of view of the late 60s. Although the clothes are distracting, the danger and folly of the period are reflected in the decadence of the garden.

Further viewing: The Draughtsman’s Contract, The Great Gatsby (1974), The Age of Innocence, anything by Henry James. 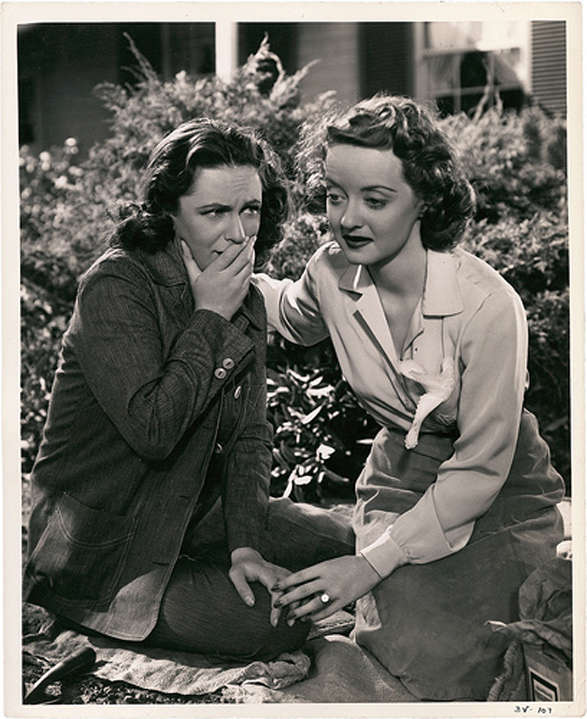 Movie digging is more like grave digging in the case of Rear Window, when the rose tree changes height overnight. When Joan Crawford, in Whatever Happened to Baby Jane?, sees her neighbor digging she tries to throw down an SOS note but is thwarted. The endless tweeking and preening of the bourgeois wife in Mon Oncle is painful in a more comic way, while George the terrier leads Cary Grant and Katharine Hepburn around on all fours in Bringing Up Baby. We know it is supposed to be a Connecticut garden, though it is dark and featureless, with an indoor audio effect strongly resembling a sound studio.

Dark Victory takes the prize—arguably—as most kitsch garden movie. “Have you planted the hyacinths, yet?” trills a blind Bette Davis of her long-suffering best friend. “You dig the holes, I’ll put them in.” Her voice rises as she desperately barks out instructions before being led away: “You will water the flowers, won’t you Anne? And take care of them? And Anne, you will take care of my doctor, won’t you? You see, it’s so much worse for him than it is for me…”