Holly isn’t just a holiday tree; unlike poinsettia it’s interesting all year round. The gloss and spine of holly’s leaves give it a unique character, with berries an added bonus. 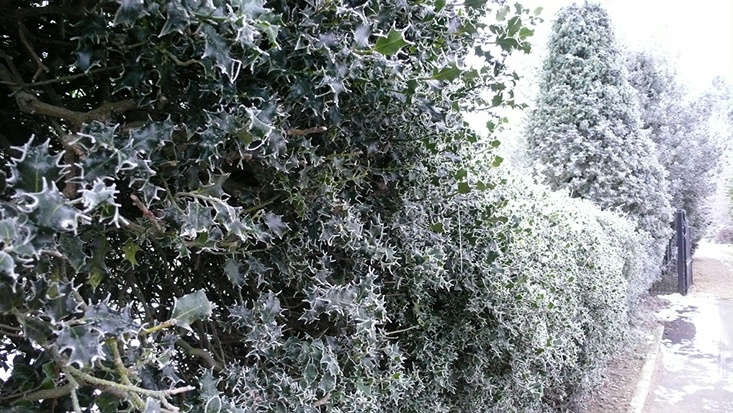 Above: Holly is cottage-y but also elegant, by a rural or urban front door. The great garden writer Gertrude Jekyll described it as “somberly cheerful” and this is certainly the case even when encountering holly as part of a hedge, or in the woods.

Holly is traditionally a tree that keeps guard over a place, discouraging lightning or warding off magic, and happens to look good close to buildings. Grown as a standard and gently shaped, it is a striking feature all year round, though it begs to be strung with lights in winter. 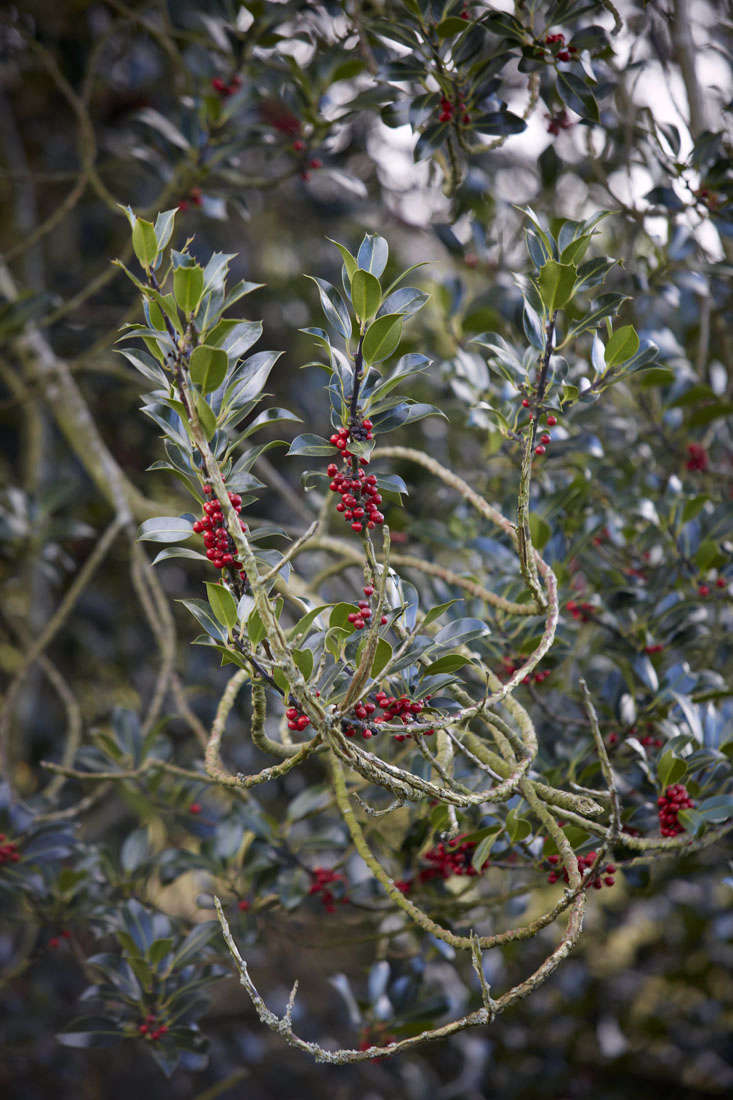 Above: Holly is evergreen and broad-leafed, with a waxy coating. It does shed in summer as new leaves come, though, and if you like to garden with bare hands, like the manly English gardener Monty Don, you’ll need to wear gloves when working the ground at the base of a holly.

Holly’s prickles are useful in creating an impenetrable barrier, but they also protect the plant against munching animals. An untrimmed hedge or tree tends to have smoother leaves on the upper boughs. For a spineless holly, I.aquifolium ‘J.C. van Tol’ grows as a small tree,  with a variegated version: ‘Golden Van Tol’. 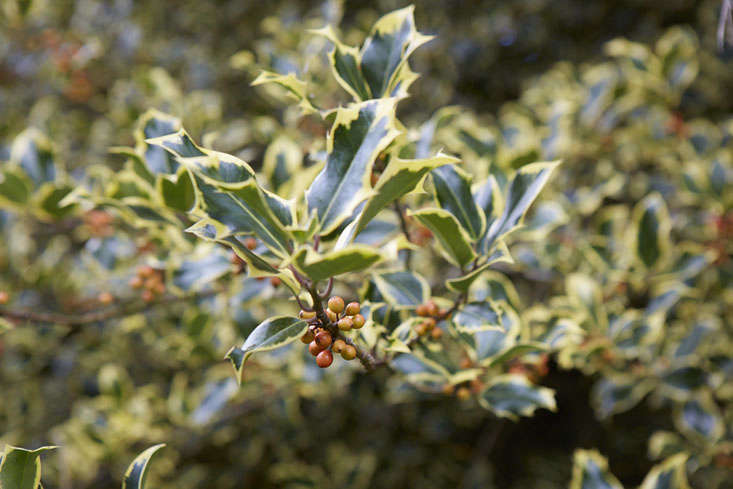 Above: Variegated holly brings light into a dark garden, the berries becoming more red as autumn progresses. If the combination of green, yellow, and red is too much, there are many variegated hollies that are male and therefore un-berried. For berries, the female I.aquifolium ‘Handsworth New Silver’ carries the RHS Medal for Garden Merit. 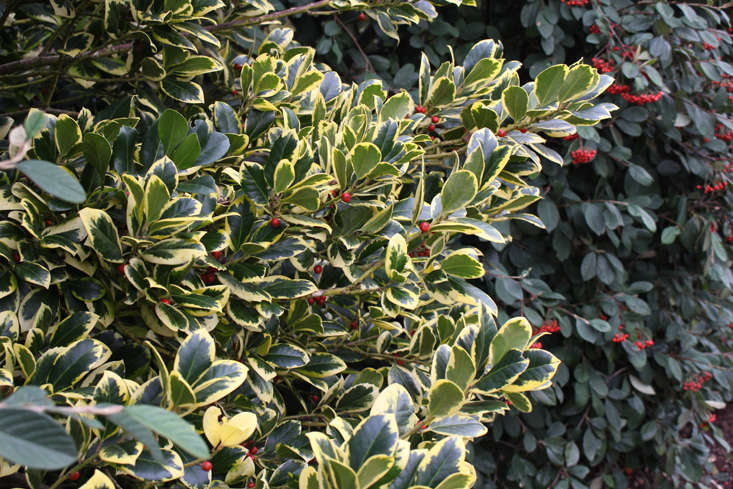 Above: Variegated leaves are useful for contrast, with berries picking up color from other winter shrubs. Photograph by Kendra Wilson. 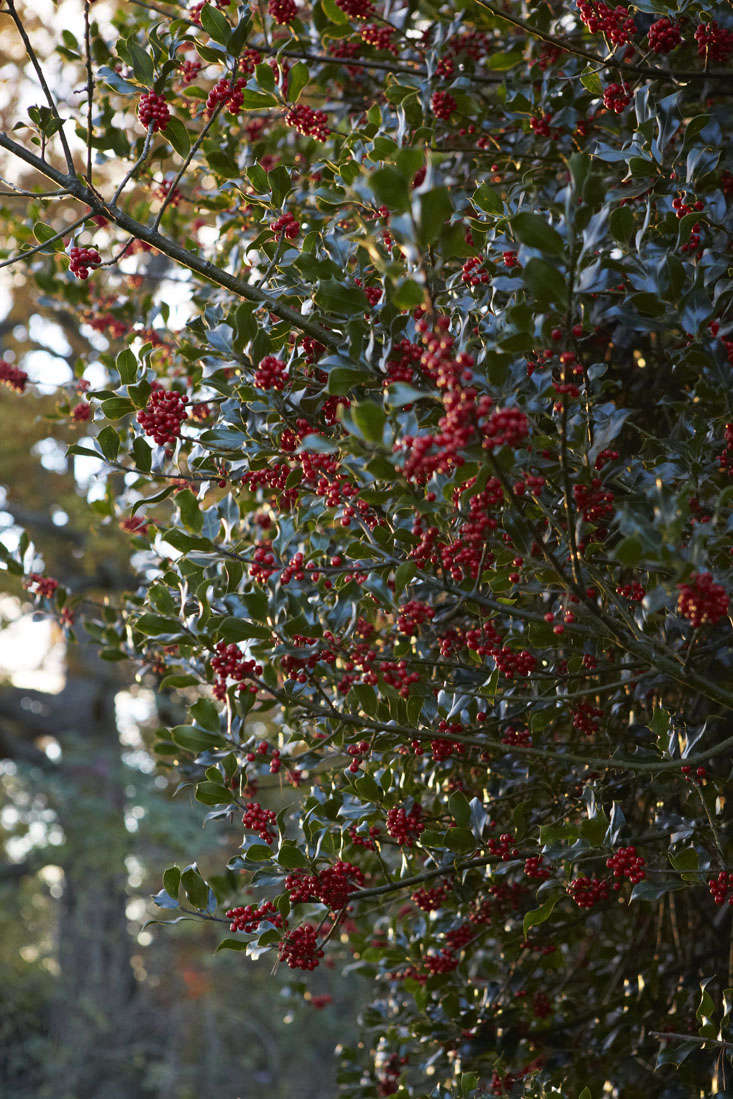 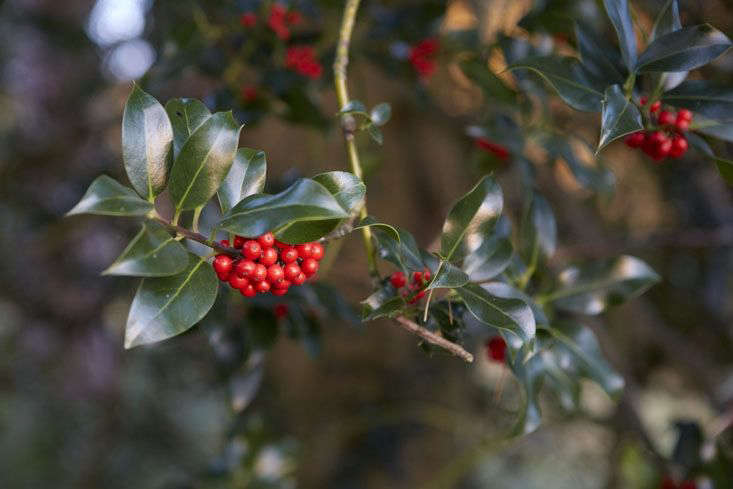 Above: In a year with a low berry count, holly is still good value, particularly after a hoar frost, in which every spine (and spider’s web) is traced in the dim light. See 5 Favorites: Brit Style Garden Hedges. Photograph by Kendra Wilson. 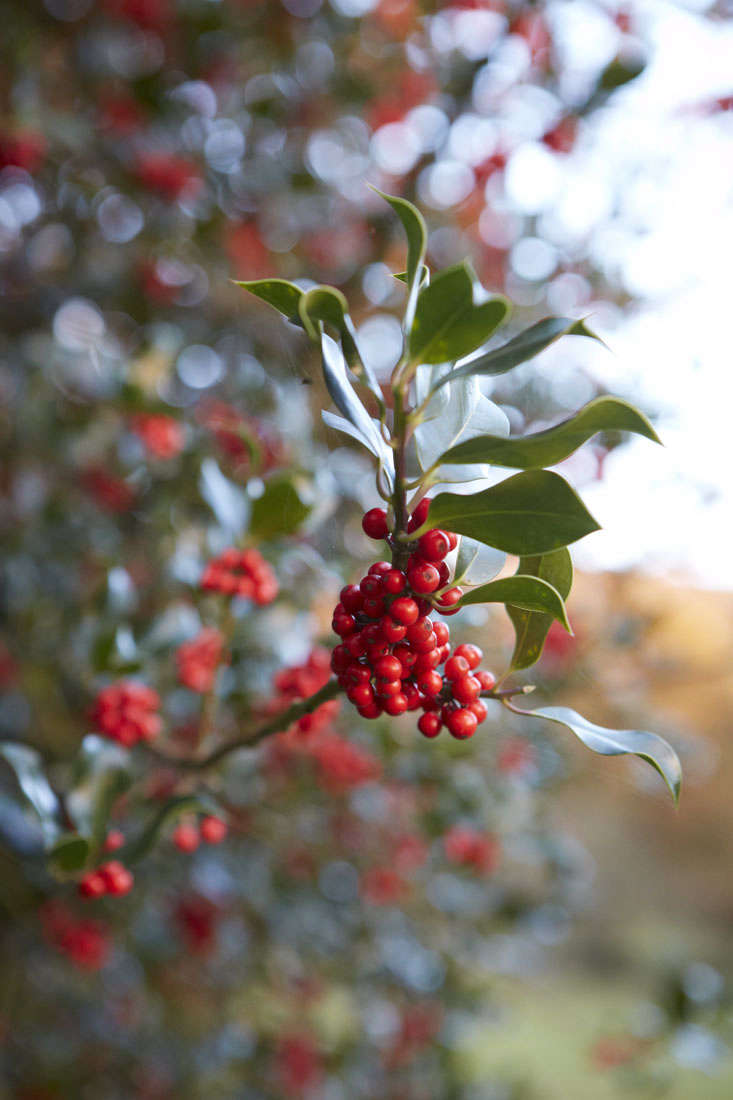 Above: For holiday decorations, bunches (or boughs) are all you need. Though it’s considered unlucky to bring holly into the house before Christmas Eve or after Twelfth Night.

For more ways to incorporate bright red berries into your life (and holiday decor), see:

N.B.: Are you thinking of adding a tree to your garden? If so, our Garden Design 101 guides can help:

Outbuilding of the Week: A "Secret Room" in Upstate New York