Fescues are doing everything just about everywhere. Lining up in a garden bed, clumping in a container, or joining hundreds of others in a meadow, these grasses can be counted on for their many faces of beauty. But choose wisely. Fescues are cold-weather grasses and do have their demands.

Read on for ideas and considerations when designing with fescue. 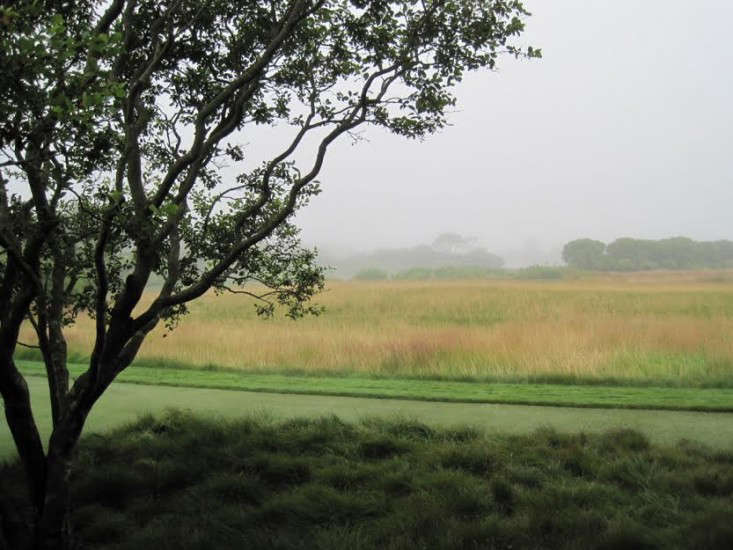 Above:  A meadow of red fescue grass creates a layered, painterly landscape. For more of this garden, see Dune Story: A Postmodern Masterpiece Saved from the Sea. Photograph courtesy of LaGuardia Design Group.

Turf grasses and ornamental grasses both make up the genus festuca but are very different animals. Popular turf grasses spread by creeping rhizomes but ornamental fescues are typically clumping grasses, keeping many of them fairly neat in the landscape. 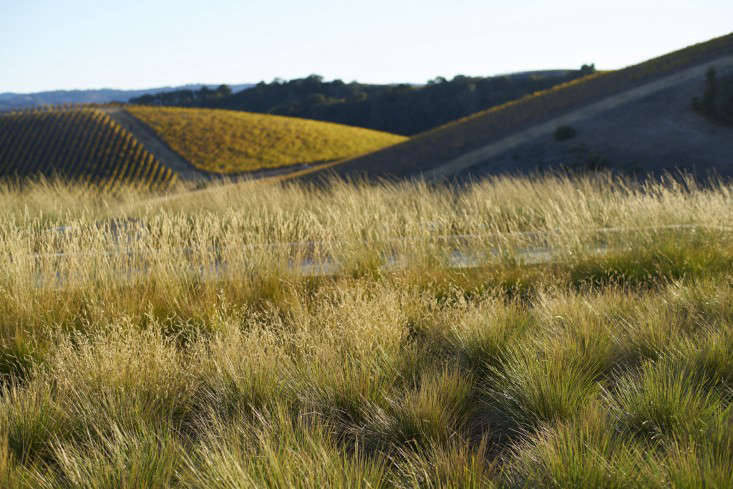 Above: F. mairei ‘Atlas Fescue’ stands in the foreground. It’s a go-to grass for many designers in Mediterranean climates because of its warm khaki green coloring.  Photograph by Chris Leschinsky courtesy of Jeffrey Gordon Smith Landscape Architecture. 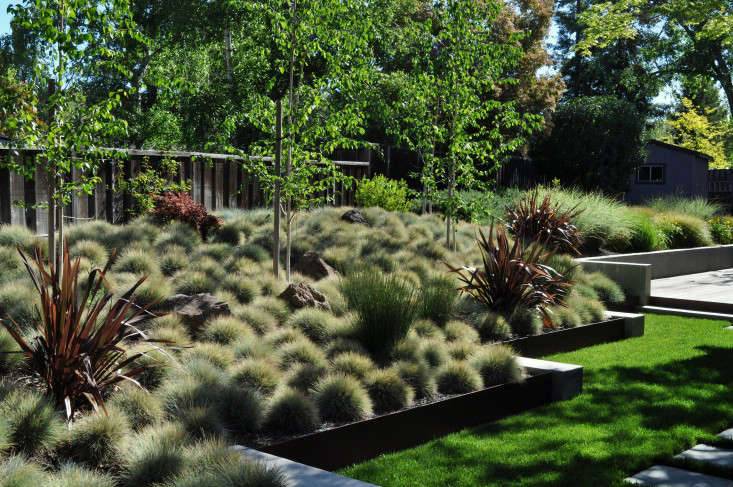 Above: The sun plays dramatically on blue fescue in a gently sloping bed. Photograph courtesy of Huettl Landscape Architecture.

Fescues are famous for their clump formation, which means they won’t push, choke or bully their more delicate garden-mates. There are several blue varieties to pick from, all with slightly differing color and horticultural needs. 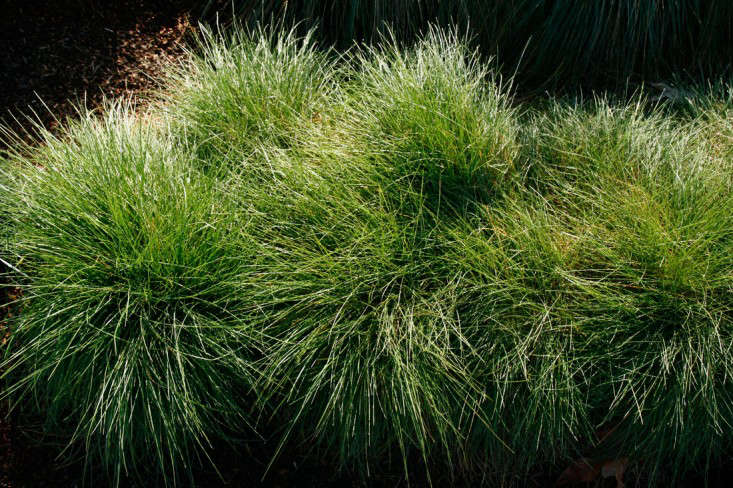 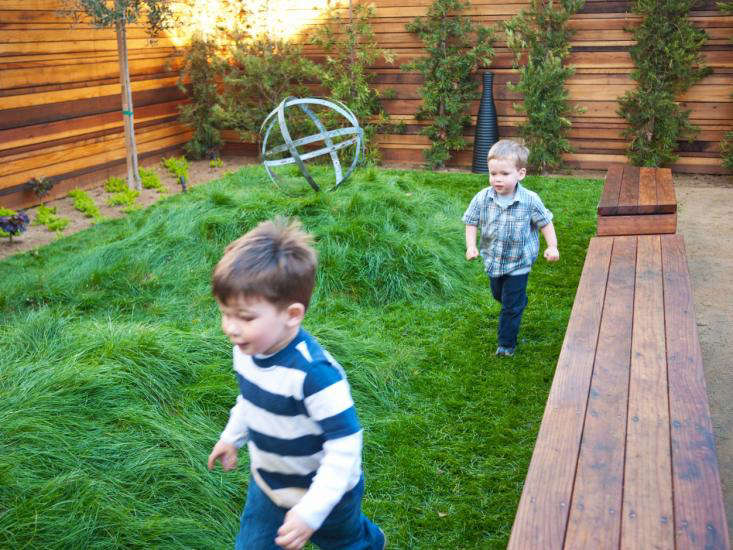 Above: A red fescue no-mow grass blend makes for some backyard fun. See more of this garden in To Lawn or Not to Lawn: With Kids, That is the Question. Photograph by Kayo Shibano courtesy of Creo Landscape Architecture.

No-mow grasses can be beautifully lush and may require less maintenance than regular turf. Some want to go summer dormant and if you water them they will die. Plan on thatching your no-mow grass every 18 months to two years. 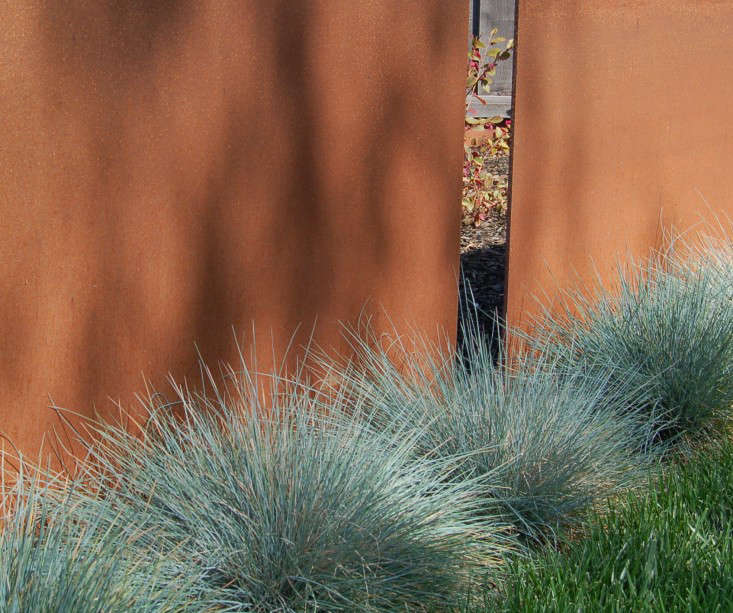 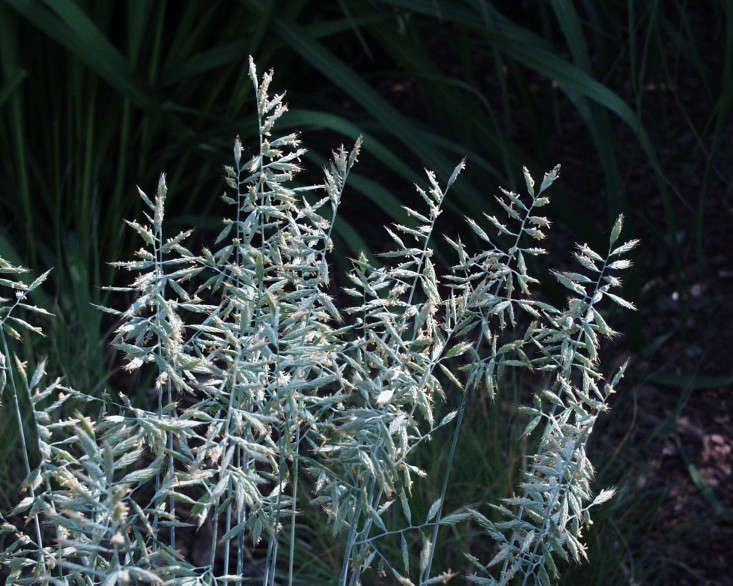 Above: F. glauca ‘Elijah Blue’ is one of the more durable and longer-lived of the blue fescues, but dislikes extreme heat or overly wet winters. Coastal gardens with well-drained soils suit it best. Photograph courtesy of Hoffman Nursery. 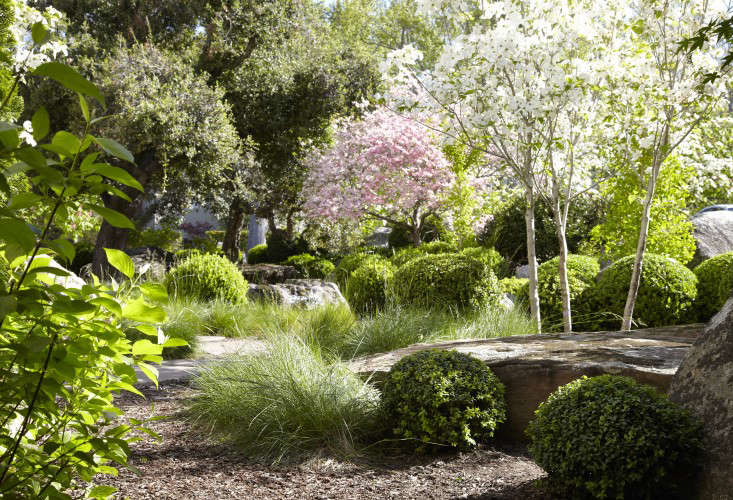 Above: Fescue integrates naturally as it hugs this meandering stone walkway. A cool-season plant, it looks its best in spring and fall, when temperatures are cooler. Photo by Mark Adams courtesy of Scott Shrader Exterior Design.

N.B.: Looking for ways to add perennial grasses to a landscape? See:

Finally, get more ideas on how to successfully plant, grow, and care for fescue with our Fescue: A Field Guide.