Glenn Stancroff’s garden stops traffic. At least it stopped me the other day, bringing out all my garden-voyeur tendencies as I drove through the historic village of Sag Harbor, on Long Island, NY. I hopped out of the car and didn’t even have to trespass: His one-sixth acre is almost all front yard, surrounding a century-old former factory worker’s cottage and fenced with a calf-high divider, just enough to keep people from short-cutting across his corner lot.

What I saw was a tidy, dramatic, fully realized garden. Dominating the front yard: a 15-foot-long, curved, raised bed made of corrugated, galvanized sheet metal, holding several trees and shrubs and set in an expanse of gravel studded with large rocks. Along with the plantings–which include many specimen conifers and ornamental grasses–this set-up telegraphs the owner’s longstanding interest in Japanese design.

Intrigued, I left a complimentary note. Owner Glenn Stancroff invited me back for a second view, including a small rear patio invisible from the street. I learned that Stancroff has a masters degree in urban planning and is now retired from a career with the New York City Department of Health.

Photography by Cara Greenberg for Gardenista. 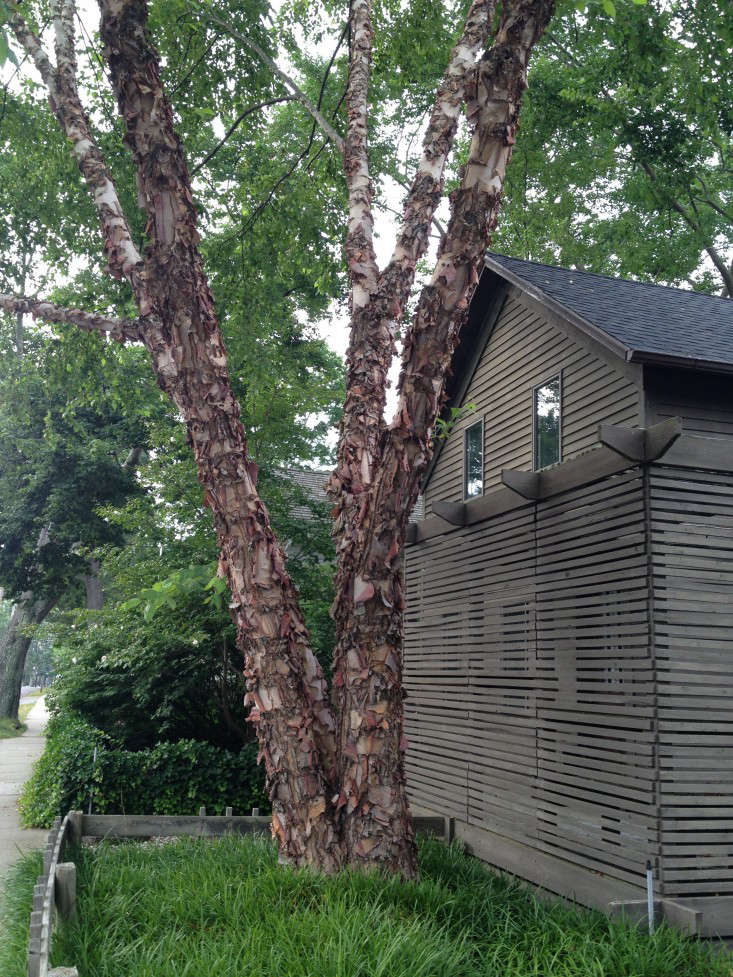 Above: A river birch with spectacularly peeling bark is set in a bed of liriope near a side entrance to the house–a century-old worker’s cottage with a “second skin” of horizontal wood slats, intended to provide privacy on a busy corner. 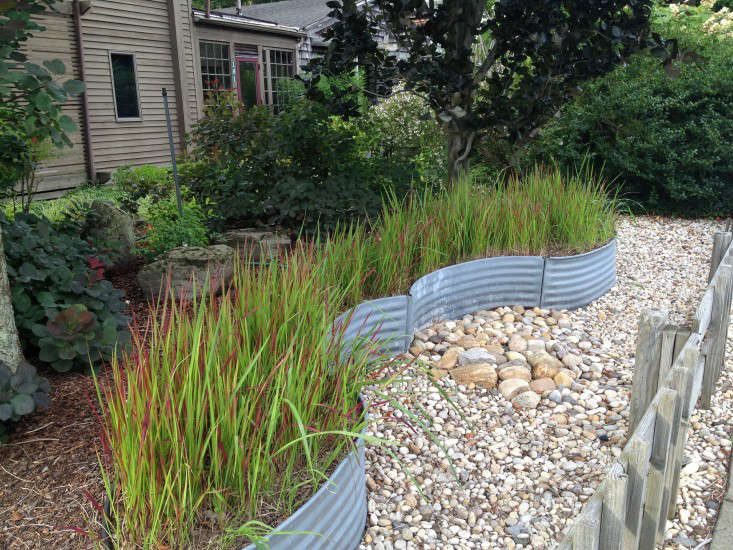 Above: Red-tinged Japanese blood grass fills the front yard’s 15-foot-long raised bed made out of galvanized sheet metal. The overall plant palette is drawn largely, though not exclusively, from Japanese garden tradition.

As a gardener, Stancroff is completely self-taught. And yet he has designed, built, planted, and tended the garden single-handedly over a period of three decades. “I went to books and looked things up as I went along,” he says.

Above: A smoke tree in bloom, along with ornamental grasses, a maackia (a small deciduous tree), and a European beech round out the enormous raised bed. The white panicles of oakleaf hydrangea brighten the background. 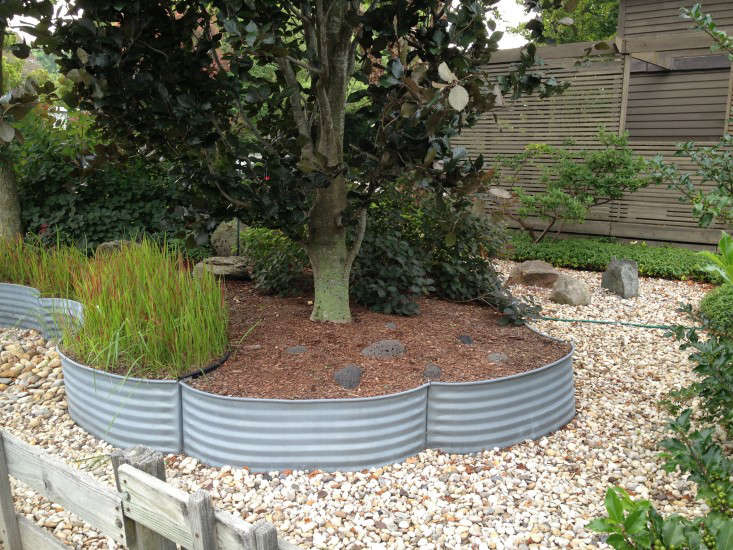 Above: Stancroff scraped up the existing topsoil to fill the raised metal bed, adding organic fertilizers and some peat moss. “The soil here is exceptionally rich,” he says. “I’m blessed to be at the bottom of a hill, and over the millennia nutrients have washed down onto my property.” 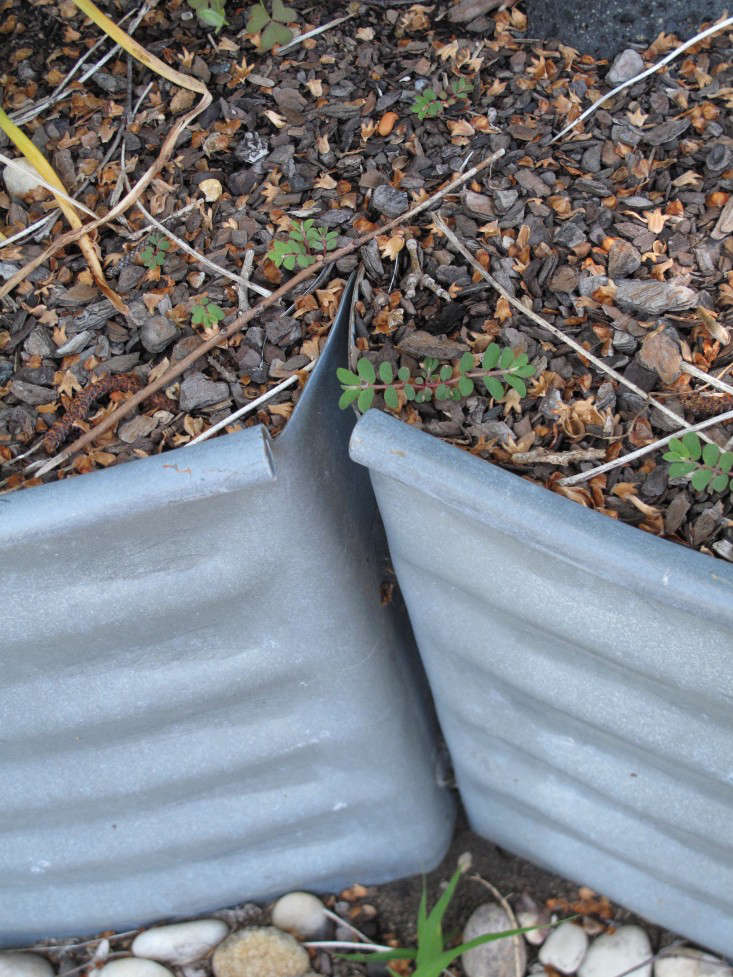 Above: Stancroff used galvanized sheet metal designed for below-grade window wells to construct the raised bed (and a few planters, too). Galvanized nuts and bolts on the inside hold the sections together. He created a free-form shape by arranging the sections to form both convex and concave curves. 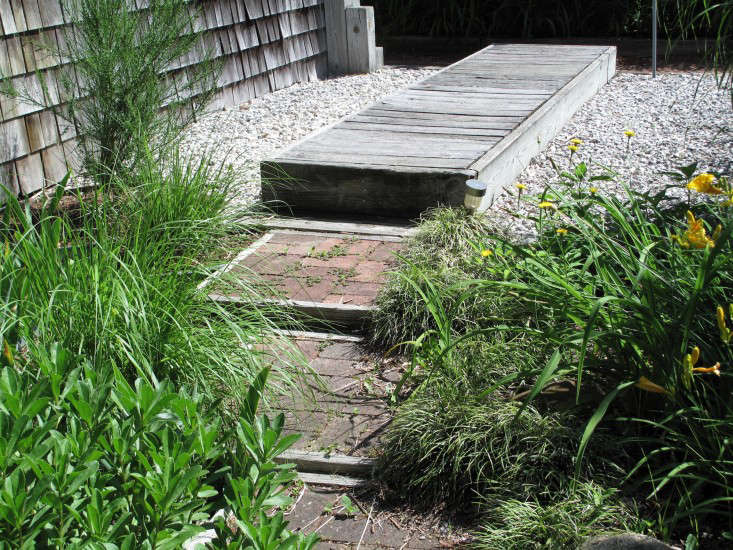 Above: Squares of brick step up to a cedar boardwalk that leads from the front yard through a bed of crushed marble to a parking area at the far end of the house. The Stella de Oro day lilies at right are what Stancroff calls his best survivors. “Over the years, the garden has gone through many changes and mutations,” he says. “If something doesn’t work out, I replace it.” 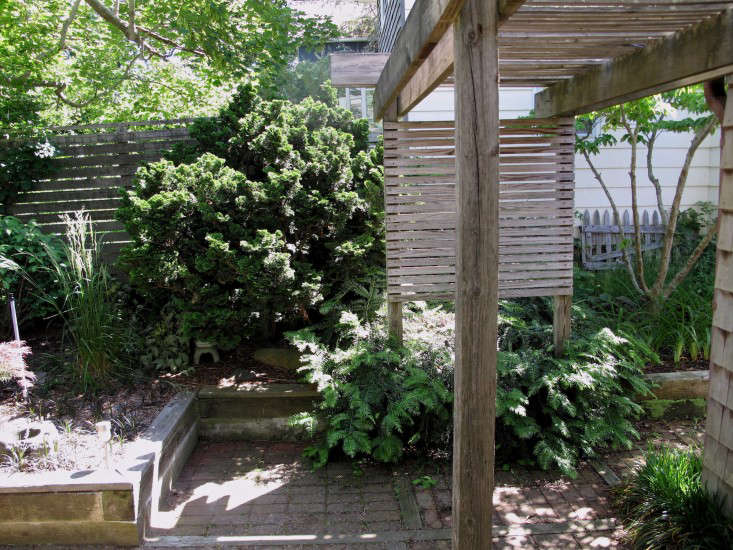 Above: A small patio made of brick and railroad ties at the rear of the house provides complete privacy. Under the pergola: a long-needled weeping yew. 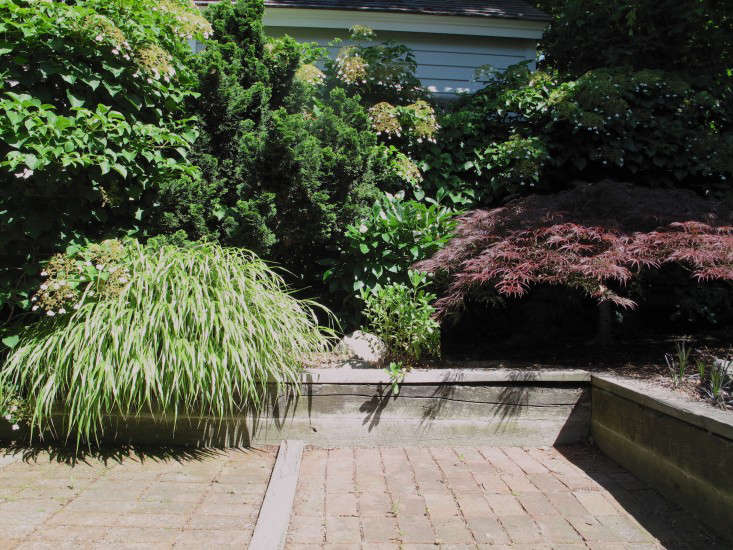 Above: In a raised wooden bed along the rear property wall, a red Japanese maple, Hinoki cypress, and climbing hydrangea reinforce the Japanese feeling. 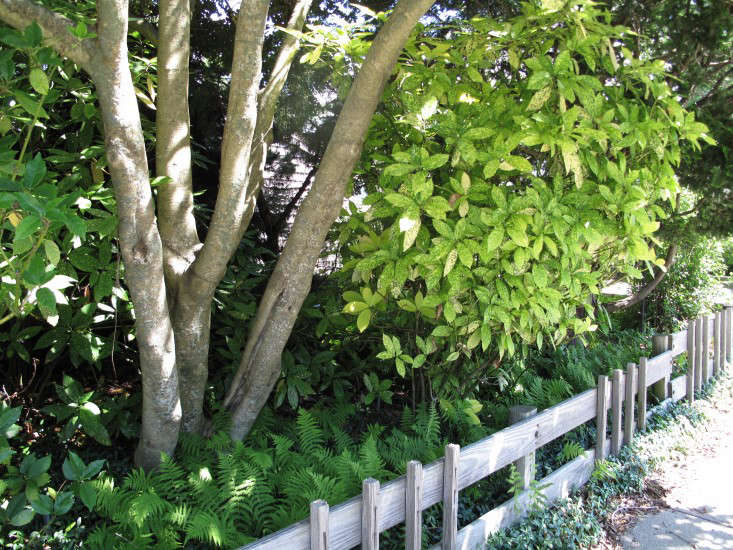 Above: Stancroff designed and built the 18-inch fence of pressure-treated wood as a gentle signal to would-be trespassers. Turns out I’m not the only voyeur: This garden is something of a local attraction. “Whenever I’m working outside, someone invariably stops to tell me how much he or she enjoys the garden,” he says. “One man even makes a point of bringing his visitors to see it.”