Even in Silicon Valley, software engineers do not live by code alone. PayPal’s headquarters in San Jose is home to an organic vegetable garden with 30 raised beds so employees can grow their own food. (And there’s a waiting list to get a plot.)

Built in 2013 by South Bay-based StartOrganic, the garden started as a small-scale project on a shoestring budget. Three years later, “the garden flourishes every season because we basically make it hard for people to fail out there,” says StartOrganic co-founder Troy Smothermon, who runs monthly hands-on workshops to offer Paypal’s lunch-hour gardeners tips on how to keep their crops alive: 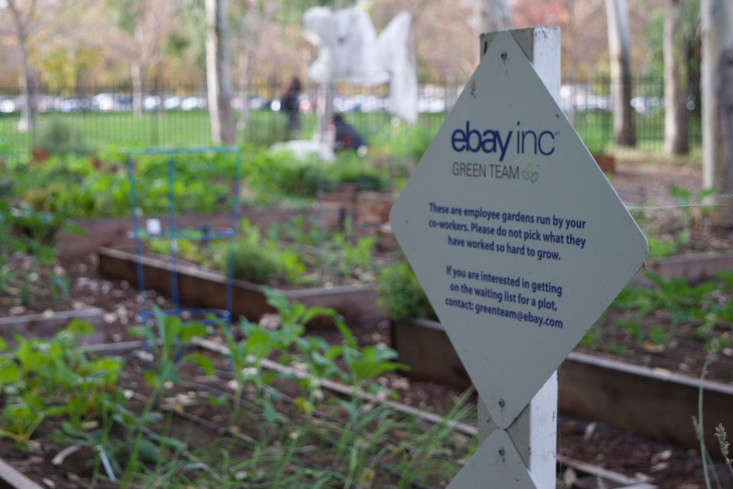 Above: “We built the garden back when Paypal and eBay shared a campus and we originally met with the leader of eBay’s green team,” says Smothermon. “He was managing a garden that was struggling, with free garden space for employees to use as they wanted. But the ‘free’ space wasn’t working, because it gave employees who weren’t gardeners the idea they could go out and harvest other people’s veggies, or rip out other people’s plants.”

Smothermon and his partner, SmartOrganic co-founder Josh Levine, came up with a new plan. Nowadays employees have to sign up for one of 24 raised beds (the other six beds are maintained as a demonstration garden for educational purposes) and pay a $30 fee twice a year for plants and seeds. “The $30 is a commitment; we wanted employees to feel some ownership,” says Smothermon. “And by the end of the year, they’ve taken between $380 and $480 worth of organic produce out of their garden.” 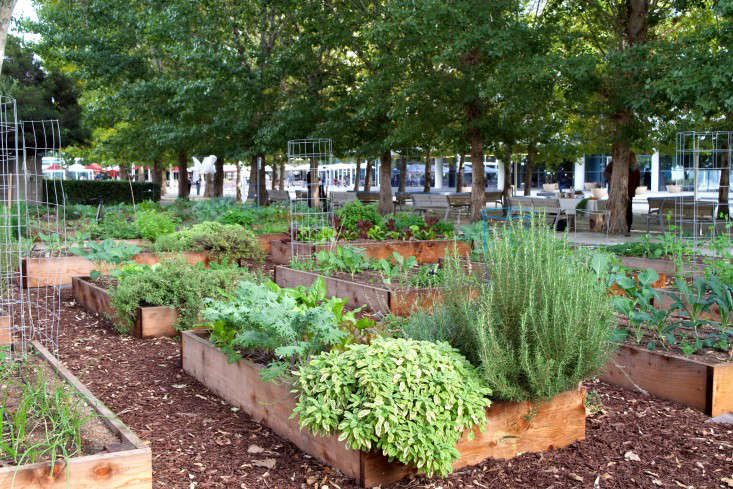 Above: The waiting list for one of two dozen 4-by-8-foot garden beds “is as long as the number of people in the program,” says Smothermon. “We give priority to people who want to garden in a group so more people can be involved.” 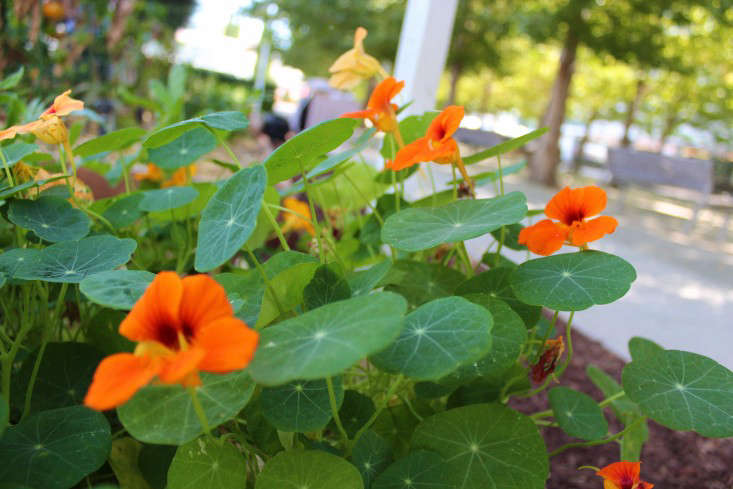 In addition to running monthly how-to workshops, Smothermon and team are on site once a week to maintain the garden beds. “We do it at lunchtime so employees have a chance to ask questions,” he says. “It’s like having office hours for a professor. They ask us questions that range from ‘what can I plant so I’ll always have something to harvest’ to ‘how much should I be watering’?” 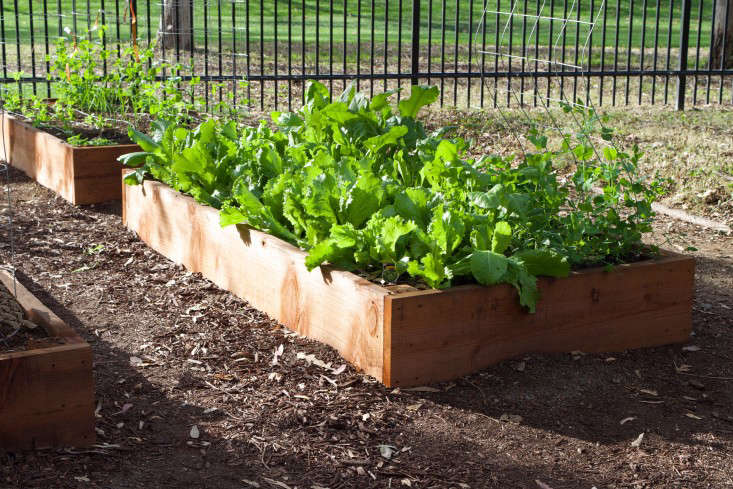 Above:  “There are two big planting seasons, and the next one is coming up really soon,” says Smothermon. “In preparation, this month we’ll do a pretty massive cleanup, and pull everyone’s plants that are finished.  It’s a dirty job and we’re not expecting people in suits and ties to be out there doing it.” 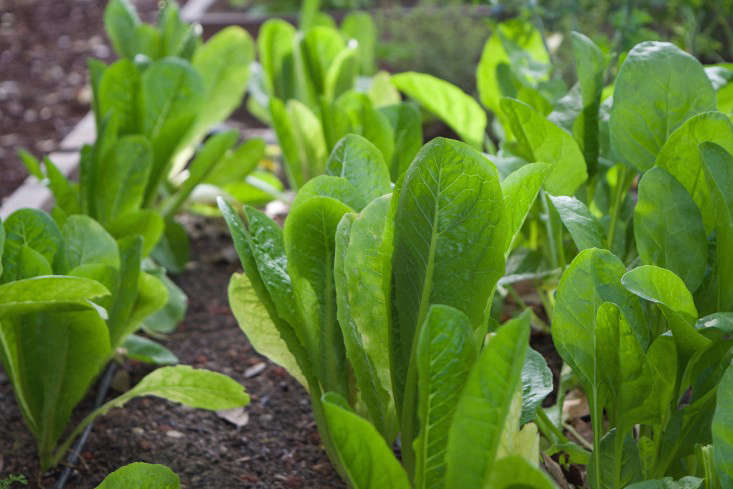 This month StartOrganic will fix any problems in the automatic irrigation system, compost plants, till, and add soil amendments to the employees’ beds. “We’ll be ready to have planting days starting March 30,” says Smothermon. 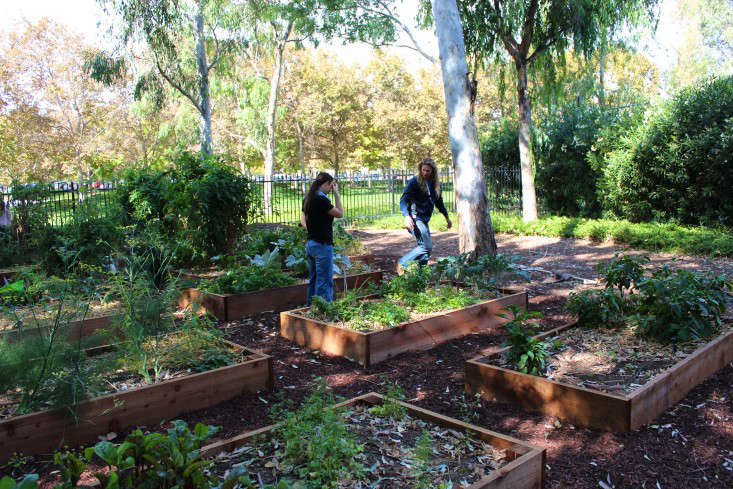 Above: Smothermon (R) at work in the garden.

Built of redwood, the boxes are 12 inches tall and are filled with organic soil. An in-ground irrigation system is set to “water crops minimally and follow sustainability practices,” says Smothermon. Employees can fill watering cans to give individual plants more water as needed. 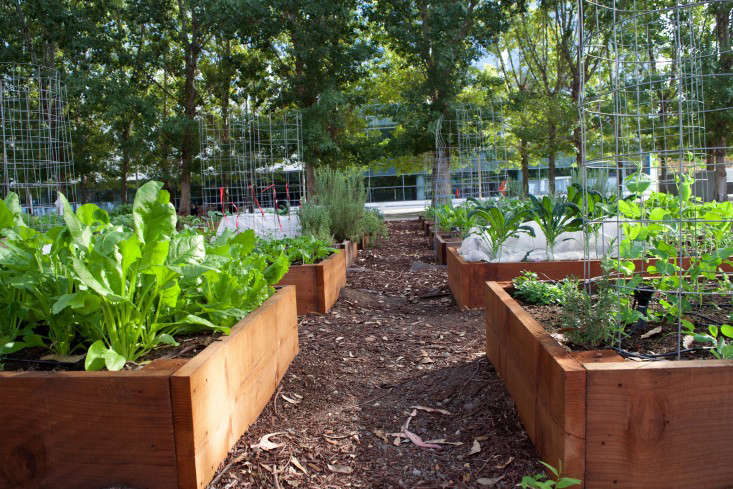 Above: “We give them a seasonal list of plants and seeds they can buy—including tomatoes, peppers, zucchinis, carrots, beets, and radishes,” says Smothermon. “Some plants like tomatoes we buy from local nurseries instead of starting from seed, because some plants do better when they’re in a 4-inch pot and have been growing for six weeks in the care of a nursery.” 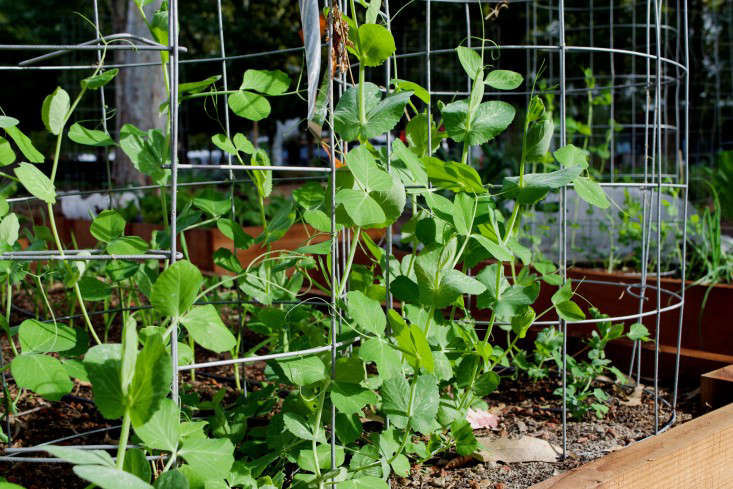 Above: Peas grow on metal cages in a garden bed.

“We just go buy trays and trays of veggies from local nurseries to keep in our own greenhouse,” says Smothermon. 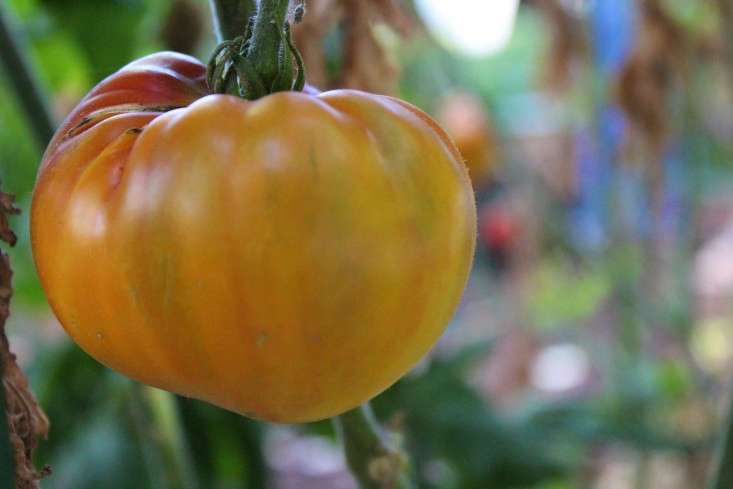 Above: A tomato ripens on the vine.

The area is pretty close to dining halls and we do harvest the vegetables in the demonstration beds and give them to the catering company on campus,” says Smothermon. “We’re we’re not able to feed the masses with what we’re producing there, but it really is educational.” 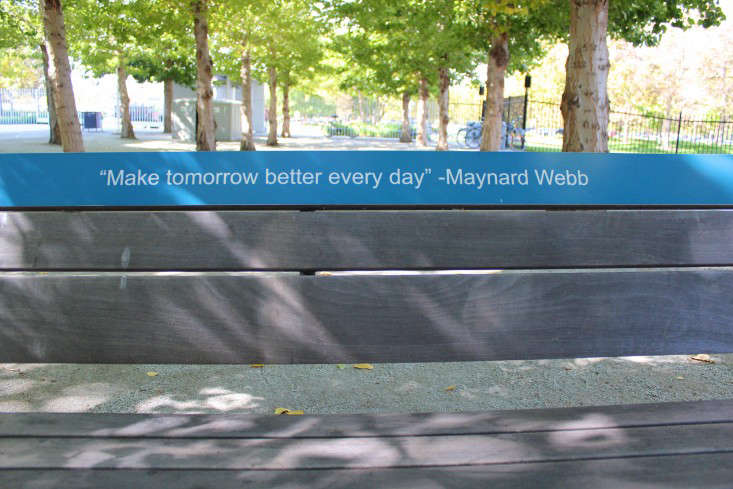 Above: “A corporate garden is a great thing for people who are working 40 or 60 hour work weeks and don’t have the time or energy to garden at home,” says Smothermon. 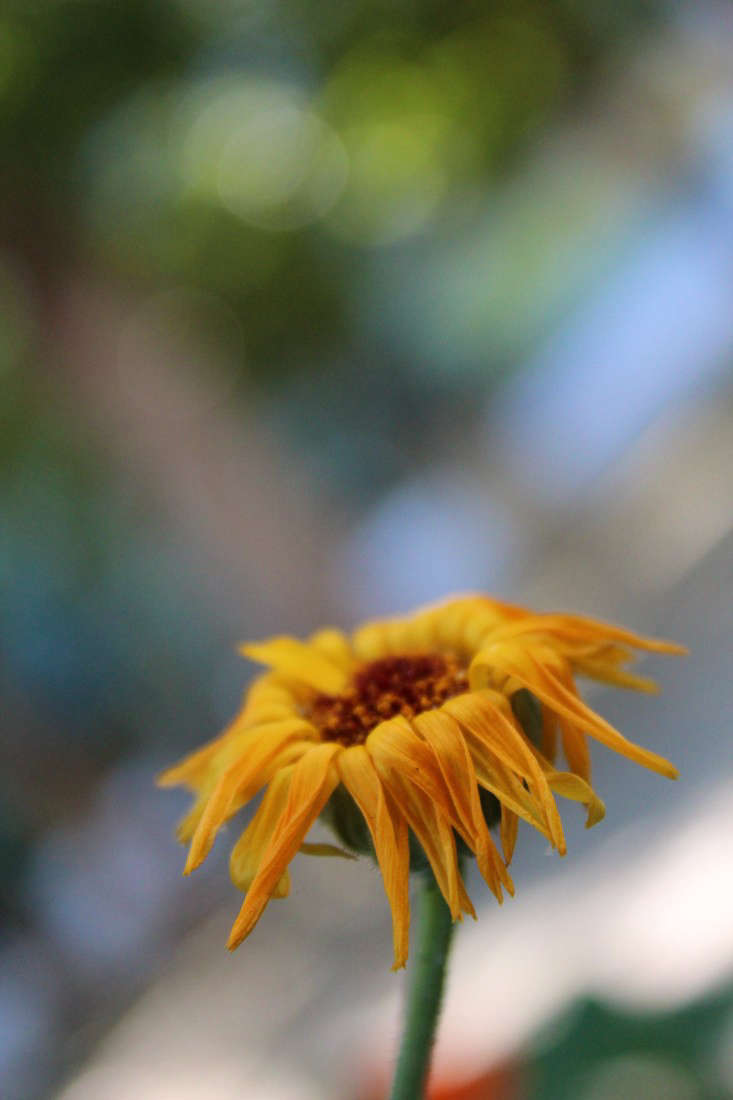 Above: Calendula at work.

“For the last five generations, we’ve have been robbed slowly of the most important thing people can do, which is to grow your own food and know where it comes from,” says Smothermon. “Gardens like this can fix that, one step at a time.”

Click and Grow: A Miniature Herb Garden for a Kitchen Countertop