The original patio slab had been poured right up to the walls, so the couple had 2-foot trenches cut in the slab around three sides of the patio to create planting beds beside the walls. Olson installed trellises onto the block walls and planted vines, watered on a timer-run drip system. “The trellises are black metal grid wall panels that are typically used for retail display walls,” Olson says. “They are very sturdy and very cheap–about $12 to $15 a panel, depending on size. I installed them as a DIY project using a hammer drill and the hook system from the grid wall manufacturer.” 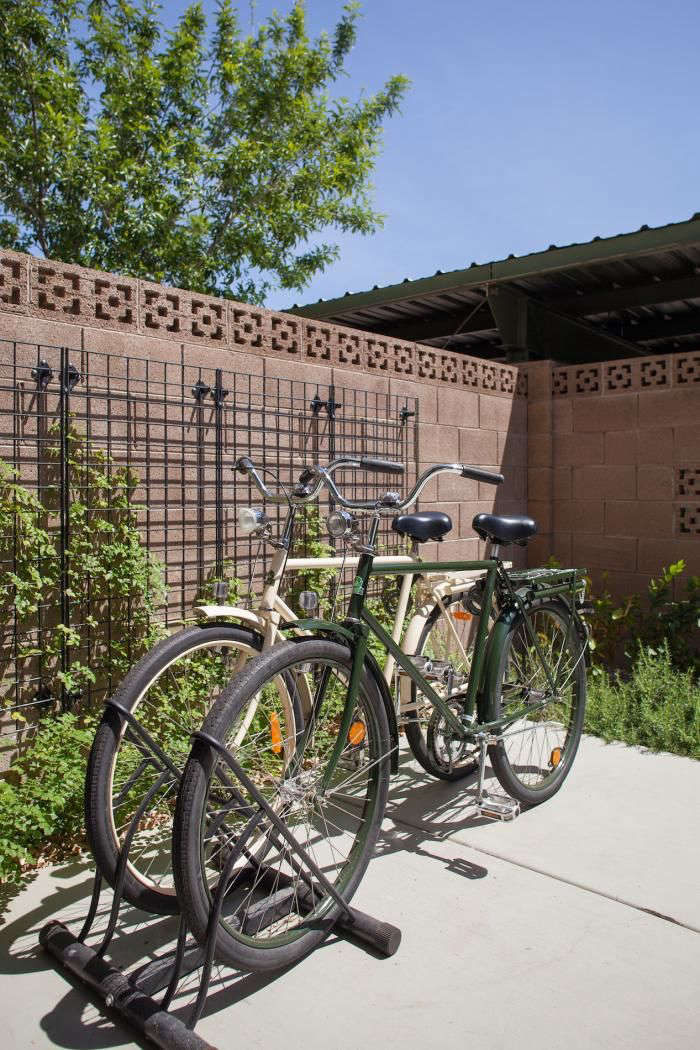 Above: Says Olson, “A year later the vines cover the walls nicely, and the space is greener and a lot more pleasant. It also screens the carport, which isn’t very attractive.” 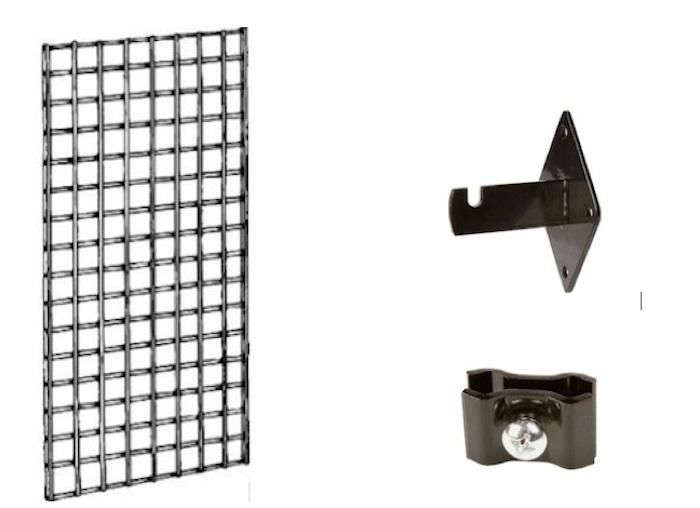 Above: A carton of three black Deluxe Grid Panel for Retail Displays (L) is $54.34 from Amazon. A set of four Deluxe Wall Mounting Brackets (top R) is $7 from Amazon. A box of 25 Deluxe Butterfly Joining Clips is $14.68 from Amazon.