When I was at school, we lived near the River Thames and the Henley Regatta. And oh, the excitement: tents going up, American college athletes arriving, a temporary job carrying race results from the umpire (in his varnished boat) to the press box on stilts in the middle of the river. Four very full days. Then suddenly it was all over, and provincial England in the summer was more dull than ever.

The Chelsea Fringe Festival was designed to combat feelings of letdown after a great event and to take to new levels the heightened “flower awareness” that happens in London during the annual Chelsea Flower Show. The festival’s founder Tim Richardson is a garden thinker and motivator, and it is to his credit that the Fringe, which is only in its second year, has something for everybody. It runs concurrently with the flower show and longer, until June 9.

Above: Last year, the inaugural Chelsea Fringe attracted the Duchess of Cornwall, who is shown here inspecting a very small garden by The Pothole Gardener. Fringe Festival Director Tim Richardson is be-suited on the right.

Above: Chiswick High Road in west London became the first Edible High Road, with offices and shops decorating their respective sections of pavement with apple trees with edible underplantings. There were also vegetable-planted bus stops, flowery roundabouts, etc. This year the edible high road idea has taken off all around the capital. Neighborhoods are embracing the momentum created by flowers.

Above: Daphne’s Italian Restaurant on Draycott Avenue, SW3, has been involved from the beginning, and this year will be embracing the local Flower Show by collaborating with Boskke Sky Planters.

Above: Many shops and restaurants are taking the cue, particularly in the Royal Borough of Kensington and Chelsea. Brompton’s Chelsea Fringe is a good source for events which are a stone’s throw away (or short cab ride) from the Flower Show itself. 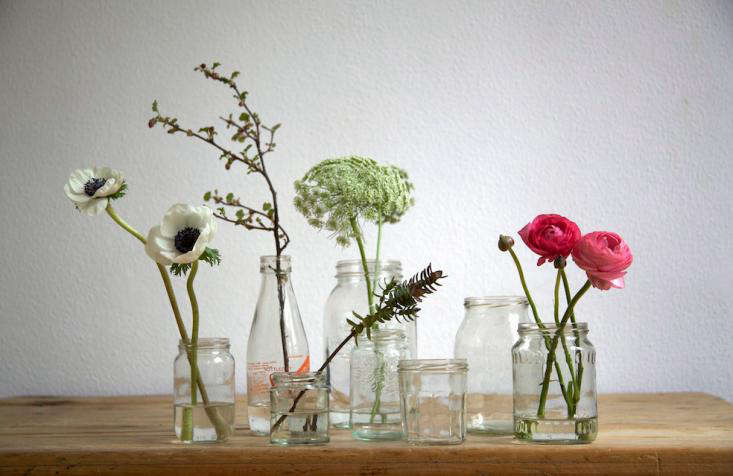 Above: Jonathan Adler on Sloane Avenue will be targeting house plants, “making them fabulous” in collaboration with Clifton Nurseries. Further afield, bag makers Ally Capellino in Shoreditch will have windows designed by their favorite florist, Hattie Fox from That Flower Shop, with bookable workshops (Hattie’s flowers shown here). Ditto Couverture in Notting Hill, who will be collaborating with Vic Brotherton at Scarlet and Violet.

Above: One of the hubs of the Chelsea Fringe Festival will be the Battersea Power Station, disused for longer than anyone can remember. It is diagonally across the river from the Royal Hospital, host to the Chelsea Flower Show. Already, plant people including the energetic Paolo from Seeds of Italy have been planted knee-deep in soil, “to promote conversations on sustainability.” Photograph by Kendra Wilson.

Events are taking place outside of London during the three weeks of the Chelsea Fringe Festival. Alexis Datta, until very recently the head gardener at Sissinghurst Castle, will be available for an “Ask the Expert” weekend at the Walled Nursery, Hawkhurst, Kent.

Above: A Fringe-related event which has an appeal to voyeurs across the capital is Open Squares Weekend, form June 8 to 9, in which the quietest, leafiest, and most exclusive green spaces open their gates. Photograph by Kendra Wilson. 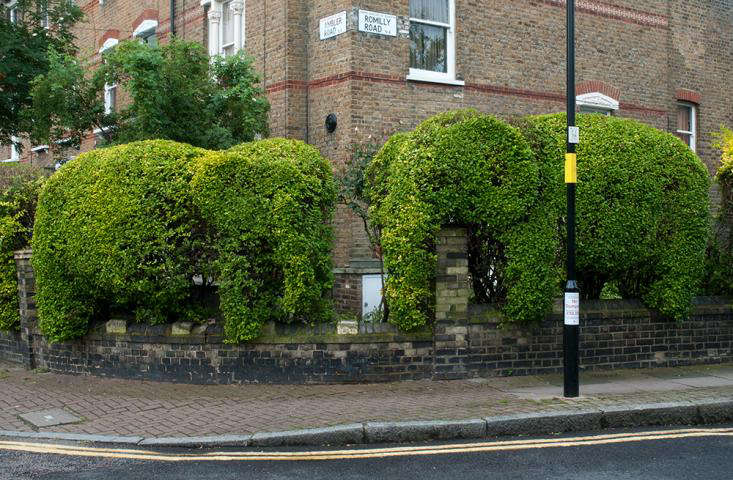 Above: The British street party urge will be indulged and gardening will be the excuse. Cake Sunday in north London will feature–in addition to tea and cake–a choir singing madrigals in a front garden, a seed bomb workshop, and a topiary demonstration by the creator of these front garden elephants.

The Chelsea Fringe Festival runs for three weeks, and it might be more easily tackled with the free Fringe app.

In collaboration with: Entertaining Essentials for Summer Gatherings

Marrying Pots and Plants at Mrs. Robertson in Fort Greene