The American Begonia Society calls Begonia rex “the showboat of the begonia world.” That may be, but the king begonia, or Begonia Rex Cultorum Group as they are more formally known, may just be my Achilles’ heel: a plant that simply will not thrive for me, however much care and attention I lavish on it. I have killed every one I have owned—either a swift execution, or a lingering, painful death over several seasons.

But oh, how much I want to grow these beautiful plants, with their foliage shaped like lopsided hearts (or in botanical parlance, obliquely ovate leaves) splashed, striped, and swirled with silver, pink, plum, purple, chocolate, and scarlet.

In desperation, I turned to Begonia rex breeder Jim Booman of Booman Floral, a wholesale nursery in California, for some specialist advice on how to reverse the fortunes of my begonias and get them looking lush and lovely. I warned him I had quite a few questions about humidity levels, fertilizer requirements, water quality, how much to water—Are there special watering techniques?—and possibly more.

Luckily, he had the answers. Here are his top five tips for keeping a Begonia rex alive.

There are hundreds of cultivars of B. rex to choose among, usually classified by leaf size—small (three inches or less), medium (three to six inches), or large (more than six inches). Their main quibble with modern homes is dry air, Booman tells me, causing brown edges on the foliage followed by leaf drop. “The plants are native to areas with high humidity, so they don’t pump water to the leaf edges very efficiently, as compared to weeds in our yards, which seem to survive no matter how dry we let them get,” Booman explains.

But don’t despair if your once-glorious rex became a shriveled mess over winter. Leaf drop—provided it occurs outside the growing season—doesn’t necessarily signal death. That’s because many cultivars have profound winter dormancy. “Leaves naturally begin to yellow and fall no matter how much fertilizer you apply. Dormant leafless plants take on the appearance of a pile of snakes coiled on the soil, as the twisted old rhizomes wait for a signal from the sun that longer days have returned, making it safe to push out new leaf growth again.”

I don’t know whether to laugh or cry about the fact that I’ve probably composted a few dormant begonias in my time, but it’s also worth noting that key to these survival strategies is the moist air that the plants find in their native climes: The Begonia rex species from which all the plants were bred comes from Assam, northern India.

And exactly how much humidity? Fifty-five percent is the Begonia rex sweet spot, but higher will work too: “I have seen plants happily growing in wet seeps at the edges of caves in Panama where humidity hovers near 100 percent day and night,” Booman notes.

The other key to success with rex begonias in Booman’s book is tap-water quality. That’s because “hard” water with high mineral salt content causes leaf edge burn in rex begonias because they have no mechanism to deal with salt loads. “They evolved in areas of high seasonal rainfall, and no salts in the water.  When given salty water, they pump it to the leaf edges, where it evaporates, leaving these same salts at the pores. The accumulation burns the leaf edges brown and dead.” If you live in an area with hard tap water, switching to distilled water or rainwater will fix this.

Booman has another trick: Water thoroughly so that at least 20 percent of the water flows out of the pot, and don’t let the plant sit in the water for a second, so that the salts cannot be taken up by the plant.

But don’t overwater, either, as this is the number-one mistake with so many houseplants, rex begonias included.

Booman agrees: “People see the tropical appearance of the leaves and assume they must water it like a pothos or philodendron. Wrong. These plants are the ‘cacti of the humid jungles’.  The soil must be allowed to get light in weight, almost dry, before they are watered again. The roots are very fine and delicate. Too much water rots the roots off the plants, especially at cool temperatures, e.g. below 55 degrees Fahrenheit. So water heavily when you do water, but do not water often.”

And finally, feeding is vital to get the foliage looking at its best. Booman advises feeding with a soluble houseplant feed once a month, April through August, at a concentration of 180 parts per million nitrogen. Nitrogen is all-important for leaf production, and although rex begonias do flower, you can pinch out or snip off the flowers when they come in winter to chivvy the plant into putting all its energy into leaf production.

If you’re ready to give your heart away to a rex begonia once more, which of the hundreds of varieties produced by breeders in the past 100-plus years should you choose?

Booman has been working to breed rex begonias with good salt tolerance, a tendency to hold their leaves over winter, and novel leaf pattern or intense leaf color. Booman’s Great American Cities cultivars, including the scarlet-splashed ‘Chicago Fire’ and ‘Omaha Beefsteak’ with large blood-red leaves around a black center, and the ‘Beach Cities’ series including multicolored ‘Cancun Christmas’ with mid-size leaves, are definitely worth seeking out.

The Royal Horticultural Society in the UK carried out extensive trials in 2006, giving the coveted Award of Garden Merit to 25 of the dozens of varieties they grew. Here are the three AGM varieties the testers liked best. 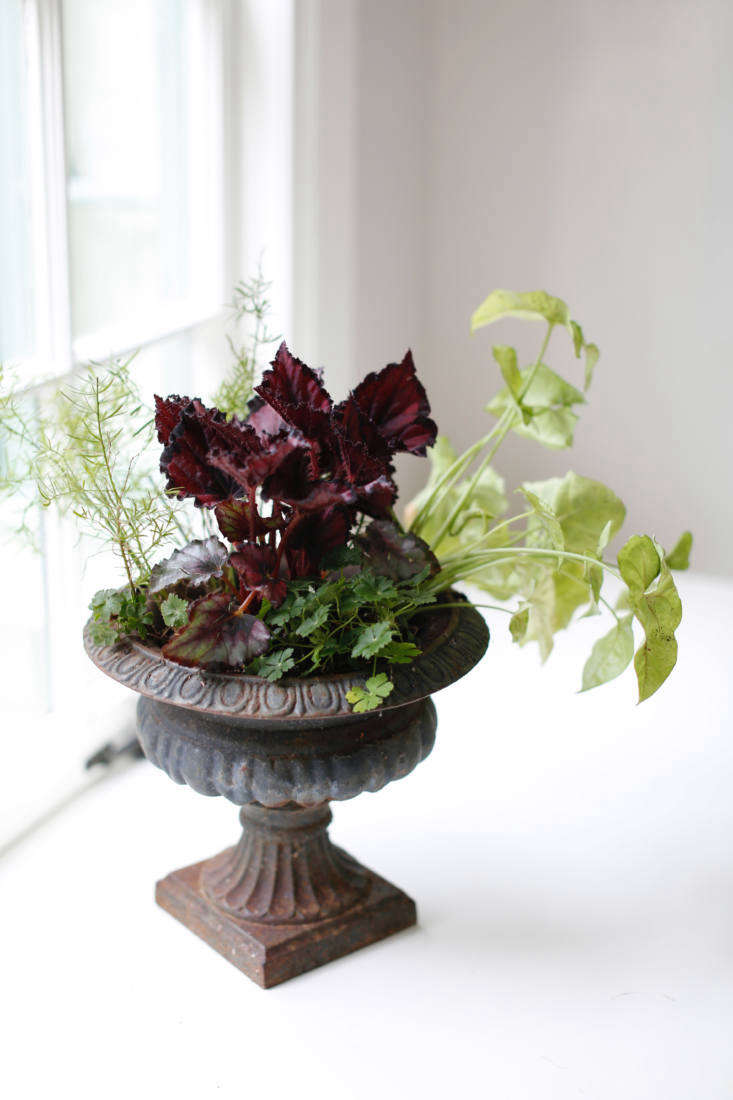 And if all doesn’t go well? Despite its trickiness, Begonia rex is absurdly easy to propagate, and you can make several plants from a single leaf.

See more of our favorite tropical plants in Tropical Plants 101 and more indoor plants with exotic foliage in Houseplants 101. For more inspiration:

Plant Doctor: How to Save a Dying Houseplant