Travel on narrow, winding roads through the picturesque countryside of western Latvia until you come upon a 200-year-old abandoned manor. There you will find sculptor Aigars Bikše, whose “irreverent and political sculptures have been seen from Riga to Venice and Tokyo, while his eccentric sense of style perfectly suits his role as head of Fashion at the Latvian Academy of Art,” reports Freunde von Freunden.

The online magazine recently sent writer Liana Ivete Benke and photographer Reinis Hofmanis to make the trek to the Kurzeme region, where they found Bikše in his studio (and rafting on his pond and feeding his goats). Here is their report: 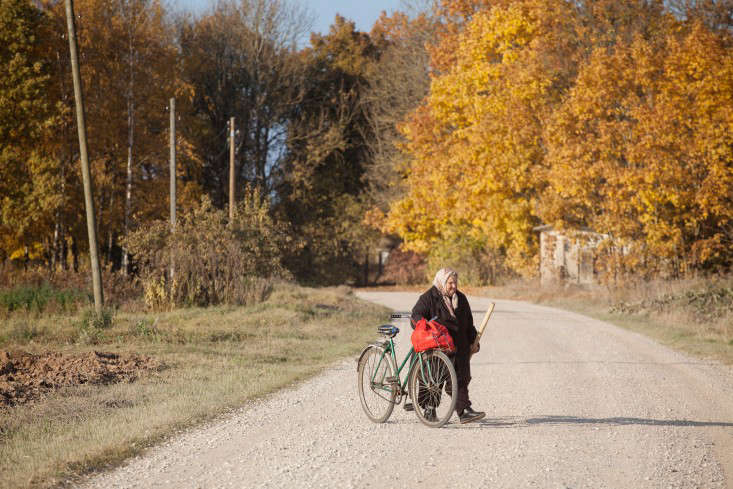 Above: Bikše lives about 60 miles from the capital city, Riga. 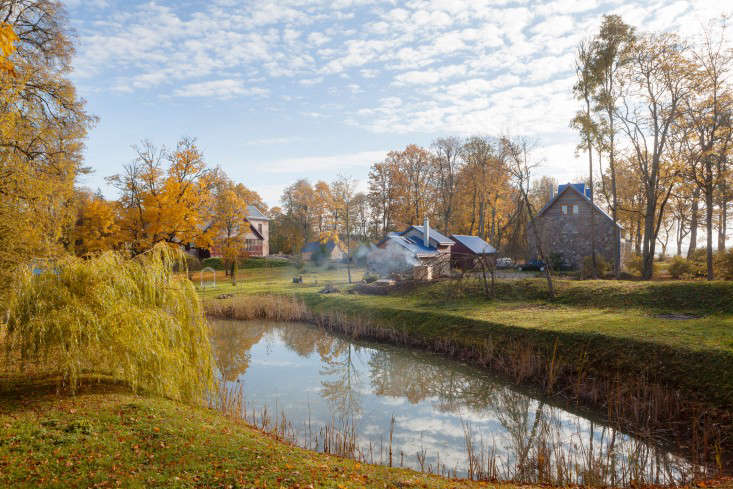 Above: Bikše lives at Laukmuiža manor, a complex of old buildings he uses as living and studio space and is slowly restoring at his own pace. (An exhibition space is planned.) 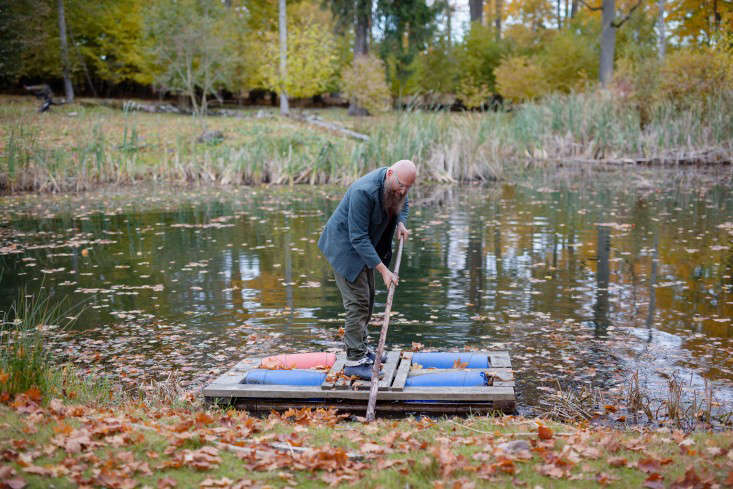 Above: “I have some special rituals here, like swimming in the pond every morning, all year round,” says Bikše. 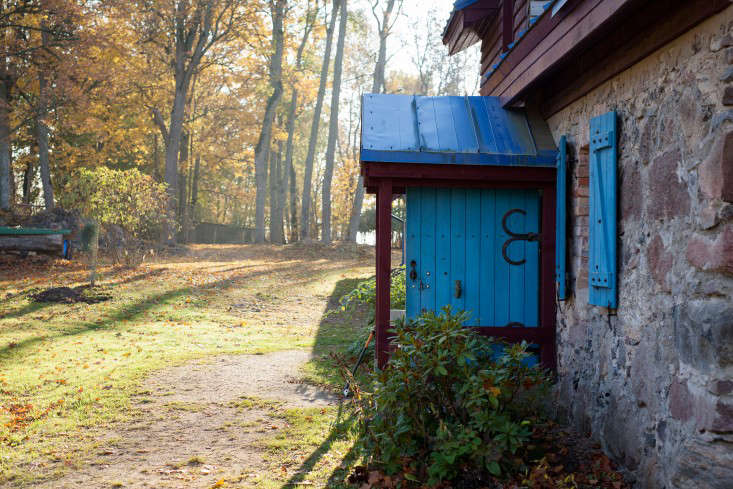 Above: “I had a visit from the descendants of the Baltic German family who used to live here, and left in 1939 before the war. They had old photographs with them, and it looked unbelievable—the grand old house, great beds of roses,” he says. 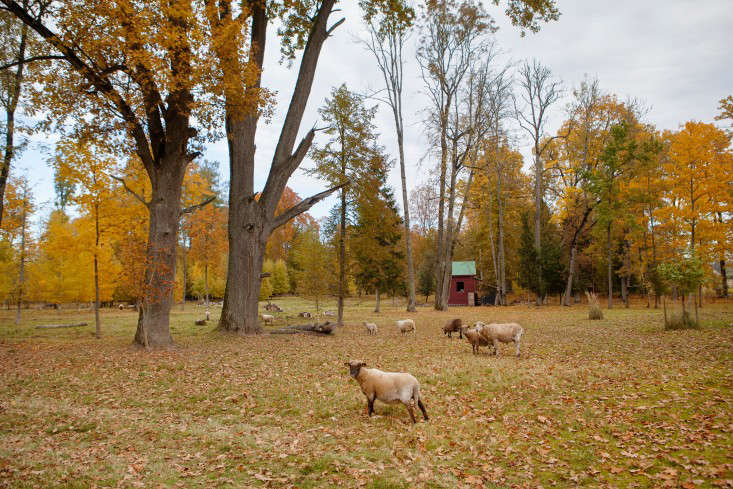 Above: “As we began cleaning up the park, we realized that mowing the lawns is hard work. Flocks of sheep are used to graze in Hyde Park as well± they’re very good at it and eat everything—even new saplings, if we let them,” Bikše told Freunde von Freunden. “Now, since about five years ago, I have a real biological farm±the sheep have a fence around them, but otherwise they’re living on their own like forest animals. Sometimes I don’t see them for weeks.” 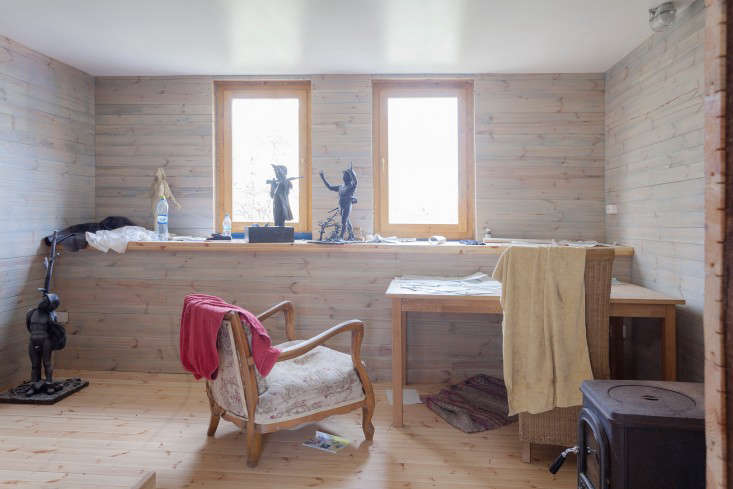 Above: “At the moment I’m working on a project for the Saitama Triennale in Japan next year. Saitama is a huge city on the outskirts of Tokyo, and art is one of the ways they want to create their distinct identity,” he says. 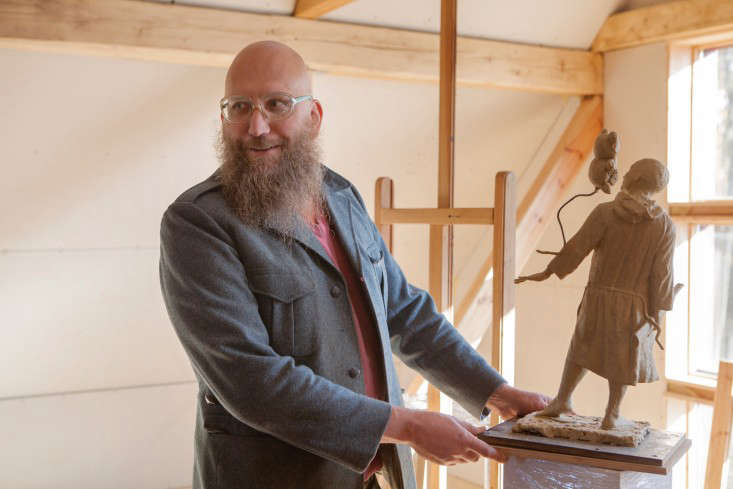 Above: For more of Bikše’s story, see the full interview on Freunde von Freunden.