Small urban gardens are often more valuable for the view they provide than for their limited usable space. In this small garden by a railway line, the striking intensity of a colored wall provides provides a small London architecture office with inspiration throughout the day: 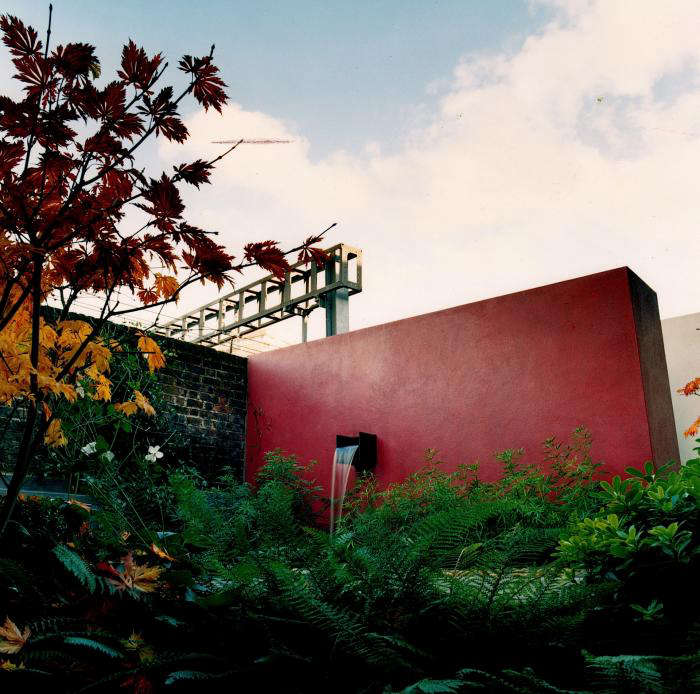 Above: By combining one of his favorite pigments—Caput Mortuum (Latin for dead head)—with Quindo Red, as well as with lacquer and historic paint, specialist Pedro Felgueiras creates a striking red garden wall. 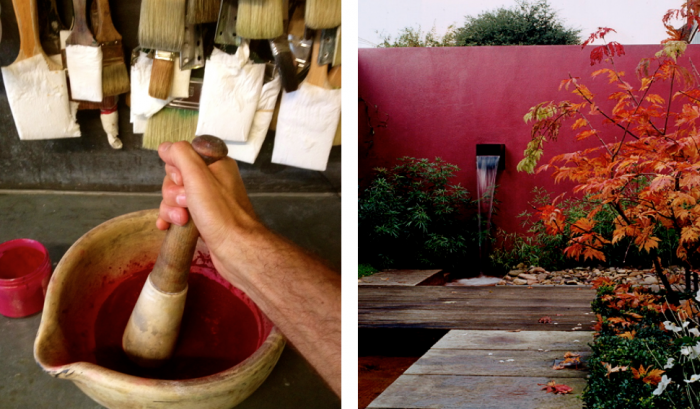 Above: Felgueiras grinds pigments with a mortar and pestle and mixes them by hand to achieve one-of-a-kind colors. The color is then layered between thin transparent glazes in a synthetic resin (alkyd) so the paint can withstand the effects of a constant stream of water from the fountain. 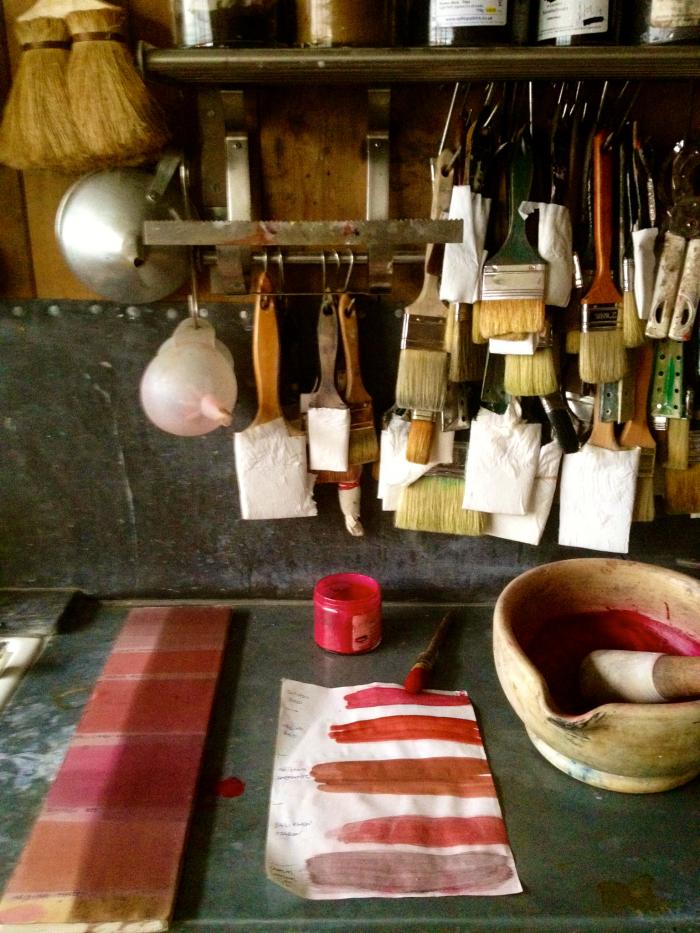 Above: Felgueiras notes: “Caput Mortuum is also sometimes used as an alternative name for mummy brown (alternatively, Egyptian brown). This pigment was originally made in the 16th and 17th centuries from ground up mummies, and its use was discontinued in the 19th century after artists became aware of its ingredients. Some pre-Raphaelite painters in England reputedly buried their paintings when they discovered that this pigment was made up of ground up dead bodies. The name remains, but nowadays this pigment is produced by mining some forms of Hematite (iron oxid ores). This pigment varies in hue from red, to purple, to brown.”

(N.B.: To see an application of Blue Verditer, another favorite pigment of Felgueiras, see “Color Couture: Blue Verditer by Pedro Feigueiras.” For more color inspiration see 133 images of Color in our Gallery of rooms and spaces.)