The Yolo Cabin is a modern, simple, and portable home that allows its owners to literally pick it up to move it to a different corner of their property.

The back story: Weary of their existing home on a 400-acre farm in Yolo County near the town of Winters (a farming community in California’s Sacramento Valley), the owners of the Yolo Cabin asked their son, SF-based architect Lewis Butler of Butler Armsden (and a Remodelista Architect/Designer Directory member), to design a new space for them. Knowing they would eventually want to move the cabin to another location on their land, Butler’s parents requested a mobile cabin. The structure, based on two large glu-lam beams, can be picked up and moved by a truck, resulting in a very light footprint on the surrounding area. To see more, go to of Butler Armsden. 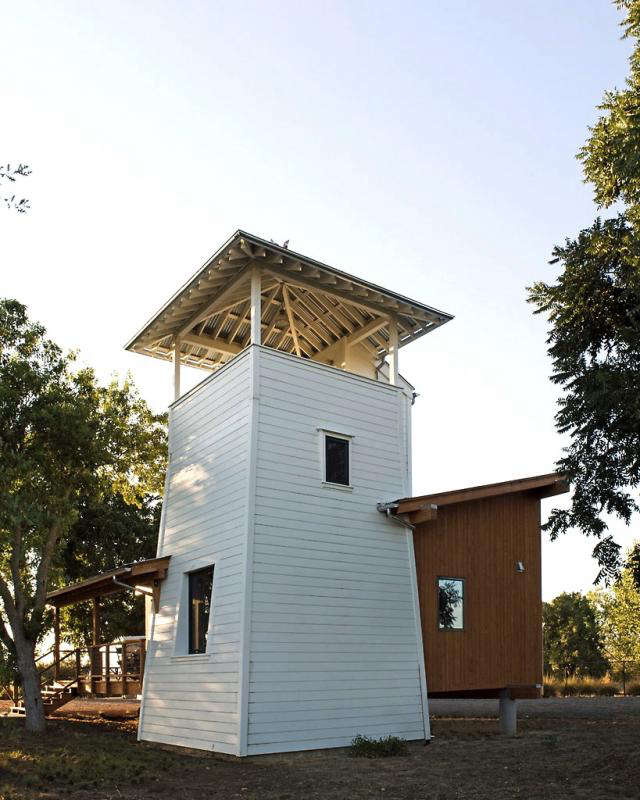 Above: The architectural forms are inspired by the local water towers and lean-to sheds that dot the agricultural landscape in the area. For inspiration, Butler’s father took photos of water towers along the outlying areas of the farm. 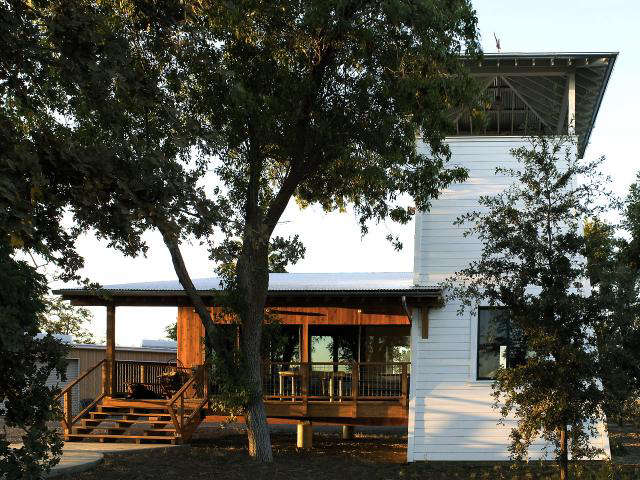 Above: The main room of the cabin is housed in the lean-to section and is elevated to enhance the view and capitalize on air circulation during the hot summers. 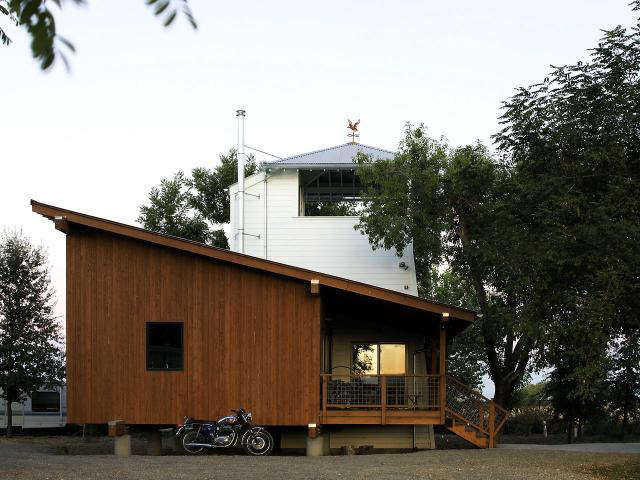 Above: The cabin is a mix of two very distinct farmhouse styles. “Its design is kind of a mashup between two local farm forms,” says Butler. “On one hand, you have this very classic water tower. On the other, you have this single, almost chicken-coop-like main building.” The building has a very defined industrial feeling, partly due to Butler’s use of standard farming materials throughout the structure. 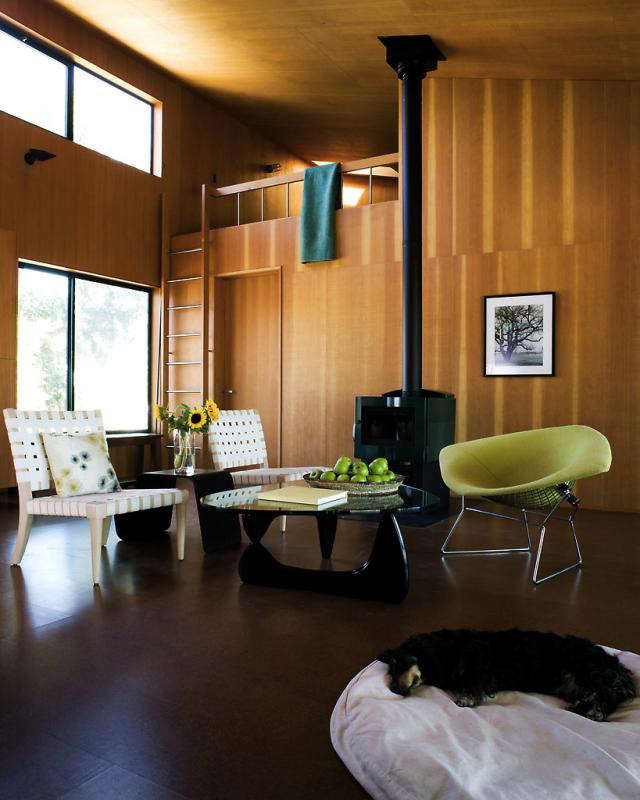 Above: The neat loft tucked away in the living area functions as a sleeping area for overnight guests. The interior is clad in vertical grain Douglas fir.

Are you dreaming of a rustic cabin? See Family Camp: Nettly Wood Compound. 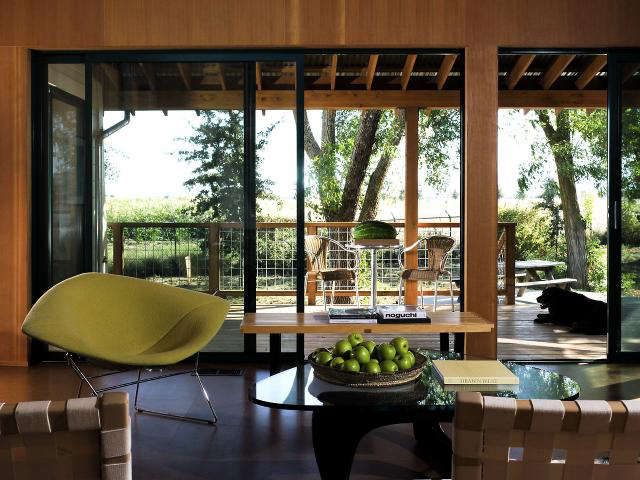 Above: Butler used Douglas fir framing material on the porch and Alaskan yellow cedar for the decking. 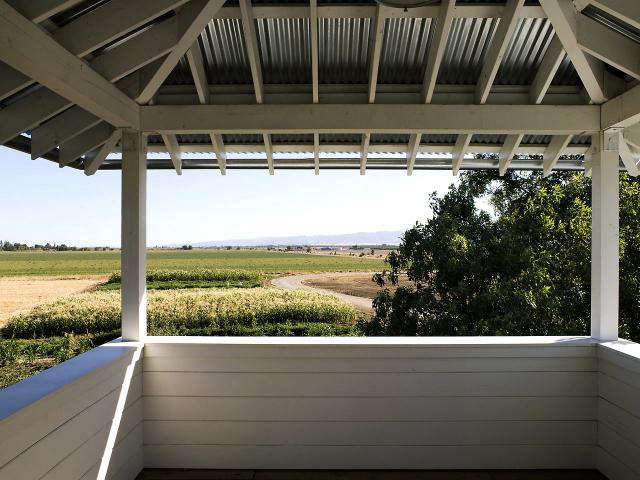 Above: An open deck on top of the tower provides 360-degree views of the surrounding farmland. 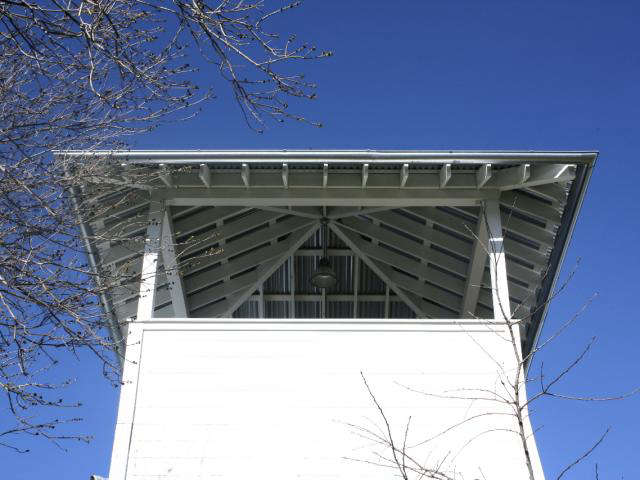 Above: Looking at the open deck from below. 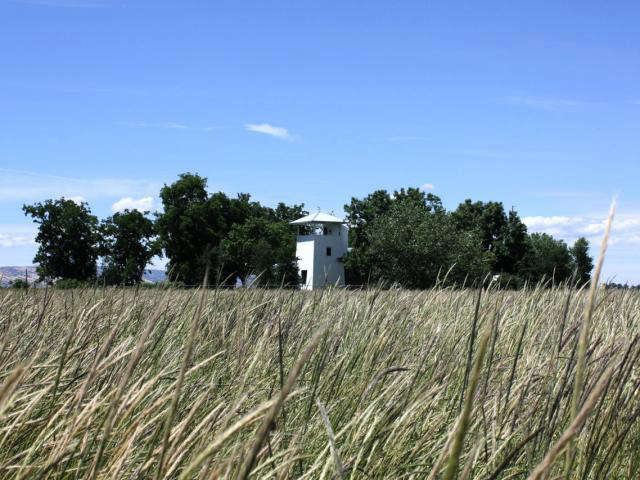 For another unusual cabin, see Little Cargo Container in the Big Woods.

This is an update of a post originally published January 23, 2012.