In the rolling hills of racehorse country outside of Lexington, KY there sits a remarkable monument to the ingenuity of the human race.

It is the restored remains of a village built in the early 1800s by an industrious religious sect known as the Shakers. The village is called Pleasant Hill. It is now a National Historic Landmark and country inn featured recently on Remodelista. Today the Pleasant Hill farm is gone, but a fitting monument to it exists as an extensive, three-acre kitchen garden planted in the 1970s: 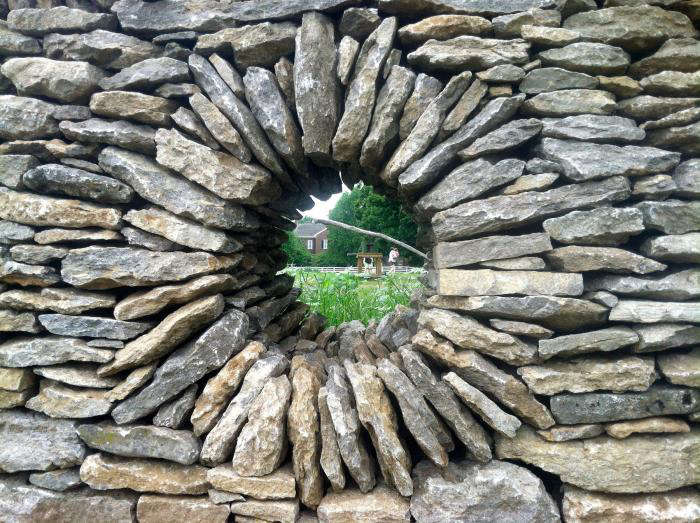 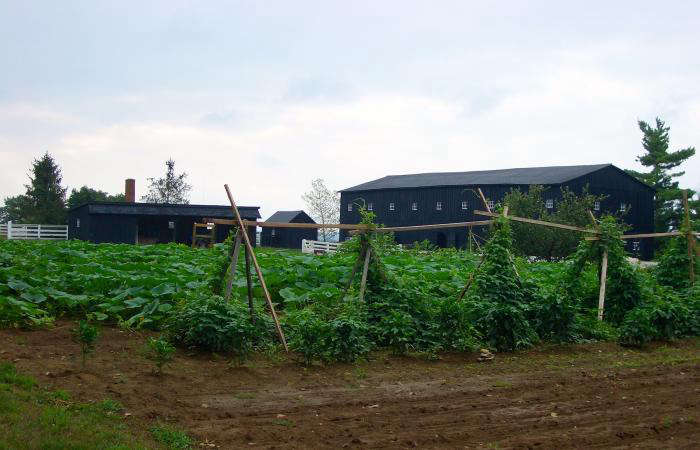 Above: As befits a living history museum, the gardeners — there are only two — can be found here working the rows of squash, tomatoes, corn, and sorghum by hand much the same way the Shakers did. Volunteers often pitch in and guests of the inn are encouraged to pick up a trowel and help out. The garden is not certified organic, but no herbicides are used. 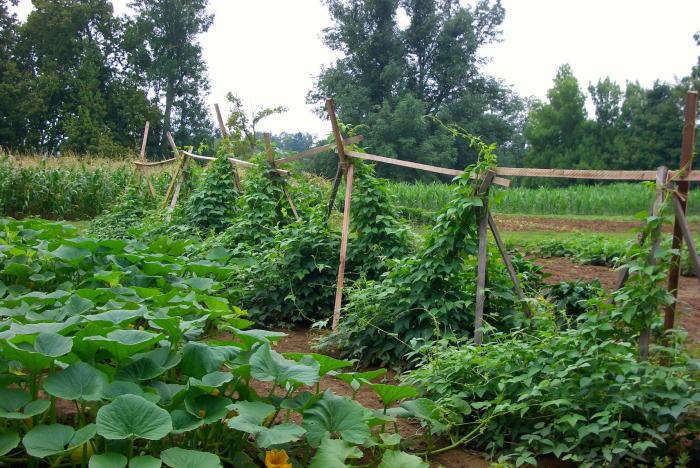 Above: Heirloom crops, similar to those grown by the Shakers, are planted beside more modern disease resistant varieties. While the garden cannot supply all the food the busy kitchen needs, the inn relies as much as possible on its homegrown produce. 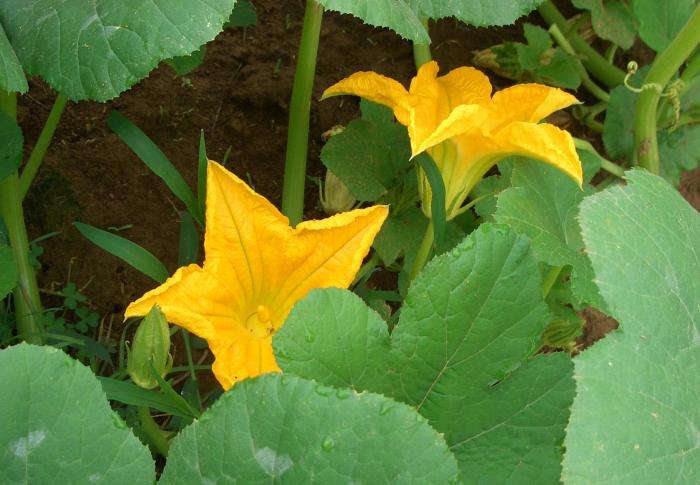 Above: In the spring the culinary team works with the gardeners to decide what to plant. As the season progresses, menus for the dining room are planned around what is ready for harvest in the garden as well as the bounty from local farms. 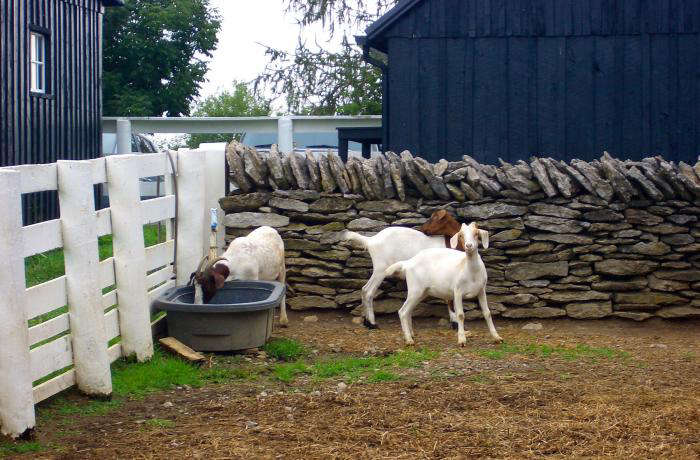 Above: The garden sits in a 19th-century small farm setting. On its perimeter are pens of animals, kept as they might have been in that long ago time. Exotic chickens and sociable goats can be seen in pens enclosed by fences made of traditional hand-laid field stone. 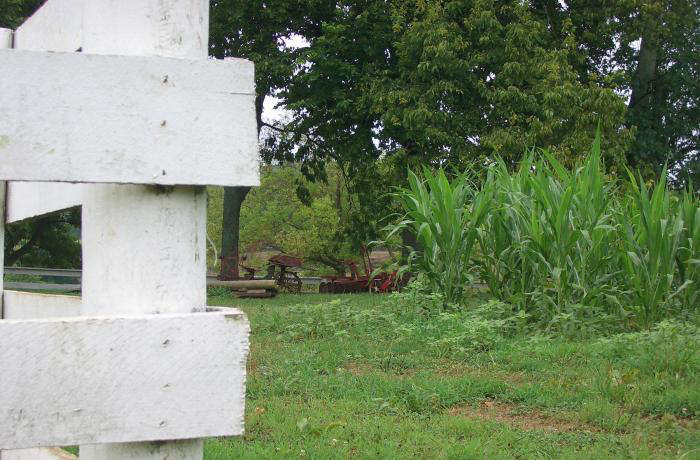 Above: Shakers were inventors and design visionaries. We still revere their humbly elegant furniture and credit them with important agricultural discoveries.

For another meditative garden, see “The Amazing Labyrinth of Harmony Hill.“ 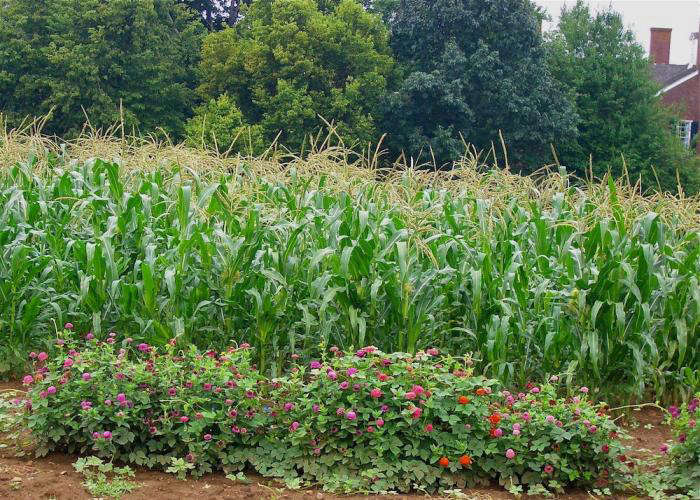 Above: Rows of corn edged by flowers. 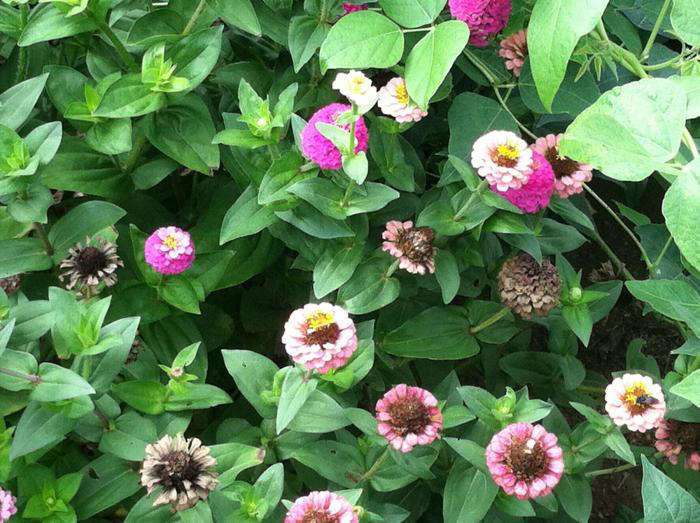 Above: Zinnias next to the corn. 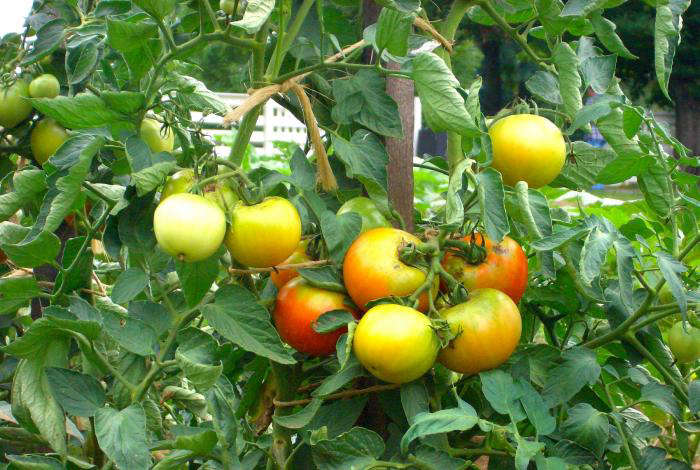 Above: Tomatoes on the vine in the garden. 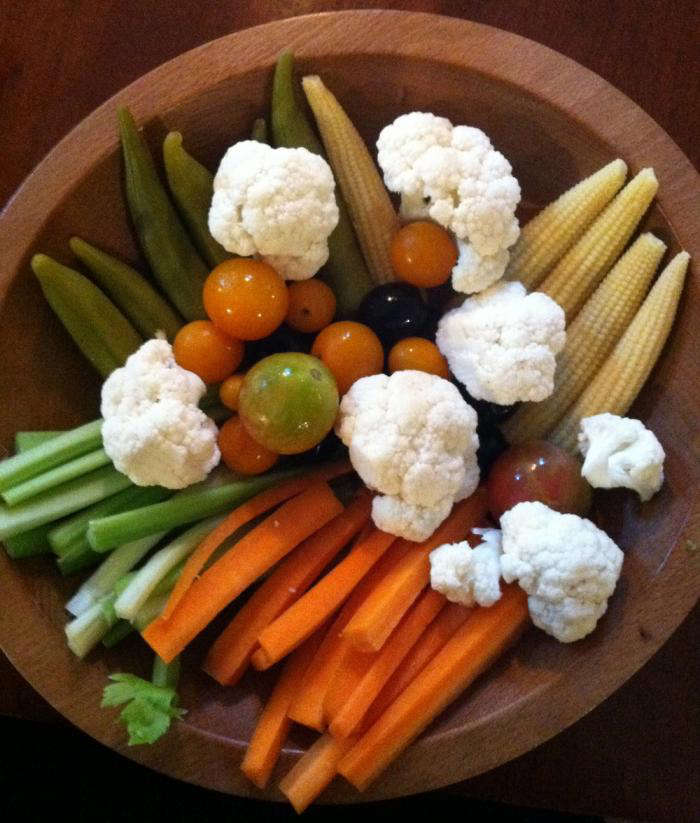 Above: The garden’s harvest, served in the inn. 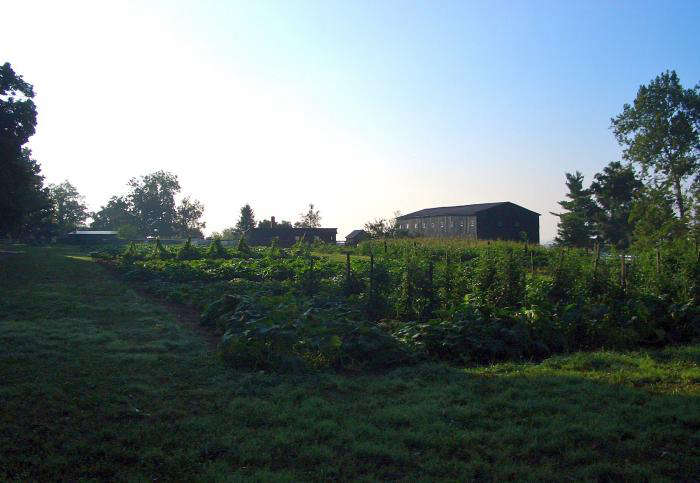 Above: Standing at the garden’s edge early in the morning when the hills are still misty, it’s almost possible to conjure up the men and women in their homespun clothing already bending to their work in the fields. Shakers believed that the way to live was to put their hands to work and their hearts to God and that a lovely garden made for a lovely life.