Gregoire de Lafforest, a French architect whose projects include the Hermí¨s Paris headquarters as well as boutiques for Cartier and mansions for Veuve Clicquot, took a more whimsical route when he designed his own loft in a converted warehouse on the rue Victoire. Using a greenhouse kit from the Garden Factory (painted and customized), he sectioned off a kitchen space and installed Ikea components to keep costs down. 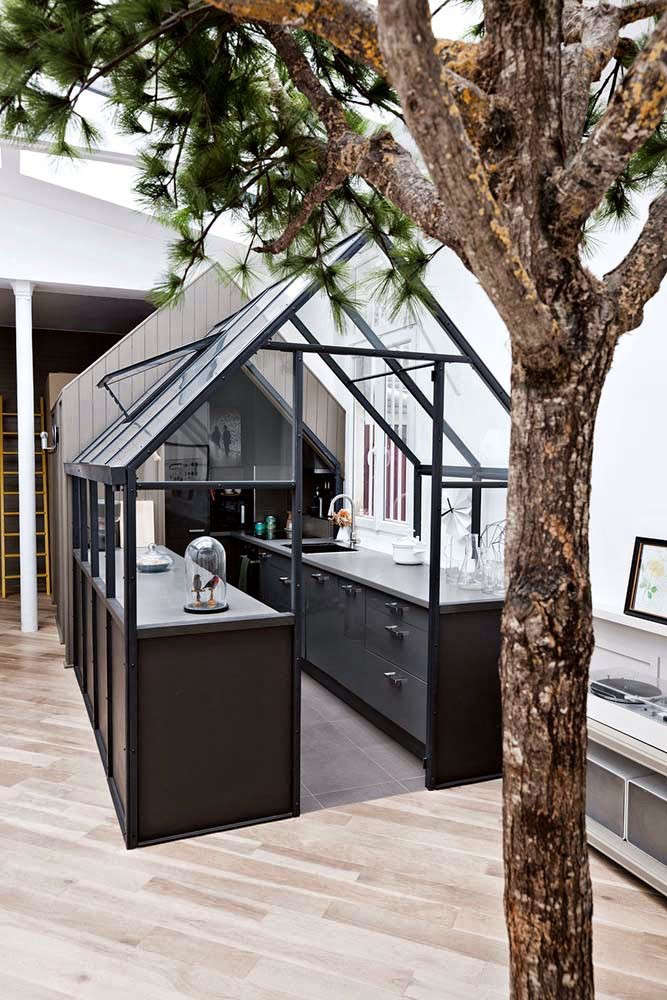 Above: A preserved pine tree anchors the lofty space. 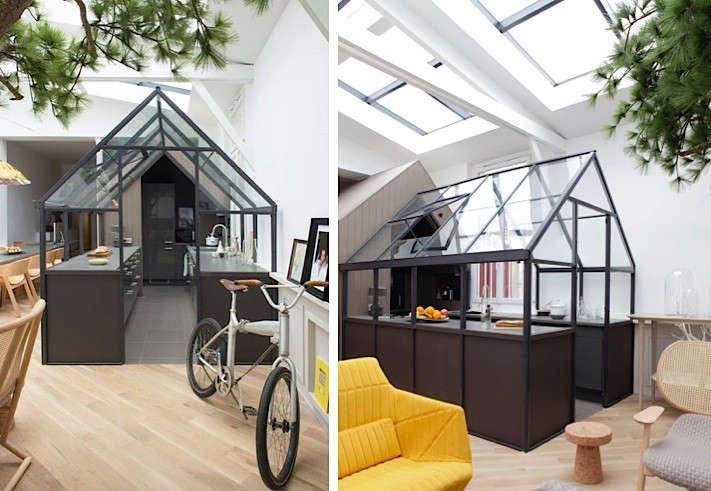 Above: The space is minimally furnished, with the greenhouse taking center stage.

Above: A view of the light-flooded loft from the greenhouse (for something similar, consider a steel Tuileries Greenhouse for 3,599 euros from Maisons du Monde).

A Tiny Greenhouse on Wheels.