The Pilgrims who came ashore from the Mayflower were serious gardeners. They had to be. If their crops failed, they’d have starved. Here are ten of their best garden ideas, worth stealing nearly 400 Thanksgivings later: 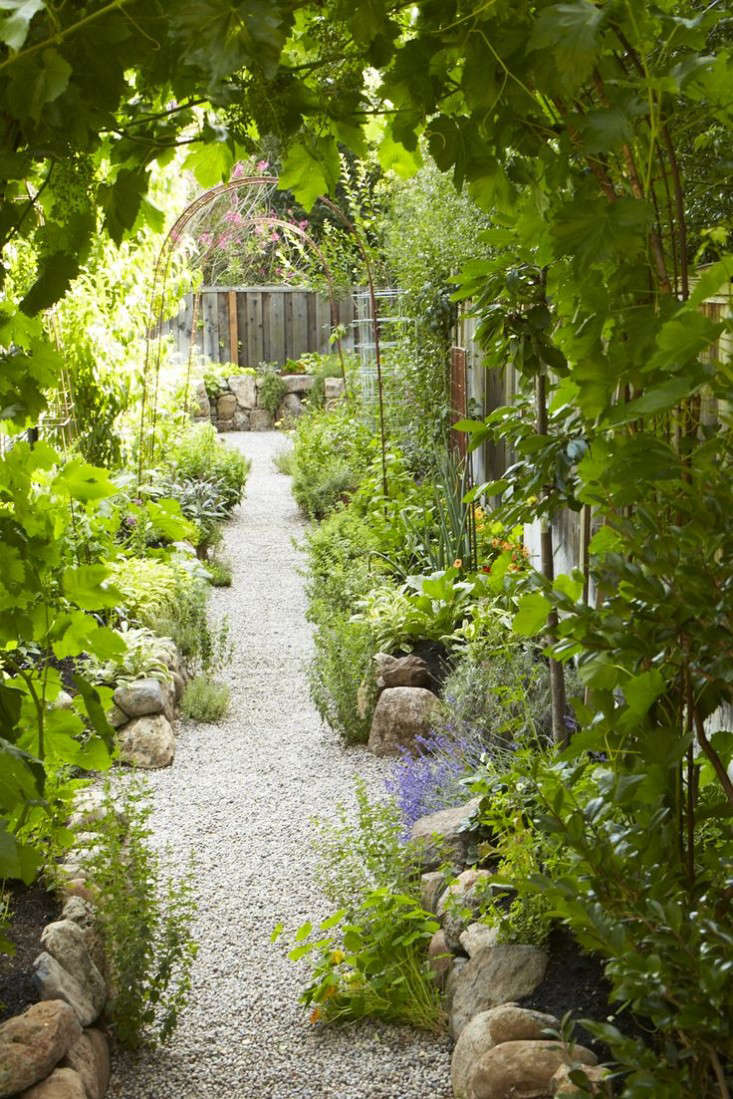 The Pilgrims had individual garden plots outside their houses, but they pooled their resources and planted staple crops such as corn in communal plots on the edge of town. For modern gardeners, community gardens are places to exchange ideas, get advice, and work side by side with neighbors. Like the Pilgrims, you can plant more intensively in a single, dedicated plot–and end up with a bigger harvest to share.

Above: Peas on the vine; for more, see DIY: How to Save Seeds for Next Year. Photograph by Abby Meadow. 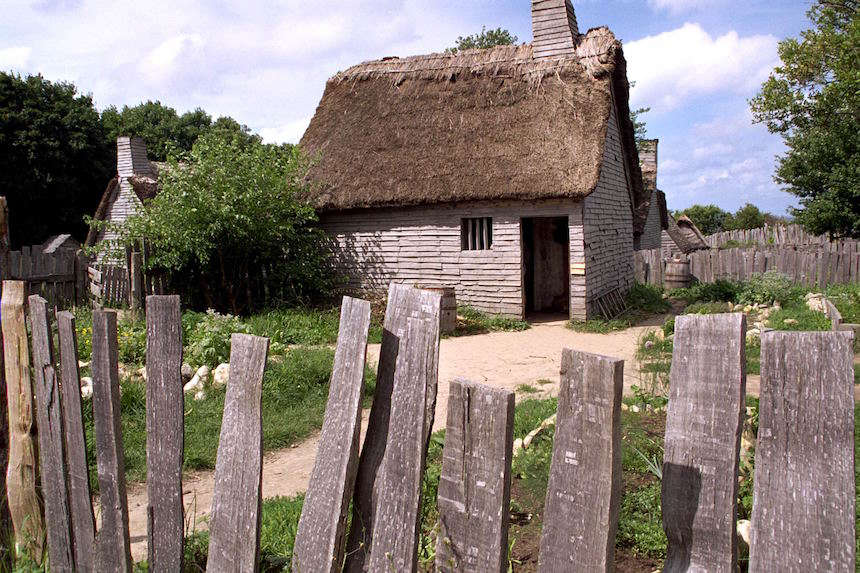 Above: A rustic picket fence at Plimoth Plantation. Photograph by Ben Franske via Wikimedia.

The Pilgrims came prepared to grow peas, but their first crop failed in 1621. Historians think they may have planted peas by the same timetable they would have used in England, not realizing that the harsh New England weather required them to wait.

Not having access to The Old Farmer’s Almanac Planting Dates Calendar (customized by location), the Pilgrims had to learn by trial and error. By 1629, they had the pea problem solved; the Massachusetts Bay governor’s garden had a thriving crop, according to the diary of the Rev. Francis Higginson. 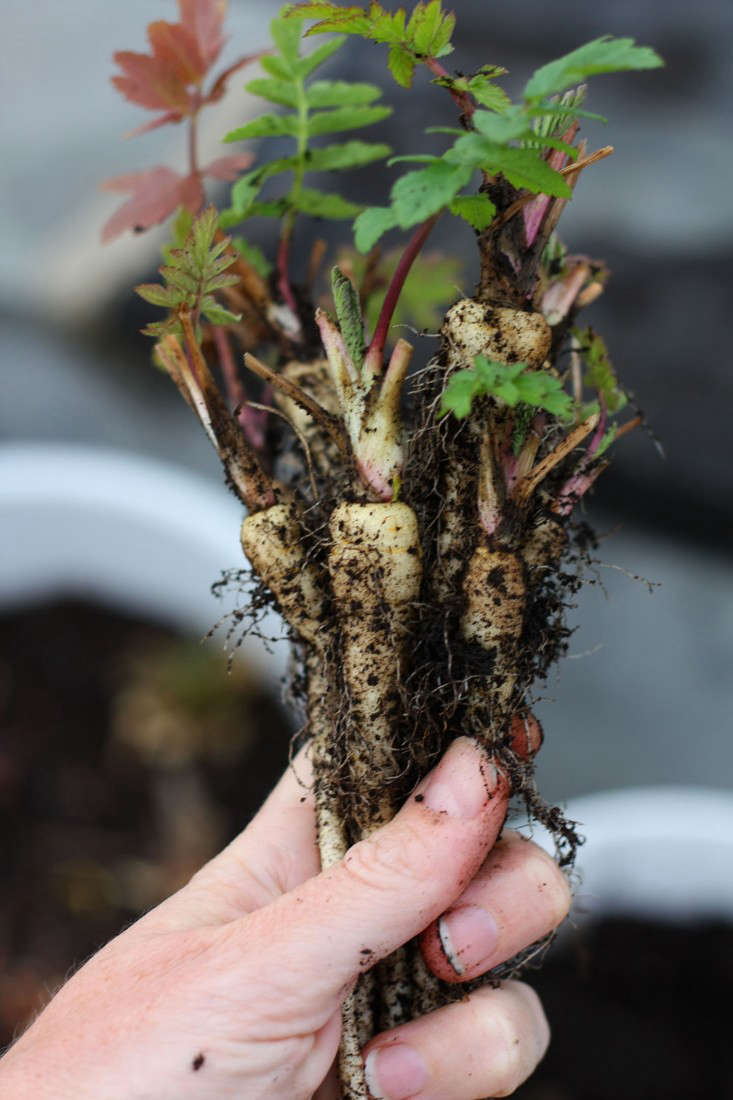 In addition to growing the usual suspects like turnips and carrots, the Pilgrims raised crops of other root vegetables most of us have never tasted, including skirrets (similar in taste to parsnips) and scorzonera (with a flavor described as similar to oysters).

Theories abound about why they fell out of favor; the long, thin roots may have been more trouble than they’re worth to pull out of the ground without breaking. But why take someone else’s word for it? A packet of 20 Skirret Seeds is $3 from Amishland Seeds and a packet of Scorzonera Seeds is $3.95 from Johnny’s. 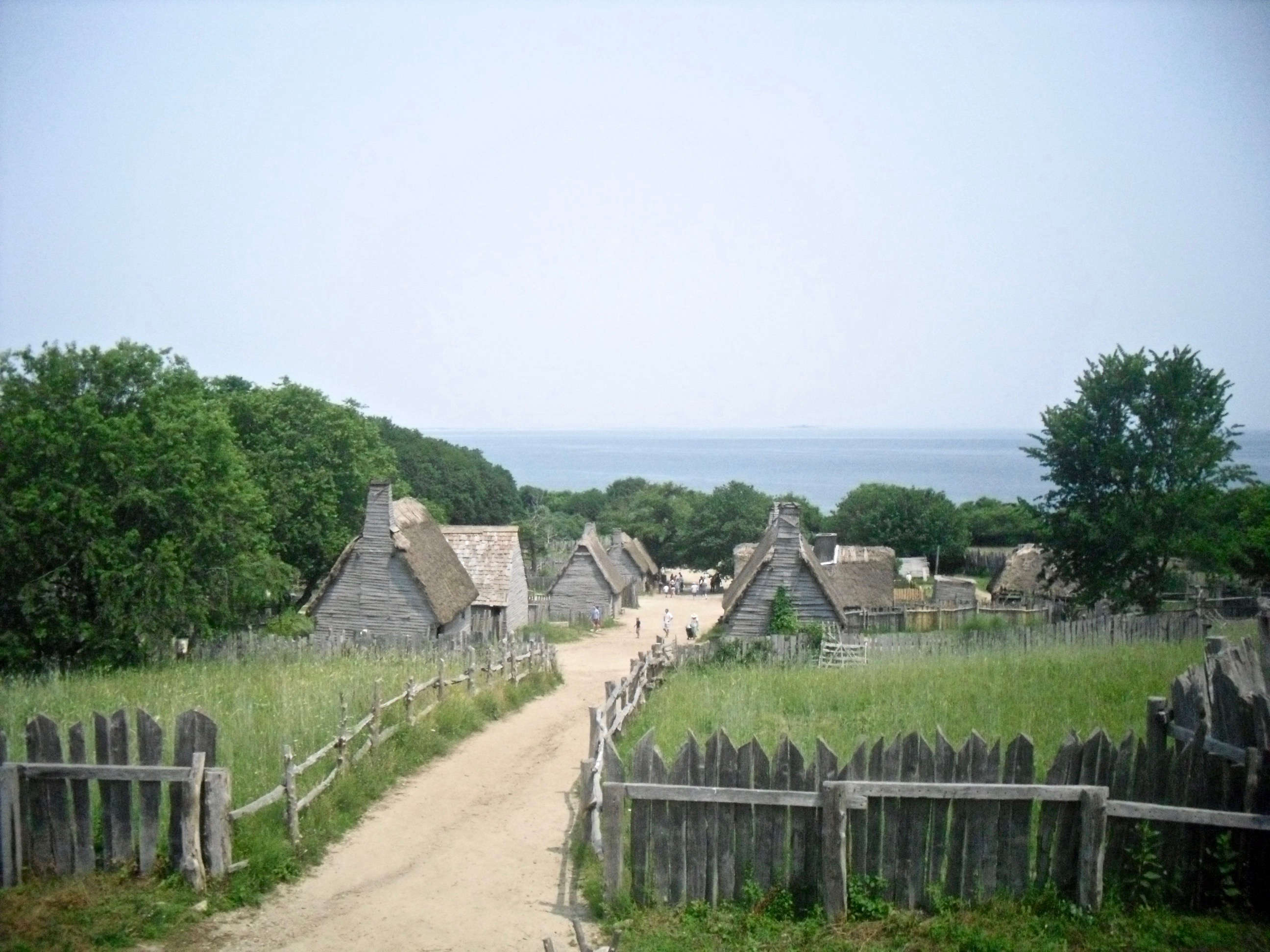 Above: Plimoth Plantation. Photograph by Tr!sie via Wikimedia.

The Pilgrims grew crops in raised beds that were 12 feet long and 4 feet wide, an easy-to-manage size for tilling, weeding, and sowing seeds (even if you were wearing voluminous skirts). The dimensions are just as useful for today’s gardens; limiting a bed’s width to 4 feet makes it easy to reach into the middle without having to step on growing plants.

The Pilgrims hung dried herbs from hooks and rafters in their homes, keeping them at arm’s reach for cooking, making remedies, and brewing tea.

Above: Photograph by Justine Hand for Gardenista.

The Pilgrims dried vegetables to preserve them through the winter. It’s a useful technique for today’s cook, because drying vegetables concentrates flavor. For step-by-step instructions, see DIY: Colonial Dried Vegetables.

The Pilgrims relied on herbs for medicinal purposes and grew other plants, as well, for natural remedies. Rumex patientia (patience dock) is now considered a weed; in colonial times, it was a cure for constipation. In a modern garden, many common plants–from calendula to mint–also have medicinal purposes. For ideas, see First Aid: 5 Essential Healing Plants to Grow Now. 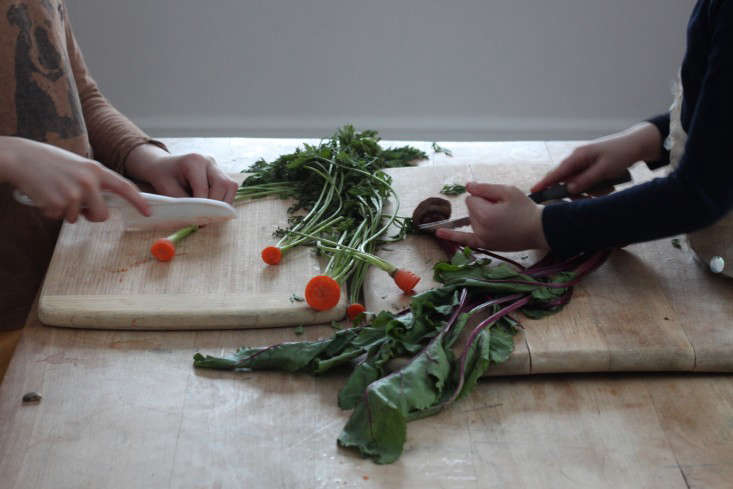 The Pilgrims kept a compost pile in the corner of the garden, where it was easily turned and forked and moved as necessary. My grandmother had one too. If you want to start composting, you don’t need a bin or a box or anything fancy; just rake a pile leaves into the corner of the garden and start from there. For more easy composting ideas, see DIY Compost: Are You Obsessed?

Take Care of Your Tools 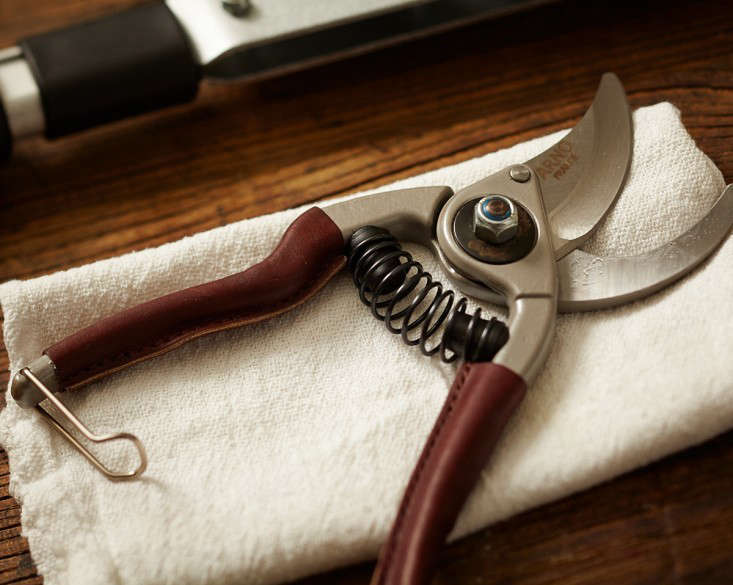 Above: Photograph by John Merkl for Gardenista.

The Pilgrims came ashore with simple garden tools. There were no rototillers, electric leaf blowers, or gas-powered lawn mowers aboard the Mayflower. In a modern garden, old-fashioned tools may well be enough. Buy high-quality tools, take good care of them, and they will give you pleasure for a lifetime. If you’re putting together a starter set of garden tools, we’ve collected our favorites in The Gardenista 100: Best Hand Tools and Best Tools: 10 Favorite Garden Forks.

Recipe Roundup: 5 Favorites to Bring to a Holiday Potluck Party